As the United States remains the only advanced industrialized nation without a guarantee of paid leave for new parents, the European Union is poised to take a big step forward in helping new dads.

A directive that mandates fathers, with inclusion for same-sex partners, be allowed at least 10 working days of paid paternity leave was agreed upon by EU leaders last week. It is now awaiting the approval of the union’s 28 member states.

"It gives a huge boost to promoting equality of women and men across the EU," Marius-Constantin Budai, Minister of Labour and Social Justice of Romania, said in a statement announcing the agreement.

(MORE: This new mom shared her manager's response to her plan to pump at work and it's what all women want)
Editor's Picks

"This directive will encourage the participation of women in the labour market and the equal sharing of care responsibilities between women and men," he said. "It will also contribute to closing the gender gap in earnings and pay."

(MORE: 'We are the adults': Dad and step-dad pose with daughter before father-daughter dance)

In the U.S., it is left up to employers to decide how much -- if any -- paid parental leave to allow. The U.S. is the only advanced industrialized nation without a guarantee of paid leave for new parents, according to the Organization for Economic Cooperation and Development (OECD).

The idea of paid paternity leave in the United States is something that still makes news when a high-profile company announces it is offering it for the first time or expanding a current offer. 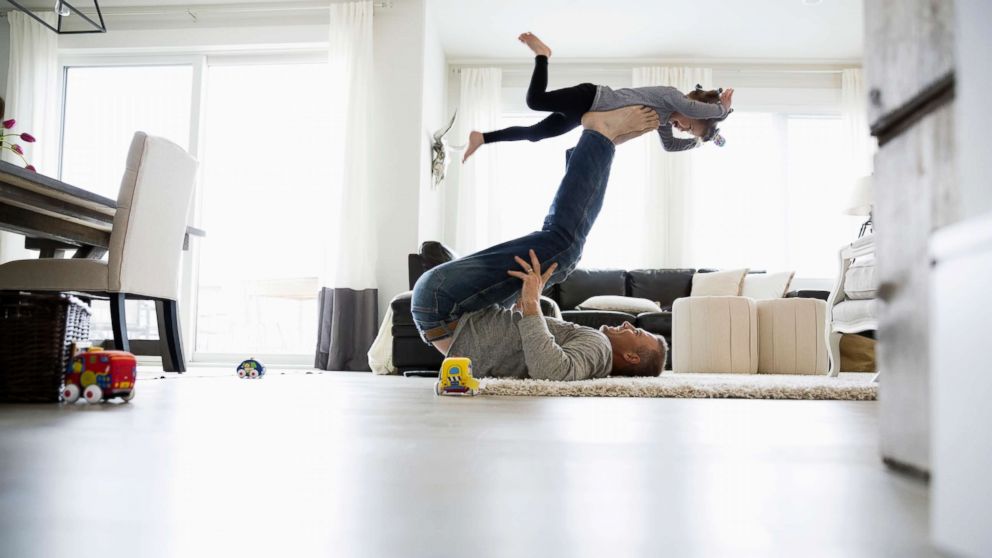 Though a majority of Americans support paid paternal leave, it is backed by nearly 20 percentage points less than those who support paid maternity leave, according to a Pew Research Center survey.

The median length of paternity leave for dads in the U.S. is one week, according to Pew .

More than half of American workers -- 59 percent -- qualify for unpaid leave of up to 12 weeks under the federal Family and Medical Leave Act to care for newborns, children or other family members who are ill, according to the U.S. Department of Labor. But only 13 percent of U.S. workers have access to paid family leave, according to a 2016 U.S. Bureau of Labor Statistics report.

In California, Gov. Gavin Newsom made headlines earlier this month when he proposed a plan to mandate six months of paid parental leave for all Californians that could be split between parents.

Providing paid leave that is mandatory for dads versus shared among parents is more effective in getting dads to take time off to care for their newborns though, according to data from the OECD.

In Scandinavian countries, required paternity leave has been dubbed the "daddy quota." It has proven successful in getting dads to take time off for their kids, with the OECD reporting it led to a doubling in the number of parental leave days used by men in Iceland and Sweden.

The OECD also finds that new dads taking time off work can help fight hiring discrimination against women because employers begin to see men and women as equally likely to take time off work for births.

In addition to hiring discrimination, women -- both pregnant and not -- already face a gender pay gap in which they earn 80 cents for every dollar earned by a man (a gap that increases for non-white women). That pay gap only increases when women step away from their careers after having a child, experts say.

Paternity leave impacts not just the workplace, but home life, too, of course. Having a new dad stay at home can both improve couples' relationships and help make the distribution of labor (changing diapers, doing laundry, cleaning, etc.) more equal between men and women from the start, according to a recent study by Ball State University that looked at 4,700 couples.

"Given that burdens of housework and child care often disproportionately fall on mothers, taking paternity leave — and longer leaves — may help to promote a more equitable division of labor in families and help mothers to feel that is fair," Richard Petts, a Ball State sociology professor who co-authored the study, said in a statement.