This Father's Day, ABC News correspondent Will Reeve, on assignment in Alaska for "Good Morning America," reflects on his memories of his late father, actor Christopher Reeve.

Reeve's father, the legendary "Superman" actor, was paralyzed in an equestrian competition in 1995. Christopher Reeve became an activist and advocate for spinal cord injury research, founding the Christopher & Dana Reeve Foundation, before his death in 2004 at age 52.

Will Reeve, who developed his fascination with whales from his father, writes about realizing his childhood dream of seeing whales in Alaska and feeling reverberations of his dad all around him.

As a child, I was obsessed with a National Geographic documentary about gray whales. It's an hourlong exploration of their annual 5,000-mile migration from the frigid waters near Alaska to the fertile lagoons of Baja Mexico. The host of the special is dynamic and strapping and adventurous; he pilots a single-engine airplane over the expanse of the Pacific Ocean, sails with native Alaskans in a traditional whaleskin canoe, makes authentic tortillas with Francisco "Pachico" Mayoral, and in a dramatic and poignant final scene, slips over the side of a small boat in scuba gear to swim with a mother gray and her newborn calf as they begin their return trip north. It is compelling experiential journalism, and I knew from that young age that I wanted to be just like the man on my screen.

I wore down the tape on our VHS copy, watching the man in the middle of the action, fascinated and enthralled by his charisma and enthusiasm, by the way he moved. I fell in love with whales -- they became and remain my favorite animal -- and dreamed that when I got older, I'd go to see them up close, just like the man on my screen. Better yet, with him.

The man on my screen was my dad. We never got to see whales together. We never got to do a lot of stereotypical father-son stuff -- no catch in the backyard, no birds and the bees, no driving lessons, no prom pictures, no college visits, no guy's dinners in New York City -- because he was paralyzed when I was not yet 3 and died when I was 12. While I haven't been able to celebrate with him on Father's Day for 17 years, I honor him today with joy and a dream realized. I saw whales in Alaska last night, up close, and felt dad was with me. 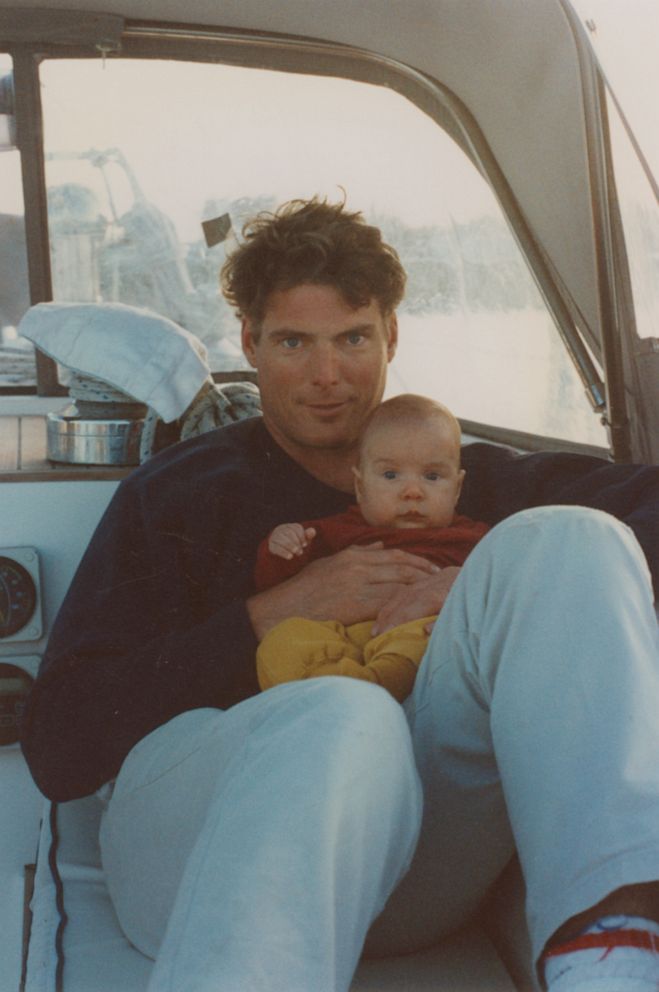 Courtesy Will Reeve
ABC News' Will Reeve is pictured as a baby with his late father, Christopher Reeve.
Editor's Picks
***

In our short time together, my dad gave me everything: his love and attention, his values and passions. When he died, I was certain my purpose in life was to be him, to seamlessly carry on his legacy, to leave no separation between where Christopher Reeve ended and where Will Reeve began.

I quickly learned what a futile endeavor that would be. My dad was a hero to millions of people around the world. How could I ever live up to that? I worried I'd fail. Whenever I was asked what I hoped to do with my life, I'd say something about wanting to honor my parents, both of whom died before I reached high school. But quietly, I feared I'd never meet the standard. 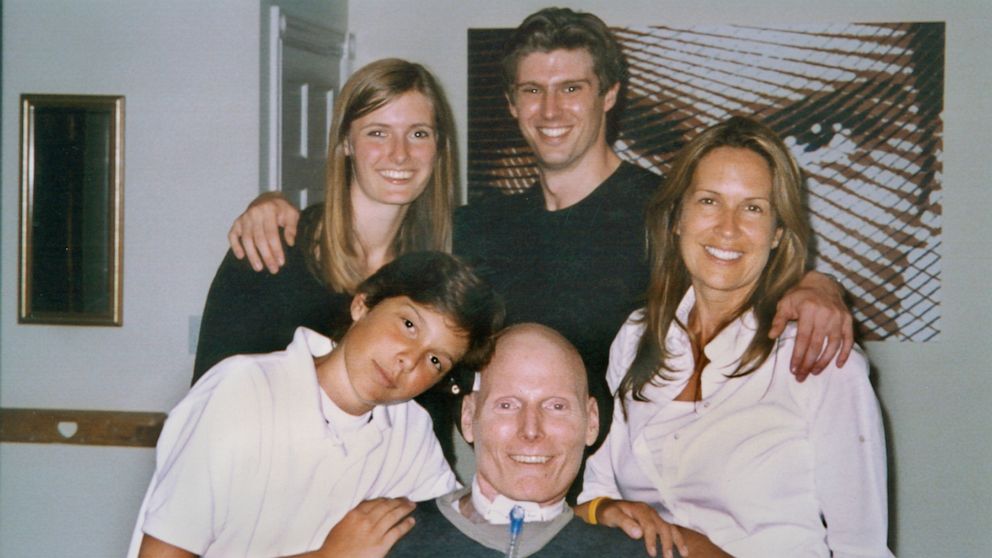 Will Reeve
ABC News' Will Reeve shares a family photo.

I'm 29 now and have finally started to understand what honoring my dad actually means. I thought it meant following the roads he would want me to go down, or to live my life as his proxy, making up for lost time according to his thwarted dreams. Turns out, our parents want us to find out who we are and go be that. That is the ultimate form of honor.

Like many missing the main character every third Sunday in June, I never feel fully whole on Father's Day. But I find peace and strength in the fact that the greatest gift I can give my dad is to keep him in my heart while I follow it wherever it leads me.

It's an unfathomable privilege to get to do what I do. I travel the world and meet interesting people and tell important stories, as my job. My parents would be proud, but it would have nothing to do with being the man on the screen, and everything to do with me finding a life of fulfillment and meaning. In the past two months, I've been on a run of dream assignments: I've reported from Iceland, Italy, Arizona, Maine and Tennessee, with more adventures imminent. And, in a sweet case of sentimental symmetry, I'm now in Alaska on Father's Day weekend.

I'd dreamed of coming to Alaska because my dad loved it. We'd always talked about visiting together some day, maybe when he could walk again. What an ideal place to honor him on Father's Day weekend, I thought, especially since I'm here for a job that I cherish and work hard at.

I find peace and strength in the fact that the greatest gift I can give my dad is to keep him in my heart while I follow it wherever it leads me.

On assignment for "Good Morning America's" "Rise and Shine" series, Alaska has been the bucket list experience I imagined. My crew and I have gone dog sledding, kayaking, hiking and visited a wildlife conservation center, an aquarium and the Alaska Native Heritage Center. The Heritage Center was the first stop on our schedule. The drive from downtown Anchorage features the picturesque mountains and fjords and open water exactly like you'd envision, only better.

There's a municipal airport nearby, and hearing the thrum of the propellers of bush planes like my dad flew here -- when he was the man on my screen -- made me emotional. With those sentiments swirling, my dad let me know that I was in the right place. (Wherever you come down on signs from a higher power or the universe or lost loved ones, I'd ask that you indulge me on this one.) As I'm driving past the municipal airport, seeing those planes my dad flew way back when, admiring the views that surpass imagination, I see a street sign: "Reeve Blvd." 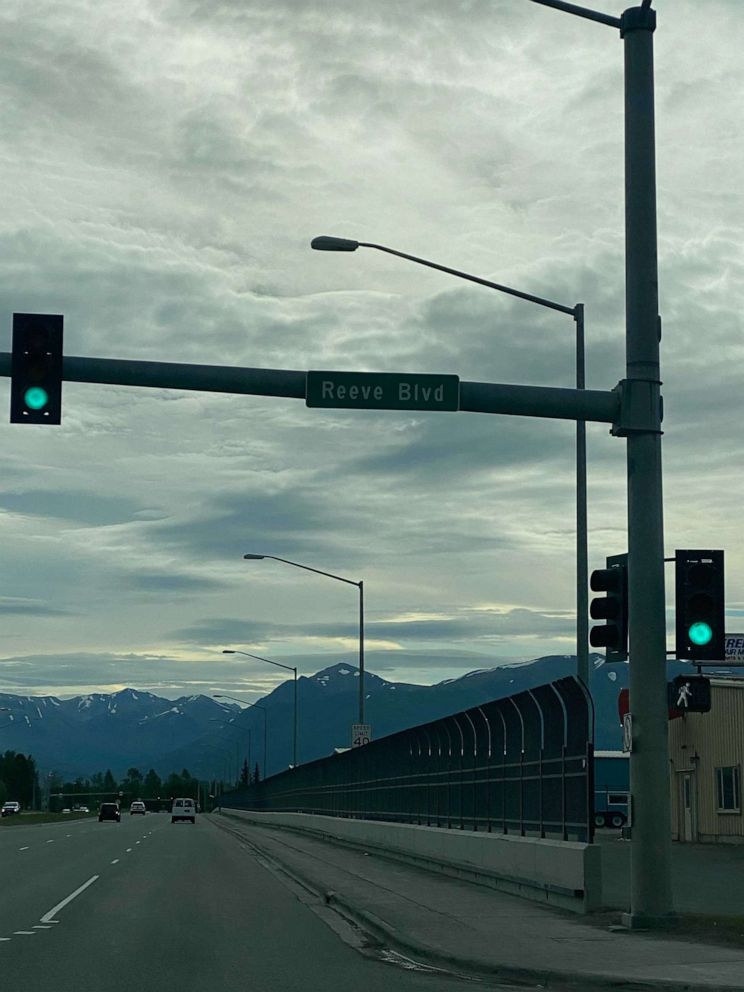 It may not seem like much. It's a street name. But when you miss someone so deeply, when you spend so much time wondering if you're on the right path, doing the right things, being the right person and you don't have your hero around to help you, the slightest cosmic reassurance feels profound. My dad was with me.

My greatest dream of Alaska, and of my dad, was born in front of that screen when I was small, falling in love with whales and the mobile version of my father I never really got to know. I saw him in his wheelchair, but imagined all we would do together once he was free. The man on my screen would come to life. We would go to Alaska to see whales.

I finally made it to Resurrection Bay – perhaps the most magical stretch of the state’s 45,000 miles of shoreline. Last night for our "GMA" piece, we followed orcas and humpbacks around their gelid turquoise home. At one point, our boat was surrounded by killer whales, a massive solitary male to starboard out in open water, a mother and her calf and some mischievous teens hugging the coast to our port side. With the engine shut off, the only sounds were waves crashing on the rocks, and whales coming up for air. And the sounds of a giddy correspondent.

I was as excited and energized as I’ve ever felt. It was like I was back in front of the TV in my childhood home, watching the man on my screen share his wonder at the gray whales he was seeing. I stood at the stern of our tiny vessel and scanned the horizon for signs of life; any time a spout of water shot up, I’d flail my arms and notice the smile screwed on my face. I was there for work -- we certainly got plenty of footage -- but it felt like play. I wondered if my dad would give me one final Father’s Day sign-- perhaps a humpback breaching right across our bow, or an orca swimming alongside our boat as the clouds parted overhead. That didn’t happen. Instead, as I went about capturing the wonders of Alaska for our "GMA" audience, I felt a clarity of purpose and peace of mind.

This whole trip has been a serendipitous way to honor my dad on Father's Day weekend; hard work, adventure, storytelling -- he valued all of it, and that's what I'm doing here and what I try to do every day.

I learned from the man on my screen that the gray whale migration is the longest of any mammal. Sometimes the human journey can feel longer, and lonelier. We honor our fathers and our mothers and their legacies by finding out why we’re on it.