Janne Kouri, who was paralyzed in 2006, has accomplished what most able-bodied people will never do. He completed a 3,100-mile ride across the country, from California to Washington, D.C.

Kouri completed the ride to raise money and awareness for people living with paralysis. He used a specialized power chair and was surrounded by family and friends on his two-month journey. 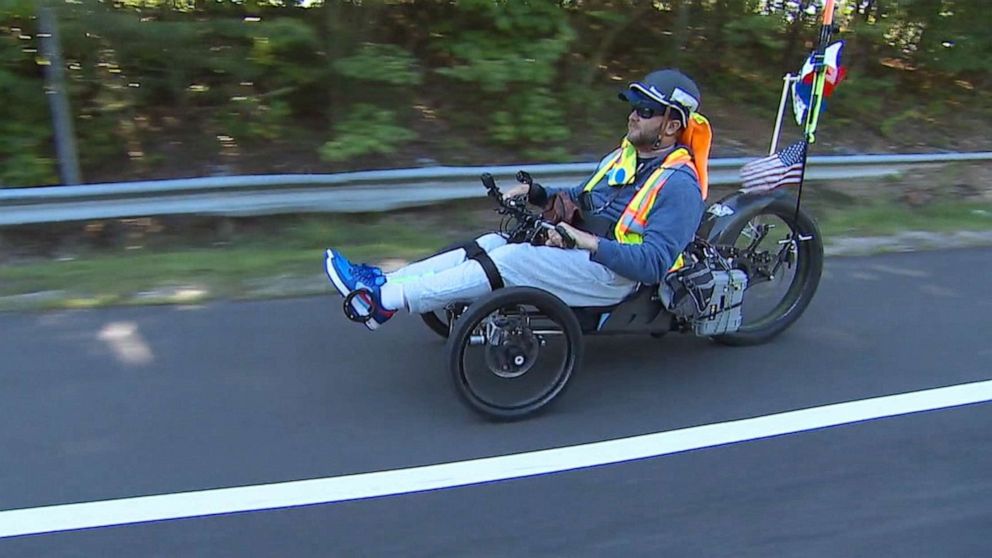 ABC News
Janne Kouri, who was paralyzed in 2006, completed a 3,100-mile ride across the country, from California to Washington, D.C.

One of those friends was ABC News correspondent Will Reeve, whose own father, the late Christopher Reeve, was paralyzed in a horse riding accident in 1995.

"People used to tell my dad, 'You were meant for this to happen to you,'" Reeve recalled. "And he was like, 'What do you mean? I had a life. I had plans and now they've completely changed.'"

When Reeve asked Kouri if he has found himself equipped to handle all he has been through, Kouri replied, "Definitely."

"I knew it happened for a reason," Kouri said of the 2006 accident that left him instantly paralyzed when he dove into a sandbar in the Pacific Ocean.

Kouri said his "reason" is NextStep Fitness, the Los Angeles-based non-profit organization he founded in 2008 to make rehabilitation and fitness available to individuals living with paralysis. Today there are seven NextStep Fitness gyms across the country and there are plans to expand.

"Insurance on average only covers 36 days of rehab for people, and then you're sent home with access to nothing," Kouri said. 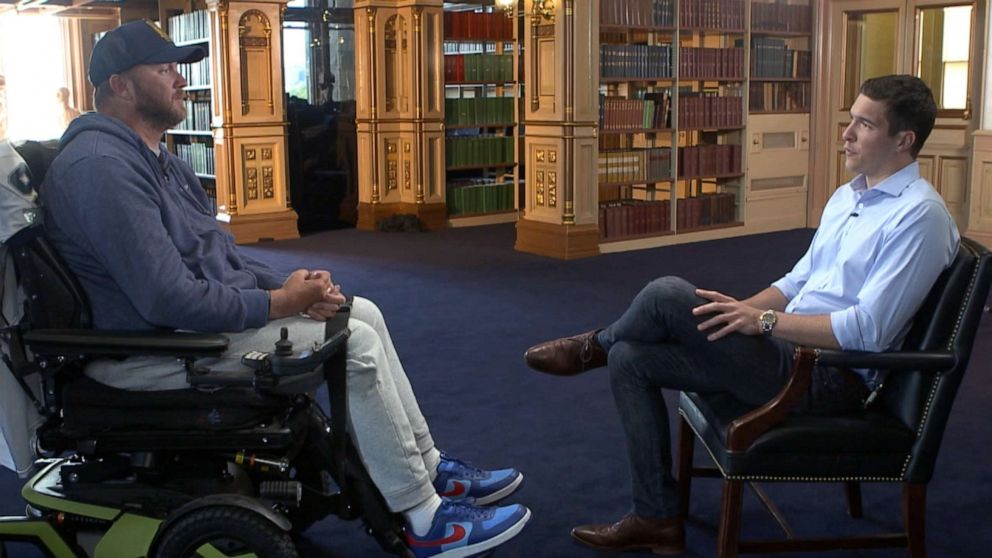 ABC News
Janna Kouri talks with ABC News correspondent Will Reeve, whose own father, the late Christopher Reeve, was paralyzed in a horse riding accident.

NextStep is a member of the Christopher and Dana Reeve Foundation NeuroRecovery Network (NRN), a network of rehabilitation centers founded by Will Reeve's late parents.

Kouri's own commitment to exercise and physical therapy has brought him personal returns, too. In May 2009, Kouri took his first steps in three years with the assistance of a walker.

At the time of his accident, Kouri, a former star defensive tackle for Georgetown University's football team, was told he would never walk again. 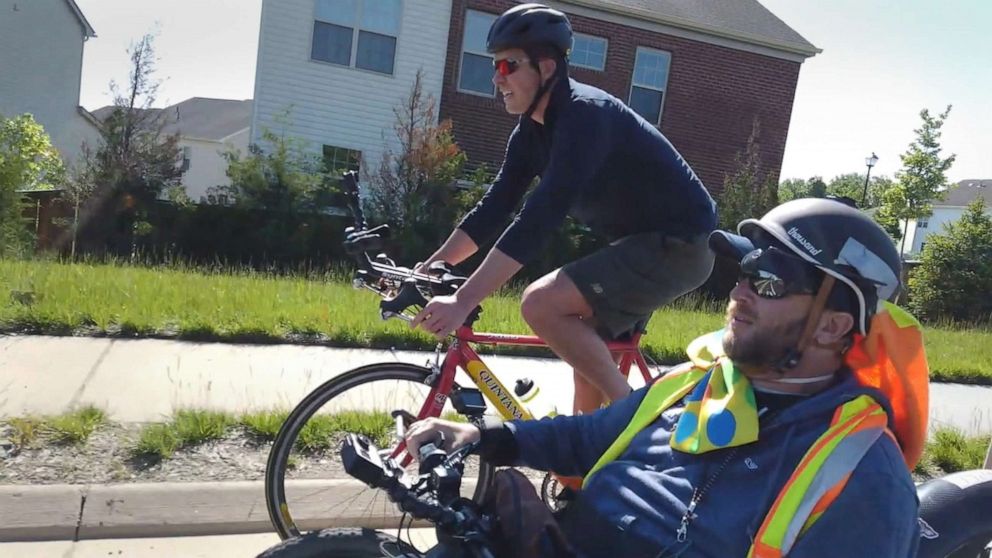 ABC News
Will Reeve rides alongside Janne Kouri during his two-month journey across the country.

"What I love and miss and I'm so grateful in that moment is just how tall he is," said Kouri's wife, Susan, who was his girlfriend at the time of his accident. "I forget that most days and it's just great to see him in that way, to see him standing and see him be as large in stature as he is in his heart."

(MORE: Woman's foster dog has a part-time job learning to sniff out cancer)

Kouri said his greatest physical milestone recently has been his ability to ride across the country. The ride raised over $350,000 for people living with paralysis.

He has another major goal planned for 2021, he told Reeve, but has not yet revealed the details.