A 9-year-old boy who was diagnosed with type 1 diabetes in November received a life-changing surprise Friday on "Good Morning America."

The boy, Eli Morgan, met the Labrador retriever who will soon be his constant companion as his diabetes alert dog. 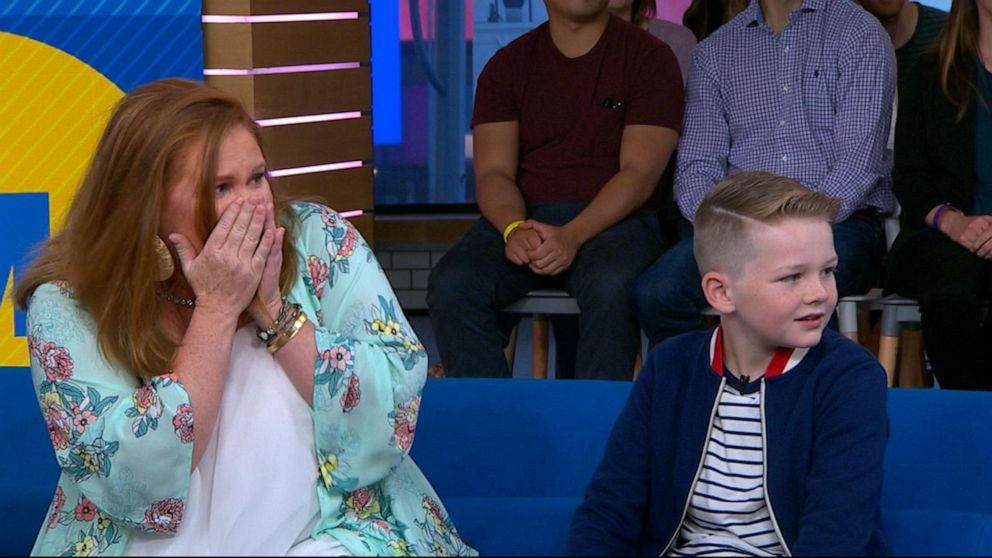 Eli and his family had been on a wait list for a diabetes alert dog for the past four months. Their new dog, Polar, will now undergo anywhere from eight to 12 months of training before he returns to Eli full-time. 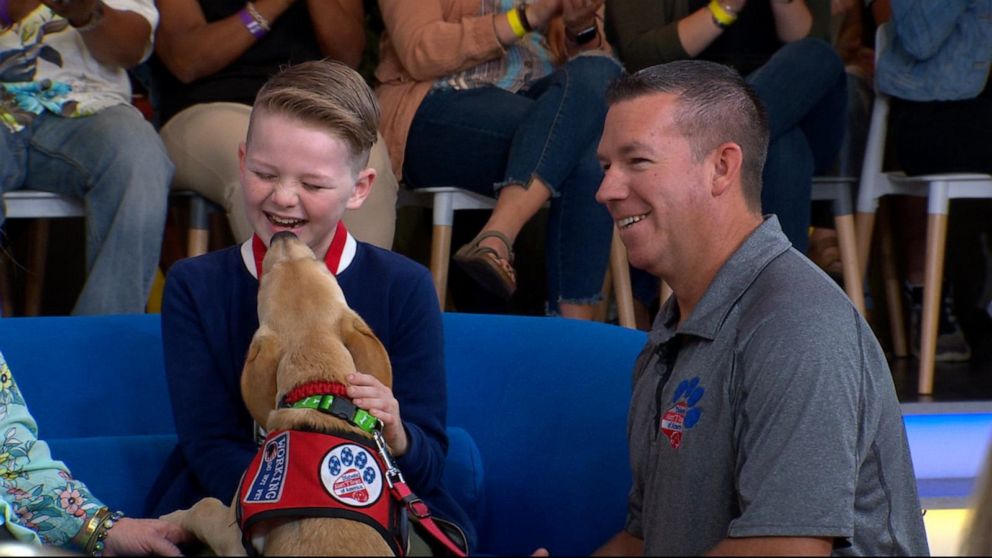 Polar will be specially trained to smell Eli's scent and be able to notice changes in his blood sugar. Those changes can be life or death for a person with type 1 diabetes, a chronic condition in which the body can't make insulin, the hormone that regulates blood sugar.

"It’s peace of mind., just the security of knowing someone else is looking out for him too," said Eli's mom, Brooke Morgan. "And empowering him to just kind of, you know, take control of his disease." 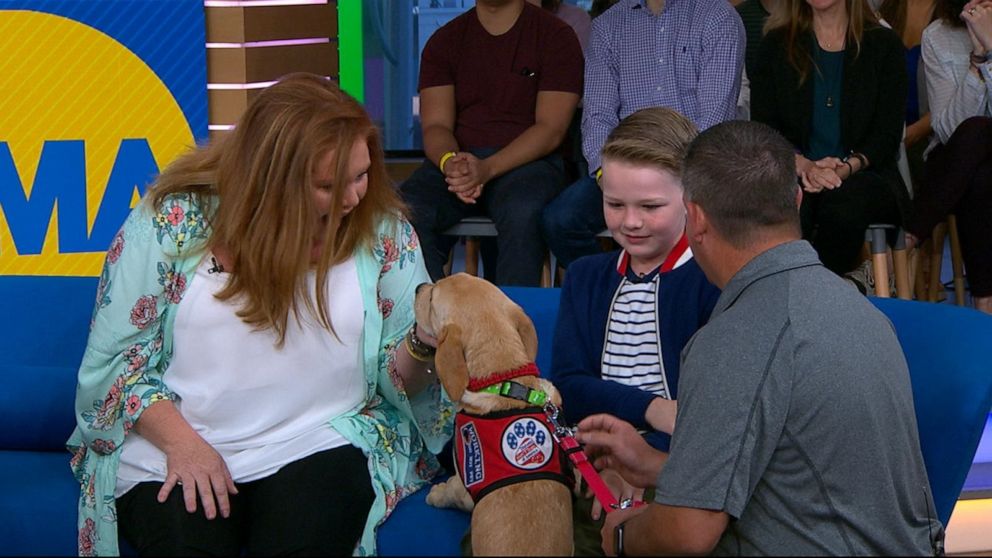 For someone like Eli with type 1 diabetes, a missing drop in their glucose can end up becoming a matter of life and death if hypoglycemia, the medical term for low blood sugar, sets in, according to ABC News' chief medical contributor Dr. Jennifer Ashton. Symptoms of hypoglycemia can include confusion, blurred or impaired vision, seizures -- and if not treated immediately it can lead to death. 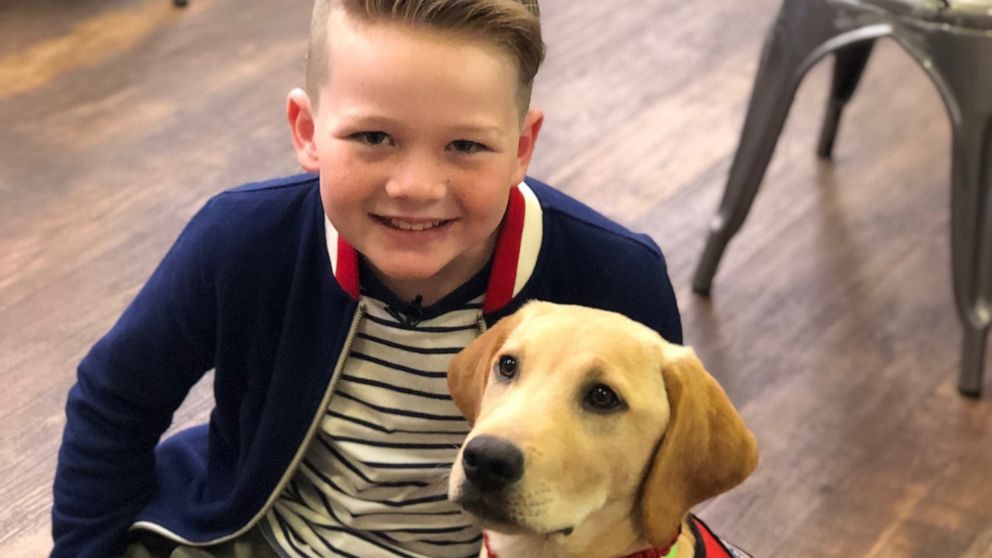 "It can be dangerous if your blood sugar goes very, very high, which it can, and it can be very dangerous if it goes very, very low," Ashton said Friday. "With type 1 diabetes, different than type 2 [diabetes], your body is not making enough insulin so [people with type 1] need to take insulin in, which they do constantly."

People with type 1 diabetes must check their blood sugar levels constantly by pricking their fingers for blood and testing with a device called a glucometer. They must also deliver insulin into their bodies, through either shots or an insulin pump.

Having a trained dog like Eli soon will with Polar does not mean that a person with diabetes can stop monitoring their blood glucose levels, Ashton warns. It's incredibly important to remember that these dogs provide an added layer of protection, but it's still important to continue careful and diligent monitoring in case the dog ever does miss a sign.

Moreover, a medical alert dog can't deliver insulin or count carbohydrates. The person with diabetes still needs to do that work.

Matt Tarro, who has type 1 diabetes, brings his diabetic alert dog, Forrest, with him where ever he goes. 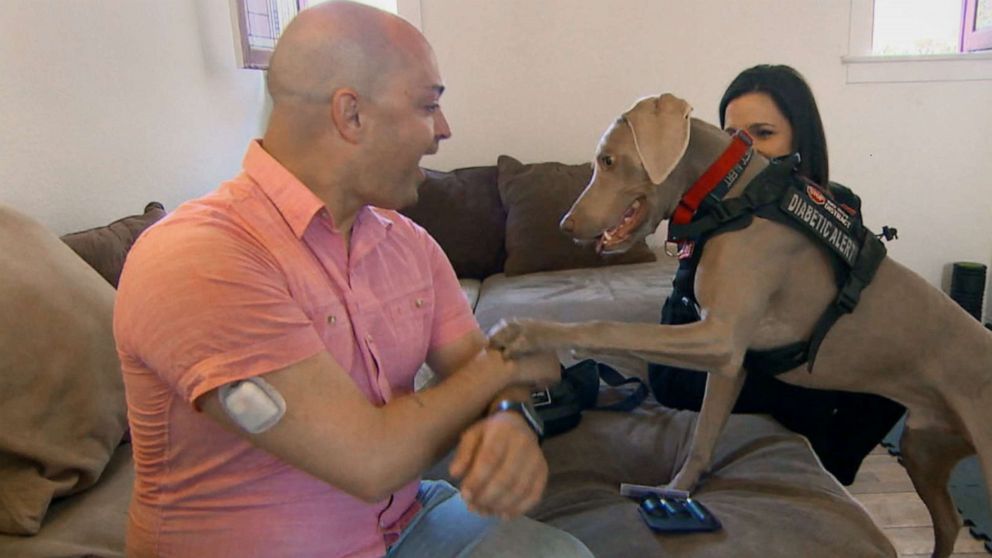 ABC News
Matt Tarro, who has type 1 diabetes, is supported by his diabetic alert dog, Forrest.

Tarro said Forrest alerts him to changes around six times a day, indicating with his paw to tell him that he needs "to be mindful of what my blood glucose is right now."

Since he met Forrest two years ago, Tarro says he no longer feels alone in the fight.

"To have somebody with me all the time whose only job is to squeeze my arm when something's wrong," he said. "There's nothing better in the world."