At a time when approximately one in 13 U.S. children are suffering from food allergies, some parents are turning to canine friends to help save the lives of their kids.

In honor of Food Allergy Awareness Week, which kicked off Monday, "Good Morning America" is putting a spotlight on a new defense against allergy attacks: trained dogs who work as service pets and potential lifesavers.

Hayden Kreikemeier, 13, first got his Labrador retriever, Trixie, three years ago to help with his life-threatening nut allergy. 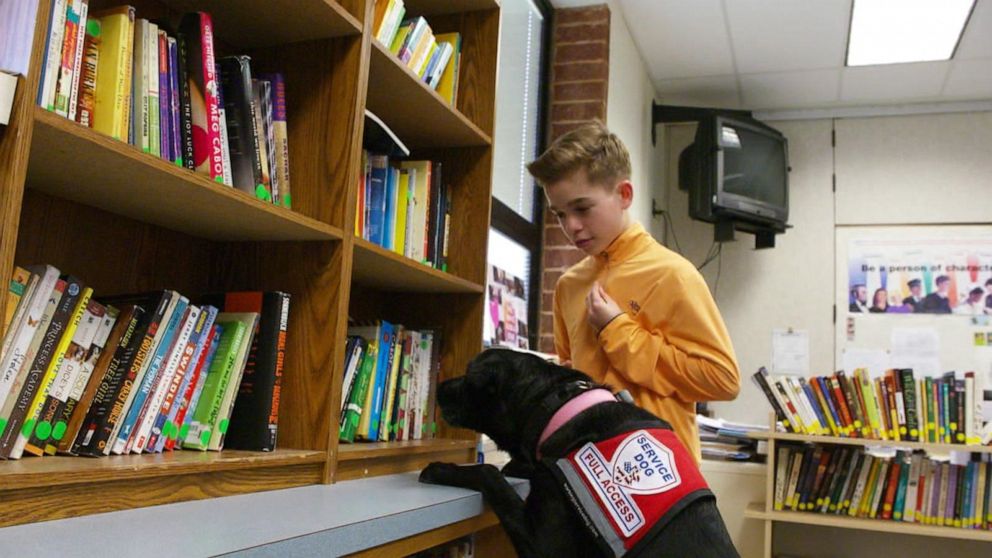 Trixie likes treats and playing fetch, but she is more than just a pet to Hayden's family -- she is a trained super-sniffer who can potentially save lives and is specially trained to detect 12 different kinds of nuts that Hayden is allergic to.

Trixie accompanies Hayden everywhere he goes, from school to hangouts with friends.

"I feel safer with having Trixie with me like day to day," he told "GMA."

Trixie is one of the many trained canines in the U.S. who use their naturally keen sense of smell to detect even trace amounts of nuts. 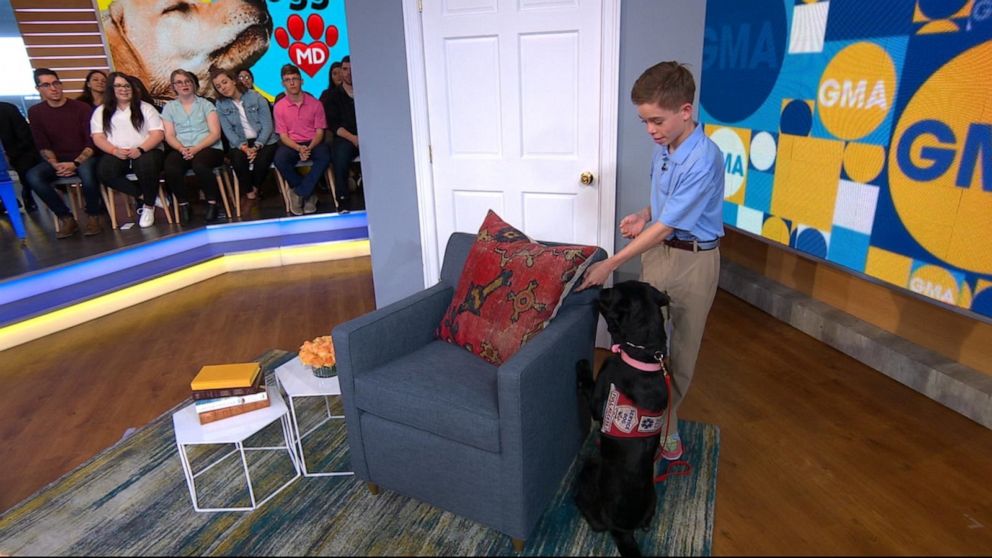 Jay and Kelly Kreikemeier, Hayden's parents, said they first started looking for help beyond just an epi-pen after Hayden accidentally ate a candy bar with peanuts and went into anaphylactic shock, and then a 5-day coma.

"I really thought that we had lost him," Kelly Kreikemeier recalled of the health scare.

"He will not live through another reaction. So you're going to have a choice to make," Jay Kreikemeier said they were told. "You can either keep him at home and keep him away from everything and keep him 100% safe. Or you can continue to educate people around you."

The family said they turned to a company that trains dogs to detect foods that may be deadly to people and found Trixie, who was trained just for Hayden. 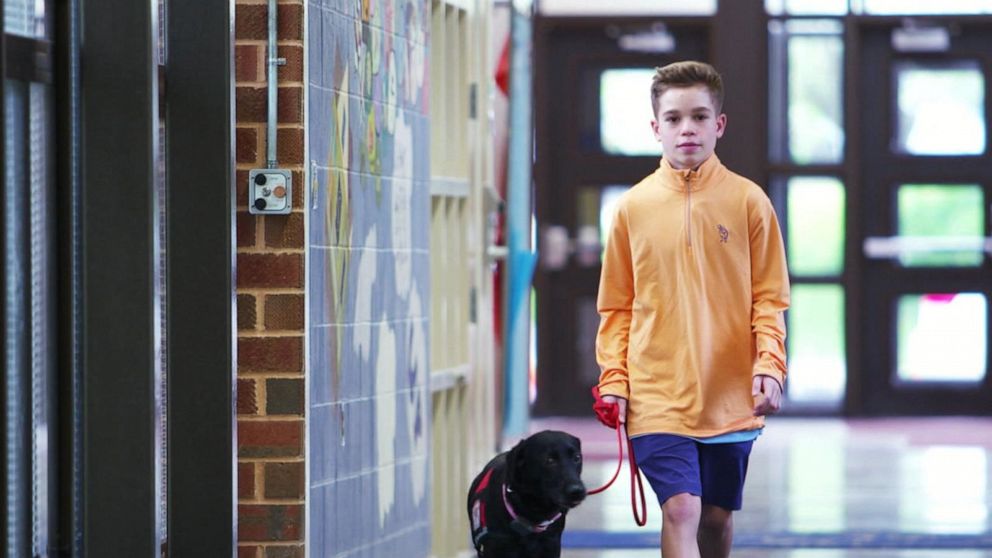 "You can't put a price on her for what she's done for my family," Kelly Kreikemeier said of the dog. "She's pretty special."

ABC News' chief medical correspondent Dr. Jen Ashton cautioned that while dogs have incredibly sensitive noses -- they can detect bombs, drugs and even chemical changes in the body that can lead to seizures -- it is very important that someone looking for an allergy-detection dog does a lot of research ahead of time.

(MORE: This pop-up playground for pups is every dog's dream)

She added that it is also important to remember that dogs like Trixie are not pets, and have a very important job. Thus regular training sessions are vital for the dog and the handler.

Common symptoms of an allergy attack include trouble breathing, throat tightening, light-headedness, and a rash or hives. When an attack occurs, you should treat it immediately with an epi-pen, call 911 or visit the emergency room.

In the meantime, Ashton said that if a person becomes light headed, lay them down with their legs elevated to increase blood flow to important organs. Never prop someone up during anaphylaxis -- keep them lying flat with their face up.

It is also important to note that more than one dose of epi-pen may be needed if symptoms do not stabilize or improve -- so administer another dose five to 15 minutes after the first if needed.

Finally, Ashton notes that epipens have a limited shelf life and should be replaced annually.