A baby born weighing less than 11 ounces, about the size of a human heart, has been sent home after spending 270 days in the hospital.

Connor Florio, now 8 months, was discharged from Blythedale Children’s Hospital in Valhalla, New York, on April 9, 2019. Now, parents John and Jamie Florio are thrilled to have their family all in one place.

Connor arrived via emergency caesarean section on July 13, 2018, at 26 weeks at Westchester Medical Center. He was then transferred to the NICU at Maria Fareri Children’s Hospital and was diagnosed with with chronic lung disease, bronchopulmonary dysplasia and SGA (small for gestational age), among various other medical conditions. 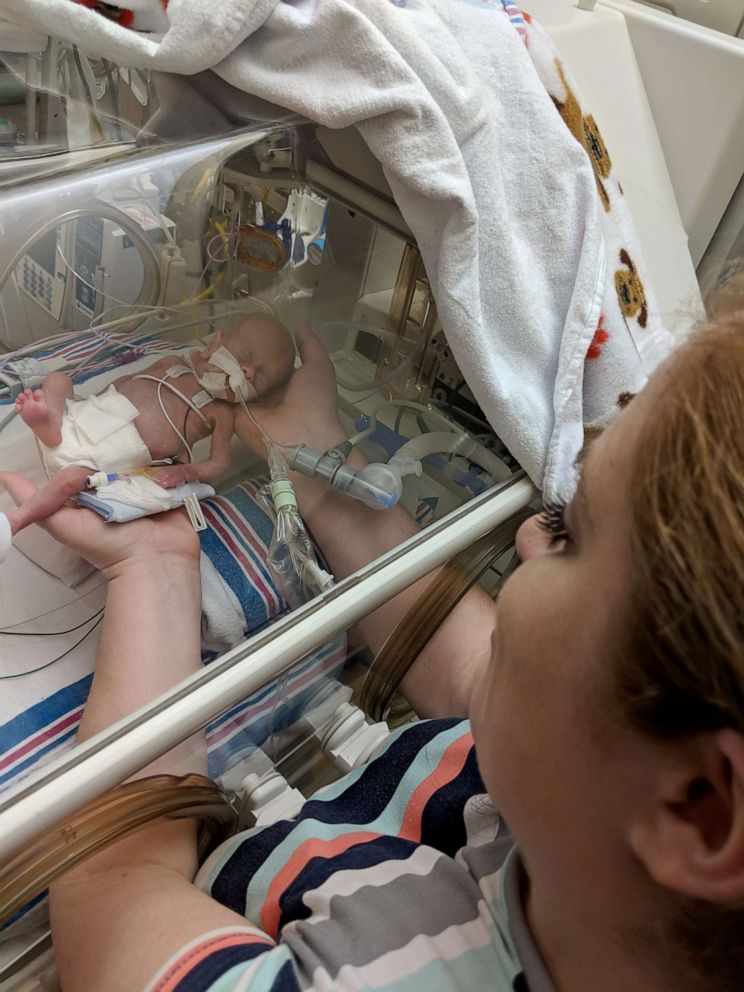 Jamie and John Florio
Connor Florio was born at 26 weeks on July 13, 2018 weighing less than 11 ounces. That's about the size of a human heart.

When he was born, doctors told Connor's parents that their son may not survive.

"We knew that was definetely a possibilty with his size," John Florio said. "I was cautiously optimistic." 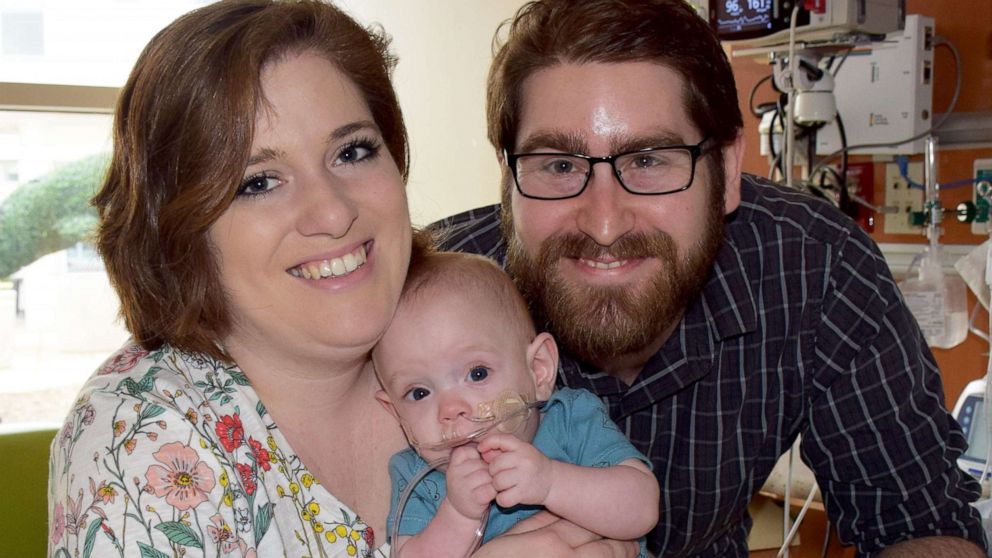 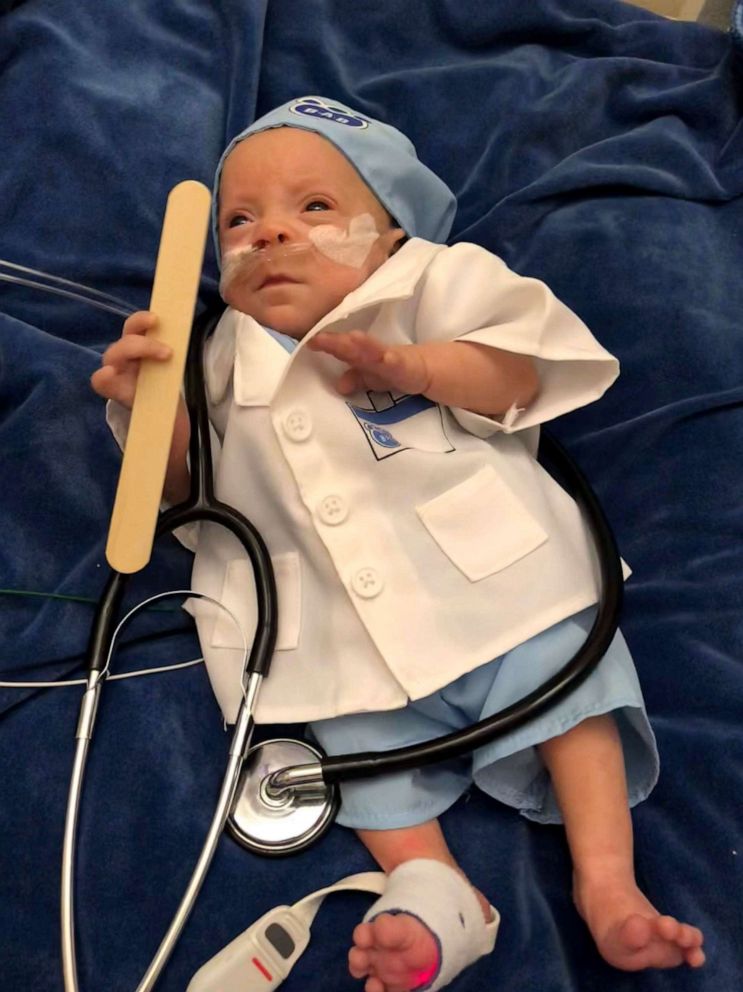 Jamie and John Florio
From the NICU, Connor Florio, now 8 months, was admitted to Blythedale Hospital in New York, where he gained weight.

Dr. Dennis Davidson, unit chief for the Infant & Toddler Unit at Blythedale Children’s Hospital, said a 26-week-old baby born at normal weight would normally have an 80 to 90 percent chance of survival.

"However, Connor was less than half of the appropriate weight for a 26-week baby," Davidson said in a statement released to "GMA." "He was 310 grams which is about 11 ounces, roughly. And his father could literally hold him in his hand. Babies who are that small barely have a chance for survival but he made it through." 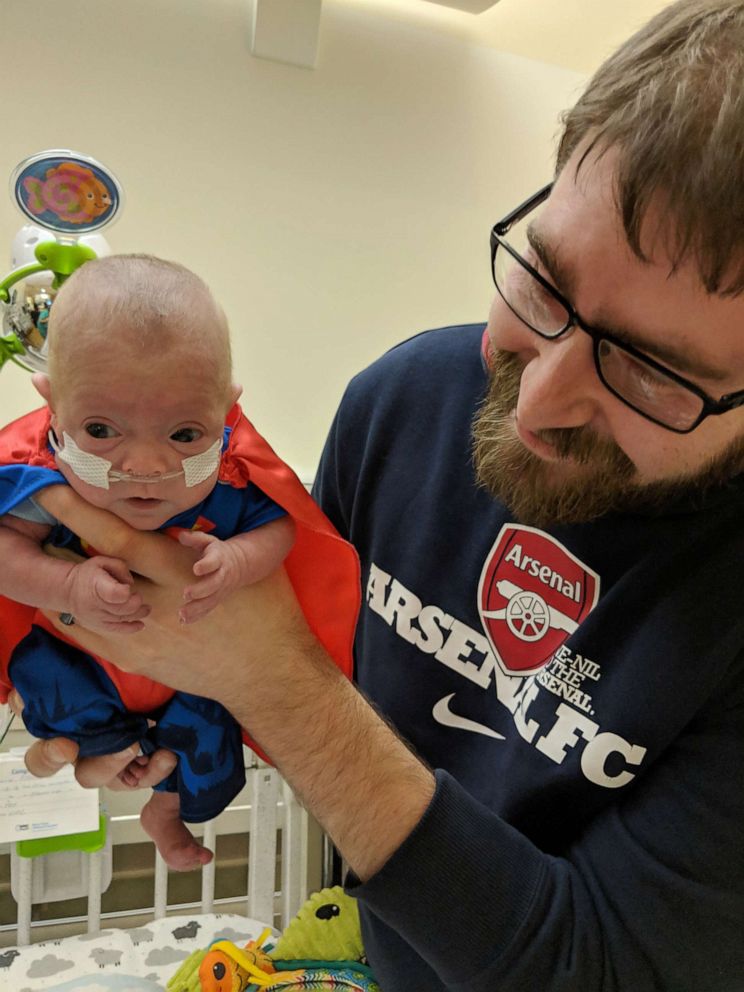 Jamie and John Florio
Connor Florio, now 8 months old, survived a life-threatening situation at birth to the point where he could start rehabilitation at Blythedale Children's Hospital in Valhalla, NY.

"The work at the neonatal ICU at Westchester County Medical Center, Maria Fareri , brought him from a life-threatening situation at birth to the point where we could start his rehabilitation at Blythedale," Davidson added. 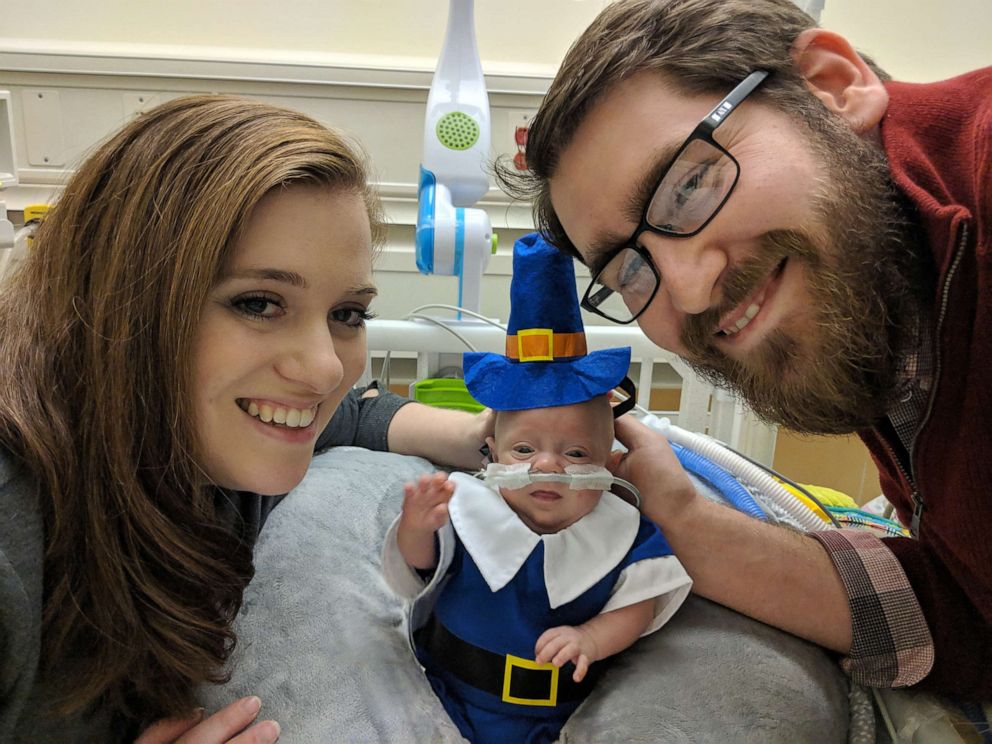 "He attended infant school," Davidson said. "There he became much more interactive, starting to play with toys. So he got a lot of developmental care. Partly from us, but his family was here all the time and you can't beat that."

It's really nice to be our own little family in almost 9 months.

To keep their spirits up, Jamie and John Florio dressed Connor in adorable outfits for Halloween, Thanksgiving and Christmas, among other holidays. 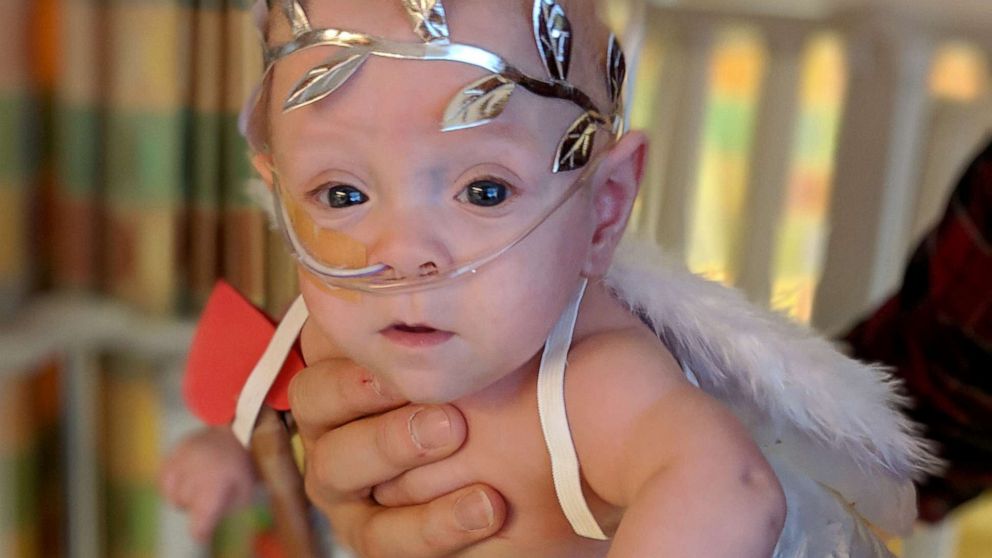 "It's really nice to be our own little family in almost 9 months," mom Jamie Florio told "GMA" of her son's homecoming. "I don't know if Connor would've survived today if it wasn't for the doctors and nurses. They really are superheroes in the NICU."