A Texas author is sharing her perspective on how friendships can change in your 30s and 40s, prompting hundreds of Facebook users to share the post and say how much they can relate to it.

In a Nov. 5 Facebook post, Amy Weatherly re-shared a list of poignant, heartfelt and even funny observations and scenarios that illustrate how friendships evolve from childhood and young adulthood.

"I feel this so so much!!" wrote one commenter, while another chimed in, "This is spot on !! Especially when your friends live in different states !!" 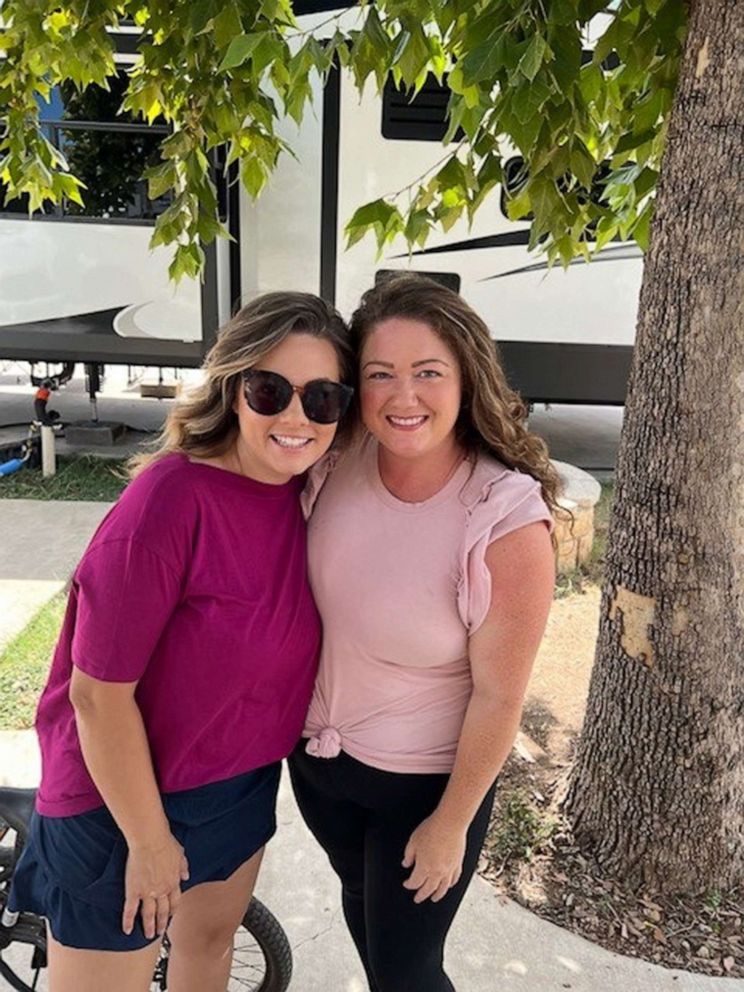 Courtesy Amy Weatherly
When she was younger, Weatherly (left) said she never expected it could be harder to make friends as an adult. Weatherly is pictured here with her friend Lindsey.
Editor's Picks

Weatherly told "Good Morning America" she's alway been "fascinated" by the concept of friendships and has noticed over time how she's had to shift her approach to them, inspiring her to write the post about five years ago. "I think it's this beautiful, wonderful gift that we've been given as humans and I've seen through the years how we just kind of struggled with it, especially as we've gotten older," she said. "It's just kind of about how friendship changes as you get older but our need for it doesn't go away." 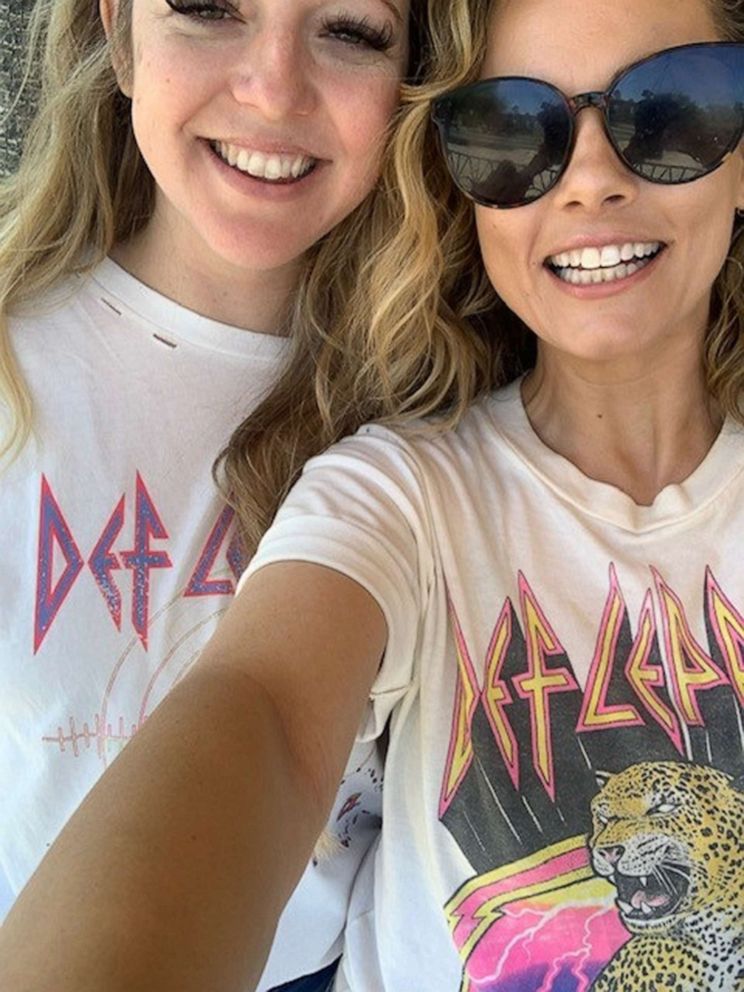 Courtesy Amy Weatherly
Amy Weatherly, pictured here on the right, says she's always been fascinated by friendships and interested in connecting with others. Here, she's pictured with her friend Amber.

"Friendship looks a little different in your 30's & 40s than it used to," Weatherly began in her post. "Now it looks like hanging out together on the bleachers at baseball games." 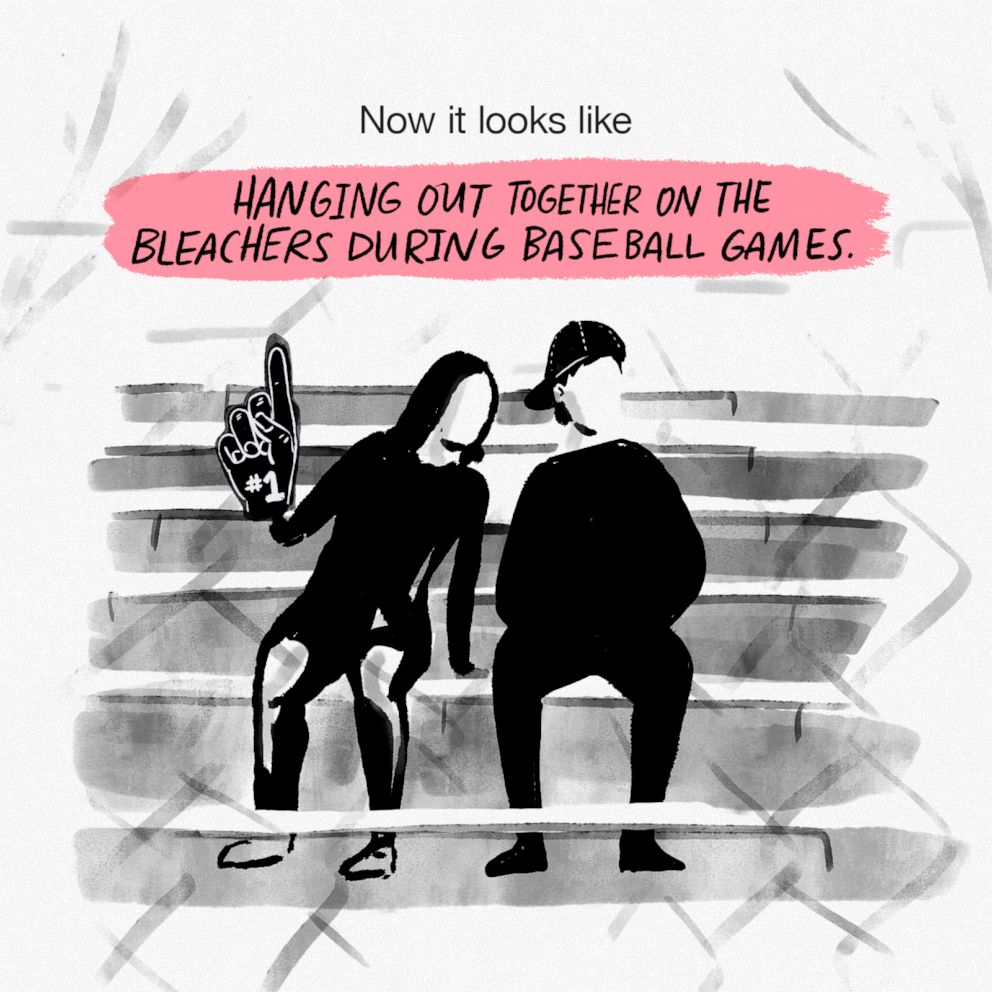 ABC News Photo Illustration: Alex Gilbeaux
According to author Amy Weatherly, friendship in your 30s and 40s might mean catching up with friends at kids’ sports games and activities.

"It was honestly just a quick list of things that I put together, probably while I was sitting at one of my son's baseball games, realizing how much I enjoyed that time," Weatherly said. "Because yes, I love watching my son play baseball. But that is the only time that I had to connect with other women my age."

MORE: Authors of 'I'll Be There (But I'll be Wearing Sweatpants)' share key to building friendships

"Now it looks like 'Hey, how was your mom's surgery? I've been praying for you,'" Weatherly continued in the post. 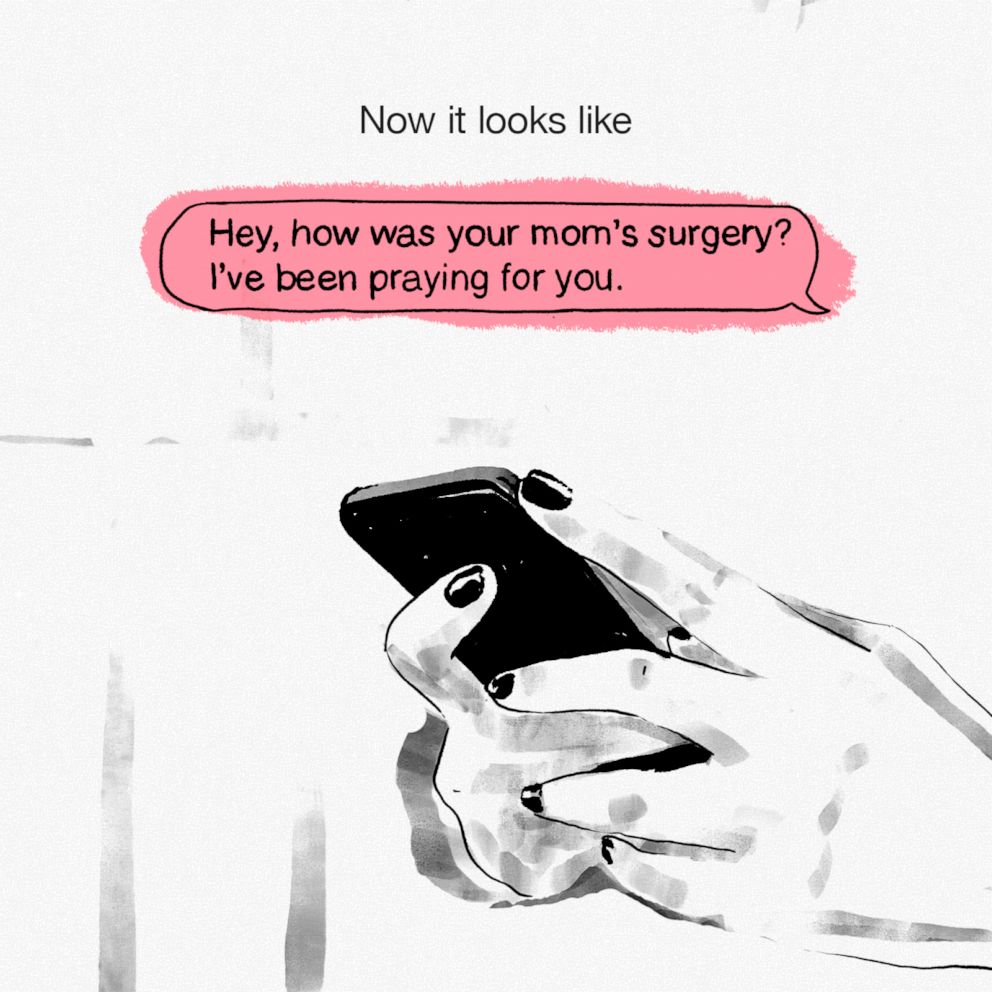 ABC News Photo Illustration: Alex Gilbeaux
Checking in with friends virtually can still matter even if it’s not in person, according to Weatherly.

Another one of Weatherly's favorite observations is: "Now it looks like showing up in your rattiest sweatpants and not even flinching because you know they won't judge you." 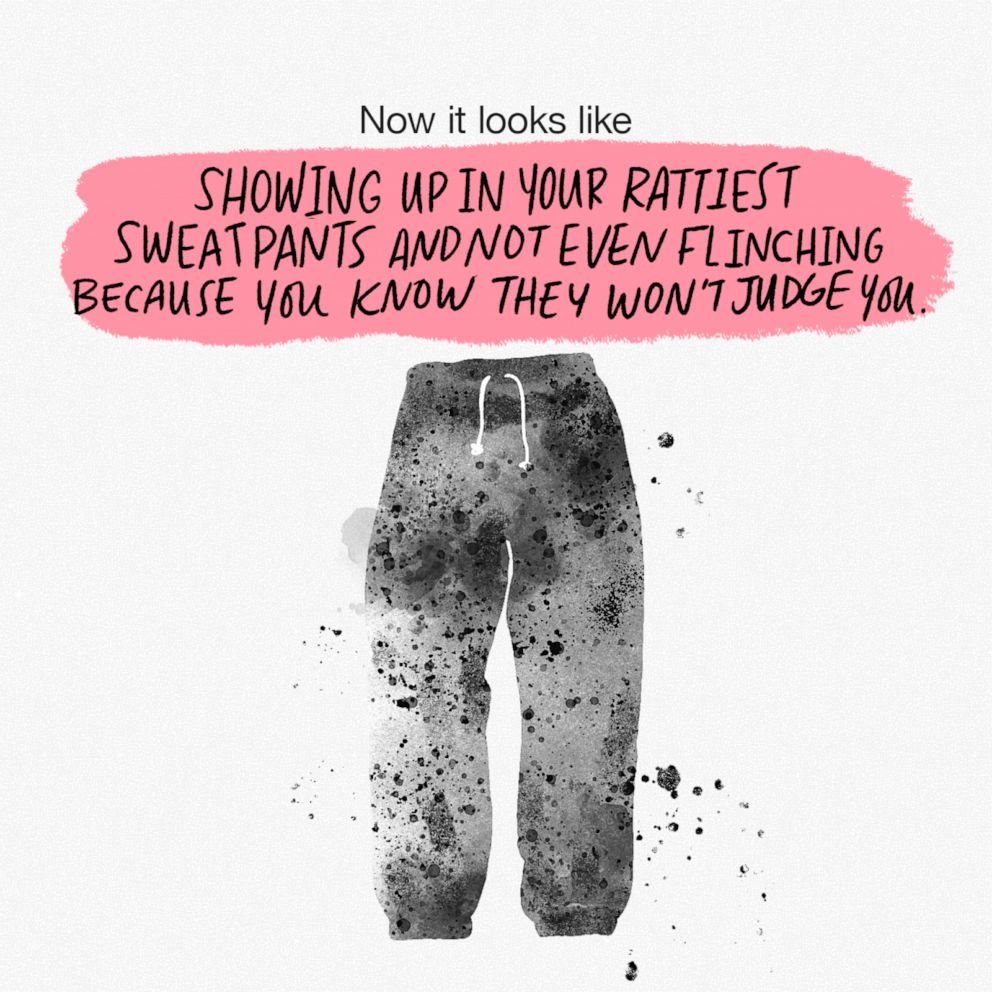 ABC News Photo Illustration
One of Weatherly’s favorite lines is this one, which she calls an example of the “gift of friendship.”

There's also the super relatable: "Now it looks like 'Was that really 5 years ago? Seems like yesterday.'" 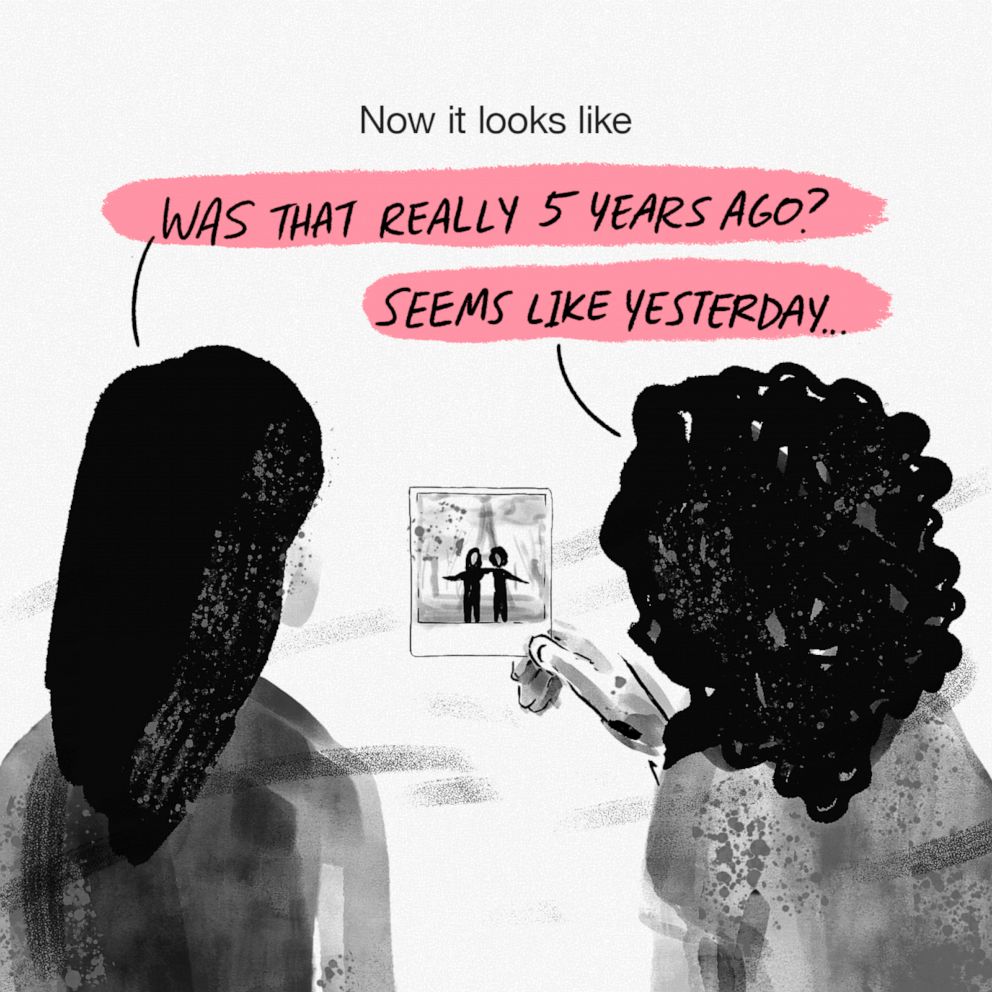 ABC News Photo Illustration: Alex Gilbeaux
As women get older, Weatherly said many have to make time for friendships because they’re busy.

"It happens fast. Like everybody warns you and everybody tells you life goes really fast and when you're young, you just kind of roll your eyes and you're like, 'Man, old people, am I right?' And then you become the old person and you realize it's true," Weatherly said. 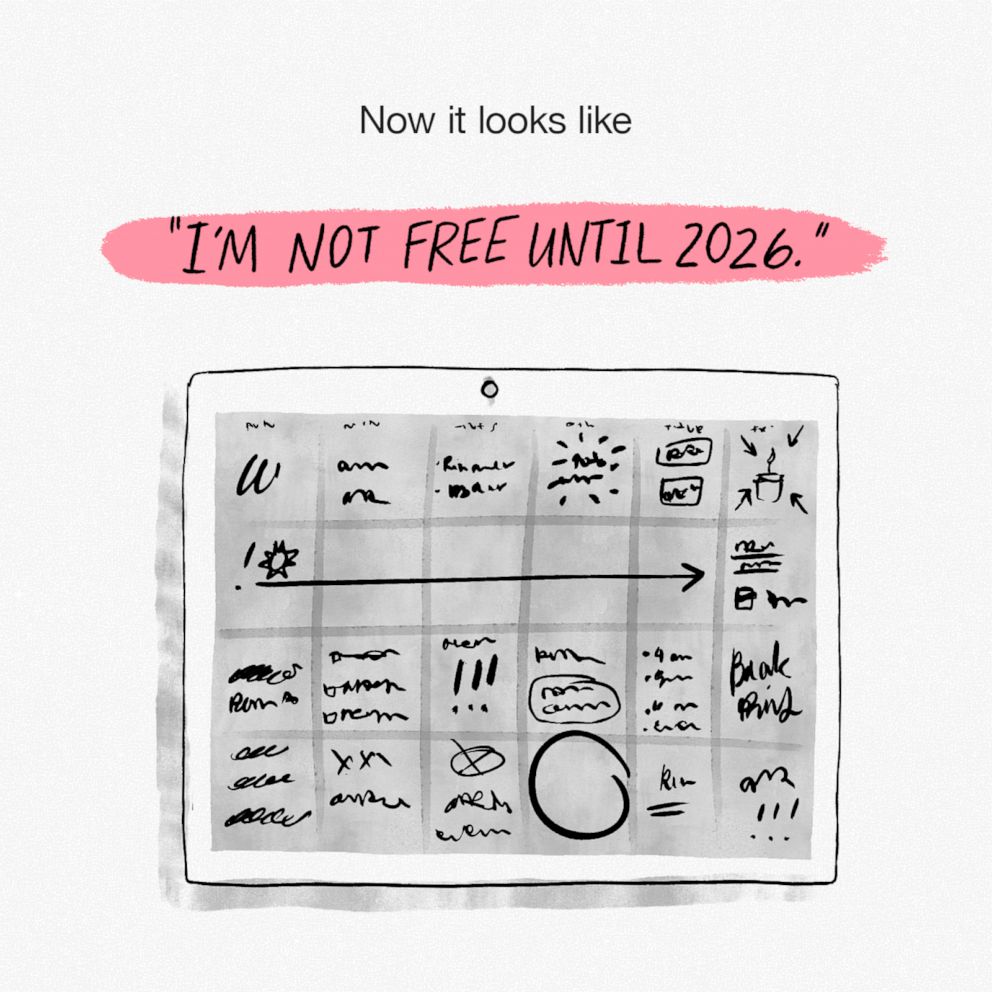 ABC News Photo Illustration: Alex Gilbeaux
Weatherly also included this funny line, highlighting how women have to be more intentional about carving out time for friends as they get older.

"I have a really hard time not being funny," the mom of three said. But at the same time, she wants others to realize they need to dedicate time for friends. 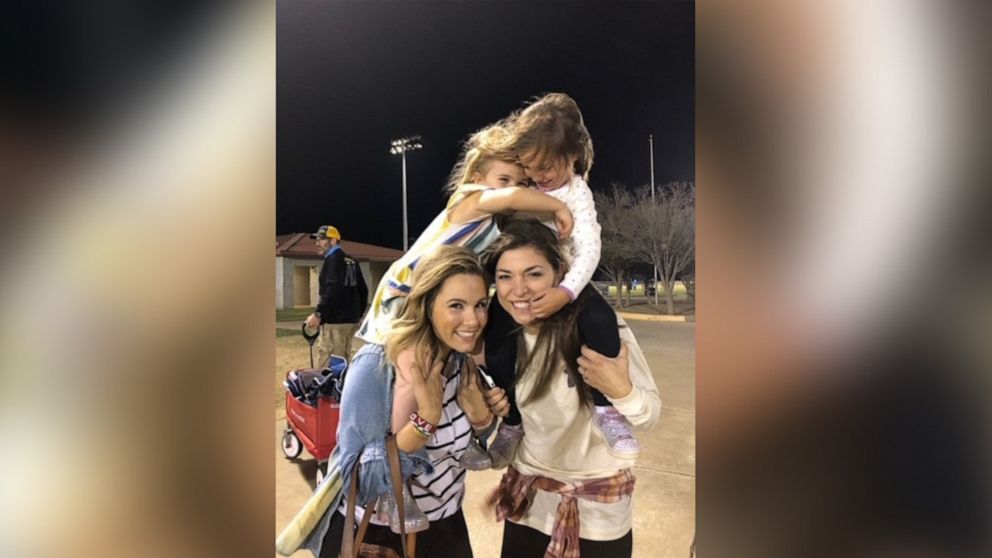 Courtesy Amy Weatherly
Author Amy Weatherly shared an insightful Facebook post discussing how friendships can evolve when you're in your 30s and 40s. Now that she's a mom, Weatherly says she's had to be intentional about making time for her friends.

"I just want people to know you do have to be really intentional because that time is not going to fall into your lap," she continued. "I think people, with friendship, it's like they want the tree but they don't want to actually plant the seed and that's not how it works."