Join a Facebook group, meet moms on the playground, sign up for a class, get involved at church, volunteer -- the tips women hear on how to find friends are endless.

Add social media to the mix and you would think making friends is as easy as it's ever been.

It's just the opposite. Millennials and Gen Z, seemingly the most-connected generations, are suffering from a “loneliness epidemic.”

Generation Z and millennials rated themselves highest on feelings associated with loneliness in a nationwide survey of adults last year by Cigna.

(MORE: How I met my best friend and bridesmaid on an app)

Jenna Kutcher, a marketing entreprenuer with more than 800,000 Instagram followers, showed the difficulty of making deep friendships as adults last October when she posted a photo of herself on a weekend away with two fellow influencers and entrepreneurs, Rachel Hollis and Amy Porterfield.

“I’ll be honest, I don’t have a lot of friends... wait, what? You thought I had circles upon circles of women showing up for me in my life? Yeah, no,” she captioned the photo. “I actually really struggle with trusting people these days and making friends is awkward.”

Kutcher urged her followers to comment on the post in order to connect and hopefully make friends. Today, more than seven months after the post, women are still commenting, looking for other women to connect with.

Kutcher said she too still struggles with making and maintaining deep friendships, especially after becoming a mom. She gave birth to her first child, a daughter, in December.

"I feel like I'm having to prioritize my time in new ways which looks like family first, then work, and then with the margin that exists is where we have time for friendships," she said. "I realize this is just a season, but it does make you wonder how many others are navigating the busyness and just in that survival mode making sure that they can keep up the juggling act."

The "Goal Digger" podcast host said she has found the best friendships are with other people who "get it," whether "it" is work, family or another type of situation.

"I talk to two girlfriends every single day. We all had babies one week apart and we call it 'The Mom Club,'" she said. "We send five-minute long voice notes ... because they are all we have time for these days, but knowing we're in this together is the biggest blessing."

Amy Porterfield, an online marketing trainer who joined Kutcher and Hollis on their trip last year, said the trip taught her to focus on a small group of core friends versus the days back in high school and even college when had wide circles of friends.

"It all comes back to being vulnerable and open and honest," she said. "I can’t do that with everybody but I can do it with a committed group of girlfriends."

One of Porterfield's closest friends is Jasmine Star, a photographer and business strategist she met two years ago through work. The two see each other in person only once a month or so, but talk and text daily.

"It wasn’t like the first thing off let’s be best friends," said Star, who stayed in touch with Porterfield via emails and then texts and phone calls. "We got to know each other really slowly over time."

Star said as she has gotten older she has found herself subscribing to the quarter philosophy versus the penny philosophy of friendship, saying, "I’d rather have four really good friends than 100 friends."

The reality is that everyone is walking a very similar path

"One of my good childhood friends is planning her baby shower at 39 and she said she realized that if she were to have a baby shower in her late 20s she would have had three or four times the people," Star said. "She was wondering if this was a reflection of her but the reality is that everyone is walking a very similar path."

The types of deep friendships Kutcher, Porterfield and Star have turned to are literally good for their health, research shows.

Being lonely or socially isolated may result in health risks "equivalent to those of obesity or smoking up to 15 cigarettes per day," the president of the AARP Foundation told ABC News last month.

Yes, they take time, and yes, they can be awkward at first, but finding true friendships as an adult is doable.

Here are the ways Kutcher, Porterfield and Star say they have made it happen. 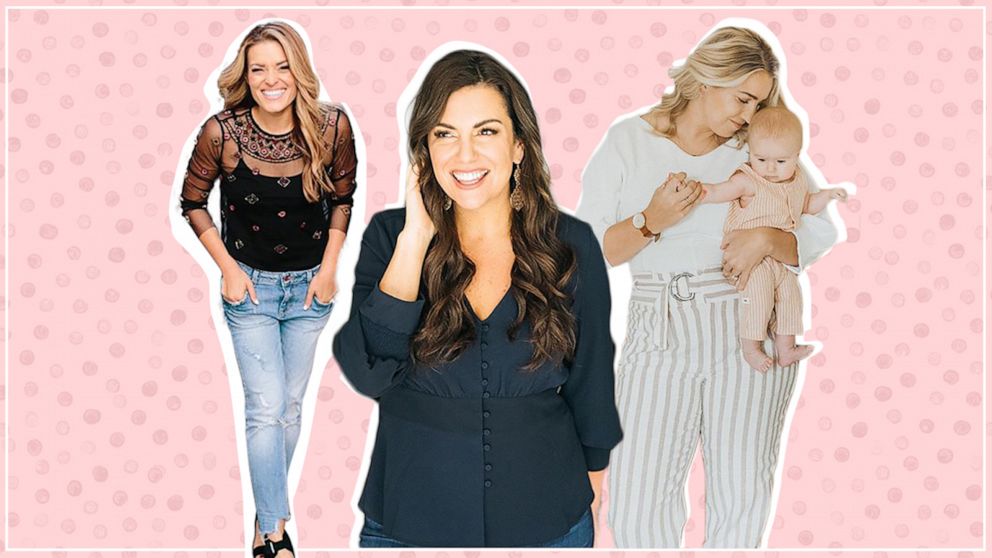 1. Connect with someone daily

"If you want connection, you have to connect," Kutcher said. "A lot of times we know what we seek but we aren't seeking it or taking action."

"My favorite thing to do is everyday think of three people that I can connect with and I'll send a voice text saying, 'Hey, no need to respond, just wanted to let you know I was thinking of you today' and then I'll share something special with them," she said. "Challenge yourself today to text three friends, to call someone you miss or put a card in the mail just because."

While it can be devastating to not immediately hear back from a friend in high school, friendships developed in adulthood don't need to carry that same angst.

"At our age and in this busy time in our lives, there are no expectations," said Porterfield. "I don’t get my feelings hurt if I don’t hear back right away."

"I had one friend who I told I was terrible about returning calls and texts and she texted back, ‘I’m so happy we can be terrible friends together,'" Star said. "It was so empowering."

"It's so important to have friends who understand that we can jump on the phone at 6 a.m. and talk for 10 minutes," she added.

Just like the Girl Scouts song says, a circle of girlfriends can, and should, include women from all walks of your life.

"I have fostered friendships since childhood and they are part of the five women I am constantly going deep with," said Star. "Three of the women are from my childhood and two are in my industry."

"To have that balance of five women in my life who are so different is so helpful," she said.

Porterfield and Star live in far away from each other in California but still manage to know what is happening in each other's lives.

They do it, they say, by sending quick text prompts.

I want to hear from you. What's going on?

"I always, 'What’s going on? Give me an update,'" said Porterfield. "And she'll prompt me with, 'I want to hear from you. What's going on?'"

"She may not respond to my text for 24 or 48 hours but I always know it’s coming," Porterfield added.

Once you get past the exhausting small talk that usually has to happen to create a friendship, there is no need to bring it out again.

"I'm introverted and small talk kills me, so unless you want to really tell me what's going on in your marriage or that hilarious thing your kid did or the way you feel like you're failing, I just can't feel invested," said Kutcher. "I want friendships where I can show up, just as I am, and share openly and willingly, knowing that I am not alone or being judged."

Porterfield described being willing to be honest and open with a friend as like "feeding the soul."

"If you’re not going deep with them, if you’re not talking to them, you’re not feeding your soul like it needs to be fed," she said.