How do you know when a friendship turns toxic?

For 26-year-old Danielle from Orange County, California, she realized in college that her dynamic with her childhood best friend was “very toxic.”

“We were very close, basically like sisters,” she told “GMA.” “However, as I continued on in college, made new friends, and discovered more about myself, I came to the realization that our friendship was very toxic and I wanted to have a break and space in our friendship.”

Friendship can add years to your life, according to experts, while protecting against depression and anxiety. But as you grow, sometimes a friendship can start to feel unhealthy.

"Data show that our friends turn over every decade or so and that's OK," said Dr. Andrea Bonior, a psychologist and author of "The Friendship Fix." "I think the friendships that last throughout life are particularly special and we should seek those when it's a good fit. But, in general, I don't think it's anything to feel ashamed of when certain friends come and go in our lives."

People shared stories with "GMA" about friendships ending for a number of reasons, from a misunderstanding over paying rent to feeling left out by a once best friend or passive-aggressive behavior which teeters into harmful terrain.

Nicole, 26, from Wisconsin, said she thinks her anxiety today stems from her relationship with her childhood best friend whom she hasn’t spoken with in seven years.

“In middle school, and especially in high school, she could be so mean to me … I lived in her shadow, and she knew that,” Nicole told “GMA.”

(MORE: Your dog can be a part of your wedding with these dog-fits for your special day)

"Friendships are toxic generally when one person is for a long period of time just being brought down by it," Bonior said. "They don't feel like their best self within it. They feel taken advantage of or manipulated. They feel like they're not really understood and appreciated for who they are."

Things may also contribute, such as having an unhealthy level of competition, of if there is a lack of reciprocity where one person is giving so much more than the other person, Bonior said. Or one friend could have habits that bring the other person down.

Big signs to call it quits, according to Bonior, include when "you don't look forward to spending time with a person. And it always feels like a chore or you're not liking who you are with that person."

When Danielle decided to reevaluate their dynamic, she said she was accused of “being a bad friend” and was excommunicated.

“I was about 23 or 24-years-old and felt very alone and confused since all my main group of friends were her friends first," she told "GMA." "They no longer talked to me."

“Just like a romantic relationship breakup, I basically told her I don’t want to be friends anymore -- I don’t think our friendship was a healthy friendship and I then got [attacked] with hateful words over text messaging telling me I was an awful person for wanting [to] put myself first for a change," she said. "Till this day I have not spoken to my old friend since our fall out, I told her goodbye and good luck, I haven’t seen her since, nor have any of our other friends ever reached out to me.”

If you have a friendship that you think is no longer contributing to your happiness or mental health, here are five things Bonior recommends evaluating to before a split. 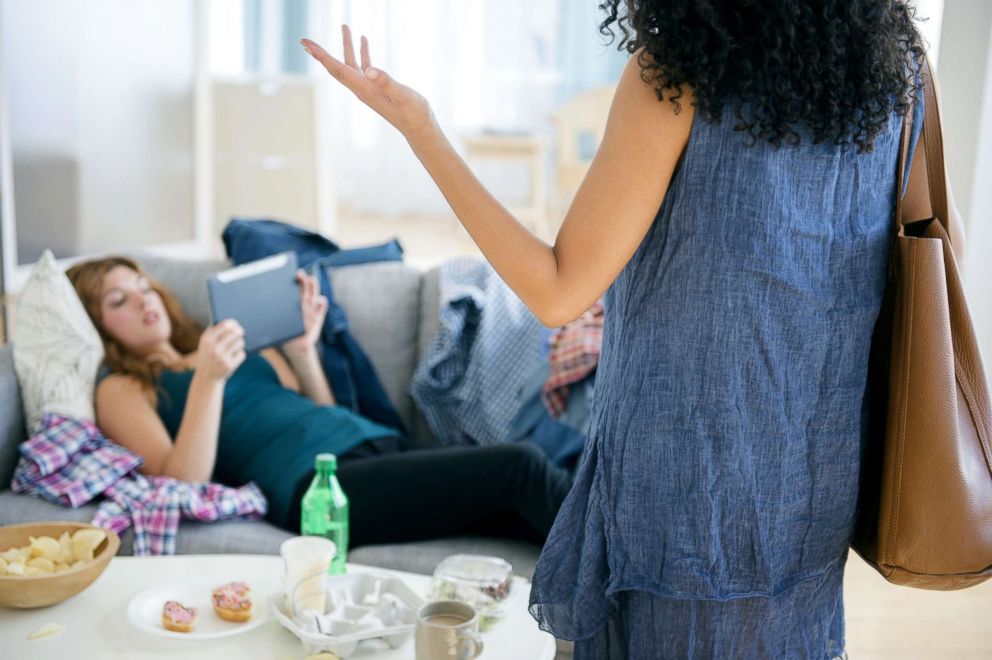 1. Have respect for the other person

Show and behave with respect when confronting your friend.

"Treat your friend in a way that you're going to be proud of," Bonior said.

And in the case of a friendship that's run its course and it's not necessarily toxic but you think the person is not a good match for you, Bonior recommends "getting a little space gradually at first and seeing how that goes, if the other person sort of picks up on it."

In those cases, Bonior said to be careful that you're not ghosting someone because there's a fine line between getting some space versus disappearing and making the other person wonder what went wrong.

Alternatively, sometimes friendships need to end with a clean cut.

"Some toxic relationships, it's so toxic that even engaging in that manner is too much and you need to be able to take a clean break. Like if you're looking to get sober and you need to sort of break up with the people who have been keeping you mired in your addiction," Bonior said.

2. Get clarity on what you want

"Get clarity about exactly what you want to do, because you don't want to do something rash that you're going to end up regretting," Bonior said.

Own your feelings, and understand this may be tough.

"A lot of people are embarrassed when a friendship going wrong has a really big effect on them," Bonior said. "They feel silly, they feel you know like it shouldn't matter so much. So let yourself feel."

(MORE: What happens when Marie Kondo leaves? See how 3 families on 'Tidying Up' are doing now)

Make sure you take time for yourself, and work on your self-care.

Bonior recommends exercising, getting enough sleep, spending time on hobbies or with other friends and family members that are good for you.

5. Learn something from it

What did you take away from this experience?

"Be able to go forward in your life having taken some insight from this relationship," Bonior said. "You don't need to regret that it happened if you can be a stronger person for it and you can understand more about yourself now that it's been done."