Abigail and Dominic Miramontez are thrilled to bring their son Austin home after 136 days in the NICU at an El Paso hospital.

Abigail Miramontez was 24 weeks pregnant and throwing a birthday party for her father when she felt was described as a "push" while making her dad's cake. She quickly realized she needed to go to the hospital and found out when she got there that she was in labor. 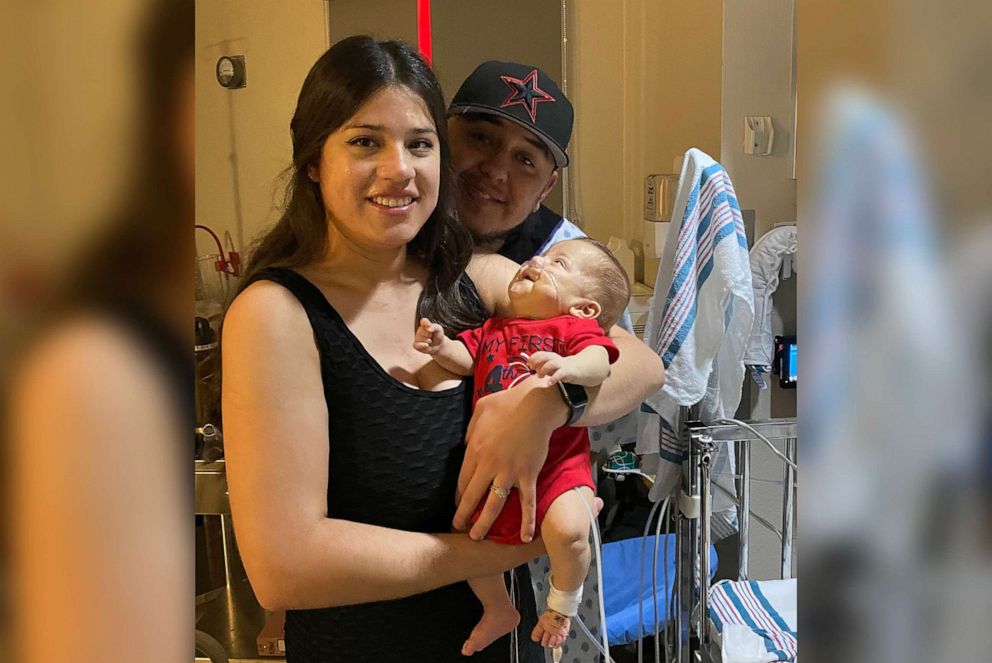 Courtesy Abigail Miramontez
Abigail and Dominic Miramontez are pictured with their son Austin at Providence Children's Hospital in El Paso, Texas, in an undated handout photo.

“It was very scary,” Abigail Miramontez said. “I felt like it wasn’t real until he was born.”

MORE: Couple gets engaged in NICU where daughter has spent the past 10 months

Austin was born at just 2 pounds and 2 ounces. The couple was told their son would need to stay into the NICU at least until his original birth date to make sure he was healthy enough to go home with them.

At 2 weeks old, Austin had to undergo a procedure on his small intestines. From there, he was nursed to health by NICU doctors and nurses who Abigail Miramontez said she grew close to over the months of Austin’s stay. 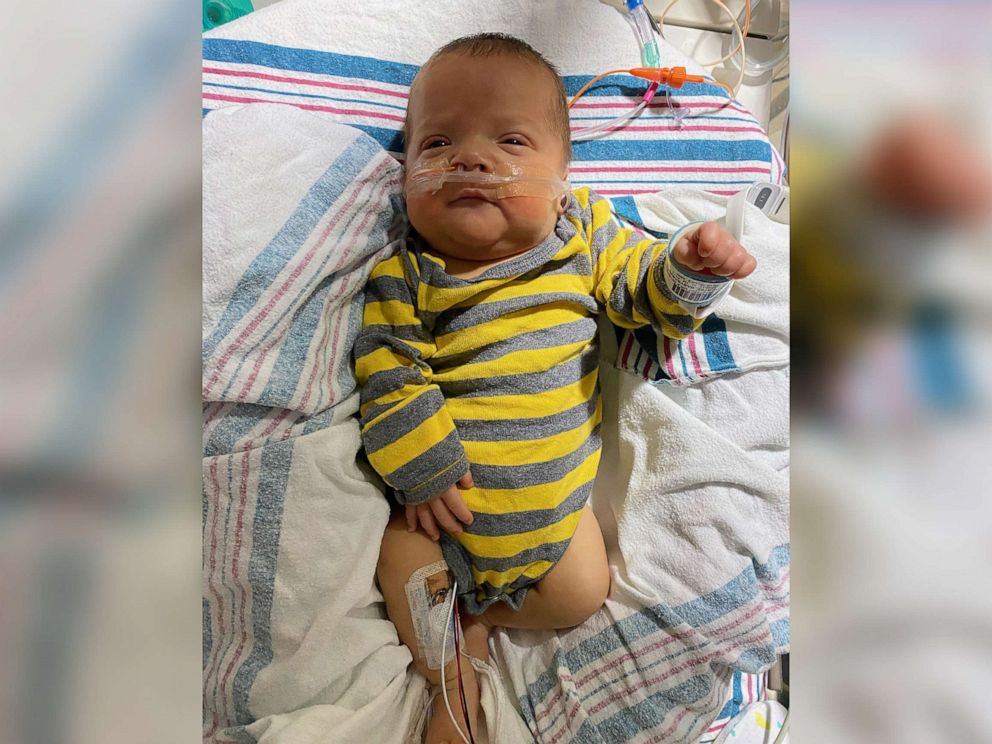 On July 13, 2021, the parents were finally able to take their son home after spending 136 in the NICU. Austin left the NICU weighing 9 pounds and 9 ounces.

“I was excited,” Miramontez said. “It’s actually been so much fun just having him here and being able to dress him up. When he was in the NICU, they wouldn’t even let us put clothes on him because of COVID.”

Miramontez said they’ve been able to introduce Austin to their family members safely and from a distance and that she’s excited that her son is finally home.