A young boy with cancer has been named an honorary pilot of Breeze Airways.

The honor was bestowed during a recent flight when Hyrum Mace was traveling with his parents, Erica and Michael Mace, from California to Utah, where the Maces have been staying with family.

Hyrum has become a frequent flier because he's been traveling every two weeks to California for treatment at Lucile Packard Children's Hospital Stanford in Palo Alto. The boy was diagnosed with diffuse intrinsic pontine glioma, or DIPG, a type of cancer, in April. Although the tumor on his brainstem is inoperable, he has received radiation treatment and has been participating in a clinical trial. 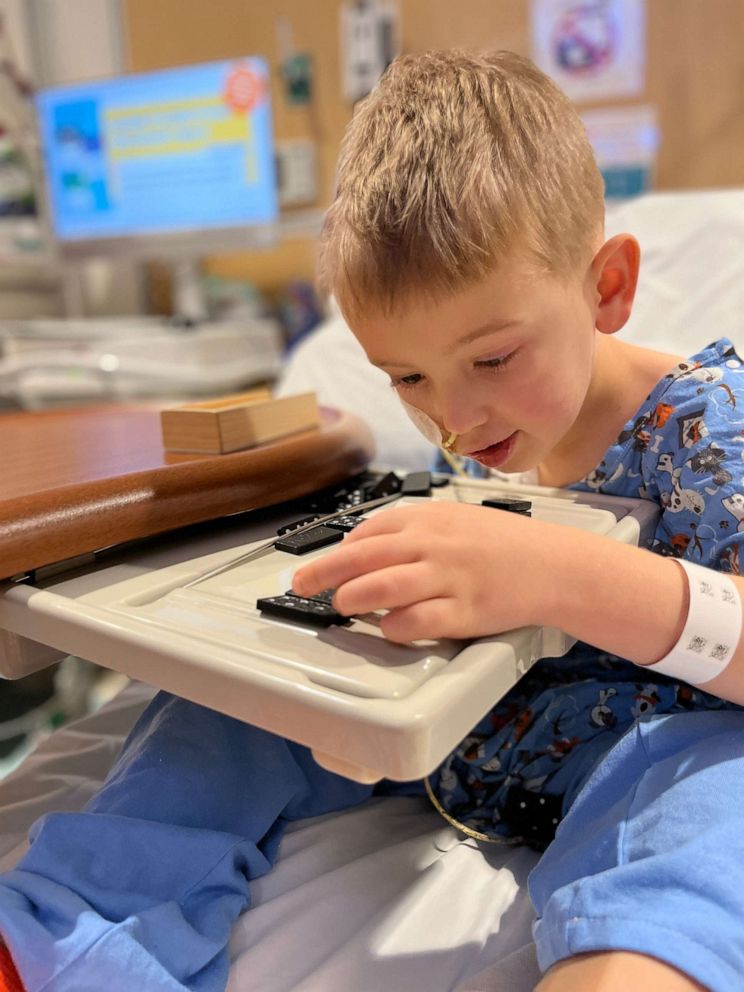 Michael Mace tweeted at the low-cost carrier, expressing his thanks for their service back in August and when the team at Breeze Airways learned of young Hyrum and his story, they wanted to help in some way,

Thanks @BreezeAirways for making cancer treatments a possibility. Flying every two weeks to SFO wouldn't be possible without your help. Even with #DIPG (terminal brain tumor), my boy is always happy with his window seat. Here's hoping that we keep flying. #StrongestMan #SMM pic.twitter.com/u1SFwHwmjc

"We started brainstorming on something special to do for Hyrum and came up with the pep rally and honorary pilot recognition," a Breeze Airways representative told "Good Morning America." "We reached out to the family to see when they would be flying with us again and we coordinated with Michael, Hyrum's dad, to take care of all their travel for the month of November."

The airline also teamed up with local Utah partners, including Brigham Young University, Provo City, Utah Valley and San Diablo Artisan Churros, and gave Hyrum a big surprise both at the airport and up in the air, complete with a pep rally featuring his favorite team mascot (BYU's Cosmo the Cougar) and cheerleaders.

Hyrum's family said he was "really excited" about his new pilot wings pin. 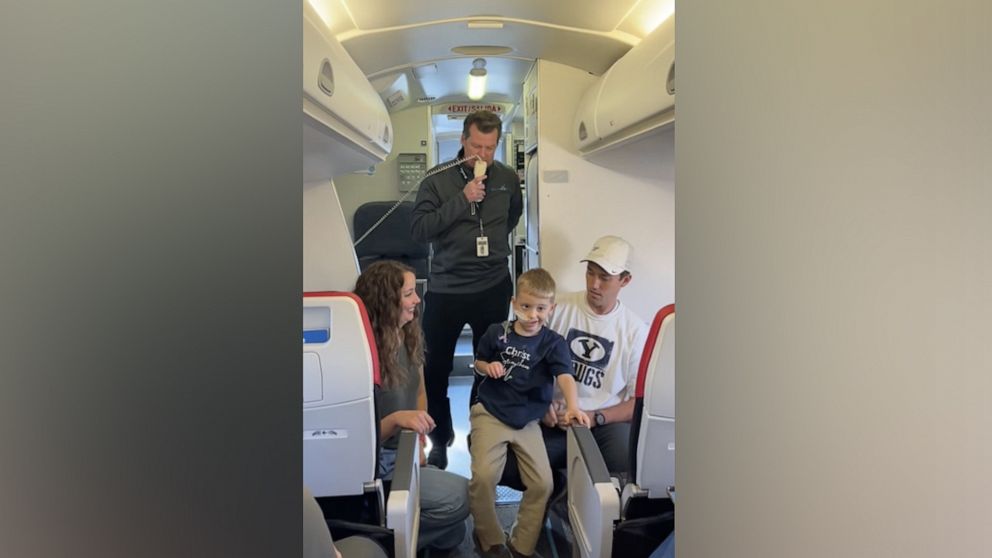 "The head captain literally took off his badge and gave it to Hyrum and he loves that thing," Michael Mace told "GMA." "There were a couple days where he just wouldn't take it off." 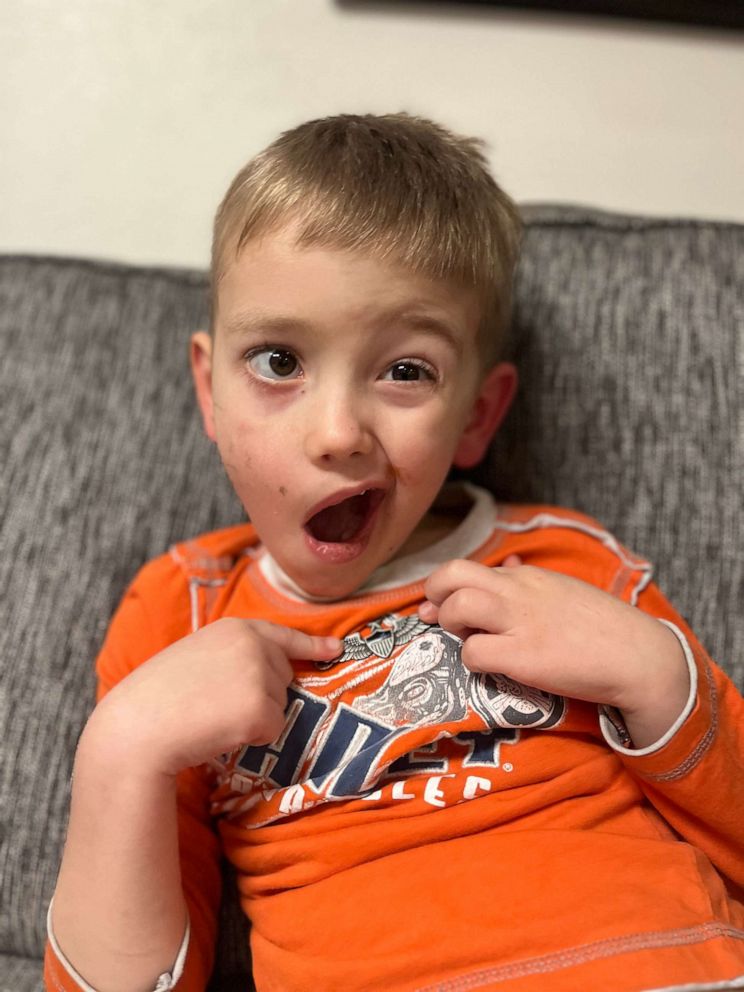 But the surprises didn't stop there -- Breeze Airways is also supporting a GoFundMe online fundraiser to benefit the family for "flights and whatever Hyrum may need for his treatments,” according to the airline representative.

Hyrum turns 6 years old on Tuesday and his family is planning to make new memories together, playing life-size checkers and indulging in his newfound love of Nerf toys.

"Hyrum has developed a love for Nerf guns in the last few months. So we've invited cousins and family over. I think we'll do a big Nerf gun war together," Erica Mace said. 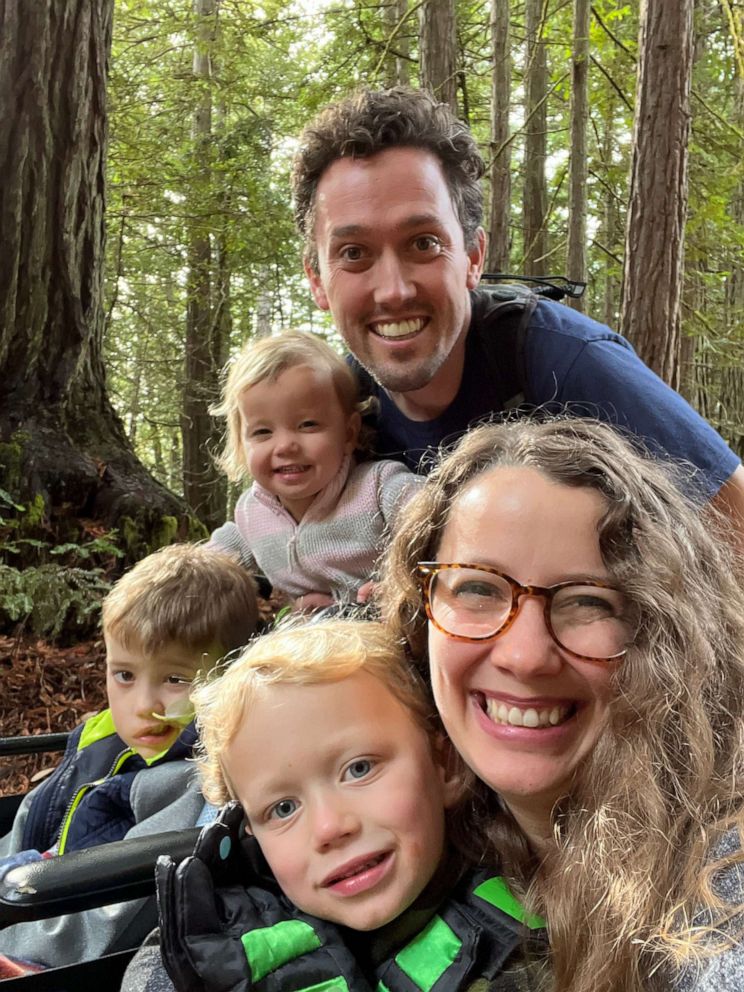 Courtesy Erica Mace
Michael and Erica Mace with their kids.

The Maces said they want others to cherish each other and know how grateful they've been for the love and support their family has received.

"I think this experience has reminded me how much of life is not really important and that just everything contained in today is, just the moments that we have and the little experiences that we have together, whether they're good or bad," Erica Mace said.

"I realized that even though small, seemingly insignificant moments of expressing love or help or a smile or text or whatever it might be, really have carried us through some of the most difficult experiences that we've had," Michael Mace added. "We're just very grateful for everyone."