A boy whose rare condition keeps him from playing outside for long periods of time has found a friend in his elementary school resource officer.

Due to high temperatures in Alabama, Braylon has been forced to stay inside during recess ever since he started first grade at Bay Minette Elementary School. 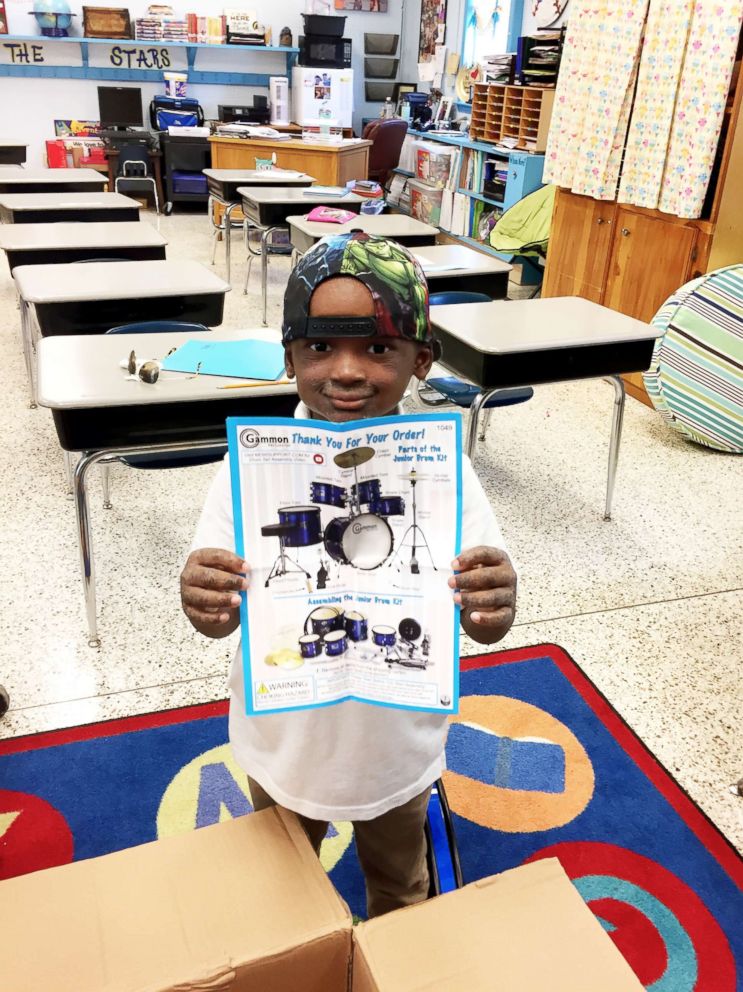 Jamie Wright
Officer Ronnie Saladin bought Braylon Henson, 6, his own uniform before asking him to join him in patrolling Bay Minette Elementary School in Alabama.

"Right now it's extremely hot, so he hasn't been out at all," Wright told "GMA." "He hangs out with Miss Stewart, his counselor, she is so awesome with him. They bought him little drum pads, he'll play on those [inside], and they would read." 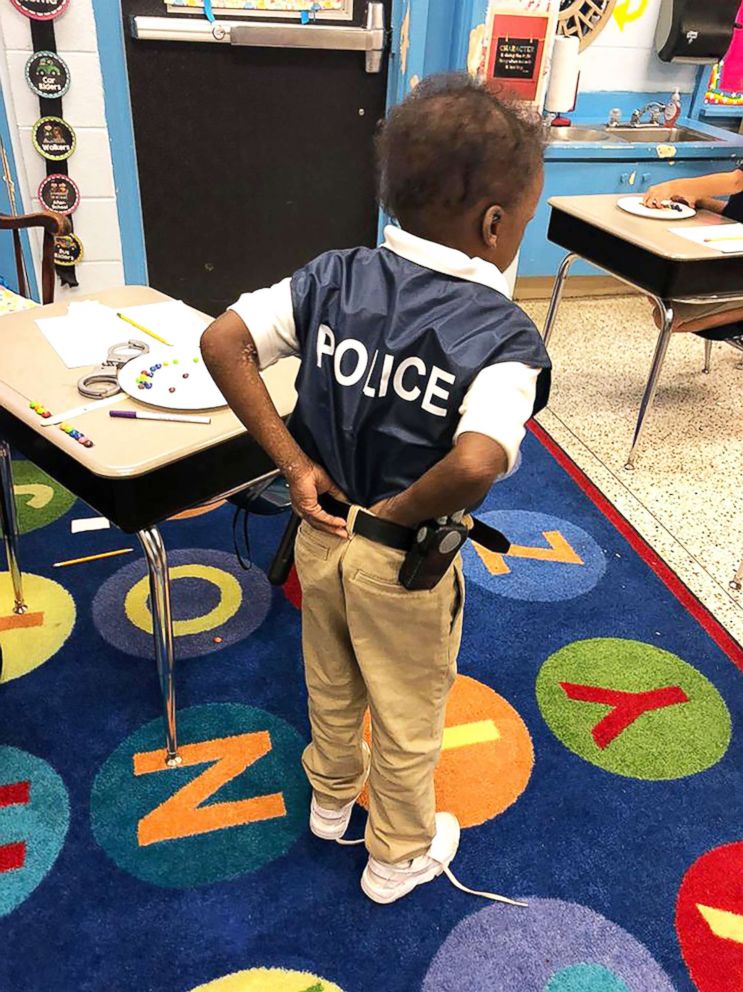 One day, when Braylon was in his counselor's office, Ronnie Saladin, the school resource officer, asked why the boy was not outside at recess.

"I didn't understand why he was in there every day," Saladin told "GMA." "She said he had a skin condition and he would cry sometimes and feel left out. I said, 'Well, he's not going to feel left out. He's going to walk with me.'" 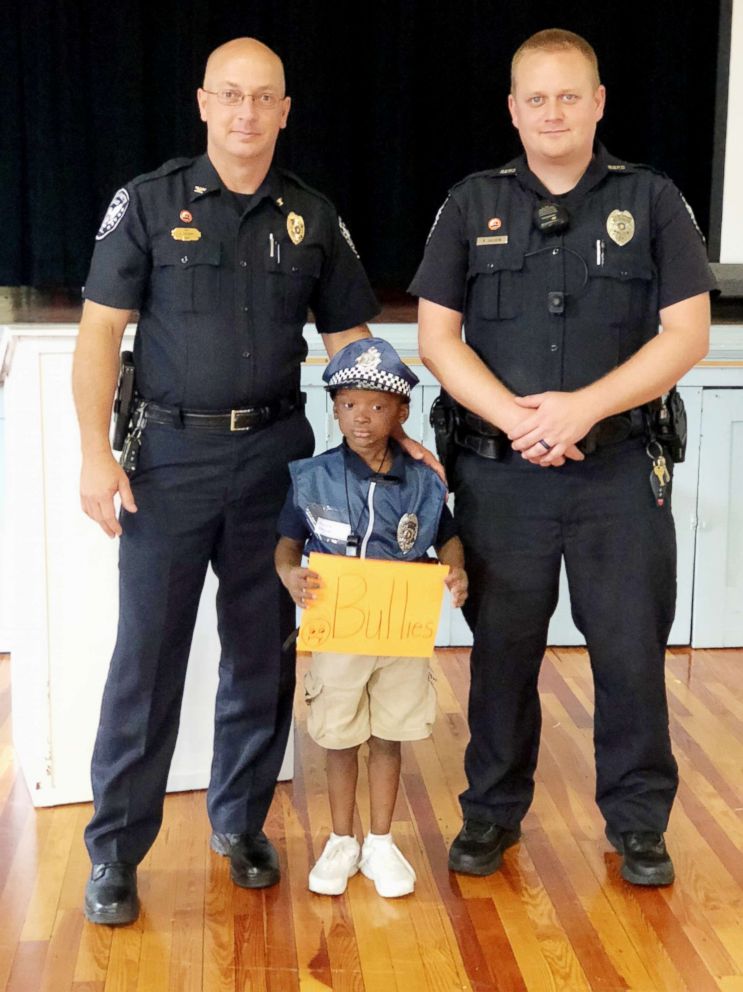 Saladin, 29, bought Braylon his very own police uniform and invited him to come along on patrol.

Braylon helps Saladin look for safety issues in the school and writes "tickets" for teachers and students who are breaking minor rules. 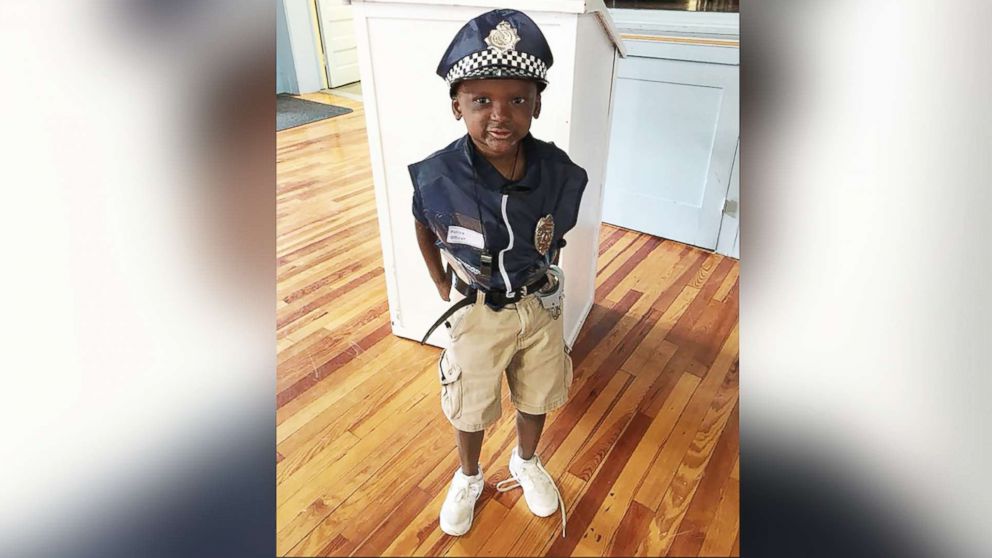 Bay Minette Elementary School
Braylon Henson has a rare skin disorder that keeps him from playing outside in the heat for too long. He found a friend in the school resource officer.

"When they're running in the hallways, he will yell at them and keep the order," Saladin said, laughing. "He's very smart and even though he has that skin condition, he's really positive. He has a lot of talent. He wants to be a drummer and I feel like he's going to be very intelligent." 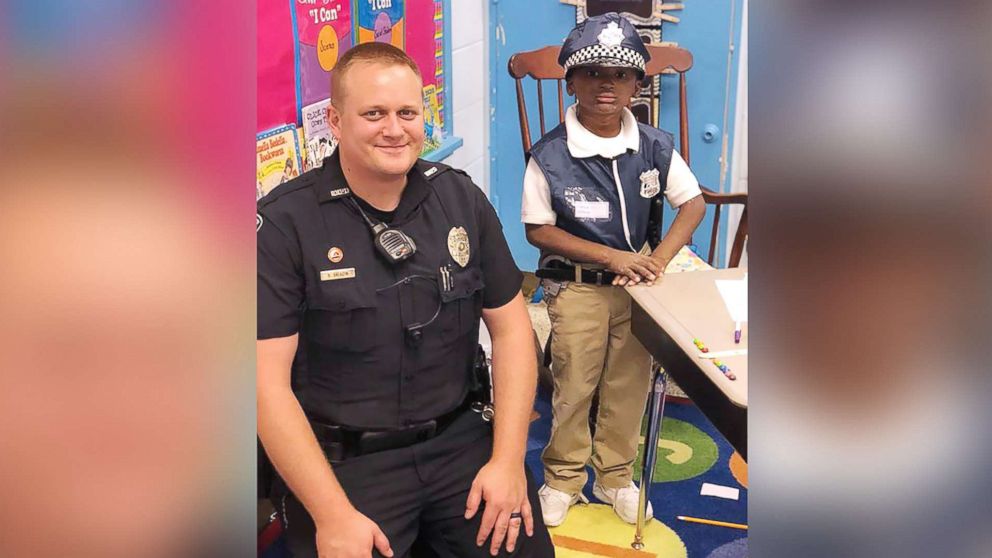 Bay Minette Elementary School
Braylon Henson, 6, was diagnosed with a rare disorder that affects his sweat glands so he cannot go outside for a long period of time during recess.

"He really did a wonderful thing, inviting Braylon to walk with him," she said.