In a rare occurrence, a toddler is being treated for a bout with ovarian cancer. Now, her family is determined to raise awareness about her condition.

McKenna Shea Xydias, known to family and friends as "Kenni," was diagnosed on Feb. 15 with ovarian yolk sac tumor.

The 2-year-old's parents, Mike and Meagan Xydias, said the news came as a shock, but they were focused on getting their little girl treated as soon as possible.

"The immediate reaction was, 'How could this happen?'" Mike Xydias, a dad of three from Senoia, Georgia, told "Good Morning America." "I knew of this being [more common] in women. I didn't realize that it could happen to such a young kid."

Kenni is our hero.

Ovarian yolk sac tumor is a rare, malignant tumor of cells that line the yolk sac of the embryo, according to Cincinnati Children's Hospital Medical Center. The cause is unknown, and it's most often found in children before the age of two. 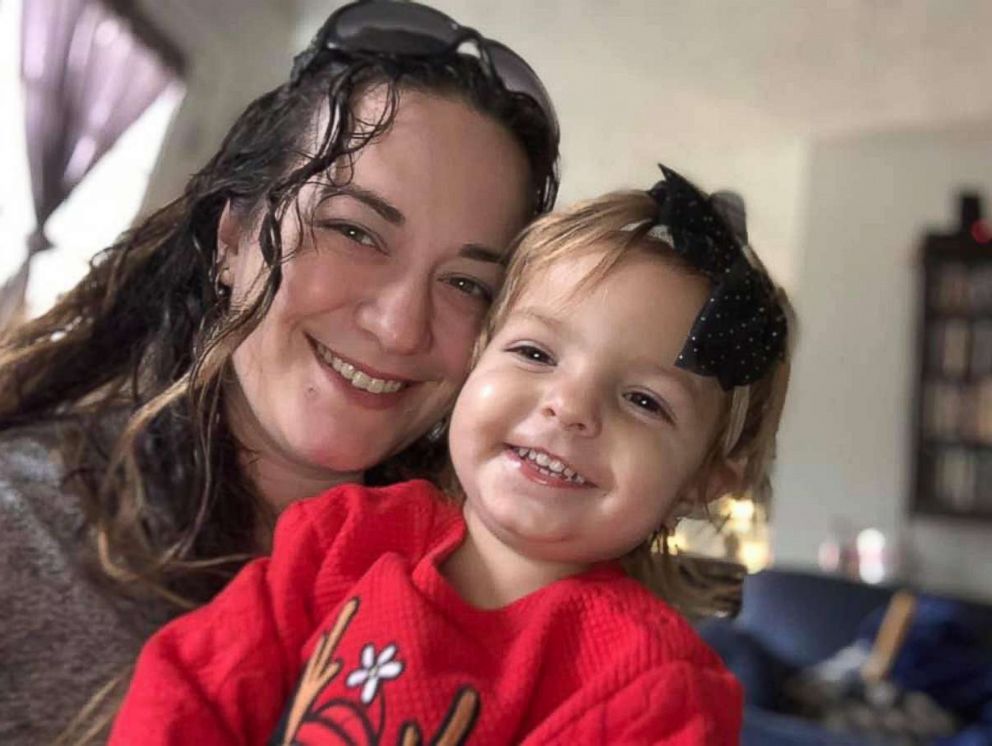 Courtesy The Xydias Family
Kenni Shea Xydias in an undated file photo with her mom, Meagan Xydias of Senoia, Ga., prior to Kenni's cancer diagnosis.

This childhood form of ovarian cancer is rare and accounts for less than five percent of all ovarian cancer cases, according to the U.S. Department of Health and Human Services.

Treatment depends on the stage and location of the tumor, Cincinnati Children's said on its website. If the tumor is in the ovaries, patients will undergo chemotherapy and surgery.

Mike Xydias said that about a month ago, he and his wife, both teachers, received a call from Kenni's daycare to pick her up because she was running a fever.

On another occasion, Feb. 7, the daycare told the Xydias' that Kenni's belly was bloated and she appeared to be uncomfortable. Again, her parents brought her home. 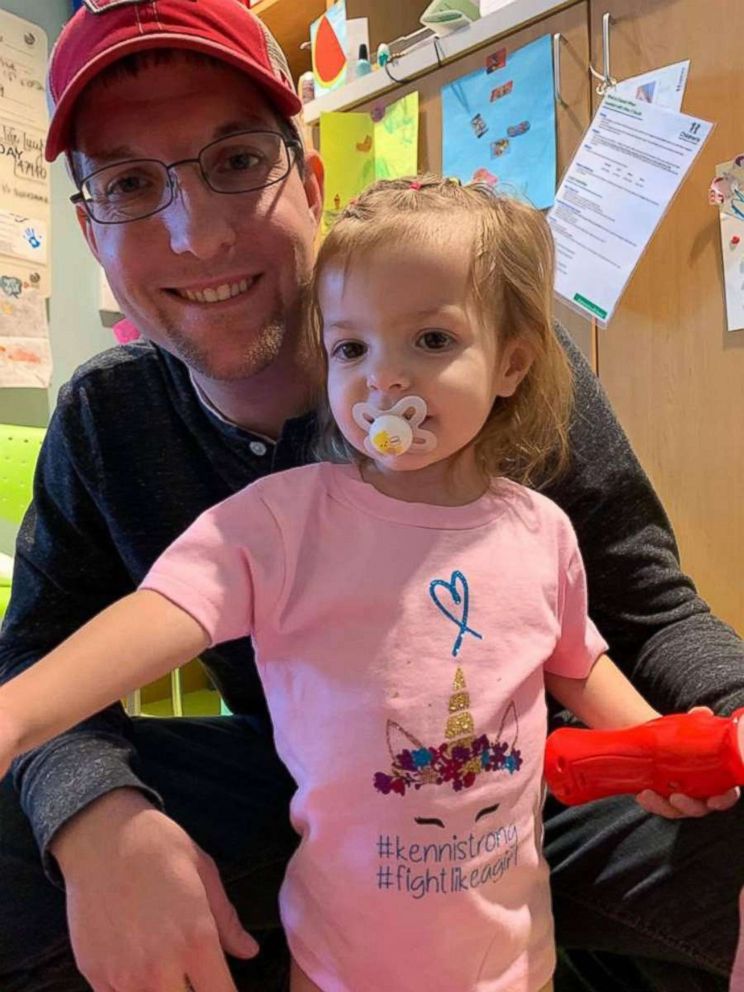 "We took her to the doctor — at that point they thought it was gas so they told us to give her gas drops and let them know if she got anymore fevers," Mike Xydias said, adding that Kenni was sent home yet again, a week later with a temperature of 102.

"I pick her up, I have to stay home with her the next day," Mike Xydias said. "The whole [next] day she was fine, no temperature. But she had difficulty using the bathroom. Meagan made an appointment for her Feb. 14 in the afternoon. That day, daycare called. She had a fever of 103."

Mom Meagan Xydias brought Kenni to the pediatrician where they performed an X-Ray.

"They said her bowels looked full and it looked like a big gas bubble," Mike Xydias said, adding that his wife brought Kenni to the hospital shortly thereafter. 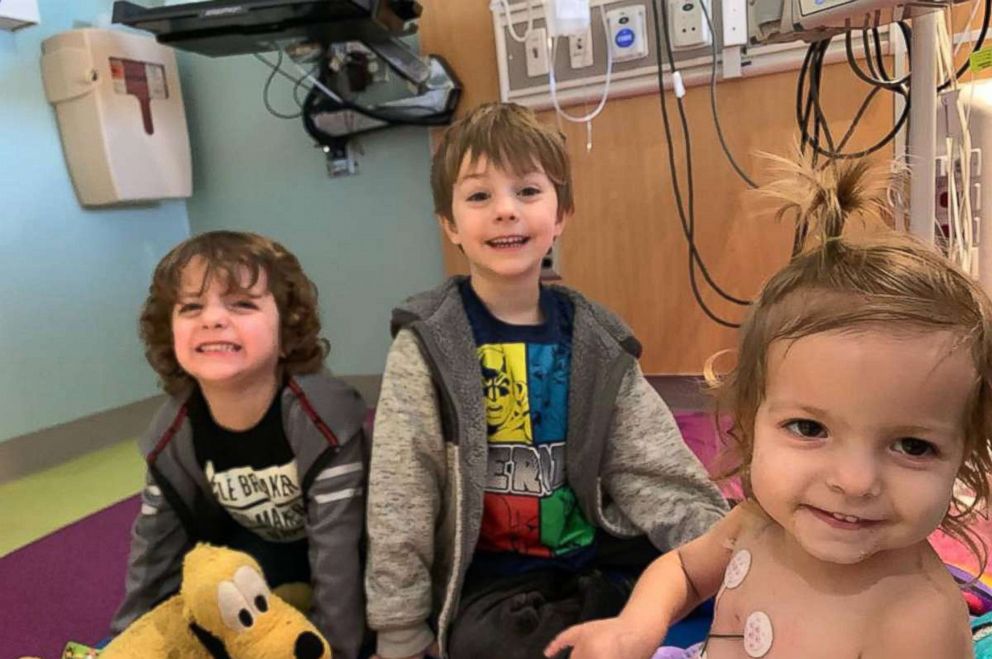 Courtesy The Xydias Family
Kenni Shea Xydias poses in an undated file photo with her brothers, Jackson, 5 and Cason, 4, at CHOA Scottish Rite hospital in Atlanta.

Doctors performed an ultrasound that determined there was a mass located around Kenni's ovaries. Later, a CT and MRI determined there were several cancerous tumors — one being 14 centimeters on her right ovary, another near her liver and others scattered throughout her abdomen, according to her father.

She is the boss and she's extremely stubborn, which a great character trait in going to fight cancer.

Days later, Kenni had surgery to remove her right ovary as well as five inches of her small intestine. She is scheduled to begin chemotherapy treatments this week, Mike Xydias said, adding that Kenni's cancer is stage three malignant.

"I know Meagan and I both agree that Kenni is our hero with how she's dealing with this," Mike Xydias said. "She is a ball of energy and a stereotypical 2-year-old. She's the youngest child, where she is the boss and she's extremely stubborn, which a great character trait in going to fight cancer. She doesn't let anything stop her." 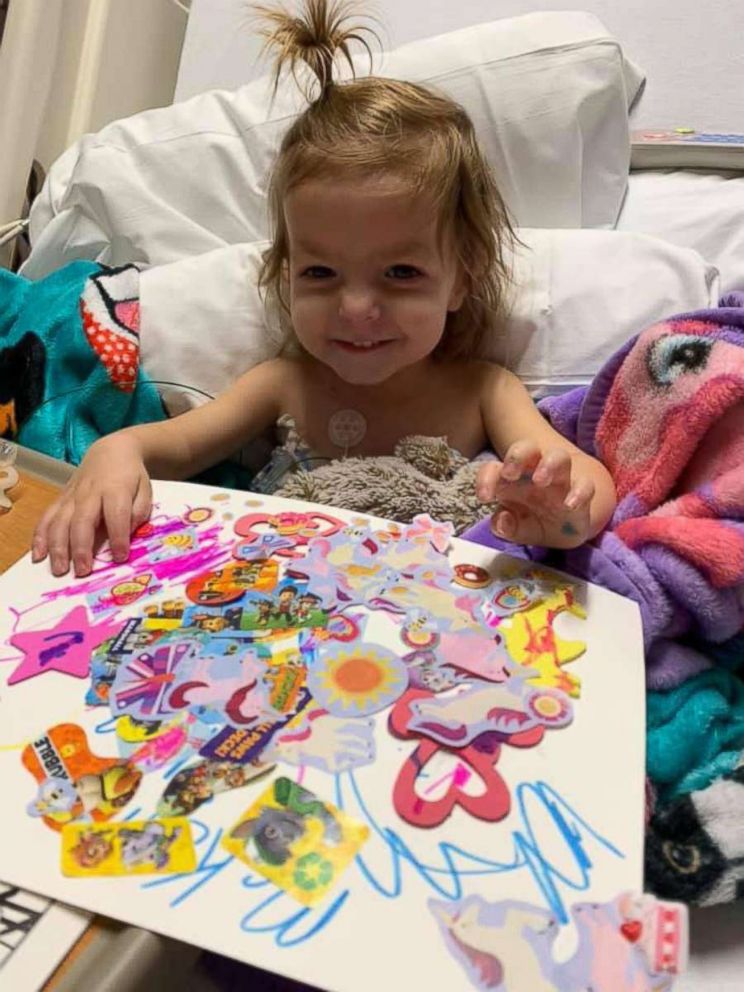 Courtesy The Xydias Family
McKenna Shea Xydias, known to family and friends as Kenni, colors in her hospital room during cancer treatments at CHOA Scottish Rite hospital in Atlanta.

For now the Xydias' hope to raise awareness as Kenni undergoes treatment.

"I know it can be hard as a mom to go to your doctor and say, 'Something is not right' because they know what they're doing, but sometimes you have to trust your gut," Meagan Xydias told "GMA."

"I hope after hearing Kenni's story people are willing to say, 'Hey, can you do one more check?'" she added.

I hope after hearing Kenni's story people are willing to say, 'Hey, can you do one more check?'

The Xydias' said they've received an outpouring of support from loved ones near and far through upcoming fundraising events hosted by their neighborhood friends as well their family in New York. The funds will cover Kenni's medical bills and support her parents as they take leaves from their teaching jobs.

"It's given us strength to be able to overcome this," Mike Xydias said. 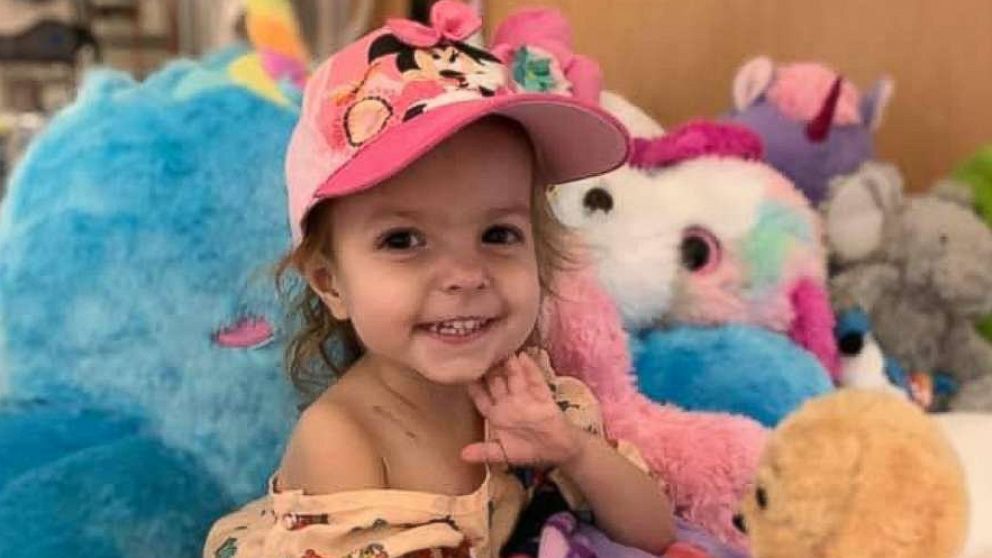