A couple who opened their hearts to adoption is celebrating how it all started with a sweet photo shoot.

Keia and Richardro Jones-Baldwin adopted their fourth child Princeton, 2, on Aug. 29. The proud parents began fostering in 2016, which is when their journey began with their eldest, Karleigh, 16, who first met the couple when she became middle school friends with Zariyah, 15 -- Keia Jones-Baldwin's daughter from a previous relationship.

"In sixth grade she came over for me to take her to a chorus concert and just never left," Keia Jones-Baldwin of North Carolina, told "Good Morning America." "Her mother fell on hard times and [was] homeless. Karleigh is my child that can make any rainy day bright. She is a joy to be around." 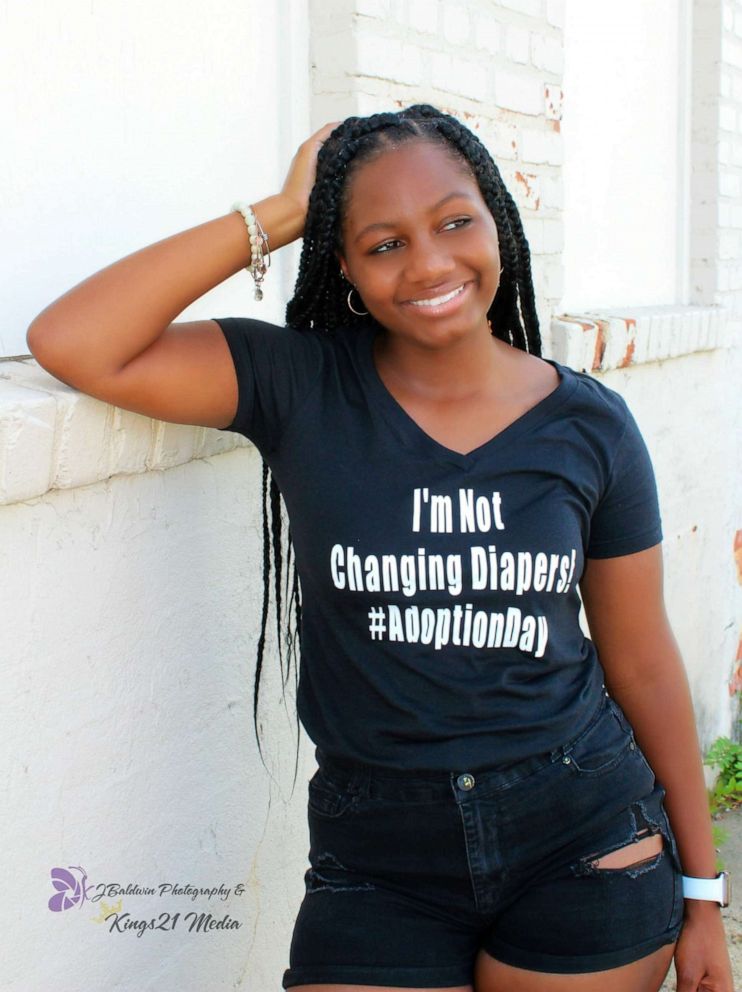 Jones-Baldwin wed her husband in 2010. They soon wanted to start a family of their own, but Jones-Baldwin experienced several miscarriages and unsuccessful attempts at in vitro fertilization.

"Nothing worked," Jones-Baldwin said. "It was emotionally draining so we decided to not continue. Our daughter naturally wanted siblings so we looked into foster care." 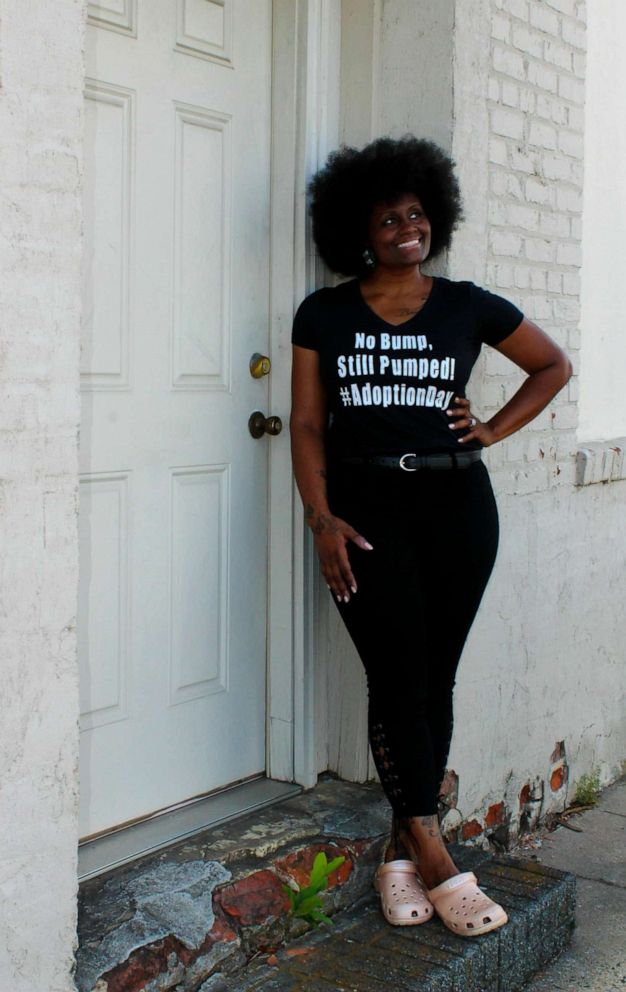 Jones-Baldwin said she and her husband became foster parents to explore if adoption would be a good fit.

They became legal guardians to Karleigh in 2016 and one year later, adopted Ayden, 8, whom they had been fostering since 2015. 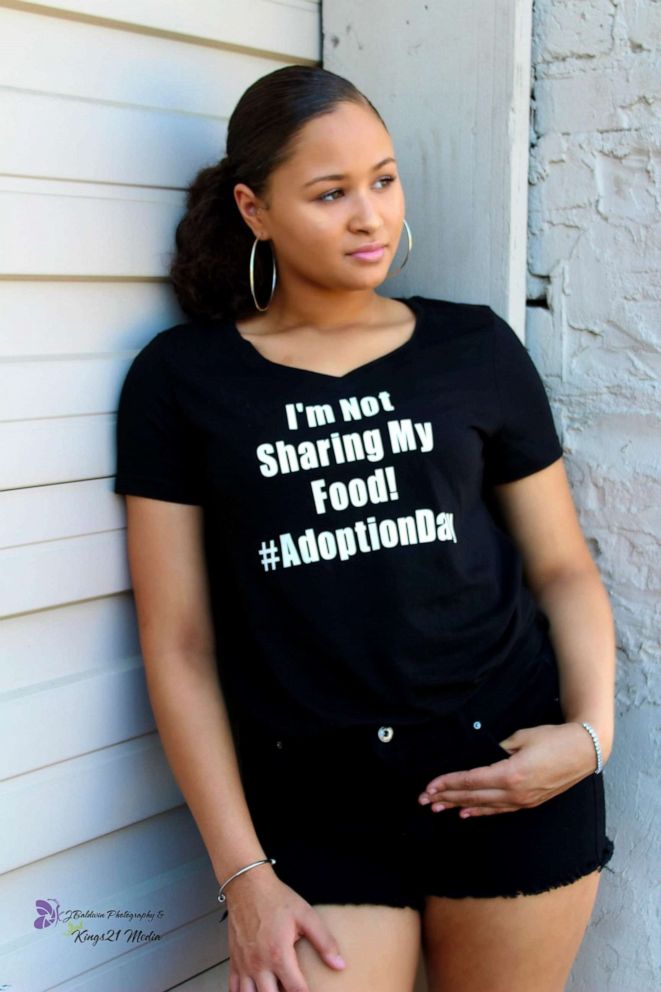 Ayden came from a household of neglect and substance abuse, Jones-Baldwin said. He had spent time in eight different foster care situations before the Jones-Baldwins took him in.

"Ayden is brilliant. He is just the smartest kid I know," Jones-Baldwin said. "He's a mama's boy." 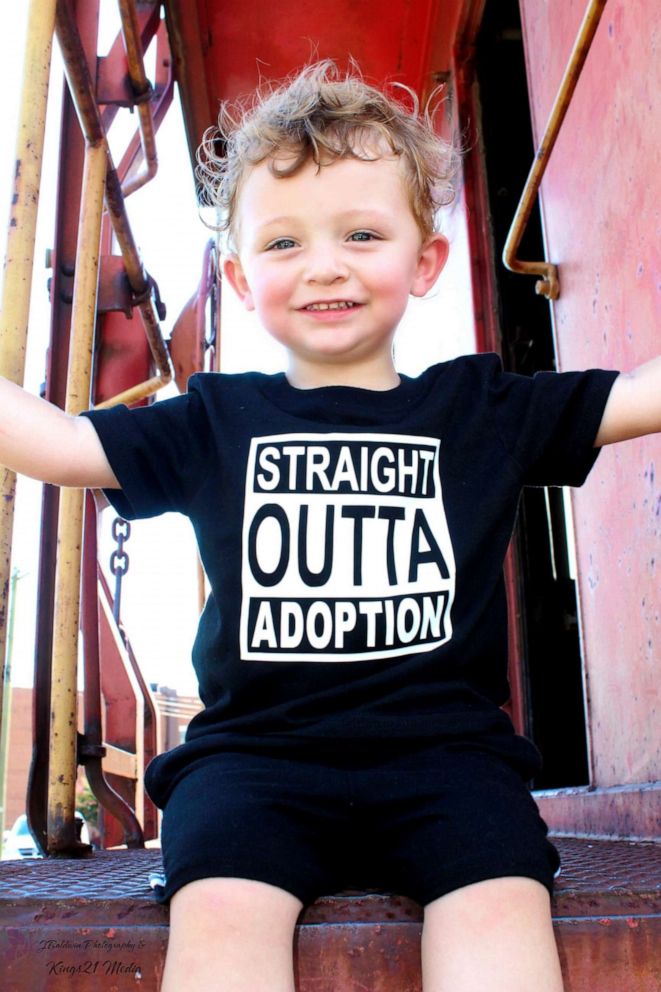 In July 2017, Jones-Baldwin got a call from the foster care agency asking if she'd like to meet a newborn named Princeton in need of a home.

"Princeton, his mom had substance abuse as well," Jones-Baldwin said. "I put him on my chest for the first time and I never wanted to leave. He was such a sweet baby." 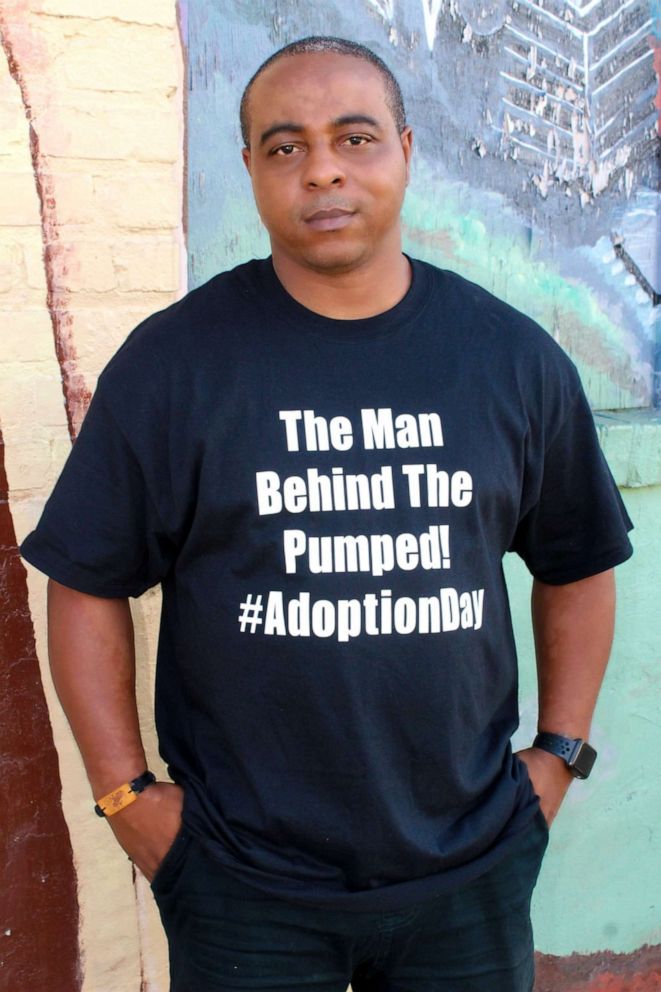 "I tear up just thinking about him. He is very rambunctious. He keeps us on our toes, he keeps us sharp," Jones-Baldwin said of her son. "I think the most important thing that he brought to our family is a deeper connection on how to love without seeing color." 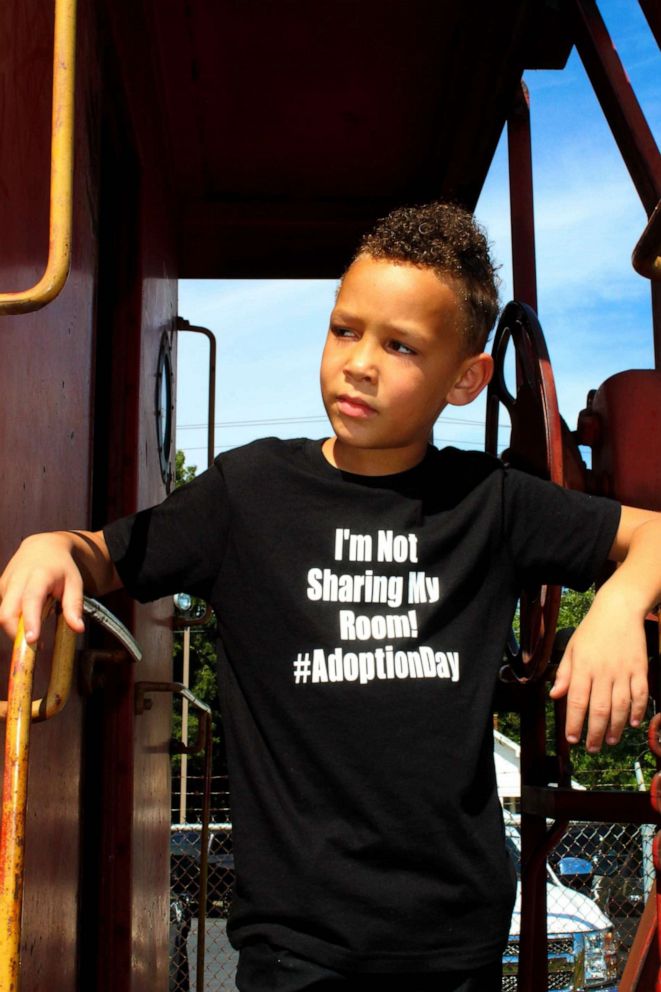 To celebrate Princeton's adoption, the Jones-Baldwin clan gathered for a special family photo shoot. Each kid wore a shirt with a funny quote, which said things like, "I'm not changing diapers." 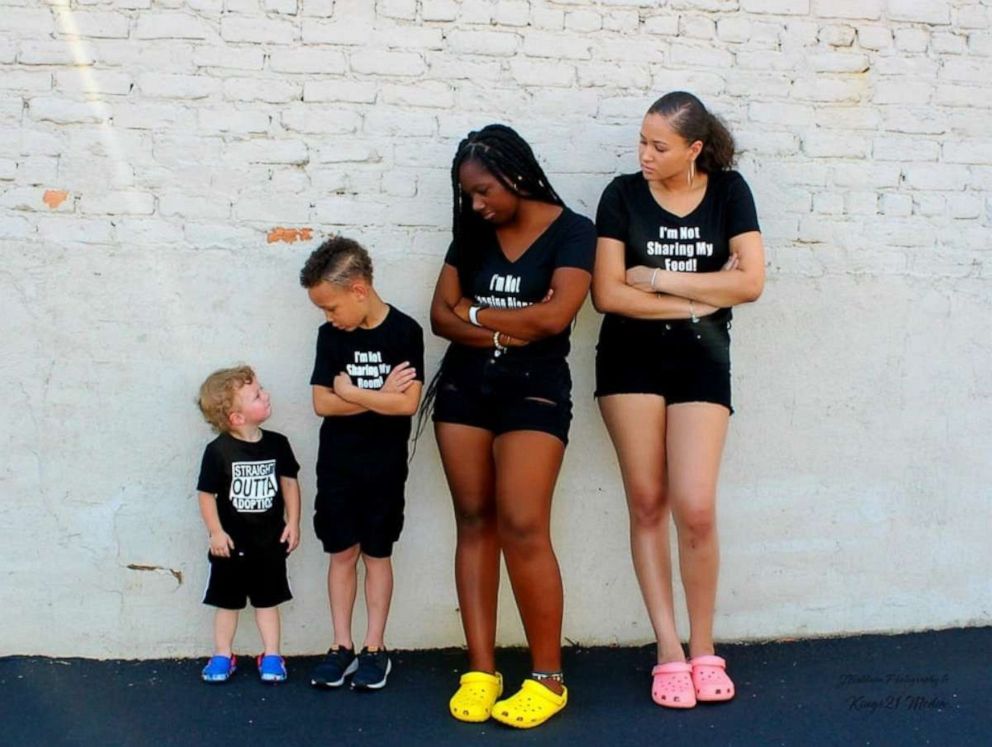 The family now runs several social media accounts titled, "Raising Cultures," where they raise awareness on what it's like to be part of a multi-cultural family.

Jones-Baldwin said she will continue to keep her home open to foster children who are in need of love.