With in-person Pride celebrations canceled across the country this year due to the coronavirus pandemic, two dads in Seattle found a creative way to still celebrate the LGBTQ community with their children. 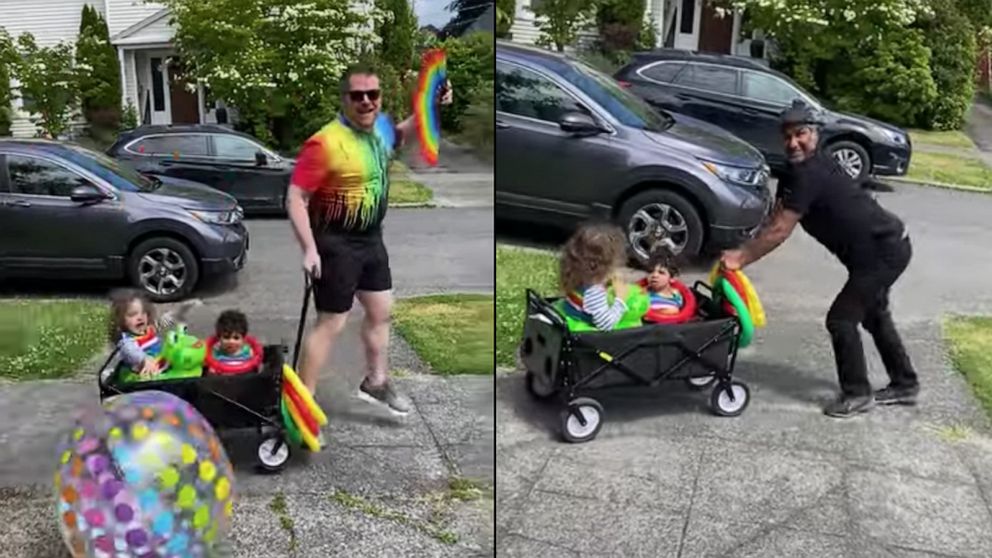 Ricky Shankar/Storyful
Ricky Shankar and Nic Marcheso, and their children, London and Roman, celebrated Pride with a mini-parade in their Seattle neighborhood.
Editor's Picks

"Every year we go out to Pride and do the family stuff and it helps," Shankar, who marched with his family in last year's Pride parade in Seattle, told "Good Morning America." "We didn’t want this year to go by without celebrating something."

Shankar and Marcheso led Roman and London in a "parade" around their neighborhood on Saturday that featured a kids' wagon and colorful accessories like inflatable toys and fans.

When they saw neighbors outside and explained how they were celebrating Pride as a family, the neighbors cheered them on with clapping and chants of "Happy Pride," according to Shankar.

"We got to explain to our kids what allies were based on that moment," he said. "It really made such a difference to us." 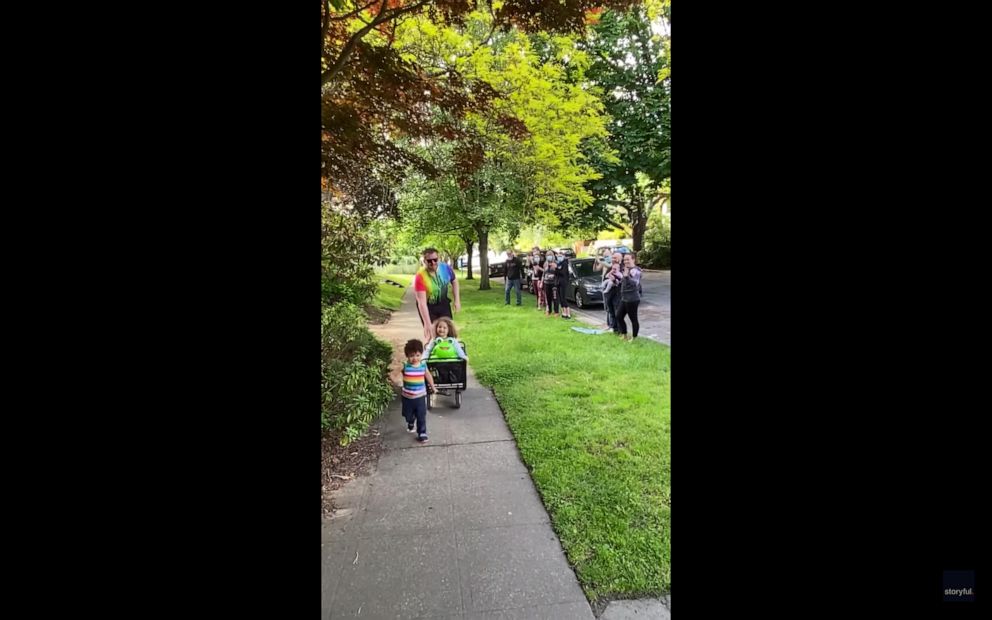 Ricky Shankar/Storyful
Ricky Shankar and Nic Marcheso, and their children, London and Roman, celebrated Pride with a mini-parade in their Seattle neighborhood.

In addition to the fun of the parade, Shankar and Marcheso spent time on Saturday using their Pride celebration to explain concepts like protests and fighting for equal rights to London and Roman.

Shankar said the family continued the conversation with their kids Monday morning when the U.S. Supreme Court ruled that employment discrimination on the basis of sexual orientation or gender identity is prohibited under federal civil rights law, upholding Title VII of the 1964 Civil Rights Act.

"This morning we kind of connected it back to that with the kids, that black people fought for those civil rights that were upheld and we benefited from it today," he said. 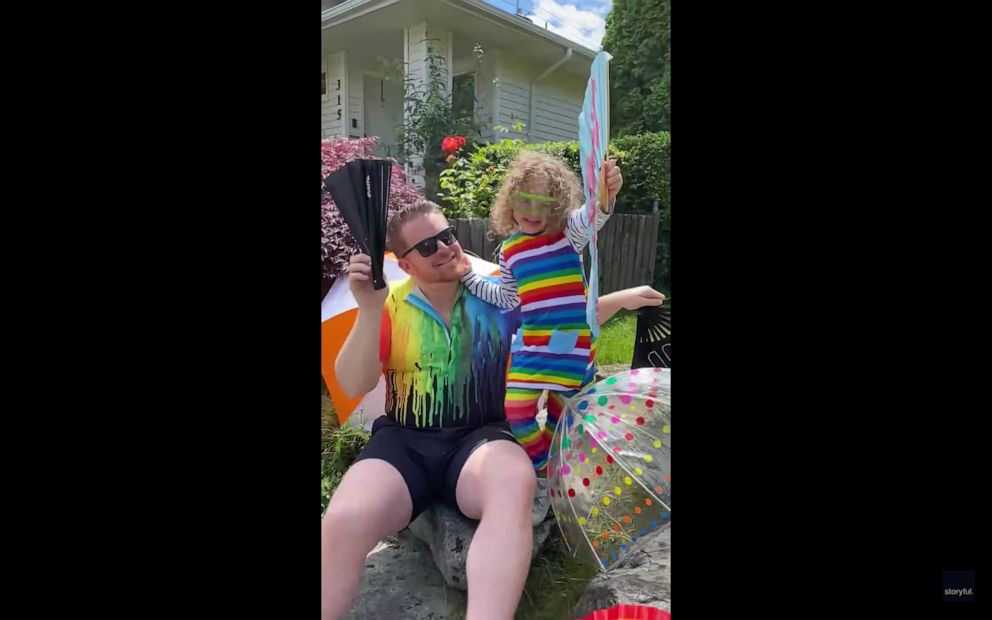 Ricky Shankar/Storyful
Ricky Shankar and Nic Marcheso, and their children, London and Roman, celebrated Pride with a mini-parade in their Seattle neighborhood.

"If we all do our own part, then we’ll all get somewhere together," he said. "Equal rights for all."