Alicia Silverstone, who has always been open over the years about her approach to parenting, is making headlines again this week after revealing that she co-sleeps with her 11-year-old son, Bear.

The "Clueless" star said on "The Ellen Fisher Podcast" that she and Bear co-slept when he was a baby and they have continued to do so.

"Bear and I still sleep together," Silverstone said, adding with a laugh, "I'll be in trouble for saying that but I don't really care." 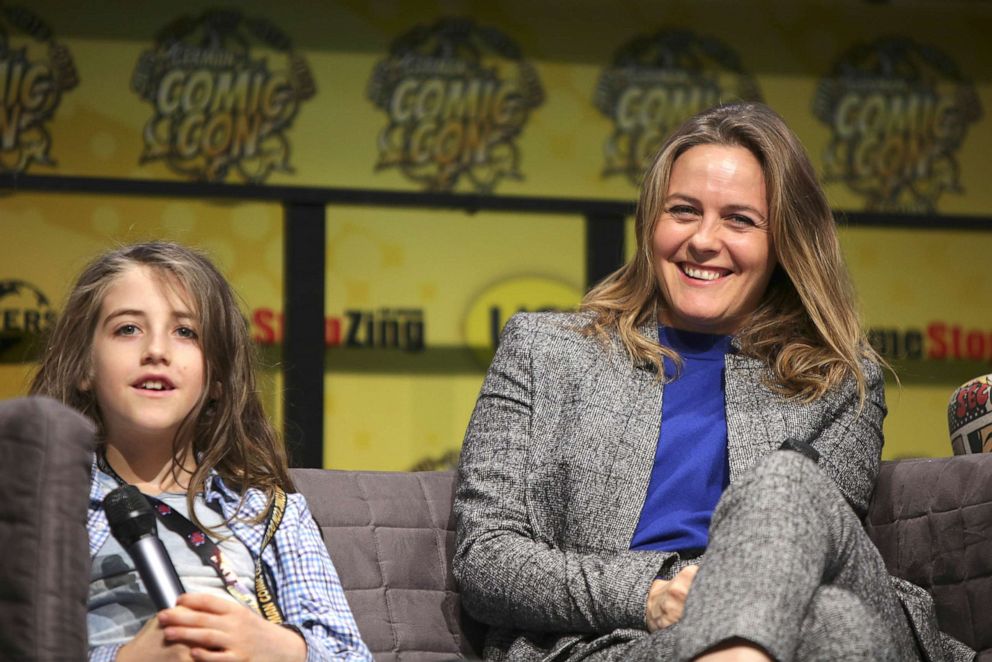 The 45-year-old mother, who is also the author of "The Kind Mama," said co-sleeping is just one of the different parenting methods she's embraced.

"The things I'm doing, I'm not inventing. I didn't invent any of it. I would love to take credit for all of it, but it's not me unfortunately; it's just me following nature," Silverstone told Fisher. "And yeah, sleeping with your children, I mean, if you were in any kind of wild setting, where there are animals, if you put your baby over there, your baby is going to get eaten. So it's not ideal for the baby to be over there."

Experts say there are no major issues with a parent co-sleeping -- sharing a bed or room -- with their child if the arrangement works for both parties, but parents co-sleeping with babies and infants should keep safety precautions in mind.

"For infants, it's pretty clear at this point that bed-sharing does impose some risk of suffocation," said Dr. Craig Canapari, a pediatric sleep specialist and director of The Yale Pediatric Sleep Center.

The American Academy of Pediatrics, which released updated guidelines for parents in June, does not recommend parents share a bed with infants except if feeding or comforting them.

"In older children, there's certainly no health risks associated with [co-sleeping]," Canapari told "Good Morning America." "In many cultures, it's quite common for there to be a family bed in certain parts of the world, either by necessity or because just culturally that's how families sleep."

"There's all sorts of different families and family contexts and it's pretty easy for people to judge families that are doing things in a different way than them," he continued. "I don't think there's any evidence that this might result in any sort of behavioral challenges or make a child more likely to being anxious or have difficulty separating."

For co-sleeping with older children, Canapari advises parents keep in mind that both parent and child should have enough room and are comfortable with whatever sleeping arrangements work for them.

MORE: ABC News' Ginger Zee: How a sleep training expert got my son to sleep through the night

Canapari noted that in some cases, co-sleeping could be indicative of a larger issue, such as separation anxiety, which can be addressed with a health professional, but in general, it isn't a cause for concern.

"It's important to normalize stuff like this. Like if everyone's sleeping well, everyone's happy. The child is able to separate when he wants to, like he can go on a sleepover. It's not a big deal," Canapari said.

Ultimately, Canapari said, "It's important that parents and children feel well rested in the morning and during the day."

"Every child is different, and, you know, we should celebrate these differences," he added.