Inclined sleepers for babies and crib bumper pads will be banned from being manufactured and sold under legislation signed into law Monday by President Joe Biden.

Biden signed the bill, the Safe Sleep for Babies Act, into law less than two weeks after it was passed by Congress.

The legislation defines inclined sleepers as "those designed for an infant up to one year old and have an inclined sleep surface of greater than 10 degrees." Crib bumpers are defined by the law as "padded materials inserted around the inside of a crib and intended to prevent the crib occupant from becoming trapped in any part of the crib's openings."

Rep. Carolyn B. Maloney, chairwoman of the U.S. House Committee on Oversight and Reform, which led an investigation on the infant sleep products, said the products now banned have been linked with "hundreds of infant deaths."

"My Committee’s nearly two-year investigation revealed that deficient safety reviews, unscrupulous marketing practices, and flaws in our nation’s consumer product safety system allowed companies to keep these products on the market," Maloney said in a statement. "Too many families have suffered an unimaginable and totally avoidable loss. While nothing will bring back their loved ones, with the passage of this law, we can at least ensure that babies will no longer be put at risk by these dangerous products.”

Erika Richter, of Portland, Oregon, said not wanting another parent to experience the loss of a child is what motivated her to speak out after her 2-week-old daughter, Emma, died in 2018 while using a Fisher-Price Rock 'n Play sleeper, a type of inclined sleeper banned under the new law. 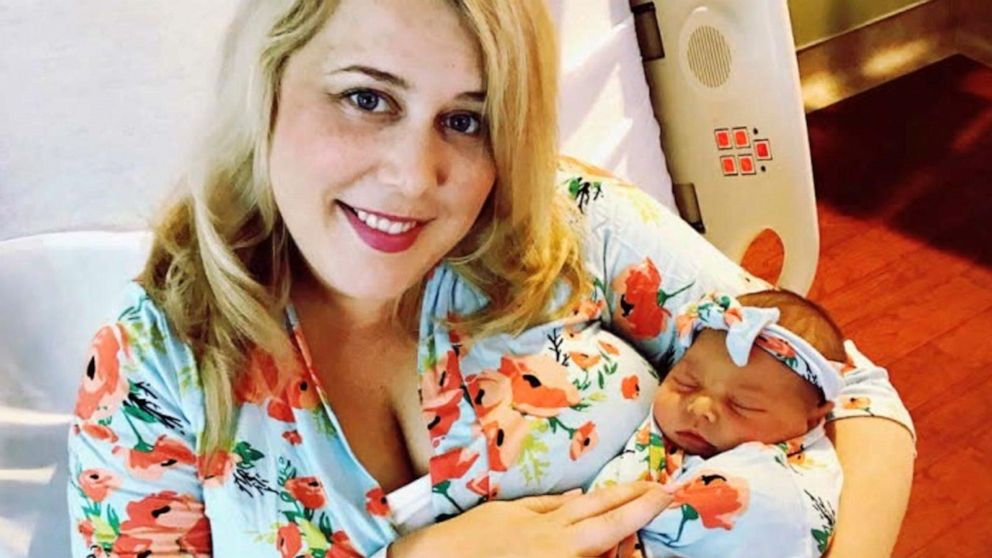 It was only after Emma's death that Richter said she learned about reports of other infant deaths associated with Rock 'n Play sleepers, which were recalled in 2019 by the Consumer Product and Safety Commission after being linked to over 30 deaths.

"I thought to myself, ‘If I had just known sooner,'" Richter told "Good Morning America" earlier this month, when the bill passed Congress. "I wish that somebody had done what I’m doing and what some of the other mothers are doing more publicly around the time that I had Emma."

In 2020, Richter filed a lawsuit against Fisher-Price for wrongful death and gross negligence. The case is ongoing in Los Angeles County Superior Court and Richter declined to provide details on her daughter's cause of death due to the litigation.

In its answer to the lawsuit, Fisher-Price has denied all of the allegations and specifically denied “that because of an act or omission by them, their agents, or independent contractors, Plaintiffs were injured or damaged in any sum, or at all.”

Last June, Richter shared her story publicly for the first time at a congressional hearing that followed up on a report from the House Committee on Oversight and Reform. The report found Fisher-Price ignored repeated warnings that its Rock 'n Play sleeper was dangerous before the device was recalled.

The report found more than 50 infant deaths were linked to the sleeper, which puts infants at a 30-degree incline.

The cause of death for some of the babies was asphyxia, or the inability to breathe, due to the child's position, the report said.

"We trusted a name brand, and we were wrong," Richter said in her testimony, holding up baby clothes as a reminder of what she has left to remember her daughter. 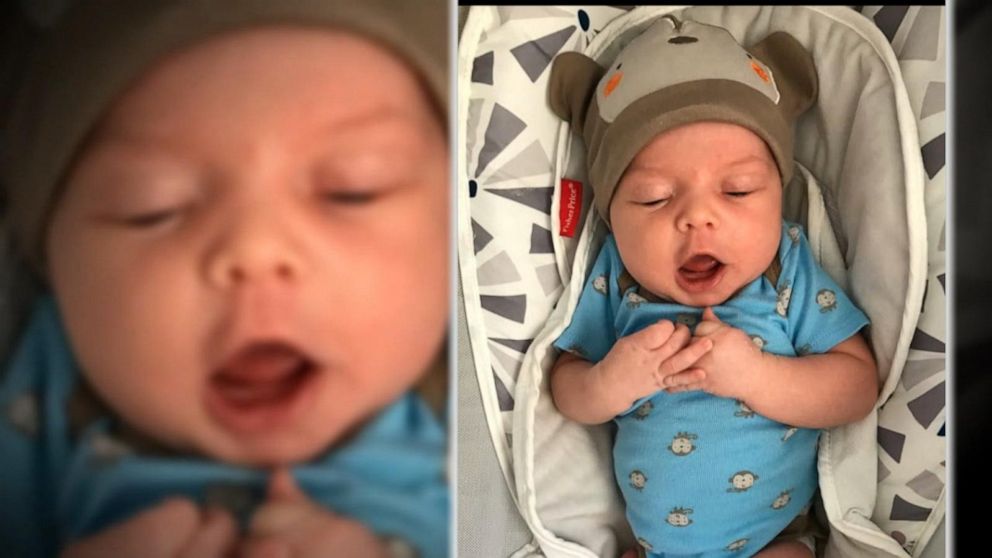 When Richter first shared her story publicly last June, a spokesperson for Mattel, the parent company of Fisher-Price, told ABC News in a statement there "is nothing more important" to the company than the safety of its products and that its "hearts go out to every family who has suffered a loss."

"The Rock ‘n Play sleeper was designed and developed following extensive research, medical advice, safety analysis and more than a year of testing and review," a spokesperson said, adding that independent medical and other expert analyses verified that the sleeper was safe when used in accordance with its instructions and warning. "It met or exceeded all applicable regulatory standards. As recently as 2017, the U.S. Consumer Product Safety Commission (CPSC) proposed to adopt the ASTM voluntary standard for a 30-degree angled inclined sleeper as federal law."

A Mattel spokesperson confirmed to ABC News Thursday the Rock ’n Play Sleeper is no longer on the market, noting it, "was sold from its introduction in 2009 up until its voluntary recall in April 2019."

Guidelines from both the CPSC and the American Academy of Pediatrics say caregivers should always place infants to sleep on their backs on a firm, flat surface and should never add "blankets, pillows, padded crib bumpers, or other items to an infant's sleeping environment."

Around 3,400 babies in the U.S. die each year while sleeping, in sudden and unexpected deaths, according to the AAP, which issued a statement Wednesday applauding the passage of the Safe Sleep for Babies Act. 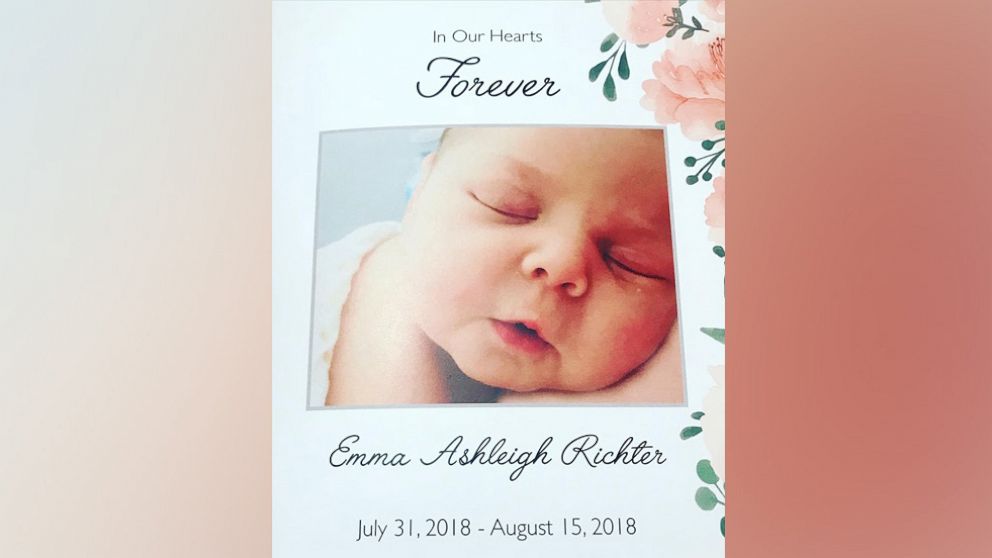 “The message from pediatricians has long been clear: the safest sleep environment for babies is a firm, flat, bare surface," AAP's president, Dr. Moira Szilagyi, said in a statement. "Despite what the science shows, crib bumpers and inclined sleepers have remained on the market and store shelves, misleading parents into thinking they are safe and leading to dozens of preventable infant deaths."

MORE: Mom whose infant son died due to crib bumpers calls for change

Even when federal crib standards changed in 2011, mandating a smaller distance between crib slats so babies would not get their heads stuck between them, crib bumpers -- which arguably had lessened that risk -- became unnecessary, but they remained on the market, despite the safety risk, according to Dr. Ben Hoffman, a professor of pediatrics at Oregon Health & Science University and chairman of the AAP's Council on Injury, Violence, and Poison Prevention.

"There is an assumption that [products] are safe until they are proven dangerous, as opposed to what I think the public believes, which is if something is sold, it is safe," Hoffman told ABC News last year.

Richter said she too has learned from her advocacy work since Emma's death that parents need to be cautious consumers when it comes to the products they use with their kids.

"I have learned that we have a long way to go when it comes to consumer protections, and that legacy brands do not equal trust," she said. "People die because they make assumptions that the brands themselves are doing their due diligence, and you cannot put that type of control in the hands of a profit maker or profit owner." 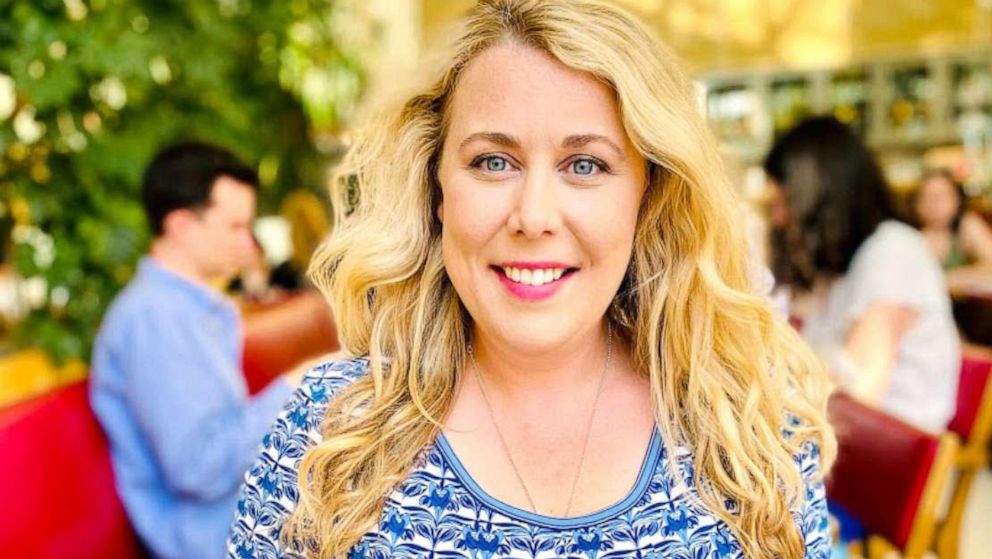 Courtesy Erika Richter
Erika Richter, of Portland, Oregon, became an advocate for consumer product safety after the death of her infant daughter in 2018.

Richter said she plans to continue to push for more consumer controls, including calling on Congress to repeal a provision, 6B, in the Consumer Product Safety Act that she claims allows companies to "self-regulate" when it comes to product safety.

Richter said she also plans to keep speaking out to raise awareness and make sure banned infant sleep products don't end up in the hands of other mothers.

"I’m still a mom. I’m still Emma’s mom. I still have that responsibility, and I still think like a mom and I still want to protect other moms and other children," she said. "That is so important to me."