By Eliza Murphy
Share —
Sign up for our newsletters to get GMA delivered to your inbox every morning!

One Missouri woman came up with a unique way to cherish her family’s Thanksgiving memories each year — and she couldn’t be more grateful that she did.

In 2000, Deb Mills of Clinton began the holiday tradition of having each person who joins her family’s Thanksgiving dinner sign her white tablecloth.

“We are a blended family, and we set out to make some very special family traditions that are all our own,” she told ABC News of her unique idea. "Back in 2000, I got out this plain white tablecloth, and put it on the table, and my teenage kids looked at me like I was crazy when I said, ‘I want you to sign this tablecloth.’ Then a few years later, the [grandchildren] came along, and now we have 16 years of memories on the tablecloth.” 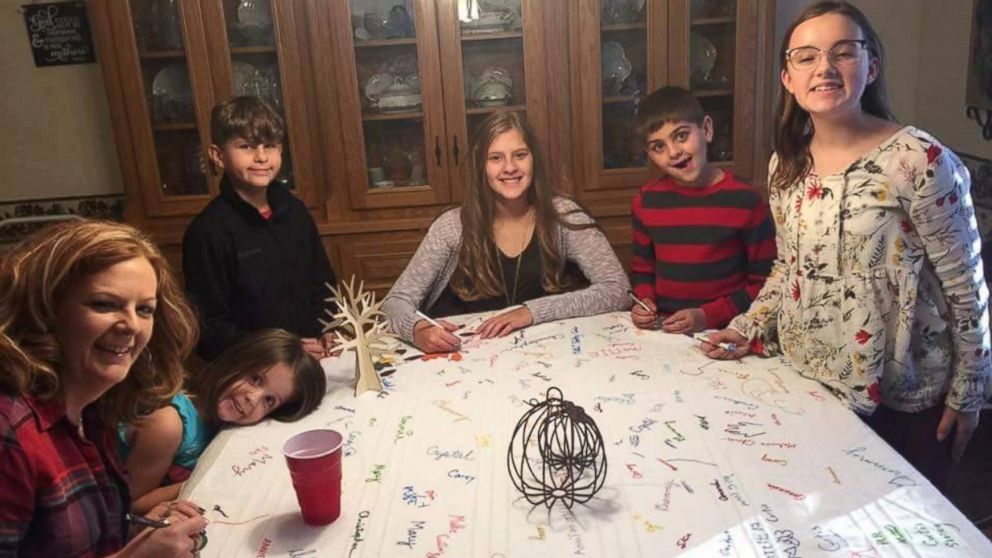 Courtesy of Deb Mills
Deb Mills, of Clinton, Missouri, has everyone that joins them for Thanksgiving sign their name on her tablecloth.

There is one memory that is perhaps the most sacred and special: the signature of their daughter Mary, who died suddenly of a ruptured aneurysm three years ago at the age of 44.

“The most important thing is we have the names, the signatures of those that have been dear to us through the years that are no longer with us,” an emotional Mills said, fighting back tears. “Particularly, we lost a daughter three years ago, and it is very special to be able to put that tablecloth on the table each Thanksgiving and there is Mary’s name and she’s among us. As well as my mother and my husband’s father. Those three signatures are irreplaceable to us at this point, and I’m sure that tablecloth is irreplaceable to our four remaining kids and 10 grandkids and anybody else that has sat our table.” 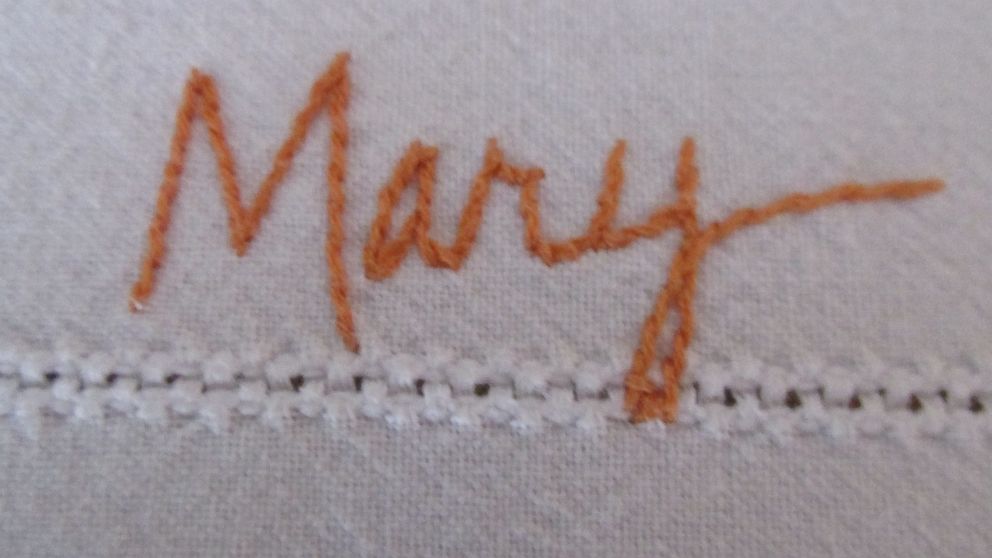 Courtesy of Deb Mills
Deb Mills, of Clinton, Missouri, has everyone that joins them for Thanksgiving sign their name on her tablecloth.
Editor's Picks
(MORE: Trisha Yearwood shares the recipe for Garth Brooks' favorite dish and her 'misfit' Thanksgiving traditions)

The close friends and family all sign their name using the same colored pen, which alternates each year.

“Each year is done in a different color, and along the edge I have the color code,” Mills explained. “For 2015 we have royal blue because the [Kansas City] Royals won the World Series. Then I hand-embroider it through the winter months. That makes it much more durable.”

Footprints of newborn babies and a drawing of a graduation hat also emblazon the tablecloth to mark each generation’s celebrations. Although there are some names included that are better left in the past.

“When the kids were younger, they would say, ‘If we invite so and so and we break up, then what?’” Mills said, laughing. “And that has happened. But we have gravy boats strategically placed for just that reason.” 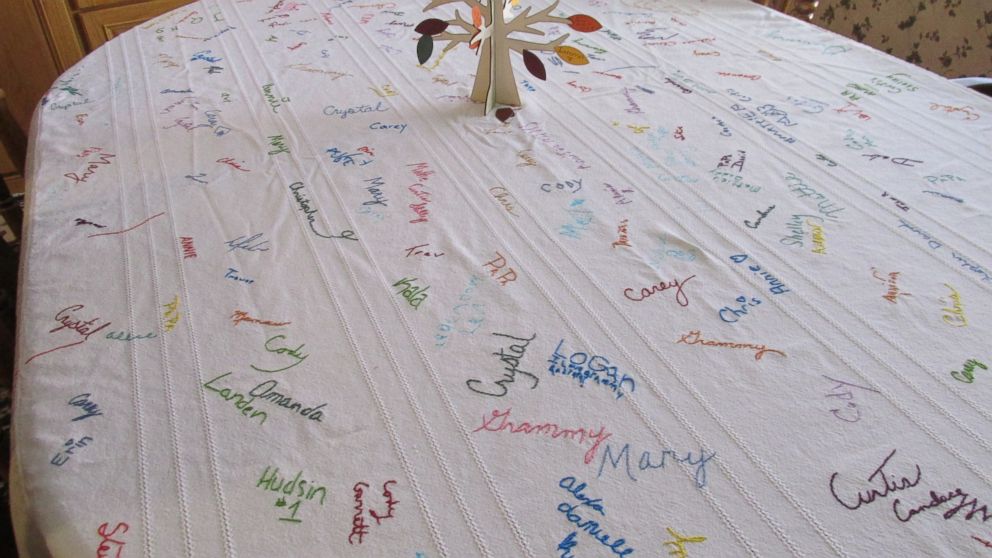 Courtesy of Deb Mills
Deb Mills, of Clinton, Missouri, has everyone that joins them for Thanksgiving sign their name on her tablecloth.

The proud grandmother is flattered that several of friends heard about the tradition and started tablecloths of their own.

“It’s just a little special tablecloth to us. It’s no big deal,” she said. “But people are now planning on starting it this Thanksgiving. These are younger girls, and I’ll have them over to show them how to embroider it for years to come.”

More than anything, Mills said, “We are so blessed with such a great family. Families are of extreme importance, and making memories and traditions that carry on to the next generation are so irreplaceable.”

Editor's Note: This story was originally published on November 16, 2016.