For many, music has been the one constant throughout a chaotic year. And for father-daughter duo Richard Weitz and Demi Weitz, music has meant so much more.

Over the past year, they were able to raise $22 million for those in need with the help of stars like John Legend, Dolly Parton and Lin-Manuel Miranda, through their virtual concerts called “Quarantunes.” 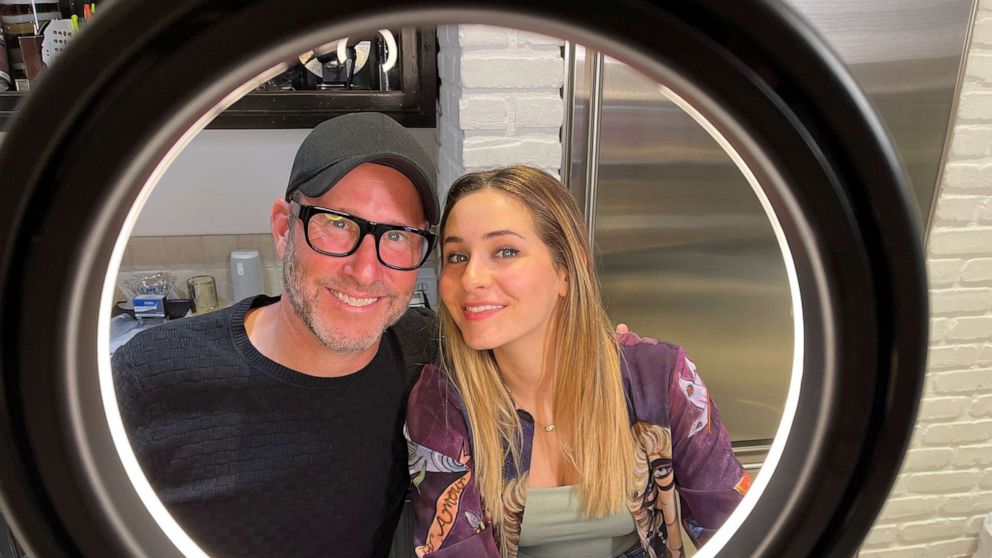 Their efforts began on Demi’s 17th birthday party when her dad invited a pianist to serenade her and her friends on Zoom.

“It just illuminated everyone’s quarantine,” Demi told “Good Morning America.” “So from there we kept doing it and I said, you know what? We have a platform. We need to raise money.”

Richard, who is a partner at global entertainment agency WME that represents a plethora of stars and works with actors including LL Cool J, Rob Lowe and Priyanka Chopra, set a goal to raise $10,000 for the next zoom concert to benefit the Saban Community Clinic.

Richard Weitz
Richard Weitz and Demi Weitz set up for a virtual "Quarantunes" Zoom concert.
MORE: Celebrities use their platform to give back during the <a href="https://abcnews.go.com/alerts/coronavirus" id="_ap_link_coronavirus_Coronavirus_" target="_blank">coronavirus</a> pandemic

“We raised $38,000 after three hours and I was floored,” Demi said. “It spiraled and it turned into a real fundraising platform.”

But it wasn’t just musicians who wanted to help the Quarantunes cause. Stars like Julie Andrews, Magic Johnson and Amanda Gorman joined in to help raise funds for over 40 organizations hit hard during the pandemic.

“This has been the most humbling experience because, we started to make sure people were having fun and some entertainment and with Demi’s idea of raising money, we have been able to help hundreds of thousands of people across the United States,” Richard said. “It just makes you feel good.”

“We’re helping people. We’re doing what we can and we’re making a difference,” Demi said.

And the two plan to continue raising funds for organizations in need, planning a show this weekend from the New Amsterdam Theatre in New York. And though Demi will be heading off to college in the fall, she plans to still continue her efforts with Quarantunes.