As schools push to resume in-person learning, some children are afraid of going back to school.

"There is a big range in how kids are responding. There are some kids who can’t wait to get back to sports and back to school. There are other kids who are very nervous about it," said Carol Weitzman, M.D., a developmental and behavioral pediatrician, during a recent virtual town hall meeting held by the American Academy of Pediatrics (AAP).

It may be challenging for some children confronting reentry to in-person learning, according to guidance from the AAP. Some may feel separation anxiety and misgivings about moving through unfamiliar new environments outside the safe space of their home. It's especially hard for kids who already grappled with anxiety, depression and ADHD, the AAP said. 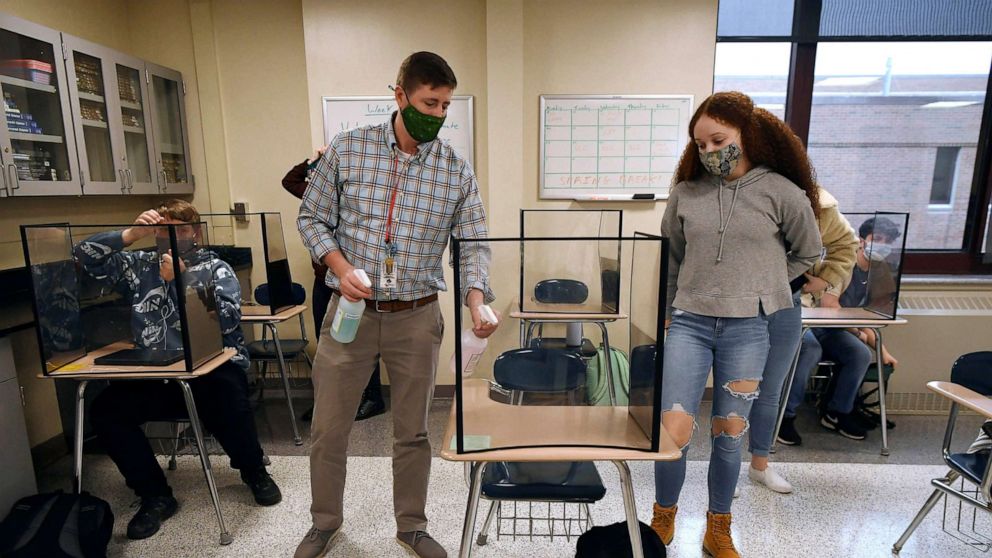 And with a prior history of trauma or autism spectrum disorder, children with the same ambition at learning may face steeper challenges. Younger children may also struggle with changes in routine.

"The pandemic has significantly impacted children’s mental health," Neha Chaudhary, M.D., a child and adolescent psychiatrist at Massachusetts General Hospital, told ABC. "This was already a crisis before, but the pandemic ended up removing the last bits of supports -- like classrooms, structure, routines and socialization -- that were helping kids stay afloat."

Despite its challenges, some children have thrived in the virtual environment. Weitzman noted that those with social anxiety or those who were bullied have done well during virtual schooling because a major stressor has been removed.

Educators and physicians worldwide have continued to tackle these challenges throughout the pandemic as a part of a bigger push to address mental health issues in children. What was an issue before has become its own crisis amid COVID-19.

Evan Snyder, a middle school teacher in central Indiana, said he sees students frustrated by the uncertainty of the pandemic. He teaches at a school that has adopted a hybrid model, where students attend in-person class some days and virtual class on others.

Snyder said, "Even today, we’re finding students that don’t have their day-to-day schedule and don’t know what the next day is going to be. That all affects their mental, emotional and, ultimately, physical health."

Still, teachers and physicians stress the positive aspects of returning to school.

MORE: Parents are holding kids back in school amid COVID-19: How to help them catch up

"I remember coming back the very first day of school last August. We had this quick activity to catch up on each other’s lives and I just let them talk," said Snyder. "I could tell that a lot of them were smiling behind their mask because that was the first conversation they were having with a classmate since early March."

Wendy Sue Swanson, a pediatrician and author of the book, "Mama Doc Medicine: Finding Calm and Confidence in Parenting, Child Health, and Work-Life Balance, said children under 10 "really need in-person instruction, hands-on education and to be back in a social environment to build structure and social and emotional learning."

She added, "Advocacy from groups, like the American Academy of Pediatrics, that have really worked hard to get kids back to school is important." 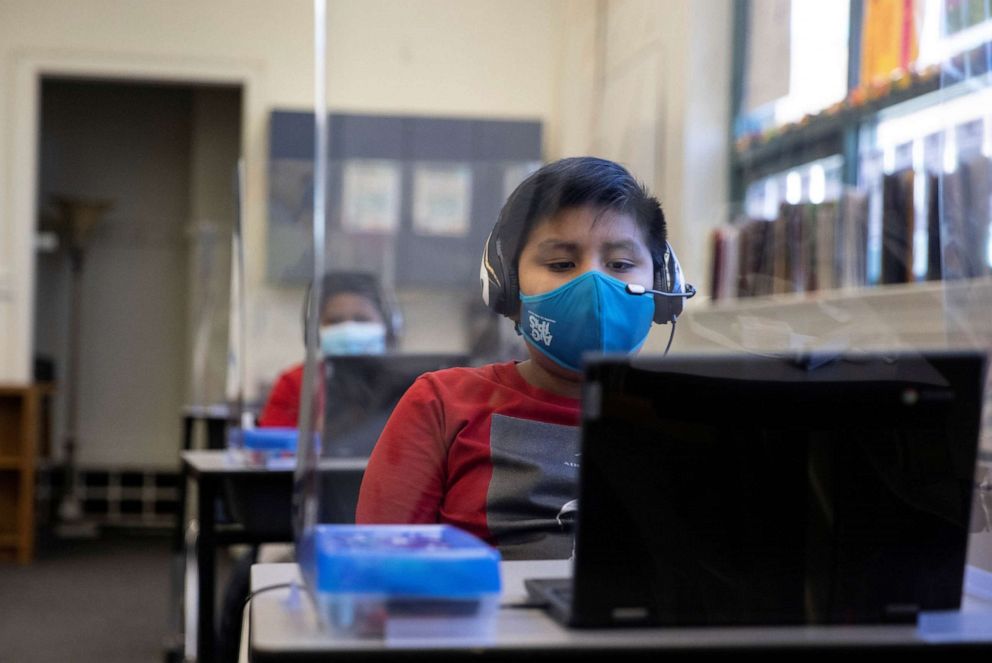 At a time when the most tender ages are more vulnerable to falling behind, how can parents, caretakers and guardians help their children succeed?

Pediatricians and teachers have several thoughts:

Be a model: "How we respond to anxiety, stress and the circumstances of our life is deeply impactful to our children,” said Swanson. "You don’t just expect them to see it, but you talk through it. It’s not pretending like there’s no anxiety or stress."

Create a safe space to talk: "Parents can proactively check-in with kids about their mental health. We have all been going through a collective trauma, and kids need the space to process how they are feeling and how the pandemic – and now, return to school – have impacted them," said Chaudhary.

Snyder agreed. "The best thing from a teacher’s perspective that we always tell our parents is to talk to their kids about the situation and be empathetic," he said.

Know when you need help: "What's important to note is that for many kids, that return in motivation or ability to learn will not come back with just a return to in-school and might instead need treatment," said Chaudhary. "Parents should not hesitate to seek the help of a professional for at least an evaluation if they suspect that their child is continuing to struggle despite the return."

Acknowledge that children are incredible: "I think we cannot underestimate kids," said Weitzman during the AAP town hall.

Swanson also acknowledged that "children are more plugged in than ever before and aware of what it’s going to be like going back."

Fear is natural, but it's what you do with it that makes all the difference, experts say. And as children return to in-person education, what’s most essential is a good support system with involved family, teachers and pediatricians.

Tarun Jain, M.D., is a chief resident in the combined internal medicine and pediatrics program at McGovern Medical School at UT Health in Houston. He is a contributor to the ABC News Medical Unit.