A video of a 102-year-old woman participating in her great-grandson's physical education class is spreading smiles across social media.

Julia Fulkerson did stretches and aerobics with 6-year-old Brody Contreras, while he attended physical education online with his fellow first graders.

Brody's mom, Angie Contreras of Phoenix, Arizona, told "Good Morning America" that she spoke with Brody's teacher so Fulkerson could have a chance to meet the class, though Fulkerson beat them to it and decided to join in on the fun.

"I couldn't stop laughing and I thought it was the sweetest thing," Contreras said, adding that she filmed the moment. "I get such a kick out of her"

Contreras posted the video to Instagram. It was quickly shared by several accounts and news outlets.

Fulkerson is the grandmother of Contreras' husband, Joel Contreras. Fulkerson has six grandkids and four great-grandkids.

The pandemic separated Fulkerson from her family, but she started seeing Brody since his parents were vaccinated, Contreras said.

Fulkerson drove a car until she was 100 and worked for the mining community. Contreras said Fulkerson very much enjoys living in the small town of Ajo, Arizona. 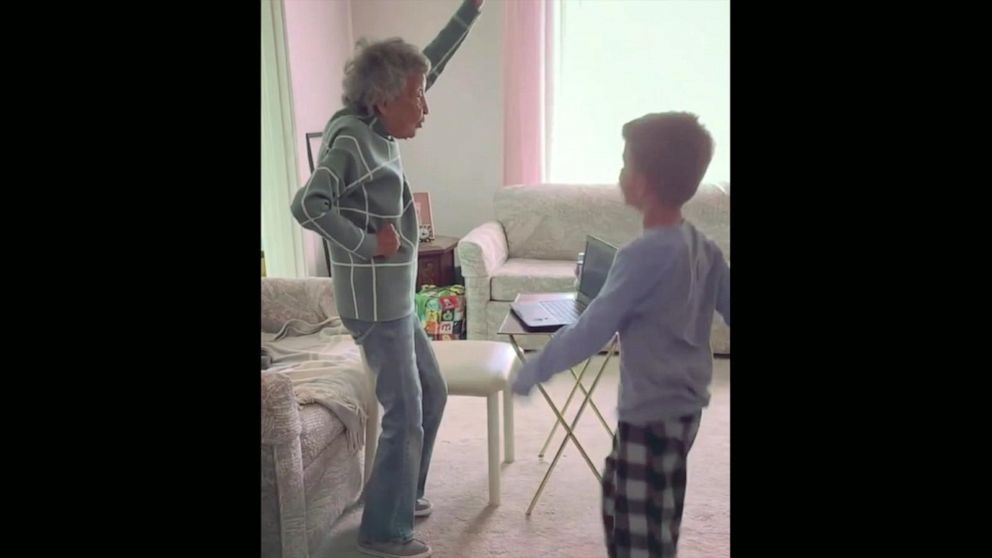 "My favorite quote whenever anyone asks what [grandma's] secrets is, she says, 'Dancing on tables and kissing boys,'" Contreras said.