It's common practice that babies who are formula-fed switch to cow's milk around their first birthdays. For breast milk-fed babies, that transition usually happens either after the baby's first birthday or whenever mom starts to wean.

However, in recent years, more parents are opting for "toddler milk."

Manufactured by the same companies that offer baby formula, including Enfamil, Happy Baby, Nature's One and HIPP, toddler milk is marketed as the next step for babies one year or older.

According to a 2016 report from the World Health Organization, toddler milk is the fastest-growing category of breast milk substitutes, with 8.6% growth per year.

While the market for toddler milk grows, sales of infant formula have decreased. "Sales of toddler milk more than doubled in the study period [2006-2015], from $39 million in 2006 to $92 million in 2015. In the same time period, TV, print, and online advertising spending for toddler milk increased from less than $5 million annually to more than $20 million annually, while advertising spending for infant formula declined," a study cited in The Atlantic, revealed.

In an era of overwhelming choices, opinions and social media pressures to be the perfect parent, toddler milk may just be one more thing parents don't need, but purchase anyway because they think they should.

More: Why more moms are turning to 'black-market' baby formula

"Regular cow's milk and water are the only beverages a toddler needs and I really encourage parents of toddlers to fight the urge to give them more food, more nutrients and let their kids regulate their own appetite," she advised.

"I worry that parents sometimes get creative -- trying to give more milk, PediaSure, juice, etcetera and ultimately, the liquid calories make their kids full and decreases their appetite for real, nutritious food," she said.

The makers of one of the most popular toddler milks, Enfagrow Toddler Next Step Milk Powder, don't necessarily agree. 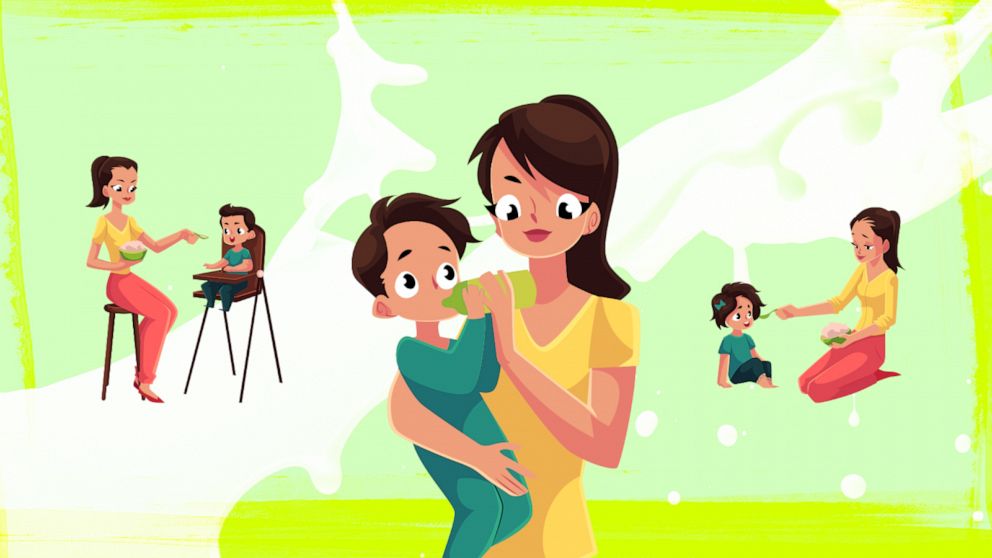 "The first 1000 days are crucial in a child’s life and is the most active period of neurological development," Dr. Christina J. Valentine, the medical director for RB North America, the parent company and maker of Enfagrow, told "G

"Poor nutrition during this period could have lasting effects through adulthood. Toddler’s nutritional needs should be primarily met through adequate dietary intake, but their diets may be lacking in certain nutrients that are important to their development," she continued.

"For toddlers who may experience nutrient deficiencies or dietary restrictions, a toddler nutritional drink, like Enfagrow, can help bridge these potential nutrition gaps. They have been formulated to contribute to the specific nutritional needs of toddlers by providing key nutrients such as DHA and Iron, and other important vitamins and minerals."

But Bracho-Sanchez said the eating patterns of toddlers can vary widely from day-to-day and should not cause alarm in parents.

"A toddler may eat a lot one day and the next day eat three bites of a sandwich. They may like a veggie today and tomorrow want nothing to do with it," she said. "This is absolutely normal. Your pediatrician tracks your child's weight and growth at every well child care appointment and as long as your child is growing, your job is to offer healthy food options and leave it up to them whether they'd like to try them."

The American Academy of Pediatrics recommends young children drink water and plain milk and limit juice. On its list of drinks to avoid: flavored milks, plant milks and toddler milks.