There was a period when our 4-year-old son Lex would sing "This Land Is Your Land" everywhere he went. He learned the song in preschool, and it quickly became his favorite.

He couldn't pronounce all the words correctly, but he sang it with such pride and conviction. "This land was made for you and me," he would belt out at the top of his lungs in the grocery store, on the way to play dates, even during swim class. It earned him adoring looks from just about everyone we passed.

His singing reflected a sweet naivete about America that most parents think all kids should have -- "If I'm a good person, good things will happen to me." "The world is a good place."

Lately, I have been watching a video of him singing the song repeatedly, and wishing those sentiments were true.

He learned early on that bad things could happen to him just because of the color of his skin. At 9 years old, he was on a summer camp field trip to see a Broadway play in midtown Manhattan. While the kids waited in line, a man walked up to my 52-pound son, pushed his head and called him the n-word.

I got a call from one of the camp counselors shortly after. I couldn't believe it. He was so much smaller than all the kids, so mild-mannered back then. However, I knew a day would come when the world would stop viewing him as "cute" and see him as a threat. We had always talked about race, teaching him what we thought were age-appropriate stories about civil rights and great achievements by black and Latino people.

Lex was startled by the ordeal, but didn't quite get the gravity of the situation. 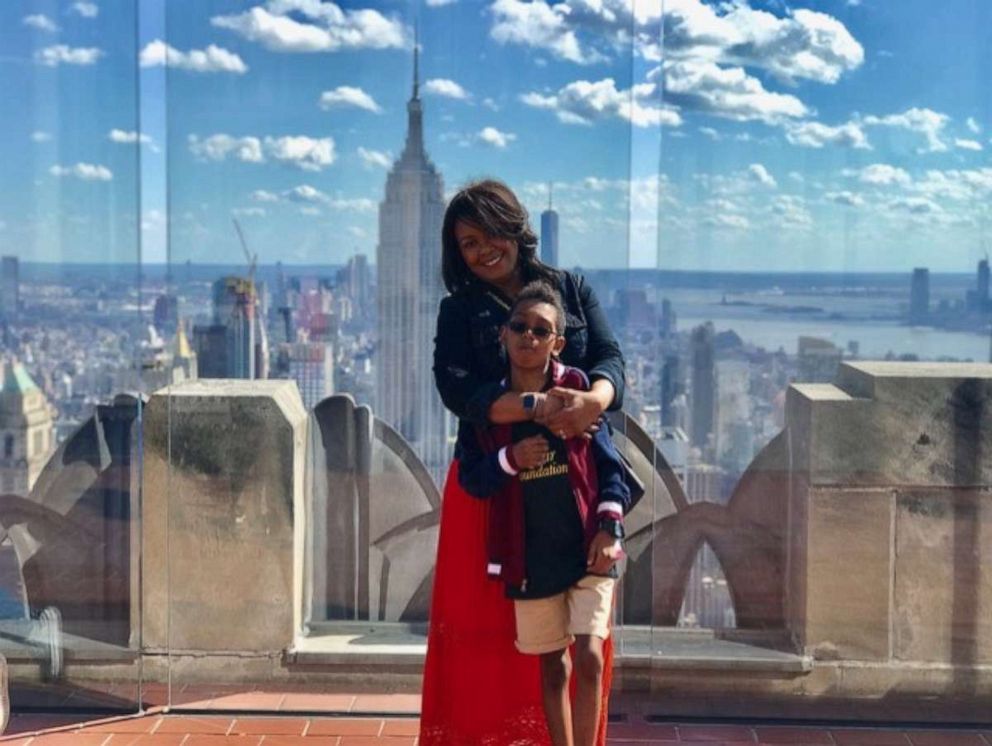 We knew it was time for "the talk," and I am not referring to the birds and the bees. This talk was about the bias and brutality black boys and men face every day in America. I must admit, it's an odd thing to tell a child that the police won't always mean safety and protection for him. They could mean injustice and even death. And to be clear, these are not conversations we wanted to have, these are conversations we had to have. I was so jealous of all the parents I knew who didn't even have to consider doing this. I was jealous of those parents who didn't get scared when their child walked out the door in a hoodie. I didn't have that luxury. Ignorance was no longer bliss. There are things Lex needed to know.

It's a tremendous burden for a tiny human to carry. To know his blackness is what people fear.

You can't be as mischievous as your white friends. A dare or pranks that might earn them dirty looks or a scolding, could get a black boy shot.

When you enter a store, you will probably be followed by security. It's not fair, but it's going to happen.

There is this thing called implicit bias that will make others see a black child as older and more aggressive than they really are.

MORE: Until our son becomes the next 'scary Black man'

If you have to interact with a police officer, keep your hands out of your pockets, don't make sudden movements and be respectful. You have a right to be angry. Just don't show it.

It's a tremendous burden for a tiny human to carry. To know his blackness is what people fear. The truth is, he can be playing in a park, like Tamir Rice, out for a jog, like Ahmaud Arbery or sleeping in his bed like Breonna Taylor and fall prey to a society entrenched with racism. I dread the day he takes the subway alone, knowing I will anxiously watch the clock until he walks through the door.

Watching George Floyd essentially narrate his own death as a cop kneeled on his neck heightens that fear for parents and kids. "There is nothing we can do," Lex said after learning about yet another police killing of an unarmed black man. "Things probably won't change in my lifetime. In a lot of places, people are openly racist and it's like their right to be racist is protected." It feels silly to say, this toxic culture needs to change. Of course it needs to change. But how? Black parents certainly can't do it alone. We need allies more than ever.

Since the protests began, a lot of people have asked me what they can do. The most important thing any parent can do is talk to your child about race and racism.

A lot of people think teaching their kids not to see color is the solution. It's not.

Teach them about differences and to acknowledge and celebrate them. I don't believe it's ever too early to have these discussions.

I understand the desire to shield our children from the violent video clips repeatedly played on the news. It's terrifying, to be sure.

But you can have talks about what is right. Tell them to stand up for what is right. If you don't know how to start, there are great kids6' pictures books to help start the conversation. For big kids and tweens, consider showing them the video of Amy Cooper calling the police on Christian Cooper, a black man who had not committed a crime.

If all of our children learned the poisonous effects of racism early on, it could sow the seeds for change. The point is to teach all our children to care. In this world, it's not enough to know what is right. We have to do what is right.

Ericka Sóuter is a mother, journalist and author of the upcoming book "Honey, I Can't Find Myself: How to Have a Kid and a Life."