On Friday, Nico Flores reached a milestone: he weighed in at a mighty four pounds.

For the premature baby, born March 10 at a little over 3 pounds, this is a big deal. But his parents, Juan and Kim Flores of Atlanta, just got to experience it on FaceTime.

On Monday, the Atlanta couple received word that as of Tuesday, Northside Hospital Atlanta, where Nico is in the NICU, would no longer allow visitors.

"It was hard," Juan Flores told "Good Morning America." His wife, Kim, said, "on an intellectual level we know it's the right choice. But as a mom, when you can't be there to help feed bottles and get to know your new baby, it's very emotional. There's been a lot of tears." 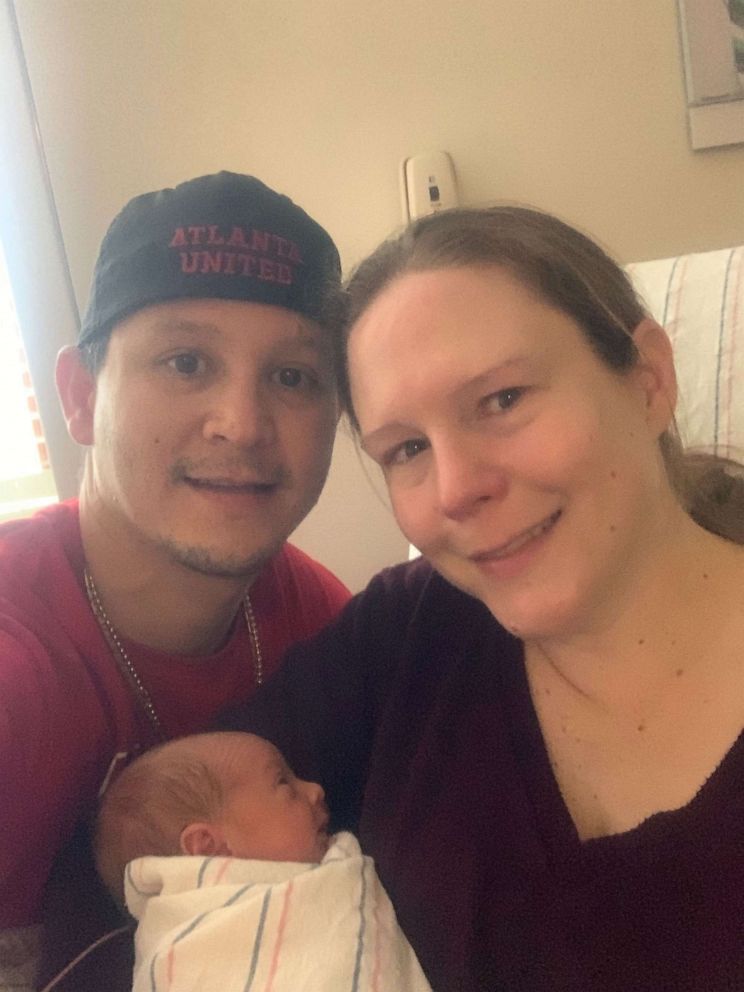 They get to see their baby twice each day now on Facetime. "It's better than nothing," Juan Flores said, adding that the hospital is very communicative and proactive. "It's making the best of the situation. We understand where they're coming from."

MORE: 'It's something I never imagined having to do alone': Women face childbirth without partners amid coronavirus outbreak

"I trust that the hospital has the best interest of my baby and all the babies at heart," Kim Flores told "GMA."

Juan and Kim Flores.
Nico Flores at two weeks old.
MORE: I gave birth during the coronavirus outbreak and everything changed

Juan agreed. He called it "disappointing" but said he knows it's for everyone's safety. "It's for the babies and also for the staff. What if someone who hasn't been practicing proper social distancing comes in and gets the doctors and nurses sick? Then who will take care of my baby?"

As for Nico, he's doing well and his parents expect he'll be home soon enough -- but even given how hard it is to be apart, they don't want him home a moment before he's ready.

"I hate it but it's the best thing they can do," Juan Flores said.

As visitor policies at hospitals around the nation change -- in New York City, several hospitals no longer allow partners to support women in labor -- many moms of babies in NICUs around the country worry they might soon be unable to visit their baby.

To them, Juan Flores have some advice. "Your baby will be well taken care of. It's hard, but it's not forever."