After two decades of wondering and searching, a Utah man has reunited with his birth mom after she sent him a Facebook message out of the blue last November.

Benjamin Hulleberg, a middle school substitute teacher, knew from a young age that he had been adopted by his parents, Angela and Brian Hulleberg, and was curious about his biological mother, someone he knew only by her first name, Holly.

“It was always a very positive conversation,” the 20-year-old told “Good Morning America.” “It was my parents either expressing gratitude for Holly or me talking about how I'm grateful for her and how I want to meet her one day.” 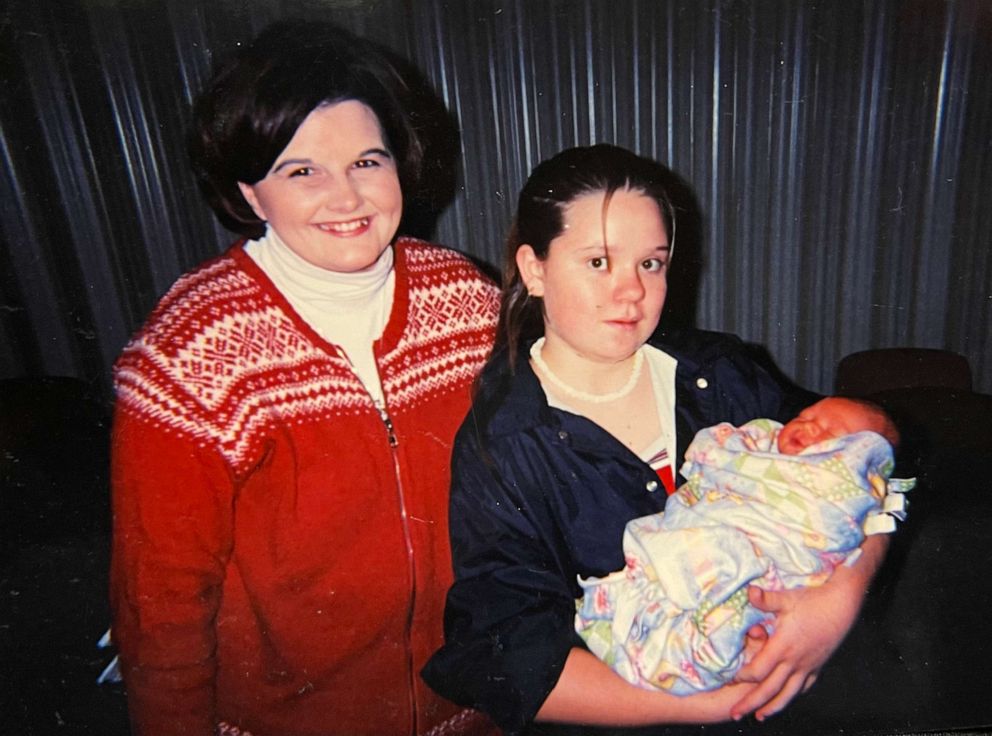 HCA Healthcare’s St. Mark’s Hospital
Benjamin when he was baby is pictured with his birth mom and his adopted mom, Angela Hulleberg, on the day he was adopted.
Editor's Picks

Meanwhile, Holly Shearer never forgot about the baby she had placed for adoption on Thanksgiving Day 20 years ago.

“He was always on my mind. More so on holidays and his birthday, roller coaster of emotions,” Shearer, 36, told “GMA.” “I thought about him all the time.” 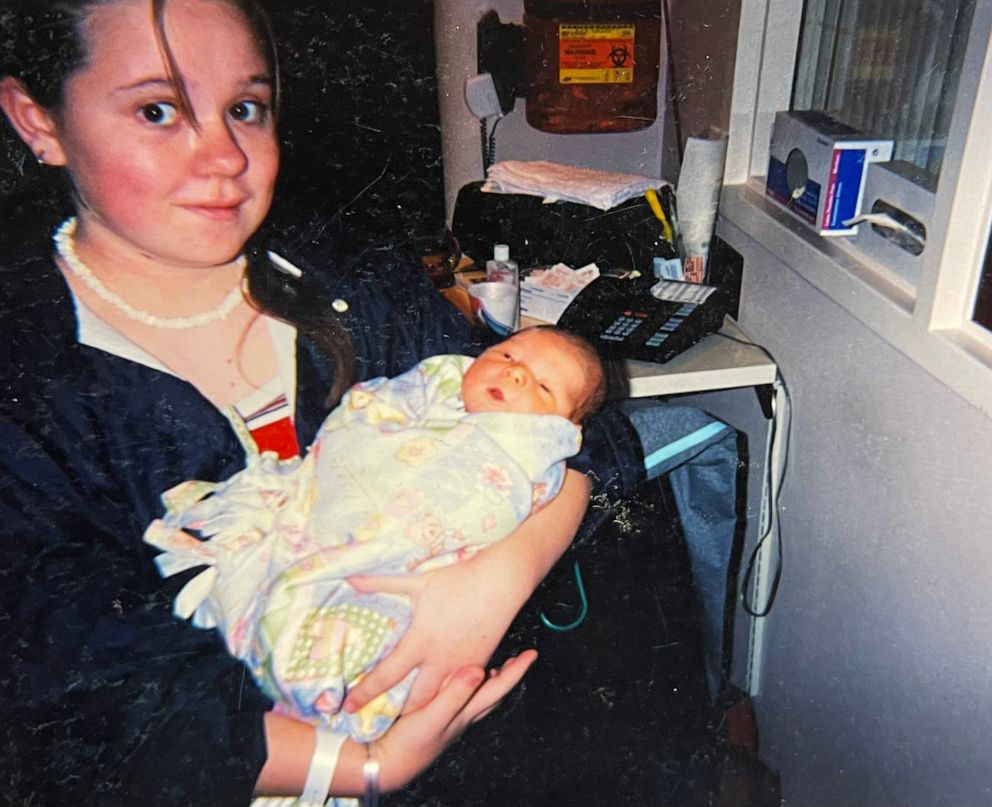 She had been a young teen at the time and for three years, the Hullebergs had sent letters and photos. After the updates stopped and their adoption agency closed in 2014, Shearer’s curiosity grew. 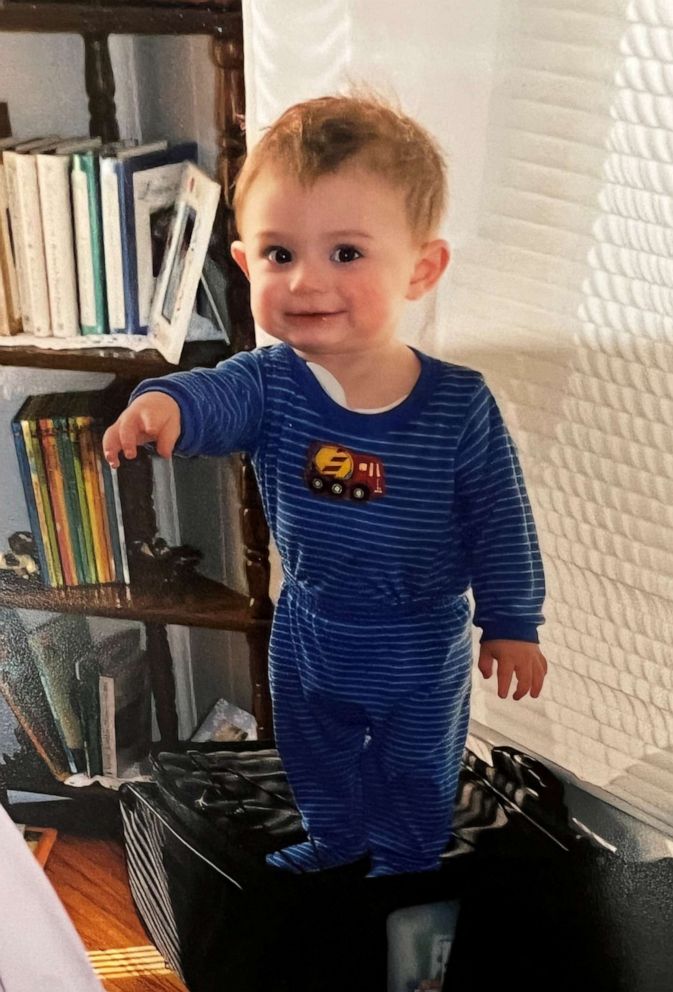 HCA Healthcare’s St. Mark’s Hospital
Ever since he was young, Benjamin Hulleberg knew he had been adopted.

Shearer searched online and landed on Benjamin’s social media page. “He was 18 when I found him and I was very hesitant,” she recounted. “He had so much going on his life. … The last thing I wanted to do is to throw a wrench in his life. So I just watched from a distance.”

This was all unbeknownst to Benjamin Hulleberg who had talked about trying to find his biological mother with his parents for years. He wrote letters, signed up with an adoption registry, and even took a DNA test in the hopes of finding the woman he knew only as Holly.

So when Shearer sent him a Facebook message wishing him a happy birthday six months ago, Hulleberg’s world was rocked upside down. 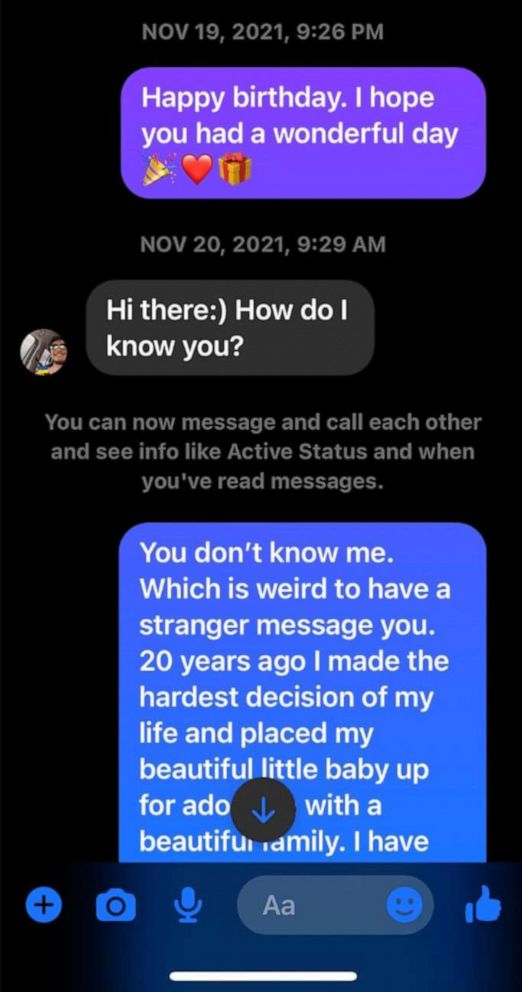 HCA Healthcare’s St. Mark’s Hospital
Benjamin Hulleberg received a message from a stranger last November, who turned out to be his birth mom, Holly Shearer.

“I can remember the exact place that I was at when I got the message. I was at work. I was a machine operator and I remember I was in machine No. 15,” Hulleberg said. “I was in between our hourly quality checks and I got on my phone and I saw her message and I just replied.”

He added, “When she texted me back and she actually explained who she was, it hit me like a load of bricks.”

“I was crying. It was all very positive emotions,” he said. “But to me, this is a day I had been waiting for the past 20 years of my life and to imagine that it was finally happening was outrageous. It was a lot to take in.”

After waiting for so long, Hulleberg wasted no time in asking Shearer to meet with him.

“He asked to meet, like right away, which I was like, shocked a little bit,” Shearer said. “I wasn't expecting that but he wanted to meet right away. And so we planned a dinner the next day to meet at Red Robin with both of our families.”

Added Benjamin Hulleberg: “I was not willing to wait any longer. I'd waited 20 years and that was long enough for me.”

On Nov. 21, 2021, Shearer and Hulleberg finally reunited with their families. 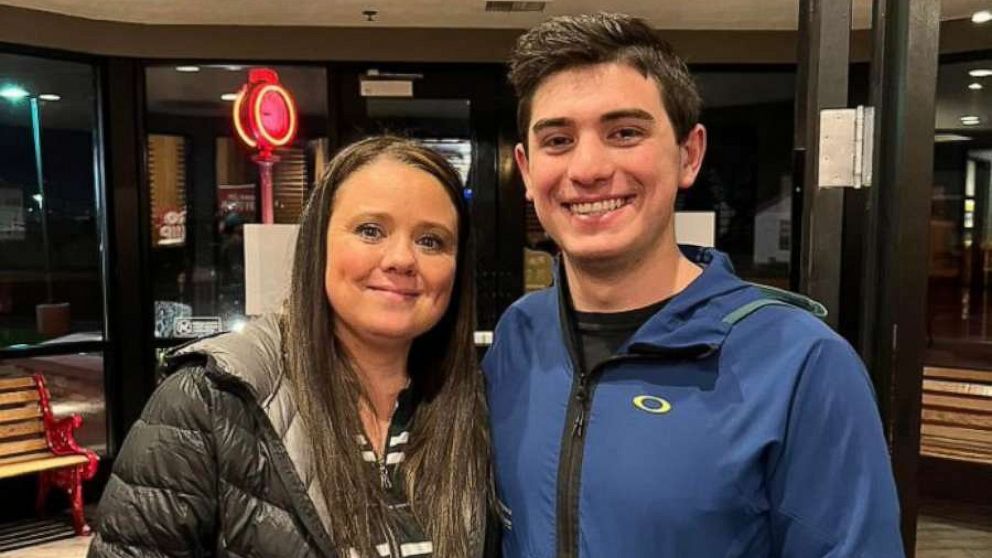 Shearer and her family met with Angela and Brian Hulleberg first. “They looked the same basically as I remembered so it was nice. We just sat there talking until we sat down,” she said. “Then, about five minutes after we sat down, Benjamin arrived and he walked up and tapped me on the shoulder and joy just overflowed me, and we just sat hugging for about five minutes and crying and it just, I can't believe that it happened.”

Hulleberg said, “When I saw her, she stood up and she gave me a hug and I cried. I just looked at her and I was like, ‘You're real, like you're in front of me.’ And it was surreal.”

“I would definitely say it was a dream come true,” he continued. “I've said that about things in my life, like ‘Oh, I'm so glad I graduated. It's a dream come true.’ But this? This was the most true time I've ever said it.”

MORE: Man reunites with parents who placed him for adoption

The reunion between the Shearer and Hulleberg families lasted more than three hours.

“It felt like it hadn't been 20 years, even though it had been 20 years because Benjamin had grown up, but that connection is still there,” Angela Hulleberg, 46, told “GMA.”

“I think Benjamin is super lucky to have all of these people in his life that love him,” she added. 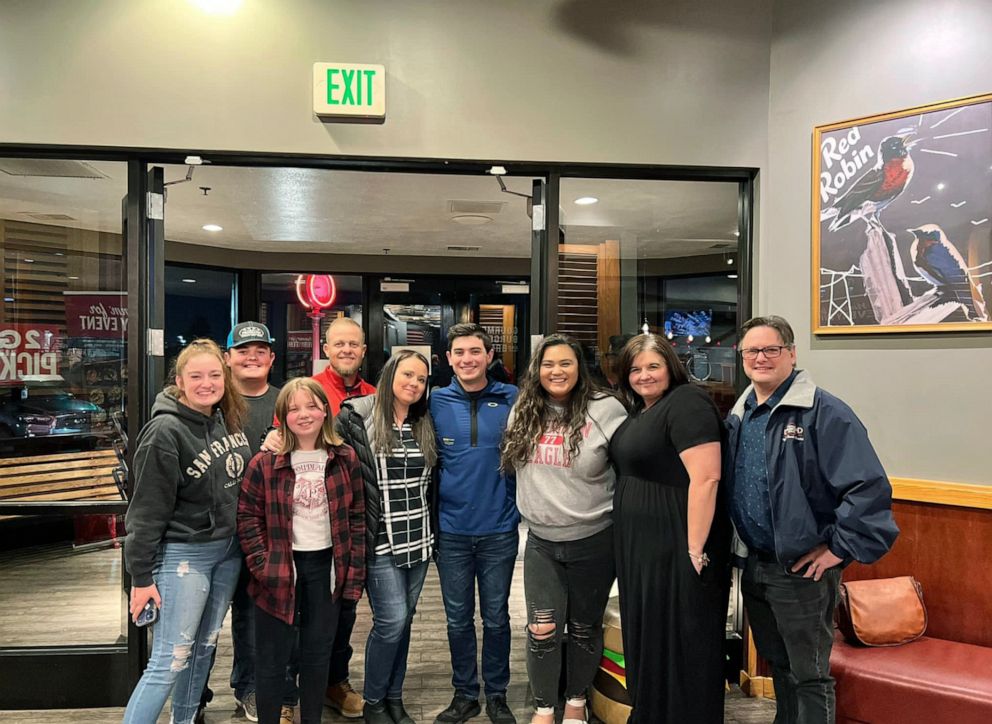 HCA Healthcare’s St. Mark’s Hospital
Hulleberg and his adopted family have met and gotten to know his birth mom, Holly Shearer, and her family.

Shearer and Benjamin Hulleberg also realized they hadn’t been too far from each other after all these years, with both having worked at HCA Healthcare’s St. Mark’s Hospital in Salt Lake City in the last two years.

Shearer is a medical assistant at The Heart Center at St. Mark's while Hulleberg volunteers at the hospital’s neonatal intensive care unit.

“Every morning, I would come in through the women's pavilion to come into work. So I passed right by the NICU every single day. We parked in the same garage, could have been on the same floor, had no idea that we were so close,” Shearer said.

Since reuniting with Shearer and her family, Hulleberg has connected with his younger half-brother and half-sister as well. He tries to meet with Shearer, who he also calls “mom,” at her office at least once a week, too.

“Being able to sit down with my biological mom and just have coffee and talk before I go on my shift at the NICU? It's been amazing,” he said.

“It's just exciting. I'm part of his life. Just knowing that his phone number is in my phone and I can call him or text him anytime … it's amazing,” Shearer said. “My heart is full.”

Benjamin Hulleberg has an encouraging message for others looking for their biological parents.

“Don't give up hope. For me, I felt like I was at a point where I'd given up just a little. I had tried so many things, and they just hadn't worked,” he said. “It came when I was least expecting it. It was something that just happened out of the blue. That isn't what happens to everyone.”