The New Jersey family behind a viral TikTok video says they didn't expect their story to gain global attention but are happy to share their blended family's story and unique bond with others.

Gabriella Ruvolo shared a video clip of her and her twin sister, Julianna, asking their stepmom to adopt them on Mother's Day. The sisters used a photo book to convey the message and were right next to Becky Ruvolo when she read the million-dollar question.

The Ruvolos' emotional video, posted on May 9 and set to Coldplay's 2000 hit single "Yellow," has quickly gone viral, racking up more than 5 million views in just 11 days. 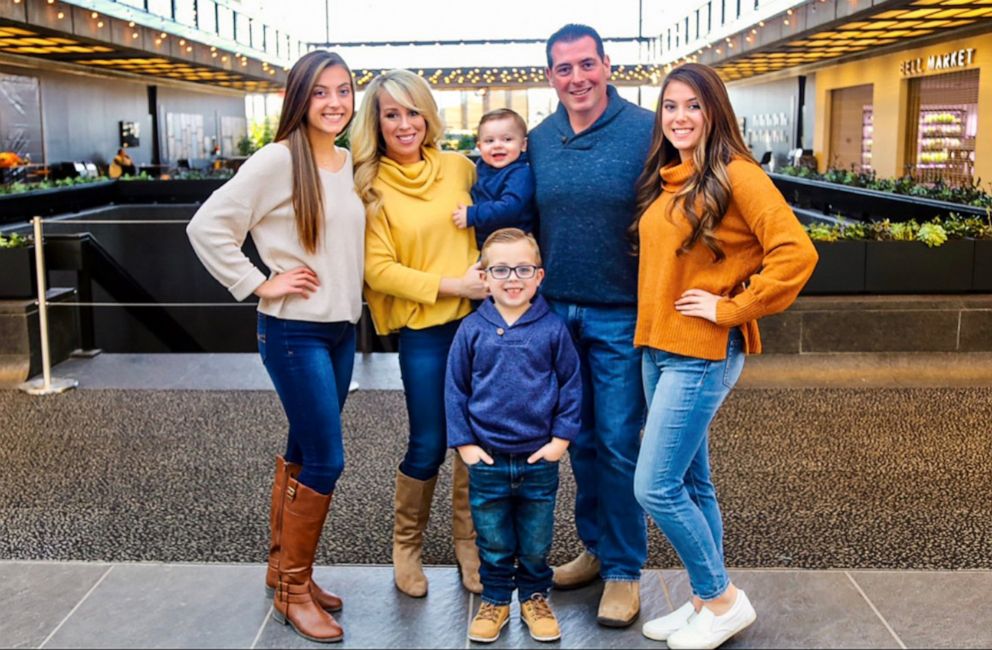 Courtesy of Jess Zuena Photography
The Ruvolo family are close-knit and say family is everything to them.

"I was so caught off guard," she said. "When I read that, it was just pure shock and an honor and the emotions of just like, 'Is this really happening?'"

But Gabriella and Julianna Ruvolo said they always knew they wanted their stepmom to adopt them. It was just a matter of asking.

"We figured like, what's the best time to ask the biggest question we will probably ever ask? And why not make it on Mother's Day? Ask our mom to officially be our mother on the day dedicated to her," Julianna Ruvolo told "GMA." 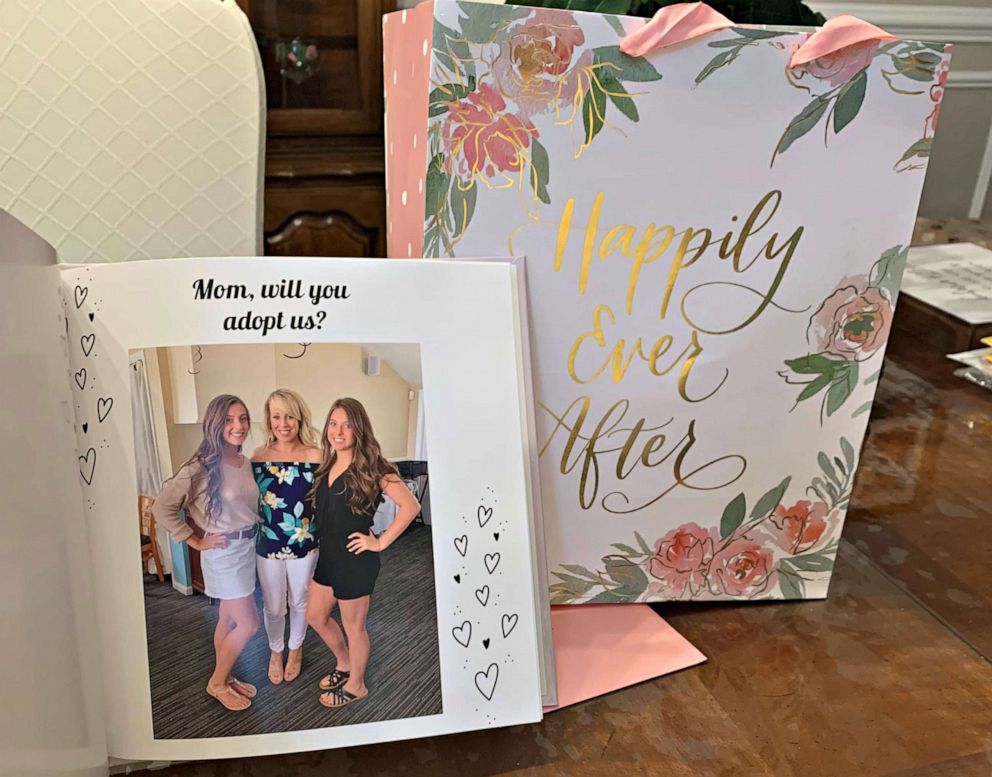 It was a natural next step for the Ruvolos, one that was 12 years in the making.

"When I met the girls, I was very nervous, but we hit it off and they were 8 years old at the time. And it kind of just snowballed and flowed from there into our family," Becky Ruvolo said.

Gabriella Ruvolo said she and her sister connected with their dad's then-girlfriend almost immediately. "We were already calling her mom because it felt so natural," the 20-year-old said. "We met as friends and then she became mom and it was just, from the start, it was like love at first sight."

"We always went to her as we would a mom. She was always there for us," Julianna Ruvolo added.

Becky and Pete Ruvolo married in 2013, and they made sure to include the twins in their ceremony. Becky Ruvolo even shared a special message with the girls that day. 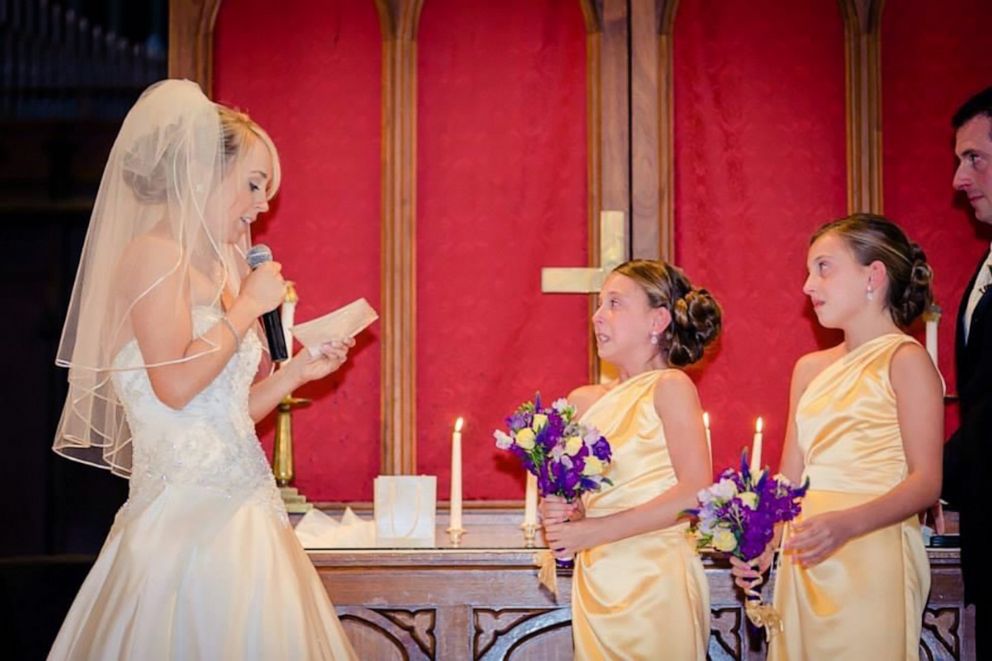 Courtesy of Nelson Judan of Nelson J. Photography.
Becky Ruvolo gave a speech to Gabriella and Julianna Ruvolo when she married their dad, Pete Ruvolo, in 2013.

"I wanted to tell them we're coming together. I will always be there for you," she said.

Pete Ruvolo said he couldn't have asked for a better outcome, and he was more than happy to capture his wife's heartfelt reaction on camera.

"To actually see it unfold, just filled me with such a feeling of pride, proud for my girls and for my wife. I know how happy that would make her and it really was such a special moment," he said. 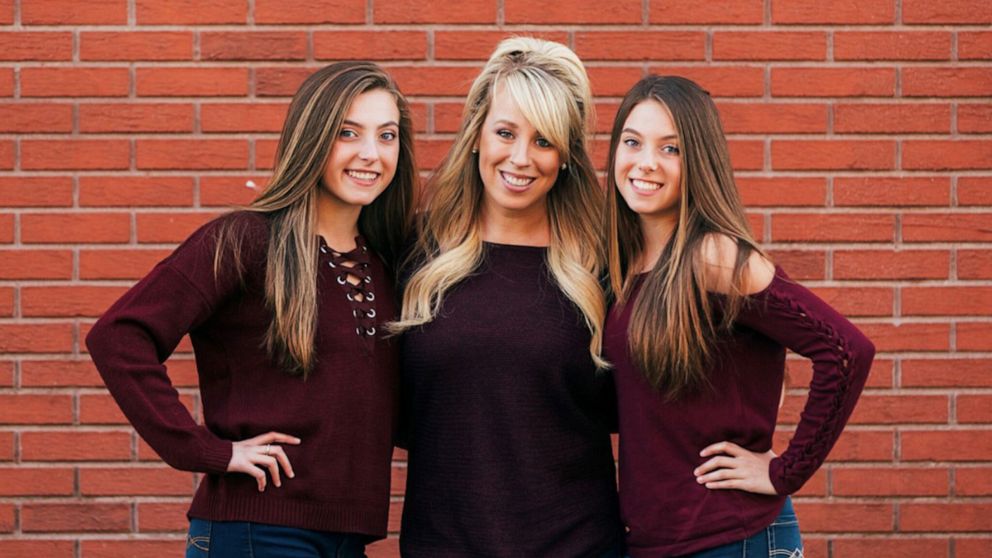 Courtesy of Nelson Judan of Nelson J. Photography
Becky Ruvolo first met her soon-to-be stepdaughters when the twins were both eight-years-old.

"It worked out better than I could have ever dreamed of," he added of his wife and daughters' loving relationship.

Now that their TikTok has caught the attention of millions, the Ruvolos say they hope their story can help other stepkids or families come closer, too.

"It's possible to have a true family whether it [is] blended or not. And you can have this kind of love," Pete Ruvolo said.