Two women working alongside each other at a Connecticut bar have recently learned that they are biological sisters.

Julia Tinetti, 31 and Cassandra Madison, 32, met in 2013 while employed at the Russian Lady Bar in New Haven. At some point, they learned that both had a tattoo of the flag of the Dominican Republic, and were born and adopted from the country.

"After that moment, we were so tight," Tinetti told "Good Morning America." "We started hanging out. We would go out for drinks, for dinner. We started dressing alike."

Madison told "GMA," "I thought she was cool. We just kind of hit it off right away, It was very natural."

'Could we be related?'

Tinetti said she and Madison's coworkers would often comment on how they looked like sisters, but when Tinetti and Madison compared adoption papers, the documents didn't match up.

"Papers said we were from two different cities [with] different last names. And, our mothers' names on our paperwork were different," Tinetti said. 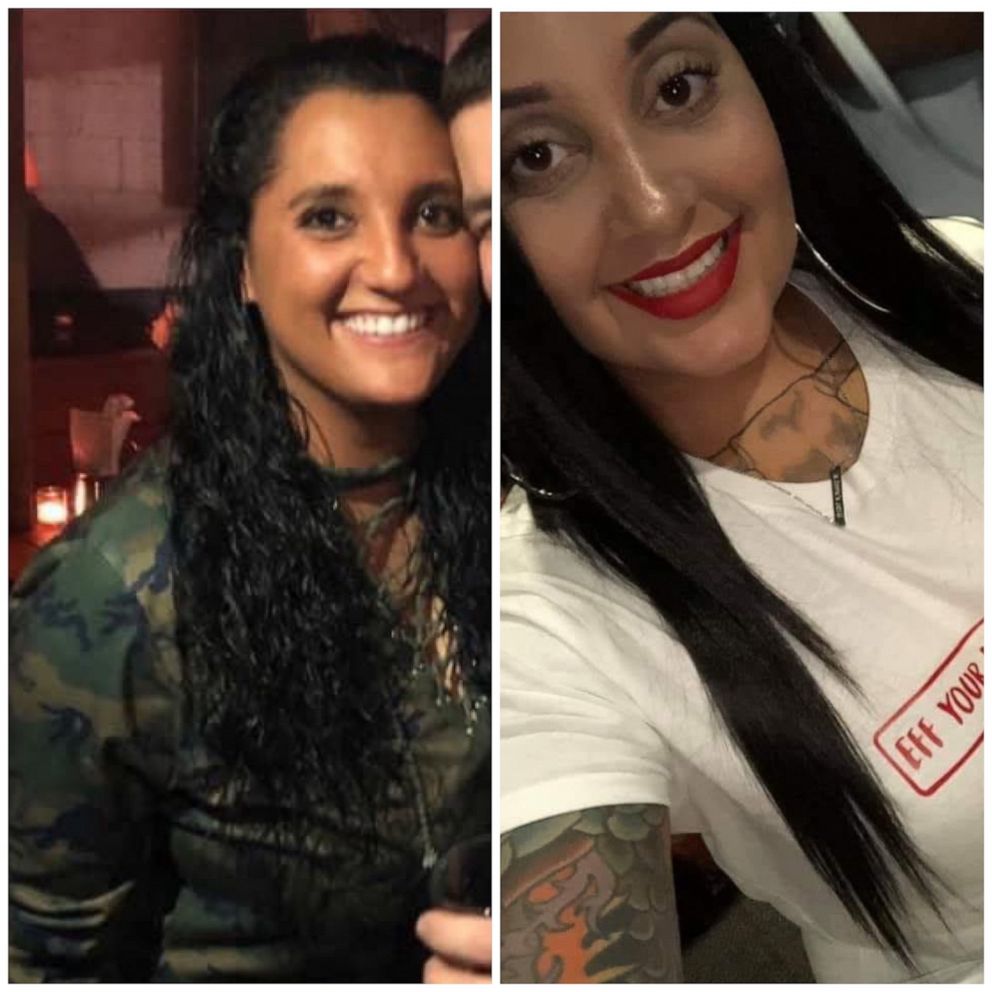 Julia Tinetti
Julia Tinetti, 31 and Cassandra Madison, 32, met in 2013 in New Haven, Connecticut. They were both adopted from the Dominican Republic and in 2021, a DNA test result revealed the two women are sisters.

However, based on timelines, birth dates and their resemblance, Tinetti and Madison said they felt there had to be a connection.

Tinetti said she was born in 1989 in the Dominican Republic, and was adopted shortly after her birth.

Madison was born in the Dominican Republic in 1988 and was also adopted shortly after birth.

Madison told "GMA" that she was confident that she and Tinetti were sisters due to their backgrounds and physical resemblance, though the unmatched adoption papers canceled out her initial instincts. 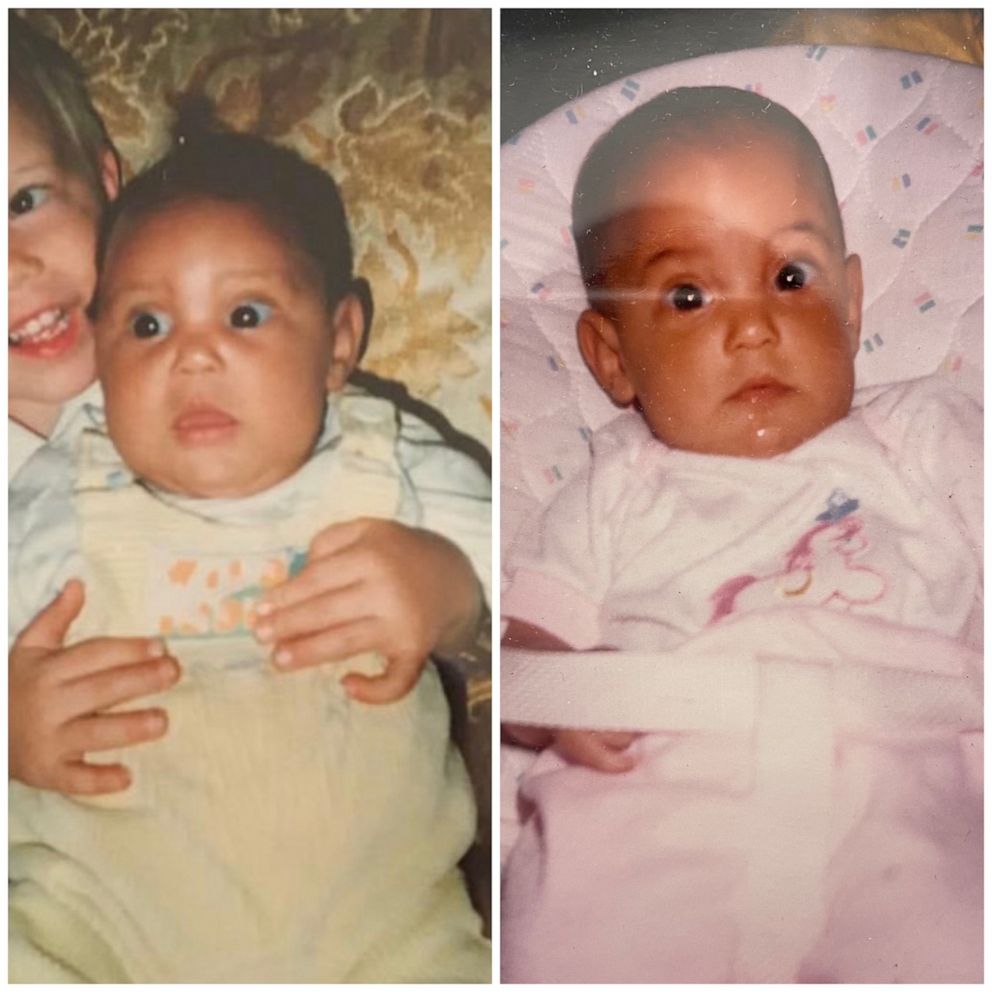 Julia Tinetti
Julia Tinetti, 31 and Cassandra Madison, 32, met in 2013 while employed at the Russian Lady Bar in New Haven, Connecticut. On Jan. 28, 2021, a DNA test result revealed the two women are sisters.

In 2015, Madison moved from Connecticut to Virginia Beach, Virginia, and she and Tinetti stayed friends on Facebook.

Madison said that in 2018, her adopted mother gave her a 23andMe DNA genetic testing kit for Christmas so she could analyze her background.

"I did not know that you can find a relative, so that was very much a shock," Madison said, adding that the test matched her to several distant relatives.

A friend helps piece together a complicated puzzle

Madison and Tinetti said that eventually, it was Tinetti's childhood friend, Molly Sapadin, 31, who helped figure out missing pieces to the puzzle.

Sapadin told "GMA" that she began comparing her adoption paperwork to Madison's. She thought they could perhaps be half-sisters since the documents showed that they had the same last name, and same person listed as their mother. 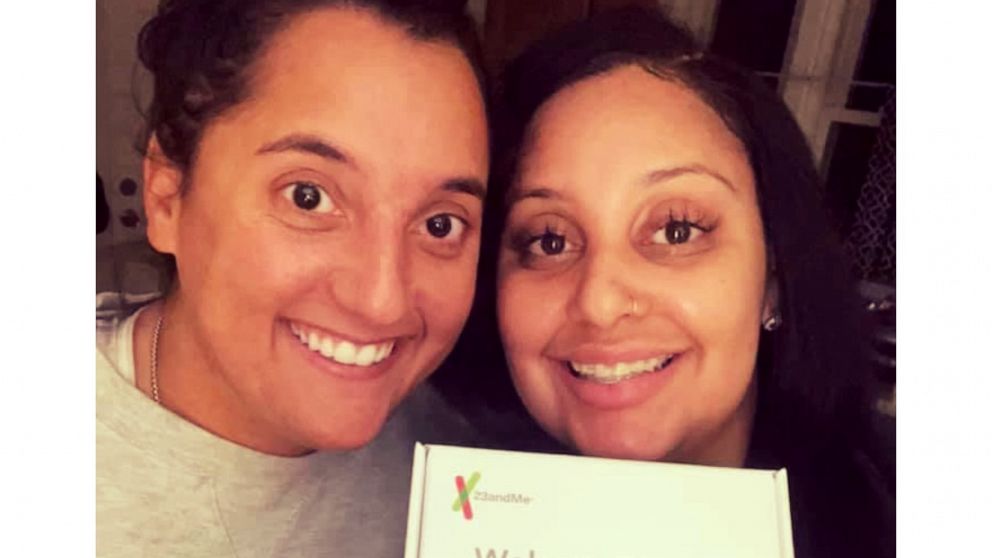 Julia Tinetti
Julia Tinetti, 31 and Cassandra Madison, 32, met in 2013 while employed at the Russian Lady Bar in New Haven, Connecticut. At some point, they learned that both had a tattoo of the flag of the Dominican Republic, and were born and adopted from the country.

Since Sapadin and Tinetti were adopted on the same day in close proximity, all three women believe that the information on both Sapadin's and Tinetti's adoption papers were mixed up.

Sapadin added that a Jan. 1 DNA test revealed she has a twin, and that Madison is her third cousin--not her sister as she originally thought. "I'm so excited to be a part of a huge family I didn't know about," she said.

In adoption paperwork shared with "GMA," Tinetti's mother is listed at Sapadin's. Sapadin said she does not know if the woman listed on Tinetti's paperwork is her actual biological mother, as more DNA testing needs to be done.

"I don't know why I have the adoption records that said her mom was my mom, we don't know," Sapadin said.

MORE: Pediatrician now a mom after adopting 10-year-old patient and his younger sister

How they got here

According to Madison, she had matched with a first cousin through DNA who connected her to her biological father, Adriano Luna Collado. Collado still lives in the Dominican Republic. Madison's biological mother, Yulianna Collado, died in 2015 after suffering a heart attack.

In 2018, Madison traveled to the Dominican Republic, where she met her birth father and siblings.

Tinetti said her parents had struggled caring for one of her brothers, who was seriously sick at the time that Madison was born. 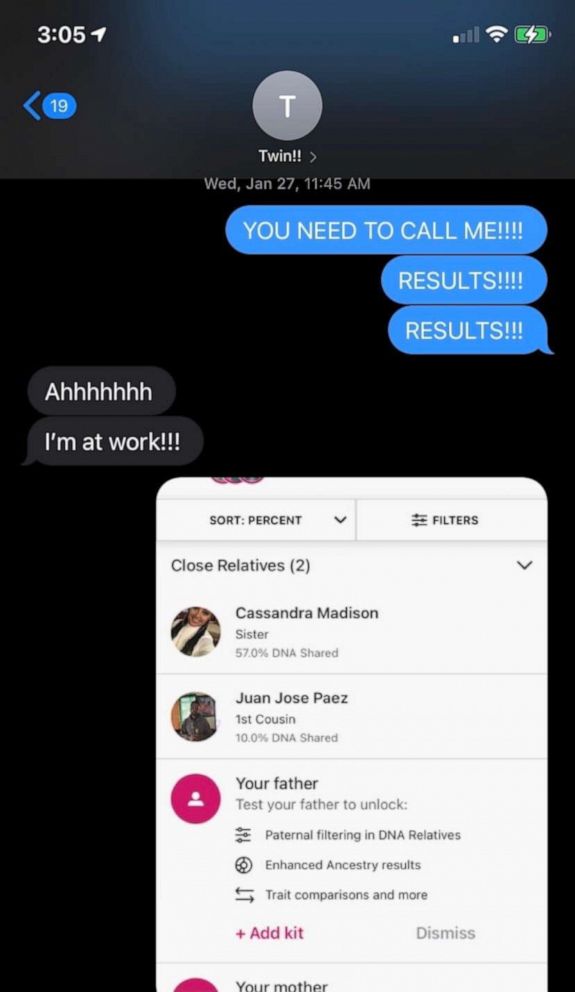 "On top of the DR being a very poor country, they couldn't take care of us," Tinetti explained. "I was [born] 17 months later and they weren't ready."

After genetic testing eliminated Sapadin as her sister, Madison asked her biological father if he and her mother ever gave another baby up for adoption--as she assumed that baby was Tinetti. 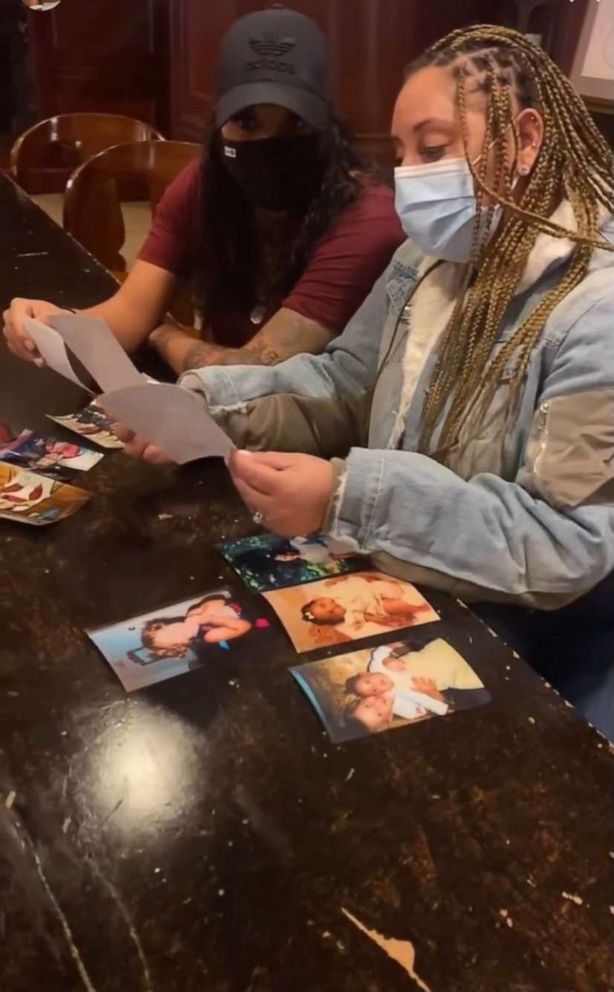 Julia Tinetti
Julia Tinetti, 31 and Cassandra Madison, 32, met in 2013 while employed at the Russian Lady Bar in New Haven, Connecticut. On Jan. 28, 2021, a DNA test result revealed the two women are sisters.

After her father said that he did place another child for adoption, Madison then pushed Tinetti to take a DNA test.

The results came back on Jan. 28, showing that the two women are sisters and have the same biological parents.

"It's exciting. We've got one more sister," Madison said. "Especially since Julia [Tinetti] and I were already friends."

In total, Tinetti and Madison's parents had nine kids together. There are three boys and six girls. Tinetti and Madison were the only two children adopted. They also have nieces and nephews currently living in the Dominican Republic.

Julia Tinetti
Julia Tinetti, 31 and Cassandra Madison, 32, met in 2013 while employed at the Russian Lady Bar in New Haven, Connecticut. On Jan. 28, 2021, a DNA test result revealed the two women are sisters. Here, they are pictured speaking over video chat to their father, Adriano Luna Collado.

Tinetti said she is thrilled with the news of finding her family, though it's been tough to process for everyone involved.

"Still processing the magnitude of the situation," she said. "This is the type of thing you see on TV. Finding my biological family just wasn't a thing for me. I grew up with a great family, so I just kind of left it to what it was."

Tinetti said she would like to meet her family in the coming months. She also has advice for adults who were adopted as children and searching for their birth families.

"People who were adopted are now reaching out to us, which is really special. That to me, [means] more than anything. I also try to remember not every story has a happy ending...I'd say be prepared for anything."

"Be prepared. They may not want to meet you and may have closed that chapter of their life," Madison said. "For me, it's always been, 'I'm going to find these people if it's the last thing I do.' I was going to die trying."