A New York couple is now proud parents to a baby boy after coronavirus put a pause on their in vitro fertilization plans.

Nicole and Andrew Osterhout of Albany have adopted Finnick "Finn" Gabriel Osterhout, who was born on April 22 in Ohio.

"As little as he was, he fit into my arms," Nicole told "Good Morning America." "That's a feeling I've been waiting a very long time for."

The Osterhouts have been married for eight years. Both are from big families and the high school sweethearts wanted to have a baby right away but were unsuccessful. 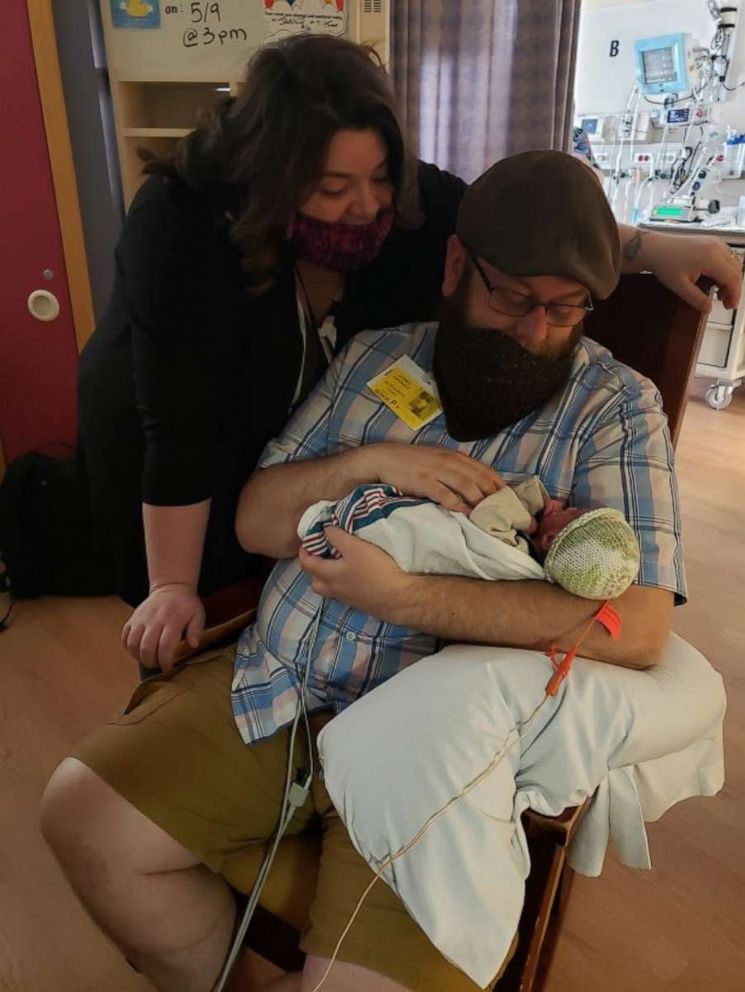 Nicole said she and Andrew decided two years ago that they wanted to adopt. Then in January, they learned Andrew's insurance would cover unlimited rounds of in vitro fertilization, so they tried that too.

"We put both hats in the ring to see what would happen," Nicole said. 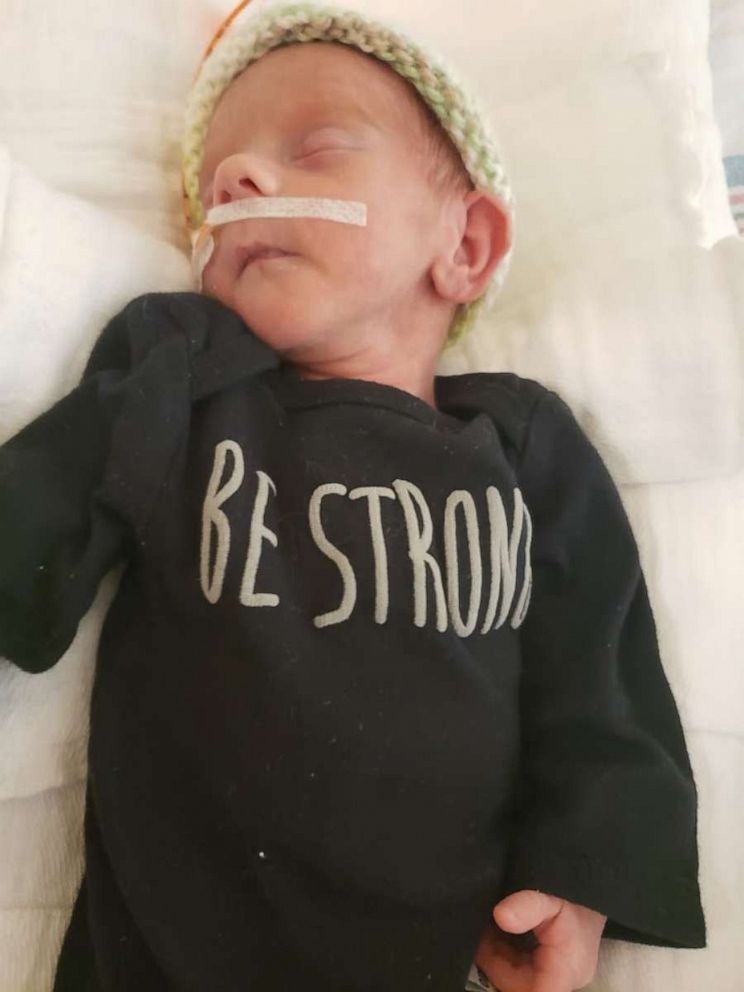 In an effort to flatten the curve, fertility clinics across the nation have stopped their operations after the American Society for Reproductive Medicine (ASRM) recommended that treatment cycles for most patients be suspended.

The Osterhouts had two frozen embryos. The next step was implantation but the process was halted, Nicole said.

Two months later, the couple received a call from adoption specialists that a baby boy, born out-of-state, needed a home.

"Less than 72 hours from hearing '[the birth parents] chose you,' we were in Ohio," Nicole said, adding that Finn was born a month premature and is currently in the NICU.

She went on, "He's healthy he just needs to gain weight and learn to bottle feed. He's a fighter. He wants to come home. Even the nurse will say that."

Carly Story, family advocate at Adoption STAR and the Osterhouts' adoption social worker, said she deals with many families pursuing adoption while undergoing fertility treatments in hopes that one will work out.

She told "GMA" that the match with baby Finn was "meant to be." 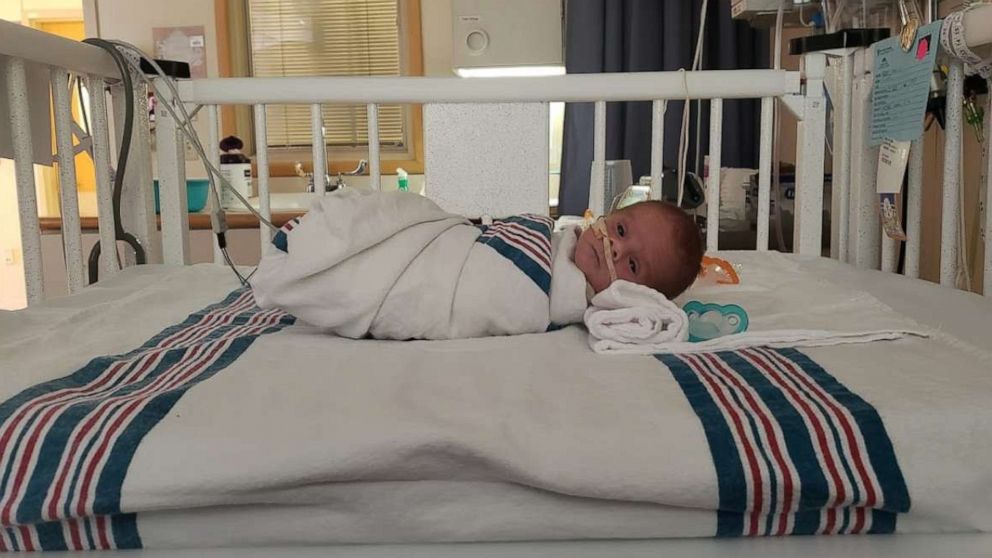 "It's just been really wonderful to see this happen for them," Story said. "It just seems like a really, really good fit."

Nicole said she and Andrew are currently working remotely either from the hospital or a hotel nearby. 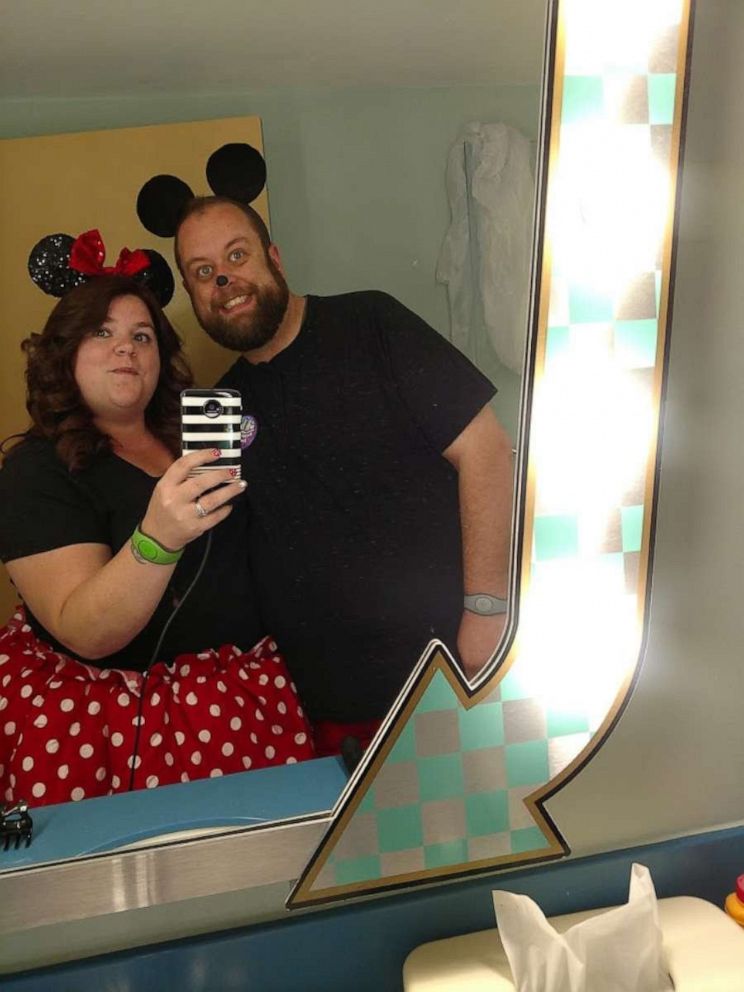 They hope to bring Finn home in the coming weeks. Due to hospital restrictions amid COVID-19, both parents were unable to be in the room together with Finn until Mother's Day.

"The greatest Mother's Day gift was to have my family together," Nicole said. "It was absolutely the most beautiful thing in the world."