Isa Slish has been named the 2022 Gerber baby!

The 7-month-old from Edmond, Oklahoma, will be the iconic baby food company's "Chief Growing Officer (CGO)" for the next year and will get to be the chief taste tester for their new baby food purees.

"She is fun-loving, a joyous little girl. She loves to laugh and giggle," Meredith Slish, Isa's mom, told "Good Morning America." "She's wonderful and we're so lucky to have her."

Isa -- whose name represents strength, courage and perseverance, according to her mom -- was born with a congenital femoral deficiency, a rare condition that can lead to an incomplete or abnormal leg, according to the National Institutes of Health. She also has fibular hemimelia, which the NIH defines as a partial or complete absence of the fibula bone, one of the leg bones between one's knee and ankle.

John Slish, Isa's dad, told "GMA" they first learned of their daughter's limb difference at an ultrasound appointment when Meredith Slish was 18 weeks pregnant. "The medical team that spoke to us just told us that there was a difference in her anatomy. They weren't quite sure what it was going to amount to," he recalled.

"But they gave us some resources, educated us on that, and we did some of our own research," Slish continued. "When she was born, we were met with more medical teams coming through and just discussing options, available ideas that are out there. She currently sees a specialist at the University of Oklahoma Medical Center in Oklahoma City, and we're seeking a second opinion on a couple of things. We're fairly certain we will get the same information from that second opinion that we were receiving, that we already know, but yeah, we're just taking it in and processing it day by day." 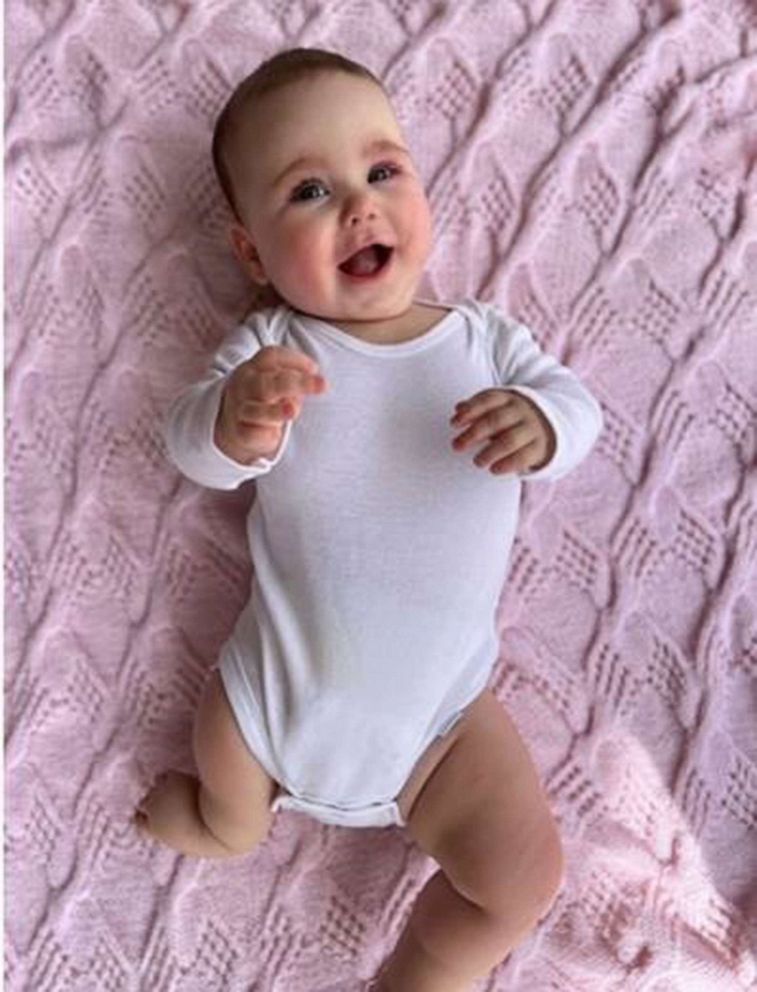 Slish family
7-month-old Isa is this year's official Gerber baby. According to her parents, Isa loves to &quot;interact with the world around her.&quot;

Her mom said part of the reason they wanted to enter Isa into Gerber's contest in the first place was to bring more visibility to people living with limb differences. "Not only do we think that (Isa) is just absolutely wonderful, beautiful, but we also wanted to use this as a way to help raise awareness for children born with limb differences," Meredith Slish said.

"We hope she can be kind of the baby that other children with limb differences look at and say, 'There's somebody like me who is portrayed in books or media.'"

"The overarching message for her story is representation matters. It really does and when you learn of things of this nature, about your children or people in your lives, representation truly does matter," John Slish added.

"Isa's submission brought smiles to all of our faces, and she truly embodies the idea that every baby is a Gerber baby," Malkani said in a statement. "We could not be more excited to work with Isa and her family throughout this next year to find moments of joy for every Gerber baby."

Along with her very important appointment as CGO, Isa will receive free Gerber products for a year, $1,000 in Gerber children's apparel, a $1,000 gift card from ezpz, which offers dishware for kids, and a $25,000 cash prize. Gerber will match her cash winnings with a donation to March of Dimes, a nonprofit working to support mothers and babies through maternal and infant health programs, among other initiatives.

For other parents hoping to enter their kids into Gerber's future photo search contests, the Slishes say it's as simple as celebrating them however they are. "For us, we just went back out on our back patio, took some photos the weekend before they were due," Meredith Slish said.

"I think just celebrate your kiddo. That's what we did. We were really excited that Gerber allowed us to submit a collage because she has such beautiful cheeks and eyelashes. But also we wanted to be able to show all of her, to celebrate everything that she is."