A writer and mom of three is showing couples a new way to build a stronger relationship through sharing the workload at home.

Eve Rodsky, author of the book "Fair Play," created a simple game that divides household tasks. All you do is shuffle the cards and play the hand that's been dealt to you.

Rodsky's method has been cheered on by celebs like Busy Phillips and Reese Witherspoon.

"My finding was the number one thing men hated about home life was nagging, and the No. 1 thing women said they hated was the mental load," she said. "'Fair Play' eliminates all that conception planning and execution."

Walt Disney Television
Eve Rodsky, author of the book Fair Play, shows couples how to build a stronger marriage through sharing the workload at home.

Rodsky said she noticed there was an unfair divide in her and her husband's household responsibilities after her second child arrived.

"I got a text from my husband that had me sobbing on the side of the road and that text said, 'I'm surprised you didn't get blueberries,'" Rodsky recalled. "I had a breast pump in my passenger seat, returns for my new baby in the backseat, I have a client contract on my lap with a pen between my legs trying to mark it up as I'm going between traffic stops to pick up my first son from his preschool program."

"I was thinking, 'How did I become the default or the "shefault" for every household task?'" she said.

.@eve_rodsky breaks down how her new book #FairPlay strives to re-balance the domestic workload between couples. https://t.co/W1vUNMab63 pic.twitter.com/tR00I81oHe

Rodsky went on a quest to figure out a solution for domestic re-balance. She interviewed 500 people in her research and found out about "invisible work."

"How do you value what you don't see? So if you could make the invisible visible ... things start to change," she said. 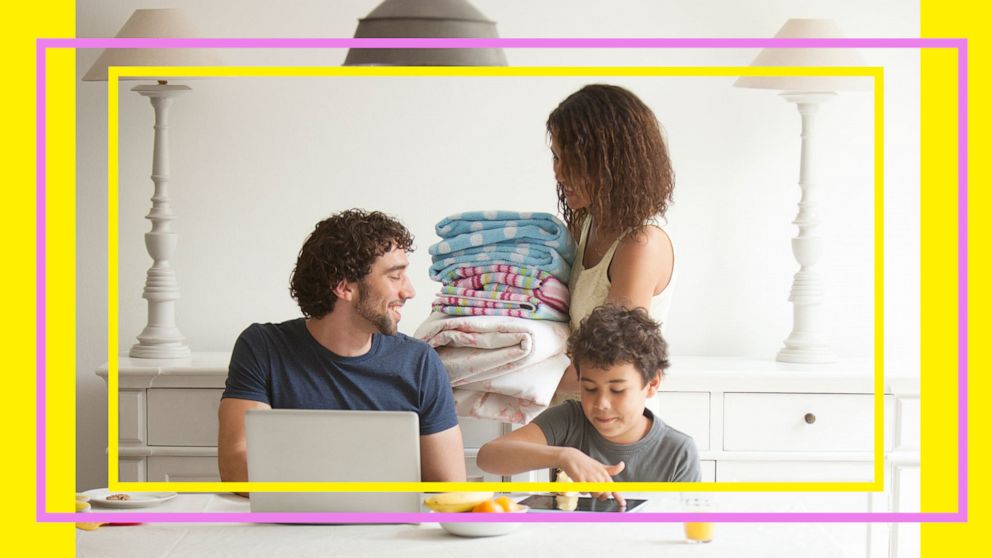 Rodsky developed "Fair Play" -- a time-saving system which offers couples a fun,new way to divvy up domestic tasks -- so it won't all fall on one partner.

With her research in mind, Rodsky came up with four rules, 100 household tasks and a figurative card game to play with your significant other.

(MORE: Mom's viral photo of her blended family inspires what it means to co-parent)

"Fair Play" helps you prioritize what’s important to your family and who should own each responsibility. The cards have four suits, Home (handling dishes, groceries), Out (transporting kids), Caregiving (medical, dental appointments) and Magic (because it takes time to play Santa or the Tooth Fairy). 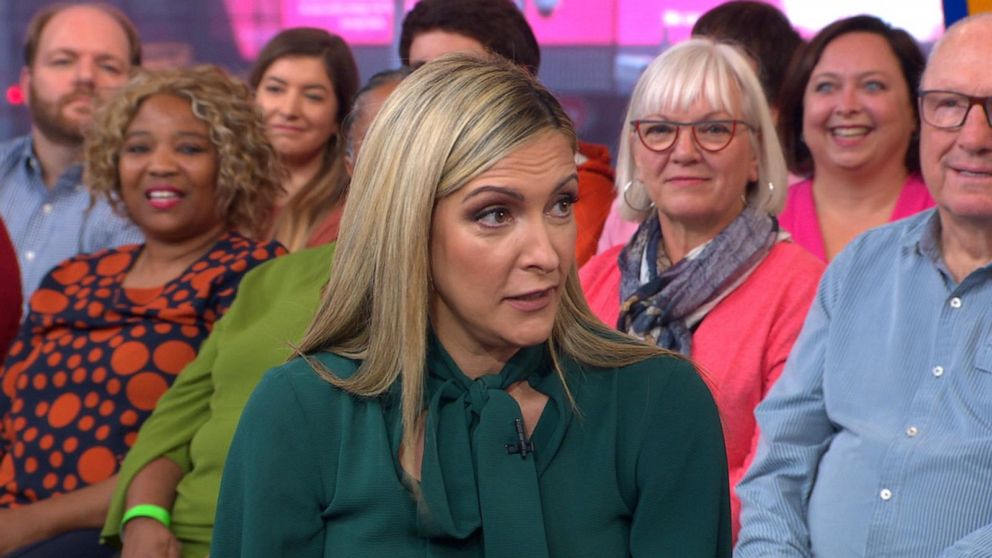 ABCNews.com
VIDEO: How a new book is helping women reclaim more time for themselves

The cards are available for free download once you purchase the book and internalize the four rules to "Fair Play."

1.) All time is created equal.

During her research process, Rodsky said she found men, women and society view men's time as finite like diamonds, and women's time infinite like sand.

2.) Reclaim your right to be interesting.

Both you and your partner are entitled to time for yourselves and your passions.

Have an idea of what you want, and why you want to share the household workload. What would you like to get out of this shift?

4.) Establish your values and standards.

After you and your partner decide which cards or tasks are most important to your family, you must discuss how the tasks will be handled -- and the details of each task are crucial, Rodsky said.

"For me it started with extra curricular sports," Rodsky said, adding her husband chose to own this responsibility in their own game of "Fair Play."

Rodsky said if one person owns a card like extra curricular sports, then that person is responsible for it all: registering the children for their activity, xeroxing paperwork, providing snacks and arranging car pools for practice.

"Once husband understood that it required full ownership, I got 8 hours of my week back," she added. 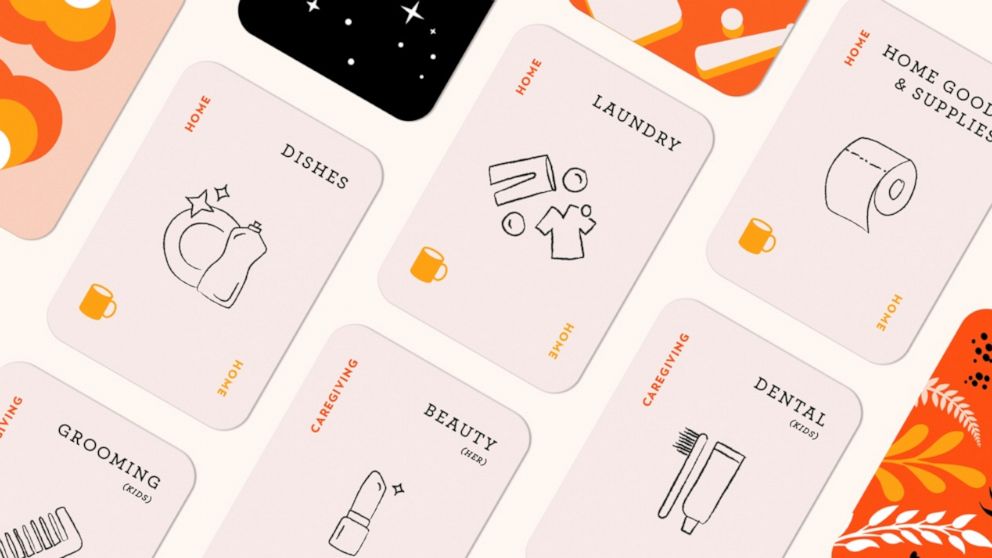 Fair Play/Eve Rodsky
Eve Rodsky, author of the book "Fair Play," created a simple game that divides household tasks. All you do is shuffle the cards and play the hand that's been dealt to you.

Bonus tip: "Understand that you are already communicating."

"Shift the conversation to something productive," she said.