Traveling is always tough, especially for families making the trek with a baby.

But one Colorado mom got some help from an unlikely babysitter -- a flight attendant named Joel Paris.

Cherish Terry was traveling from Tyler, Texas, to Denver on Aug. 4 with her 6-month-old daughter, Adalynn. Throughout the flight, Adalynn was a bit restless, but toward the end of it, she started to let out some cries of exasperation. 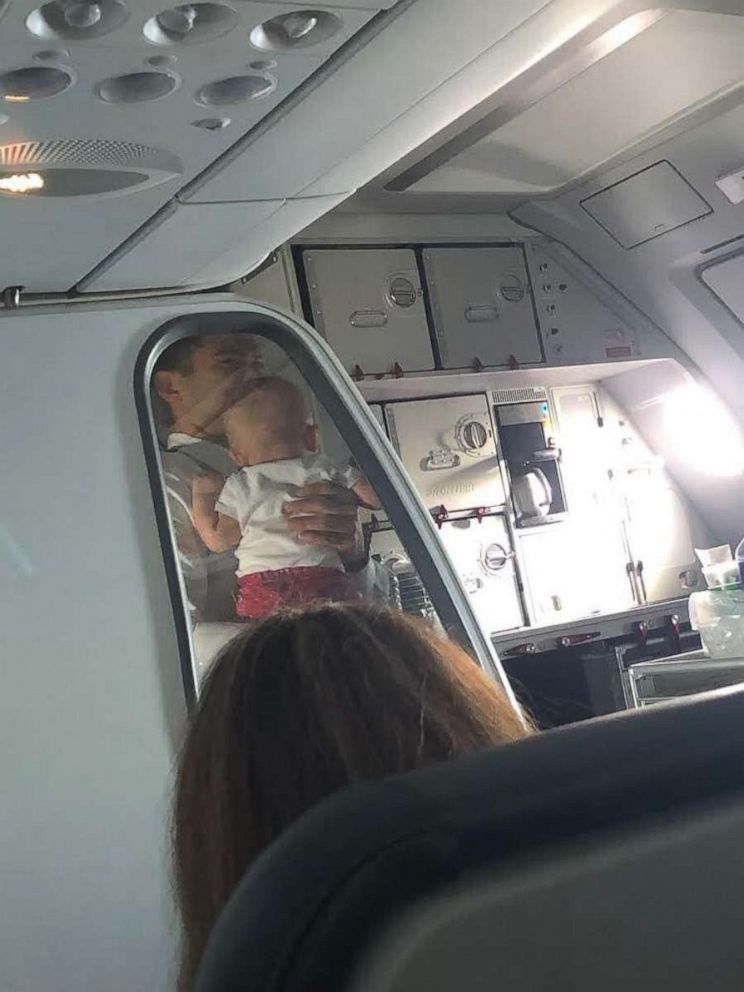 Cherish Terry
"Moms are like superwomen. Sometimes they just need a two-minute break and then they are up and at it again," Paris said.

"We had just visited my dad and he wanted all her attention, so she didn't get to take many naps," she added, noting that flight delay and the unknown environment of the plane didn't help her baby's frustration, either. "I tried rocking her and she was asleep for a little while, but then the plane started to get louder and she woke up again."

Jamie Hunter, a passenger who sat a few rows behind Terry and a mother of a 9-month-old, noticed the fellow mom having a hard time trying to get Adalynn settled.

"The mother was sitting in a window seat and tried to calm her baby, bless her heart, but she seemed to be having difficulty and clearly didn't want to disturb the passengers sitting next to her," Hunter said.

That's when Joel Paris, a flight attendant on the Frontier Airlines flight, came to Terry's rescue. He asked if he could hold the baby to give her a break and suggested that the baby may want to explore the plane.

For 10 to 15 minutes, he simply walked up and down the aisle, gently bouncing the baby up and down. 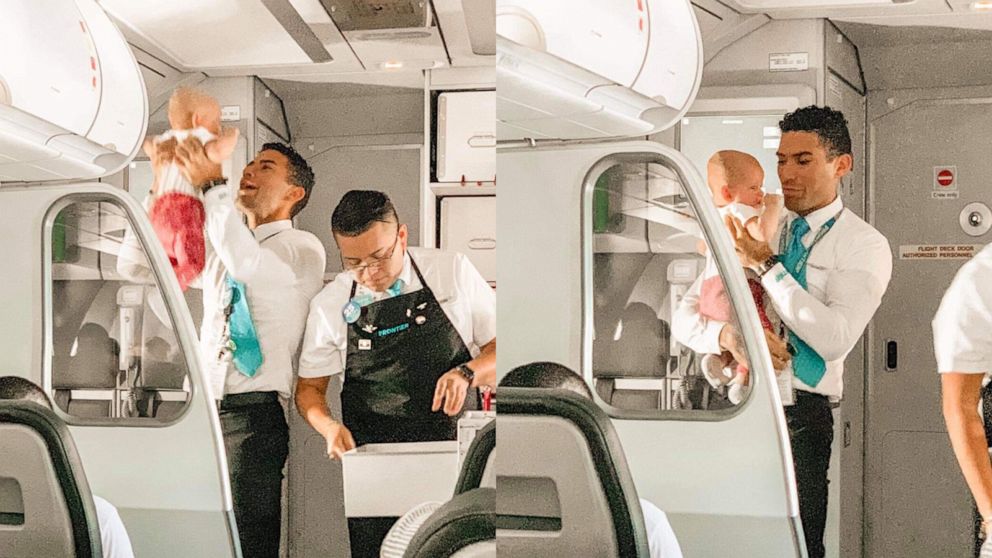 Jamie Hunter
Frontier Airlines flight attendant Joel Paris held onto baby Adalynn for 10 to 15 minutes, calming her down during her first flight.

"Moms are like superwomen," he said. "Sometimes they just need a two-minute break, and then they are up and at it again."

As he was calming down the baby, Hunter took a picture of the sweet moment and later posted it to Facebook.

Since then, the post has gotten lots of attention, with some 5,100 reactions and about 1,300 shares.

Terry just recently became aware of the viral post and was shocked to see her story online. She didn't get the chance to get Paris' information after the flight but told "Good Morning America" that he really helped her that day. 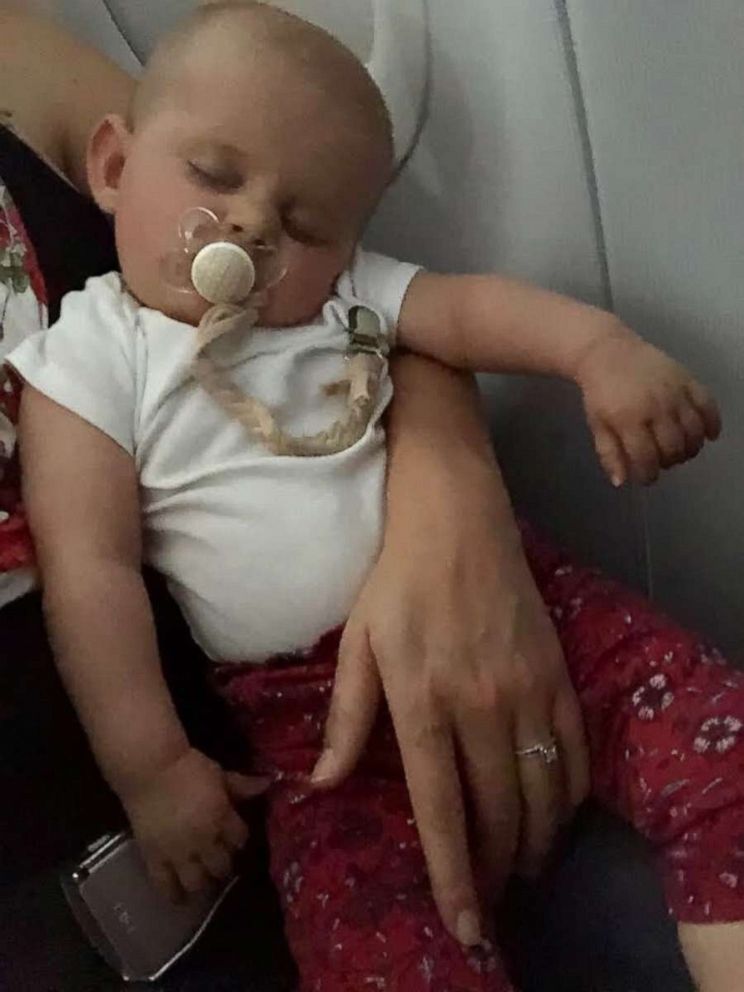 Cherish Terry
Adalynn gets some much-needed rest during the flight.

"Thank you so much," Terry said. "In that moment, you think that everyone hates you, and him showing genuine kindness meant the world to me." 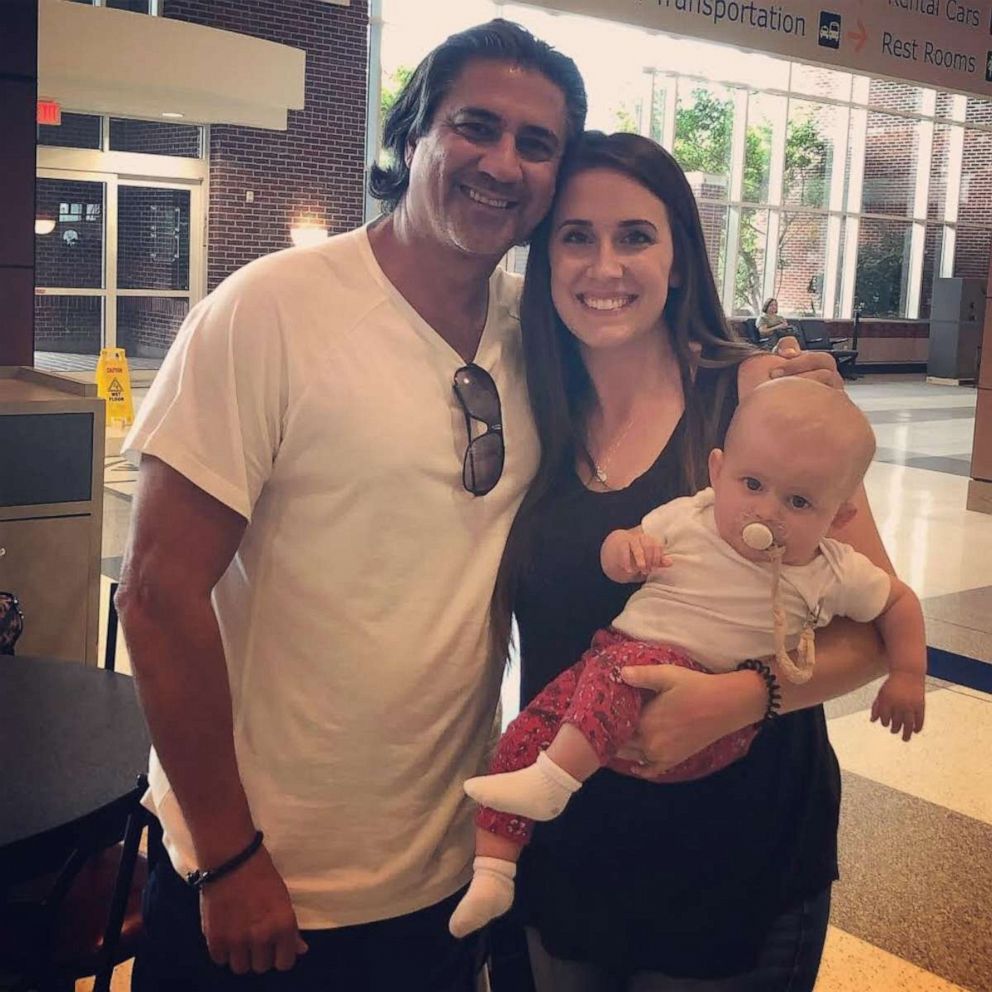 Courtesy Cherish Terry
Cherish Terry holds her daughter Adalynn while at the airport in Tyler, Texas, with Tambi Idris.

"Oh my word! Thank you for sharing this. I had no idea this was going viral until today and I am sooooo happy Joel is getting the recognition he deserves! He was amazing and totally saved the day and my sanity!" she wrote.

"I can't believe I went viral," Paris said. "I just did what I was raised to do. And what many would do."