She lets her 9-year-old commute to extra-curricular activities with friends, and her kids usually walk two blocks ahead of her on family outings in their San Francisco neighborhood.

Some call it "free-range parenting." Cornwall prefers it simply be recognized as “parenting.”

"I didn't realize I was free-range at first because my impulses were like everybody else's which were to say, 'be careful,'" Cornwall told "Good Morning America." "And I didn't want [my kids] getting hurt...but the more I read, the more it was clear that [hovering] doesn't end up producing self-sufficient human beings." 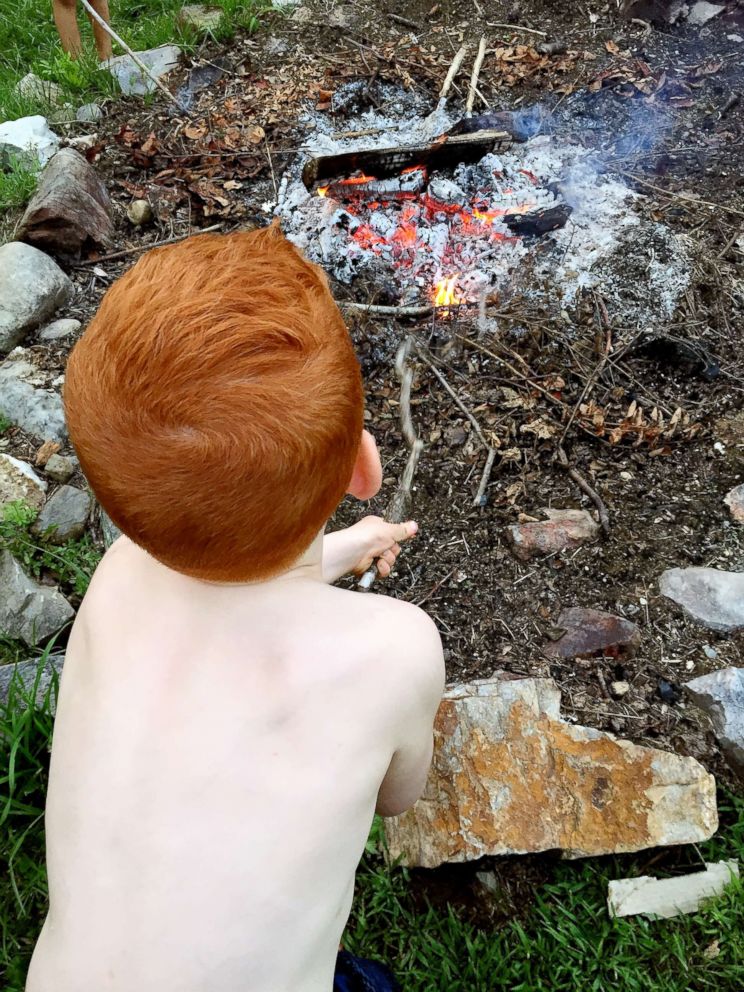 Gail Cornwall
After her daughter received a concussion from an accident, Gail Cornwall reverted back to the free-range parenting style .

Being free-range had nothing to do with the accident.

Cornwall, a mother of three, said she stands by free-range parenting -- the buzzed-about and often-criticized approach to child rearing, where parents encourage their kids to lead independent, free-spirited lives. In other words, the opposite of a helicopter mom.

But in 2017, after her daughter Josephine, now 4, fell and got a concussion, Cornwall feared that it would change her parenting style.

“She was walking on the street and I was walking right next to her, so being free-range had nothing to do with the accident,” Cornwall said. “And after the accident, I found myself saying, 'Oh don't do that, don't touch that,' -- anything that might lead her to possibly bump her head.

"I sat down behind her on the floor when she wanted to play with blocks and literally hovered over her to make sure she didn't bang her head again for two weeks," she added. "It was partly because those were the doctor's orders but also, I had much more fear." 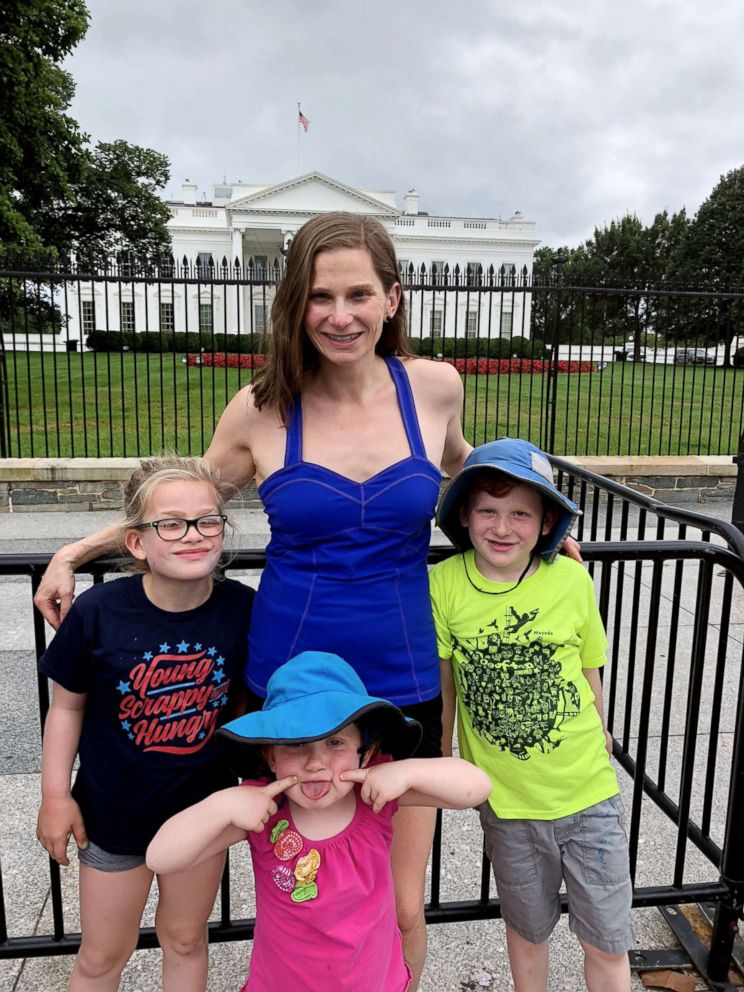 Gail Cornwall
After her child was hurt, Gail Cornwall wrote a column for The Washington Post titled, "I'm a free-range parent. My toddler's concussion changed everything."
Editor's Picks

Cornwall, a former teacher and lawyer, wrote a column recently published for The Washington Post titled, "I'm a free-range parent. My toddler's concussion changed everything."

In the piece, she details how Josephine's accident altered her parenting style during the two-week recovery process.

"So now I’m the “be careful” parent I once pitied," Cornwall wrote, in part. "The thought of my daughter using the trampoline on our vacation next month makes my hands tremble, and I’m tempted to cancel her bouncy house birthday party the month after that. Even though the window of danger will have closed by then, the cold fear seeps in." 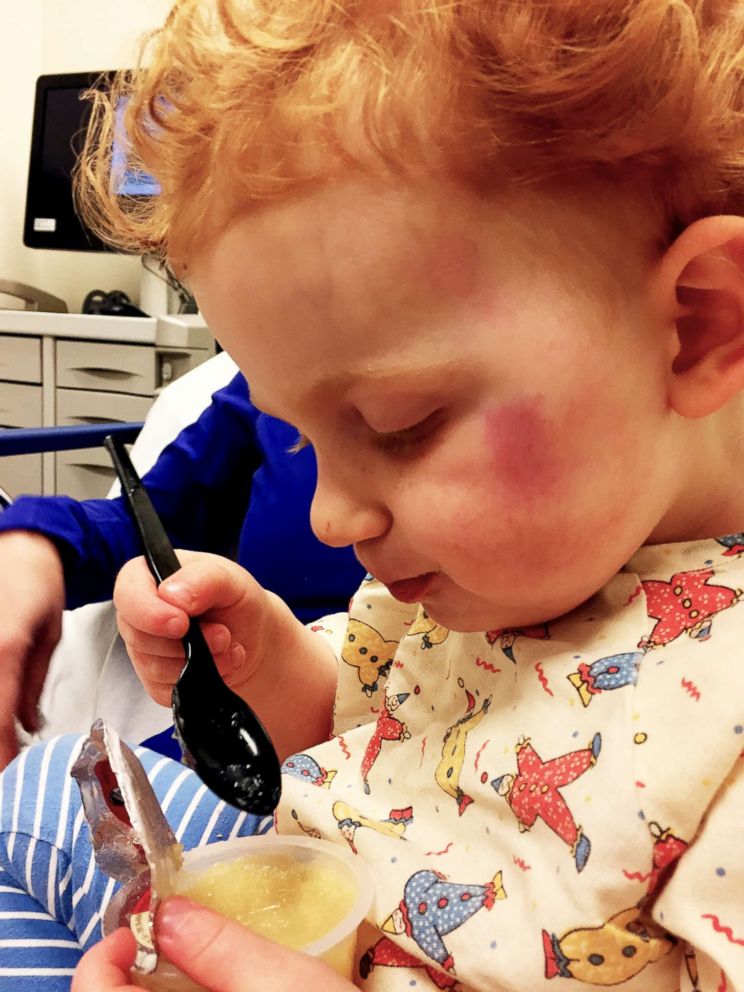 "I hope I too will return to normal after a few weeks of extra precaution," she continued. "That the hovering and second-guessing will disappear and the fearlessness that has bred three capable, intrepid children will come back."

Later, Cornwall returned to her free-range style of parenting -- something that she said was important to her in raising confident, resilient children.

They're fearless, but not in an unsafe way.

But reverting back made her a bit nervous at first, she said, as Josephine's concussion was still fresh on her mind.

"As soon as the doctor said it was OK, I went back to my normal parenting style," Cornwall explained. "The only difference was that it was harder. I had to bite my tongue a lot more. When I saw my kids climb on things I wanted to yell, 'be careful.' Repressing that impulse was even harder after the incident. 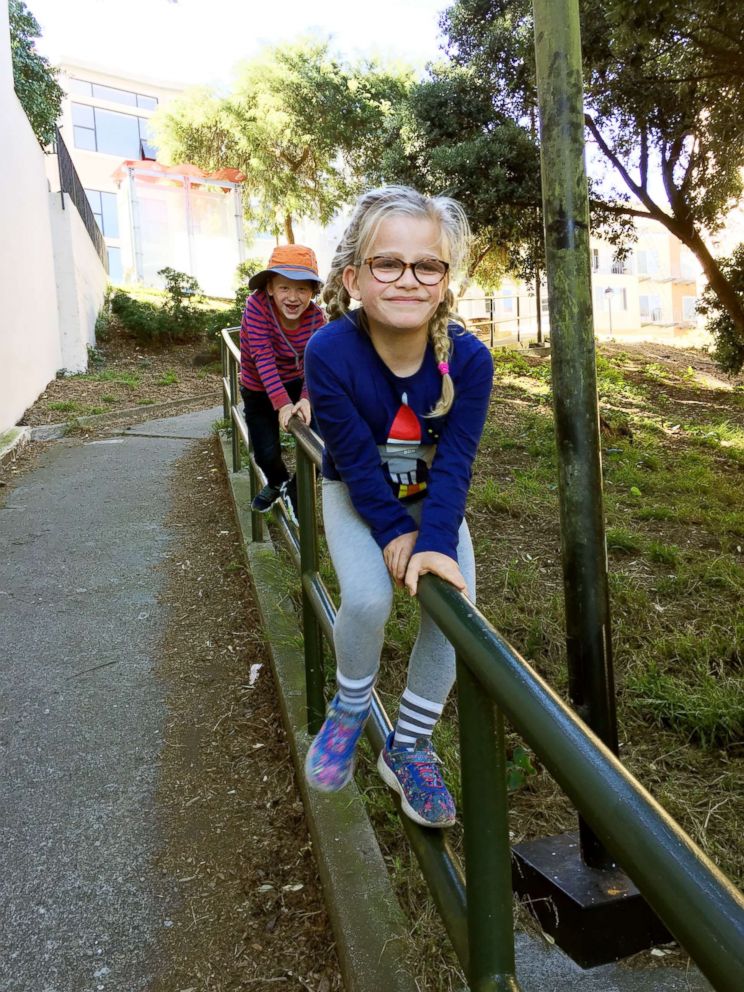 Gail Cornwall
After her child was hurt, Gail Cornwall wrote a column for The Washington Post titled, "I'm a free-range parent. My toddler's concussion changed everything."

"I'd be doing them a real disservice to essentially choose to make myself feel more comfortable, rather than let them acquire independent judgment which would stand them in good stead for the rest of their lives."

After her eldest daughter Vivienne's birthday, Cornwall began allowing the 9-year-old to commute to chorus with friends by way of San Francisco's public transit system. Cornwall and Vivienne arrived at a plan so Vivienne could stay safe without sacrificing her independence, Cornwall said.

Vivienne wears a Gizmo watch which features basic texting, voice call capacity and a GPS function. Cornwall is able to check her children's whereabouts in the event that they're late, or if she becomes worried about them. 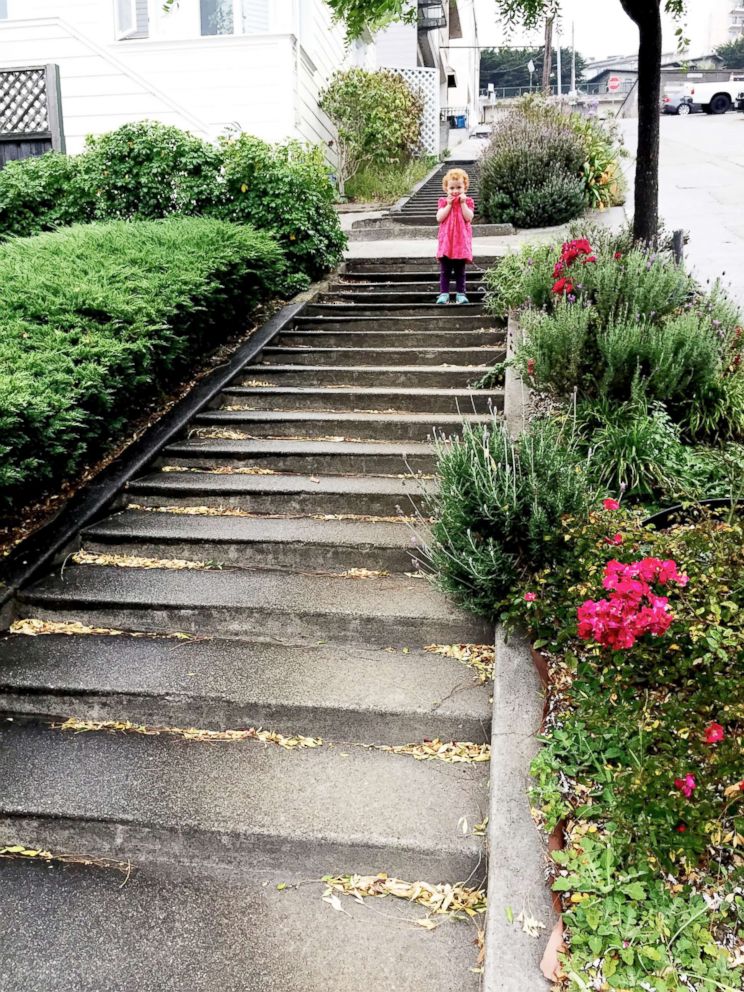 Gail Cornwall
Gail Cornwall, a San Francisco-based mother of three, said her parenting style changed for two weeks after her youngest daughter got a concussion.

"It kind of enables me to be free-range without checking on her," she explained.

Cornwall's 6-year-old son Stuart also wears the watch when he and his sister take the 25-minute walk from school to home together -- something that the kids asked to do on their own, Cornwall said.

They've been able to develop their judgment.

"They're fearless, but not in an unsafe way...they really assess the risk of things," she added. "They almost make exactly the same decision that I would make, but they make it on their own because they've been able to develop their judgment." 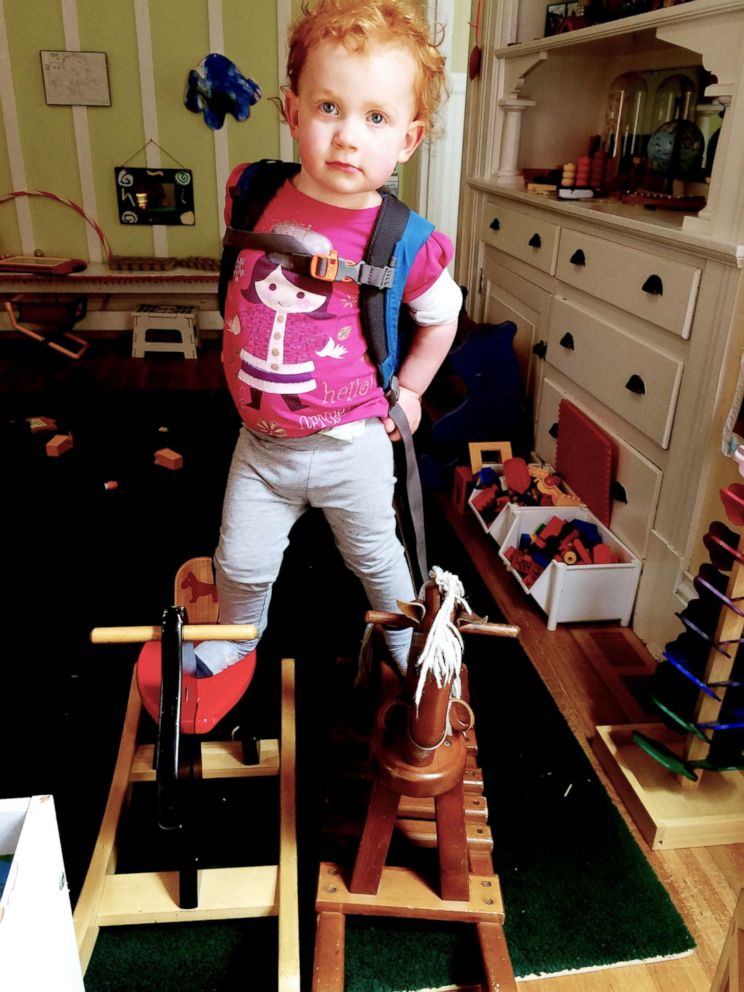 Another free-range parent, Lenore Skenazy is the author of "Free Range Kids" and president of letgrow.org. Skenazy coined and trademarked the term “free-range kids” after writing in a book about allowing her 9-year-old to ride the New York City subway alone.

In March, two months prior to the "free-range parenting" law that went into effect in Utah this year, Skenazy told ABC News that Republican Sen. Lincoln Fillmore, a sponsor of the Utah bill, contacted her about the bill's proposal. The law rewrites the state's definition of "neglect," so that kids can participate in some unsupervised activities without their parents being charged, a spokesperson for Fillmore confirmed to ABC News at the time.

Dr. Dave Anderson, a clinical psychologist at the Child Mind Institute, explained that those who are considering free-range parenting should take everything on a "case-by-case basis."

"If your 12-year-old is capable of walking home from the bus stop by themselves, that's something that you might make a decision about where another 12-year-old may be too impulsive," Anderson said on "GMA" after the free-range parenting bill was signed.

The more confidence they have in themselves, the less anxious they are and the more resilient. 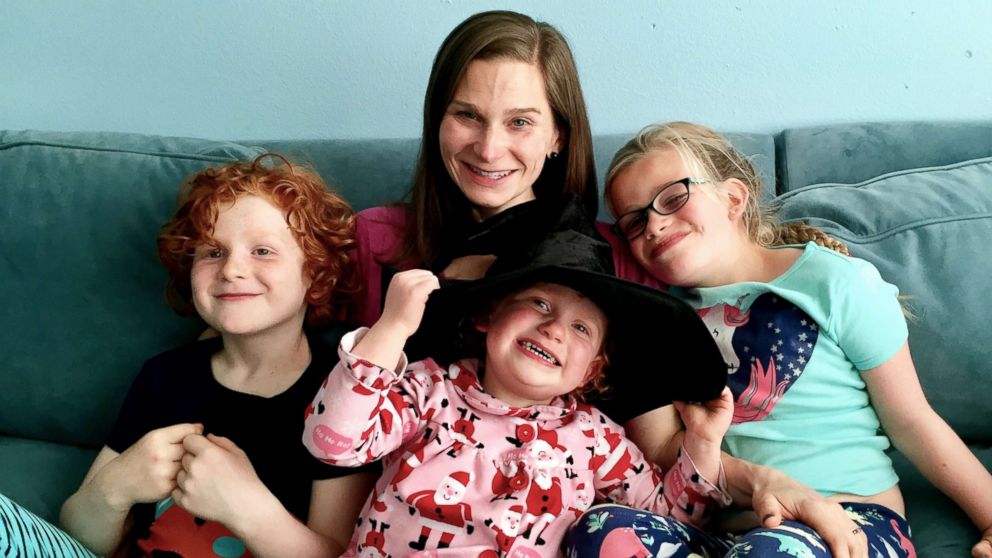 Cornwall family
Gail Cornwall is pictured alongside her children, Vivienne, 9, and Stuart, 6 and Josephine, 4.

Cornwall said she takes a similar stance in her own parenting style.

“I would not let my 6-year-old walk home from school because he doesn't do as good of a job checking streets, but when the two of them are together, his older sister likes taking charge, so two of them coming home together are safer," she said.

Cornwall said she hopes other families will consider "not fear-based parenting" as a community.

"The people in our neighborhood have gotten used to seeing the [neighborhood] kids walking home together, so they don't bother them anymore," she said. "The kids are safer and they're all developing this independence."

Rather than hovering or taking control, Cornwall said she believes in voicing words of encouragement to her children.

"It's all about the messages you send to your child," she explained. "In a sense you're saying, 'you don't have the capacity to make this decision. I need to make it for you.' Whereas the message to your children should be, 'Hey, I think you got it. I think you can handle this. I'm here if you need me, but I think you're capable.'

"The more confidence they have in themselves, the less anxious they are and the more resilient."