A mom of two has had it with people telling her she "babies" her four-year-old son.

In a post she described to "Good Morning America" as "just venting" but has since gone viral, Caitlin Fladager wrote in part:

Fladager told "GMA" her son was colicky as a baby and the only way to get him to calm was by breastfeeding or holding him. As a result, she said "he's naturally very attached to me. We're very close," she said.

(More: Viral post shows everyone can use #onthewayfriends now and then)

"He gets hurt? He runs crying for mommy," she wrote. "He’s sick? He wants all the mom cuddles. He’s overtired and fighting his sleep? I’m climbing into bed with him until he calms down."

I’m so tired of being told I “baby” my son. ⁣⁣ ⁣⁣ Ever since I had him, he’s been a momma’s boy. ⁣⁣ ⁣⁣ Now, with him being four, he gets hurt? He runs crying for mommy. ⁣⁣ ⁣⁣ He’s sick? He wants all the mom cuddles. ⁣⁣ ⁣⁣ He’s overtired and fighting his sleep? I’m climbing into bed with him until he calms down. ⁣⁣ ⁣⁣ I’m constantly told I need to let him “be a man”. Or let him learn he can’t cry. Well, I’m here to tell you, that’s a load of shit. ⁣⁣ ⁣⁣ He will always be my baby. I will always validate his feelings. I will always kiss his boo - boos better. ⁣⁣ ⁣⁣ I am teaching my kids that their feelings are important. That they can cry when they are upset. That they can call on me anytime, and I will come running with arms open. I’m teaching that to both my daughter and son. ⁣⁣ ⁣⁣ So, I will ignore your judgmental looks. ⁣⁣ ⁣⁣ I will ignore you telling me I baby him too much. ⁣⁣ ⁣⁣ I will ignore you telling me I need to “toughen him up.” ⁣⁣ ⁣⁣ He is my child. He is not “weak” or less than for showing emotion and needing me. I am raising him to know men can cry too. Men can have needs too. Men can get overwhelmed too. ⁣⁣ ⁣⁣ Maybe if tearful little boys were comforted instead of shamed, we wouldn’t have so many men struggling to emphasize with emotions. ⁣ ⁣⁣

⁣⁣The majority of the comments on the post, Fladager said, were supportive of her parenting style. She told "GMA" she parents her son differently than she does her six-year-old daughter, who has been more independent since birth.

"There are all kinds of parenting and none are bad," Capanna-Hodge said. "We can't love our children too much."

With that in mind, however, she stressed the importance of steering our children toward independence. She equated parenting to coaching.

"A good coach doesn't always tell you what to do, they cue you to have your own response," Capanna-Hodge told "GMA." "It's important to teach children stress management tools -- deep breaths, count backwards -- so they don't become over reliant." 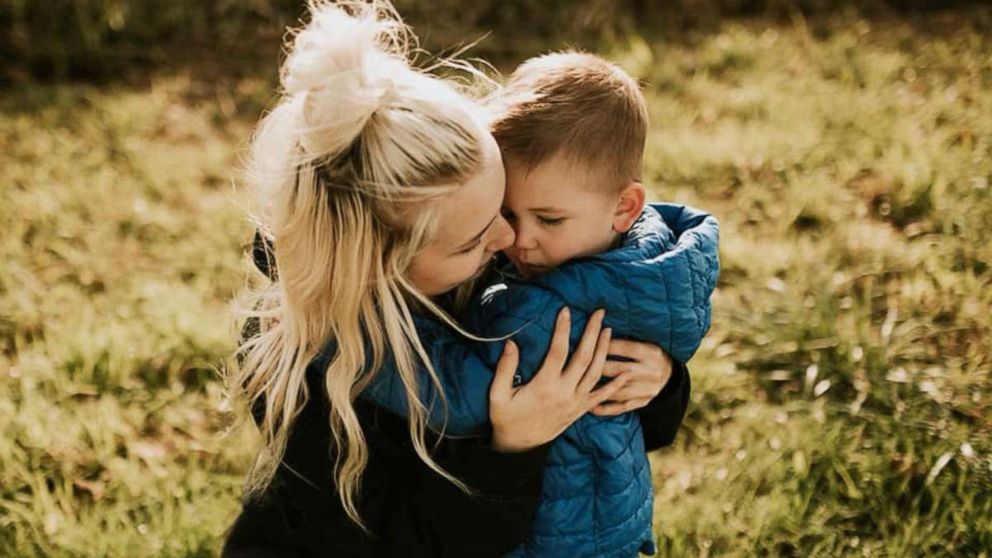 As for Fladager, she's helping him gain independence by sending him to preschool for six hours a day, three days per week. Despite their close relationship, she said he had no trouble separating from her.

"I was happy to learn I'm not alone," she said of all the support for her post. "It makes me feel like I'm going in the right direction."