One mother decided to turn her daughter’s forgotten sock into a miniature art exhibit after it was left on the floor for too long.

Xep Campbell, 45, said she noticed a sock, belonging to her 10-year-old daughter, Kestrel, on the bathroom floor one night before going to bed.

Instead of picking it up, Campbell said she decided to see how long it would stay on the floor if she didn’t move it. 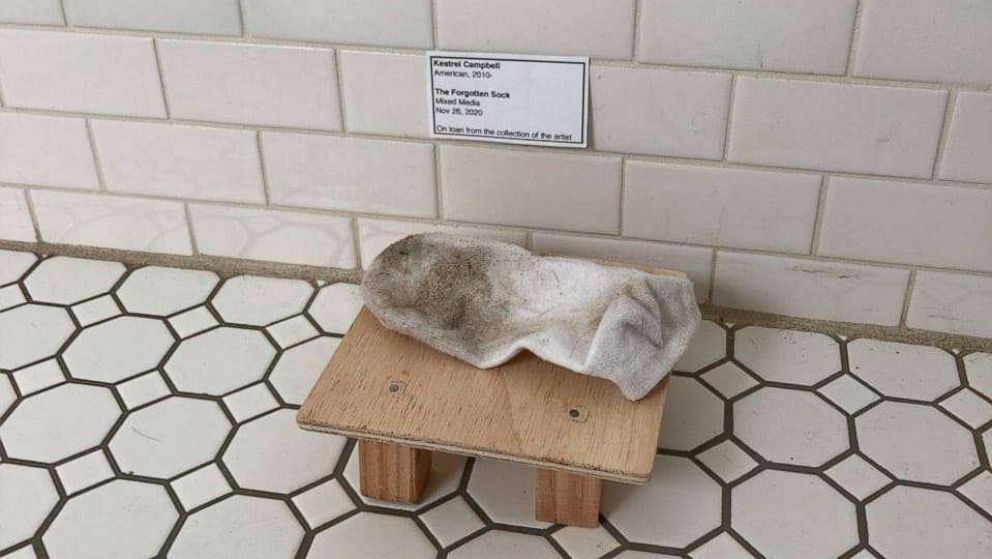 “A week later, it was still there, so I decided to humorously call it out by making the museum label,” Campbell said in an interview with “Good Morning America.”

Campbell turned the sock into an art exhibit by adding a label on the wall, titling it, "The Forgotten Sock."

She said she thought her daughter would see the homemade exhibit and pick up the sock, but to her surprise, Kestrel built on the joke and placed the sock on top of a small pedestal.

"I thought Kestrel would just roll her eyes and then pick up the sock," Campbell said. "She surprised me by making the little pedestal for it. I was not expecting that but was thrilled. Game on."

MORE: Teacher who adopted her former student and his brother eliminates over $48,000 in debt.

From there, Campbell had some fun by adding animal figures to view the exhibit and even added a monolith to the display. 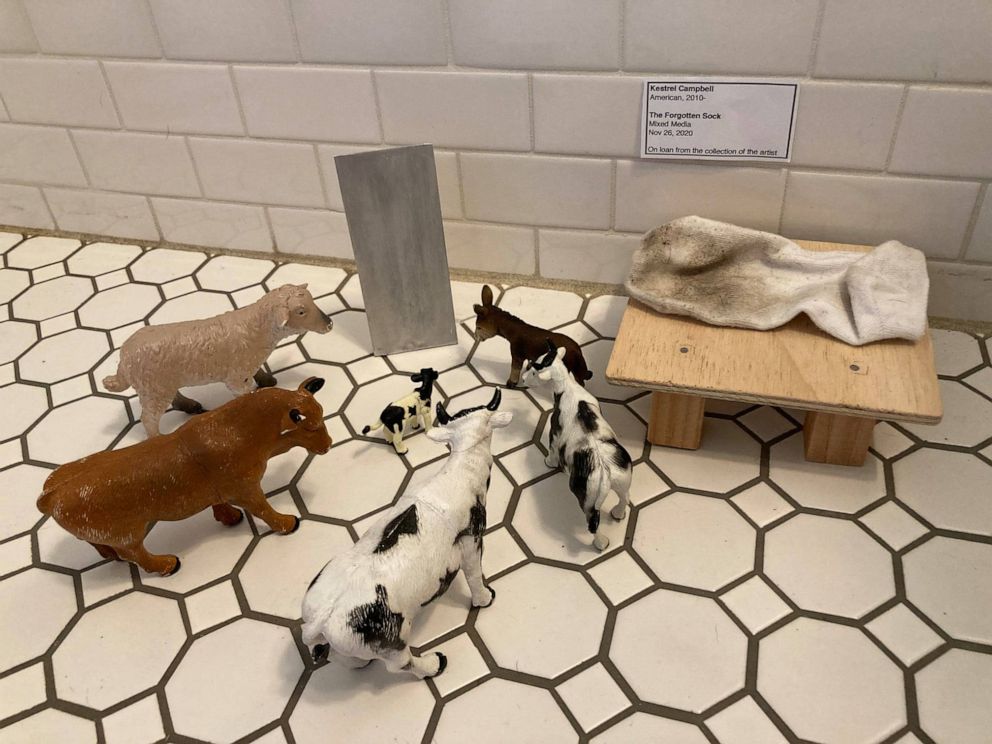 Xep Campbell
A sock forgotten on the bathroom floor has been turning into a mini art exhibit. 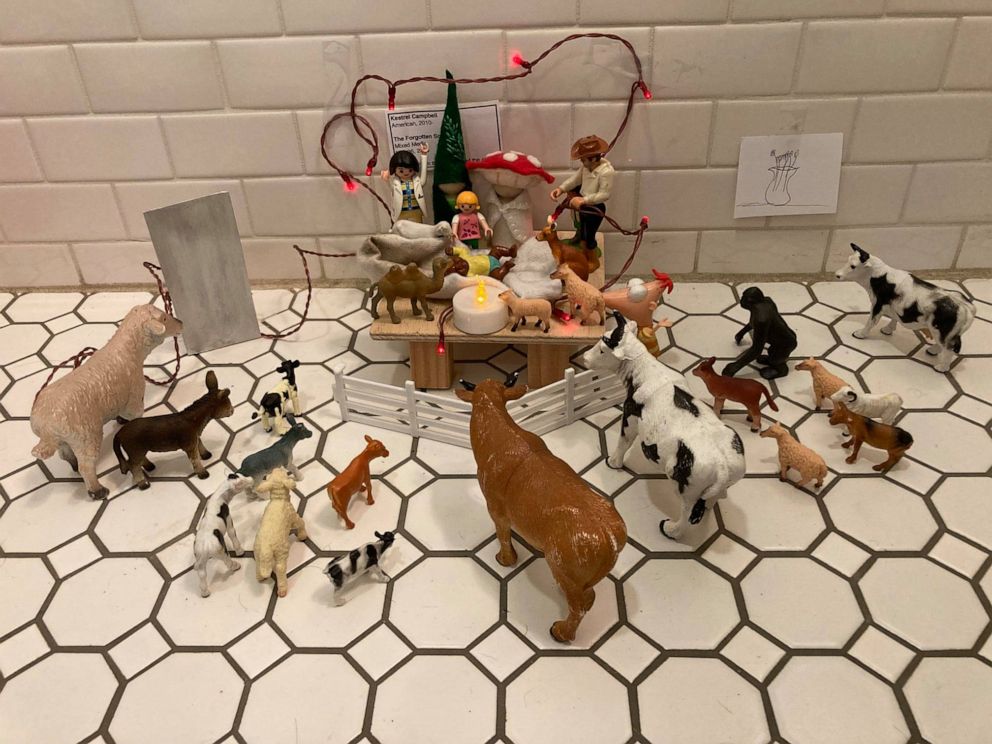 Xep Campbell
"The Forgotten Sock" exhibit has grown bigger with the addition of some animals and other figurines.

Campbell shared the photos of the sock exhibit to Facebook to bring joy to family and friends, she said. The post has now been shared over 138,000 times.

“I have been very surprised by the response but also touched,” Campbell said. “I have received some amazing messages from people and am really glad to be able to make people smile and laugh during these dark days. I feel like the success of this is testament to how badly we all need some levity and good news right now.”

MORE: TikTok mom fires back at comments criticizing how she feeds her baby.

And yes, the sock is still there.

“It has taken on a life of its own, beyond me. I dare not move it,” Campbell added.

“The biggest take away I see is the importance of being silly. Celebrate absurdity. Make one another laugh,” she said.