Nichole Clark ran into a problem familiar to many moms when she would take her middle son, Jonah, now 4, shopping with her.

"When we would go to the store, just getting him in the shopping cart would be a wrestling match," Clark told "Good Morning America." "Then it would take just three seconds for him to lean out and reach for something, or I could turn my head and he was already one leg out [of the cart]."

When Jonah fell out of a shopping cart for the third time, hitting his head, Clark, also mom to 8- and 2-year-old sons, decided to find a solution.

"I just had this idea: What if we had something that went around him that would keep him safe inside the cart?" she said. "I thought if there was a tray that fit around him, and then he had place for his snacks and I could put some toys out for him to be entertained."

With that idea in mind, Clark got to work with her husband and father-in-law designing a shopping cart safety seat for her to use with Jonah. 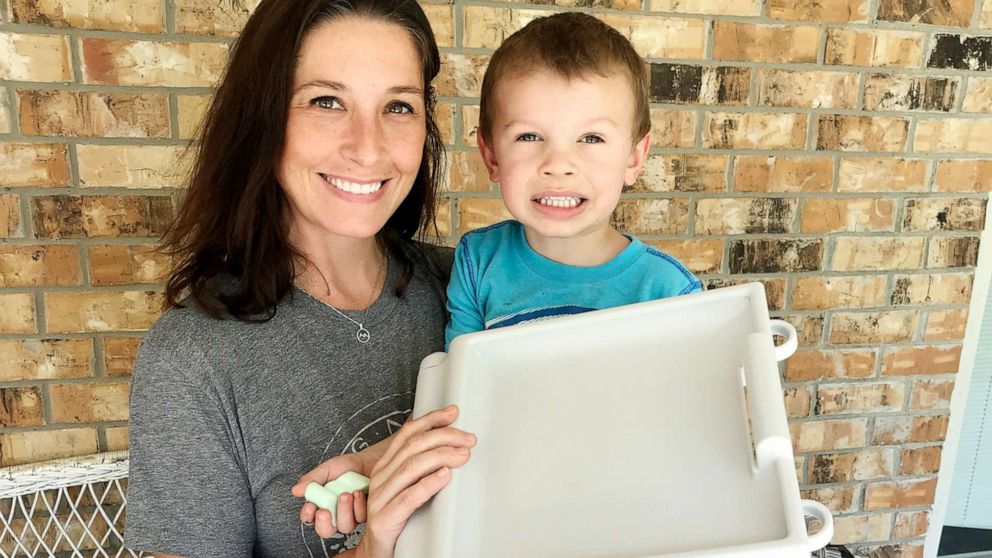 When Clark went out with Jonah using the seat, she said she quickly learned she was not the only mom facing the same issue of shopping cart safety.

Inspired by the need, Clark, a stay-at-home mom and homeschool teacher to her sons, decided to keep perfecting the safety seat so she could help other moms.

Less than two years after Clark and her husband, Jeff, started building a safety seat for their son in their garage, they launched their company, Buggie Huggie. 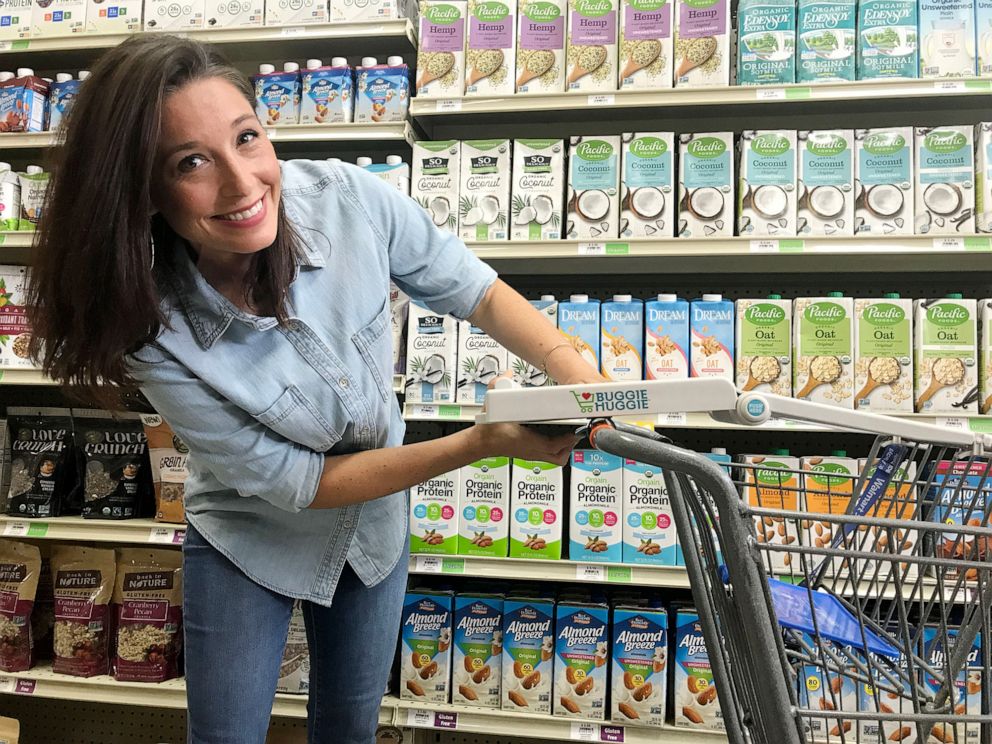 Their $39.95 Buggie Huggie shopping cart tray is a portable tray that goes around the child and clips on to the shopping cart. It can fit children up to 50 pounds and then collapses to fit into a diaper bag, according to Clark.

"Immediately when a mom sees the product, they get it," she said. "I've had that expectation all along, that this will bring peace to moms and will bring safety to kids." 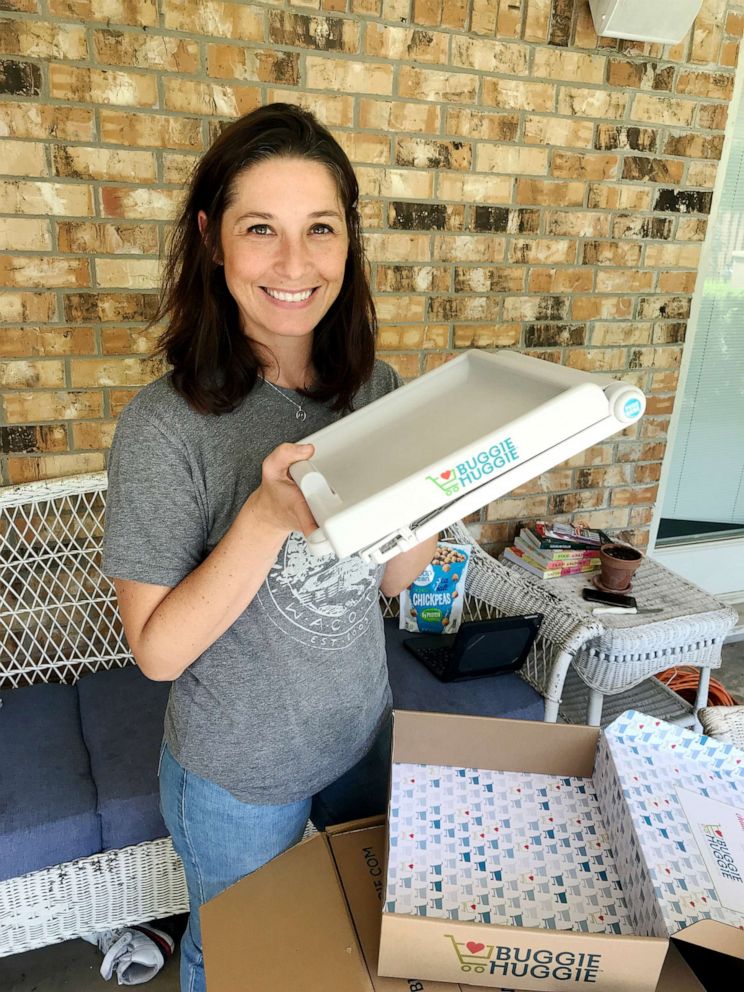 Between 2008 to 2008, there were more than 100,000 emergency department-treated injuries associated with shopping carts to children younger than the age of 5, according to data shared by the Consumer Product Safety Commission (CPSC).

The CPSC cites falls from shopping carts as among the leading causes of head injuries to young children, and recommends that parents keep children restrained by a seatbelt in the cart seat.

MORE: Mom delivers her baby then votes in the 2020 election from hospital

Buggie Huggie states on its website that the product has "passed all testing requirements" with the CPSC.

The product, which is now available online, is described by Clark as being "something really beautiful" that came out of her family's difficulty. Jonah, who sparked the idea for the invention, and his brothers all played important roles in bringing Buggie Huggie to life, according to Clark. 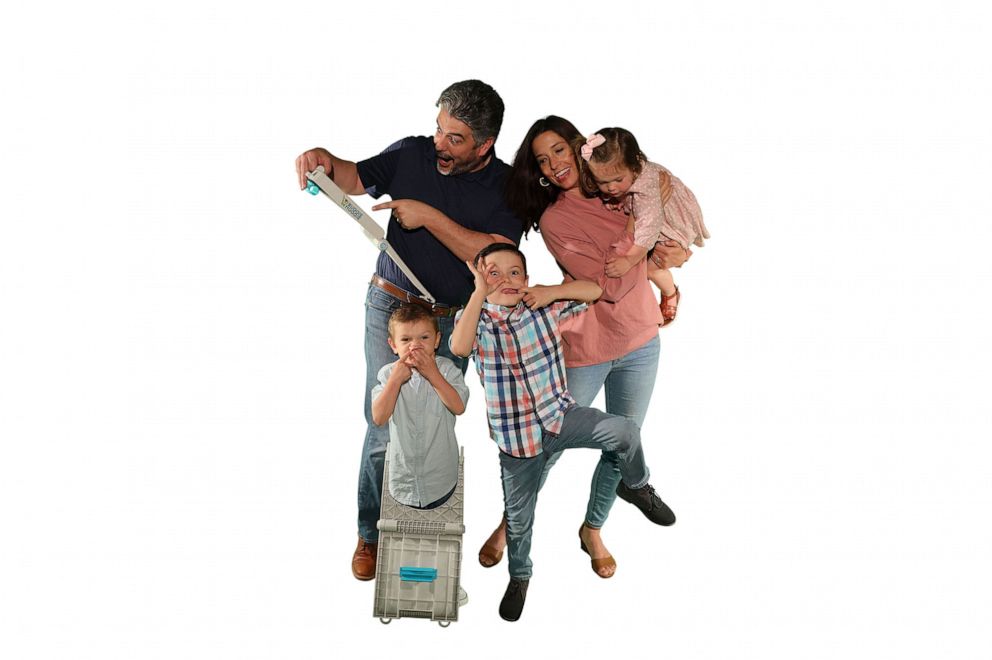 "The kids have been a big part of it the whole time," she said. "They're excited too."