Reyes and Burton introduced the lighthearted skit two days ago in a TikTok video that has already been viewed more than 4 million times. And, of course, "Baby News Network" stars the couple's baby girl, 6-week-old Isabella Sofia Burton. 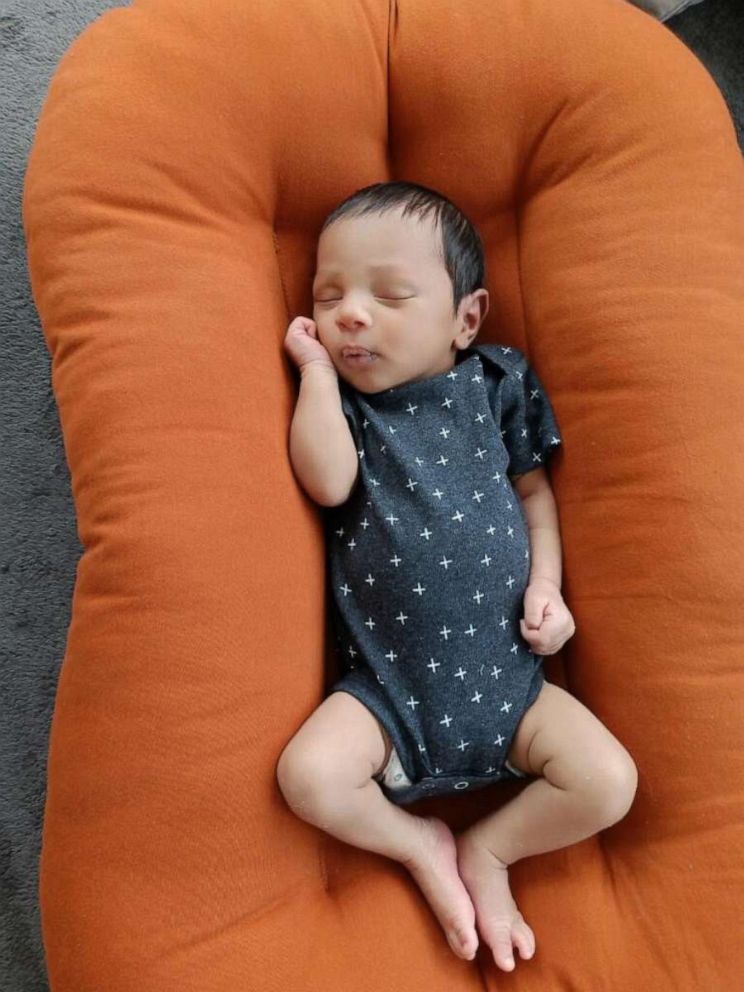 This isn't the first time Burton, a news anchor for ABC News affiliate WJLA and co-host of "Good Morning Washington," and Reyes, a morning news anchor for FOX 5 DC, have poked fun at their anchoring day jobs on social media. 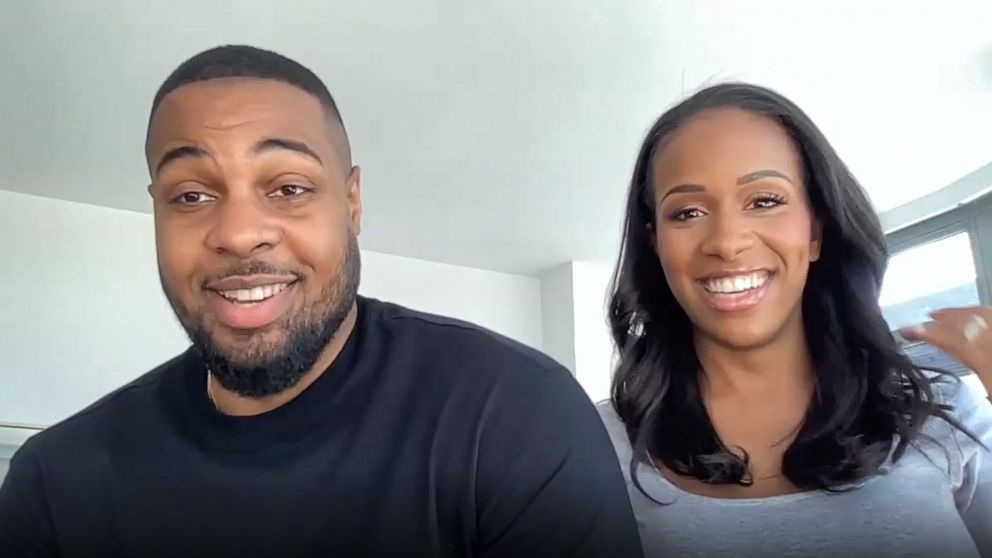 Back in October 2020, Reyes shared an amusing video clip of her and her husband parodying the professional voices they use while on air but instead of a serious news report, they debated that age-old question many couples and families are likely familiar with -- what should we have for dinner?

"Everybody loved that and it's specifically because of the code-switching, going from news anchor voice to how we actually speak to each other at home," Burton said.

Fast forward two years later, and the couple can now bring their baby girl into the fun in between diaper change breaks and feedings.

"When Bella was born, people were asking, 'Oh my gosh, are you going to do the anchor voice with her?' We kept on putting it off and then a couple of days ago, we were juggling a bunch of things -- I'm feeding her, he's cleaning -- and we're writing the script as we're doing all of that," Reyes told "Good Morning America."

MORE: Hilarious dad video for any parent who needs a break 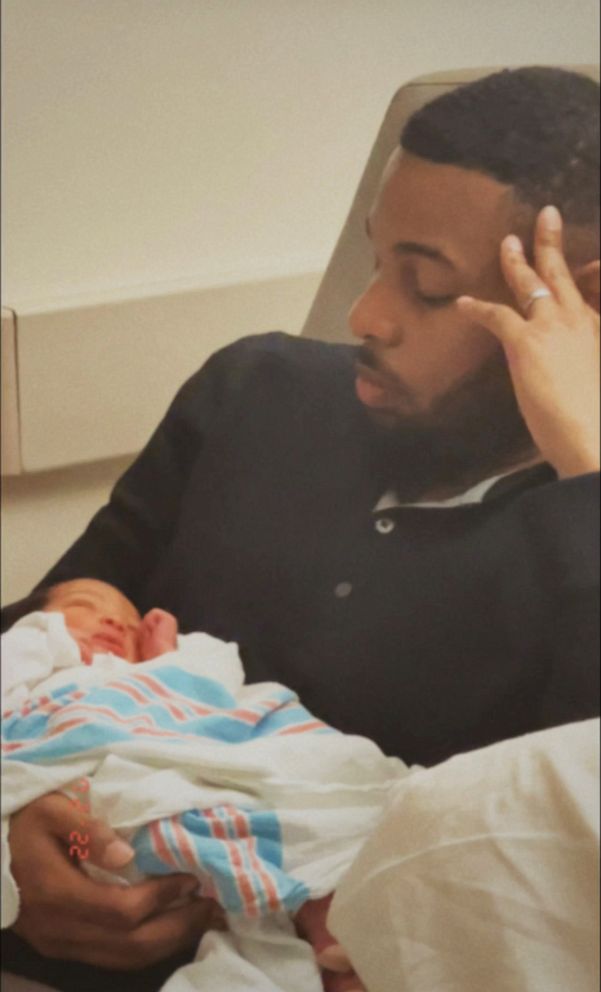 Courtesy of Jeannette Reyes
Burton is a first-time dad to baby Bella, who was born six weeks ago.

Burton said they collaborated on the script for "Baby News Network" together and then combined their strengths to bring their clever idea to life.

"All the videos you see us do, she edits them and it's like it's magic," Burton said, calling his wife a "creative genius."

"He just lends his talent and then I put it together and I show it to him for approval," Reyes said.

As for the video's content, the talented husband-and-wife team said they've drawn from their real-life experiences, with cheeky lines such as "Hopefully you slept well, certainly no one else did, but we're not going to point any fingers," and "Temps in the mid-80s, no humidity. Will we get to enjoy it? Well, if spit-ups, feedings and diaper changes don't get in the way, we just might be able to make it out of here before midnight." 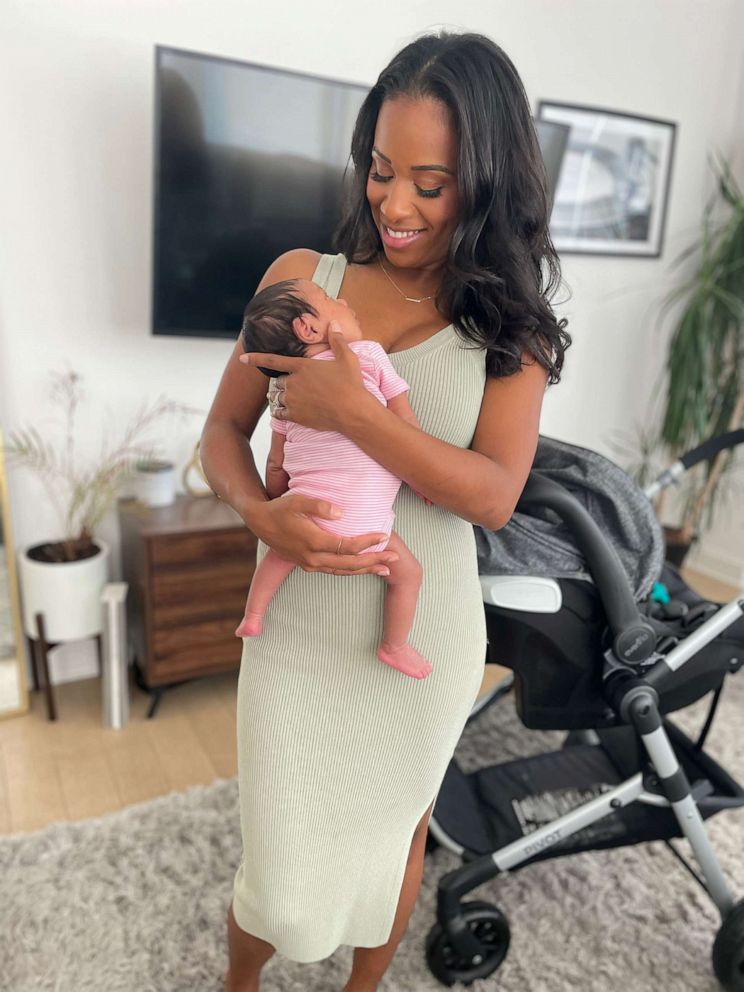 Courtesy of Jeannette Reyes
Reyes says she's been enjoying getting to know her daughter, Bella.

"Everything is true. It's real life. That's probably why it's funny," Burton said.

They say they didn't expect the latest "anchor voice" video to go viral but are grateful they could bring some levity to others online.

"One of the things that always surprises us with all of our videos is when people say thanks, like, they really needed the laugh, or they were having a rough day," Reyes said.

"We would like to thank everybody who liked the video, then reposted it, but it always means a lot to see their response," Burton said.