An Illinois nurse has adopted one of the tiny patients she cared for in a pediatric intensive care unit.

Angela Farnan, a primary charge nurse at OSF Children's Hospital of Illinois, officially became a mom to her son Blaze, 1, on June 8.

"I really feel that he has blessed our lives," Farnan,of Peoria, told "Good Morning America." "He's full of joy. His smile lights up the room."

Blaze was born with a congenital heart defect called hypoplastic left heart syndrome. He had his first surgery when he was just 3 days old. He needed a second surgery just months later. 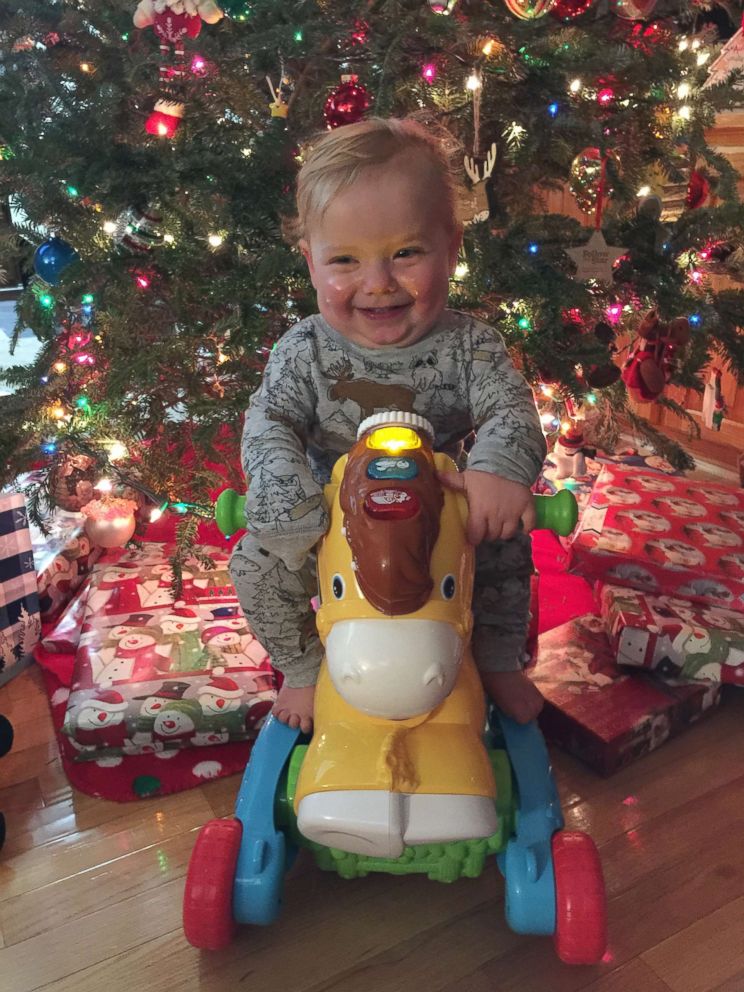 Courtesy Angela Farnan
Baby Blaze Farnan, 1, was adopted on June 8, 2018 by Angela Farnan, a primary charge nurse, after she cared for him at OSF Children's Hospital of Illinois during and after his heart surgery.
Editor's Picks

Blaze will have to undergo a third surgery and may require a heart transplant one day.

Farnan was one of the nurses who cared for Blake in the ICU. She said Blake's biological family, who lived far away, did not have the resources to go back and forth to the hospital, or to care for him financially. 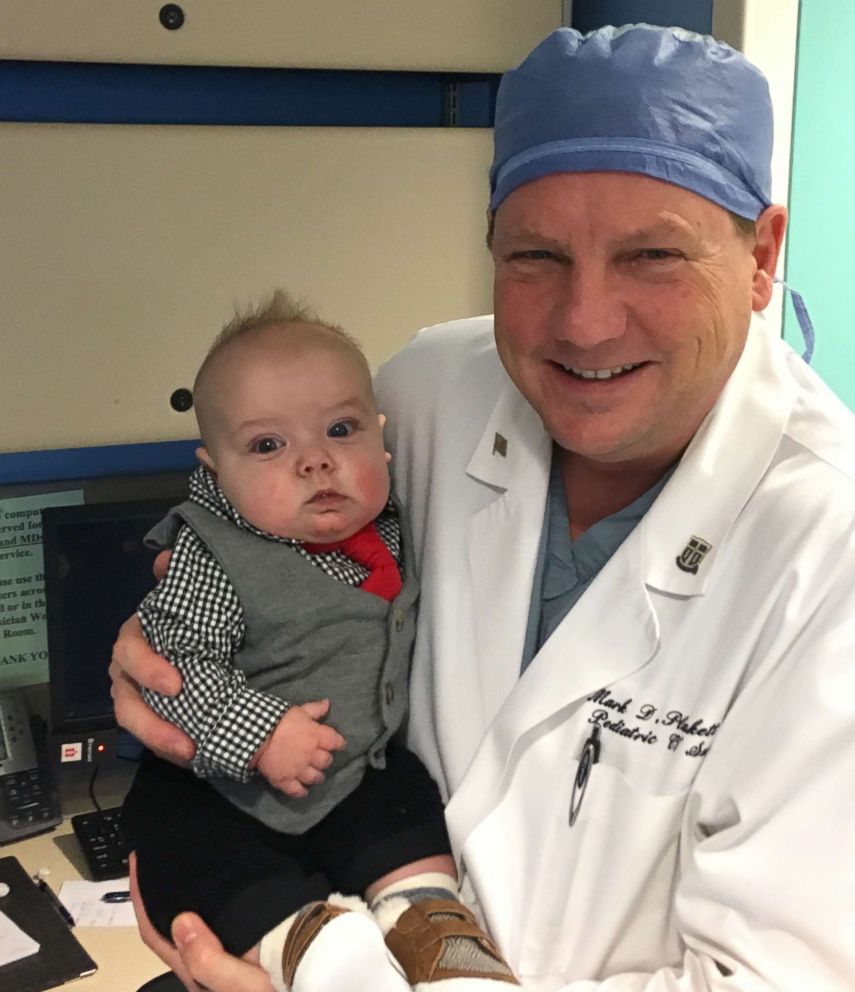 Courtesy Angela Farnan
Baby Blaze is photographed with Dr. Mark Plunkett who performed heart surgery on him at OSF Children's Hospital of Illinois.

Farnan said she took Blaze into her care and had short-term guardianship, with permission from his parents. After his second surgery on March 20, Blaze's birth mother presented Farnan with a tearful request to adopt their son.

"It was quite an emotional day because my husband and I fell in love with him and it was getting close and closer to when we had to give him back," Farnan said. 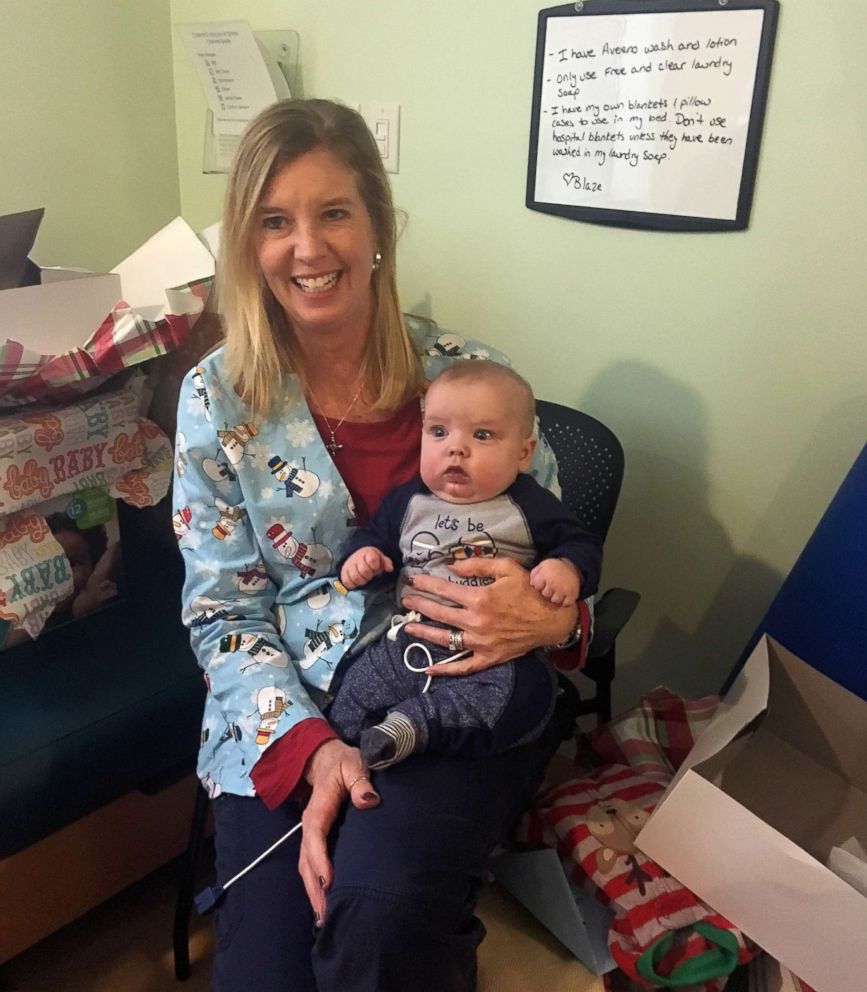 Courtesy Angela Farnan
Angela Farnan of Peoria, Illinois, adopted her son Blaze, 1, after caring for him in ICU at OSF Children's Hospital of Illinois.

"[Blaze's mom] said she and her husband were discussing us keeping Blaze on a permanant basis," Farnan added. "She was crying and said, 'I just don't want anyone to feel like I'm a bad mom.' I said she just made the best decision as a mom and there was no question that she loves Blaze." 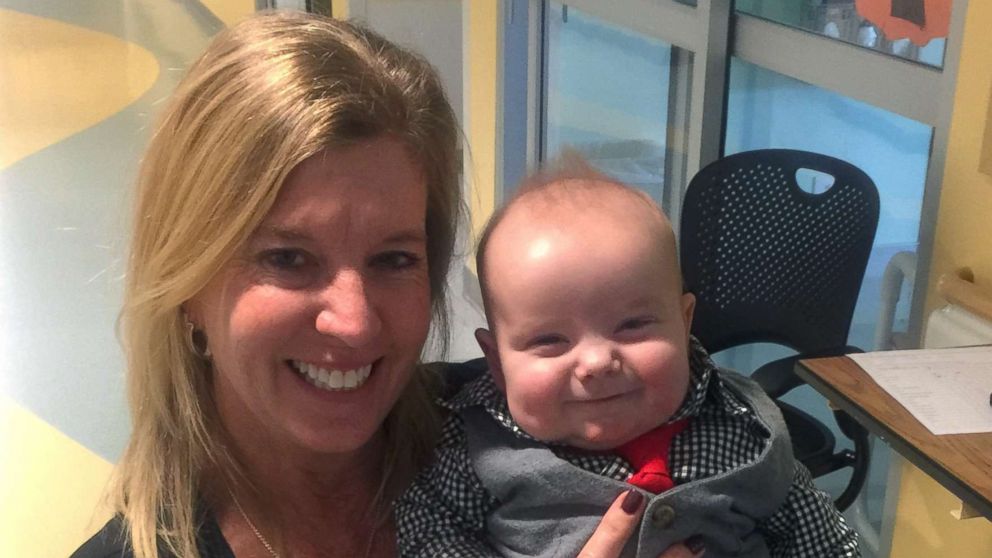 Courtesy Angela Farnan
Angela Farnan, a primary charge nurse in the pediatric intensive care unit at OSF Children's Hospital of Illinois, adopted her son Blaze, 1, after caring for him in the ICU.

Now, Farnan and her husband, Rick, are proud parents to Blaze. Farnan said he has a sweet personality and loves dancing to "Baby Shark" and Keith Urban songs.

"Becoming a parent for the first time, I can't describe the feeling," Farnan said. "It was one of the best days of our lives."