A couple in Texas have paid the ultimate tribute to a doctor who went above and beyond to help their family last year.

Diana Crouch, 28, and Chris Crouch, 37, welcomed a baby boy last November and named him Cameron, after one of Diana’s doctors. The couple credit Dr. Cameron Dezfulian, the medical director of the Adult Congenital Heart Disease, ICU unit at Texas Children’s Hospital in Houston, with helping to save both Diana and Cameron’s lives.

It all started back in late July when the couple traveled to Las Vegas to celebrate their anniversary. Although it was supposed to be a fun time, Diana told “Good Morning America” she had a “really bad headache” throughout the trip. 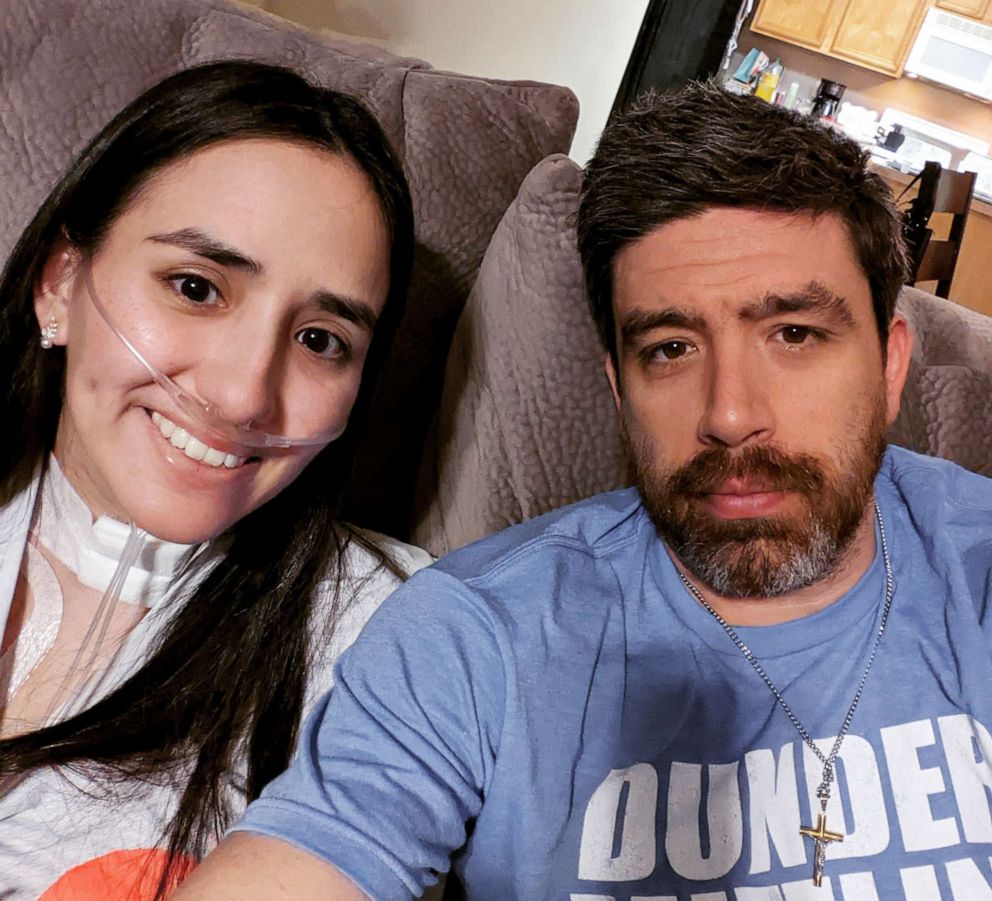 Courtesy Chris Crouch
Diana Crouch poses for a photo with her husband Chris. Crouch was treated at three different hospitals during her COVID-19 battle, including at Texas Children's Hospital in Houston.

At the time, Diana was 18 weeks pregnant and after they returned home to Kingwood, Texas, she said she started developing a fever as well. Initially, Diana said her obstetrician thought she might be dehydrated and advised her to drink plenty of water and to take Tylenol.

When her symptoms didn’t subside, Diana consulted her OB again, who recommended she go to the emergency room. It was at their local ER that Diana learned she was positive for COVID-19 and at the time, both and she her husband had yet to get vaccinated. She said the ER doctor told her to “stay on top of the fever and eat healthy” and to use a pulse oximeter to track her oxygen levels and make sure they didn’t drop too low.

Diana didn’t get better and by the end of the first week of August, Chris drove Diana back to the ER to get checked again.

“This time, they said her lungs looked like they had pneumonia,” Chris recalled to “GMA.” “And then they were going to admit her but the treatment that she was going to need, they were going to have to find a hospital so they found Texas Children's Pavilion for Women.”

Diana’s stay at Texas Children’s was rocky, to say the least. She had COVID-19 pneumonia, which Dr. Dezfulian said in part, meant that “the entire lung is sick.”

“She was in a unique situation where she was 18 weeks pregnant at that time, so she wasn't at a point where the baby could be delivered nor did it seem like that would necessarily help,” Dezfulian said. “If the pregnancy is a lot further along, then removing the child helps the mom a lot just because it makes space. But here, it wasn't that situation at all.”

For the first two weeks at Texas Children’s, Diana was sedated and placed on a ventilator but her condition didn’t improve. Chris and her doctors then had to make the difficult decision to place her on ECMO or an extracorporeal membrane oxygenation, often considered a last resort.

With ECMO, Dezfulian explained, “We pump the blood out of the heart, usually out of the right atrium … and we pump it through this artificial lung that essentially oxygenates it and blows off the carbon dioxide so it does the job that the lung normally would do. And then we shoot it back into the right heart, into the right ventricle, so that it can be pumped through the lungs and that way, if the lungs themselves essentially do no work. which in these cases is what's happening because they've just gotten so sick.” 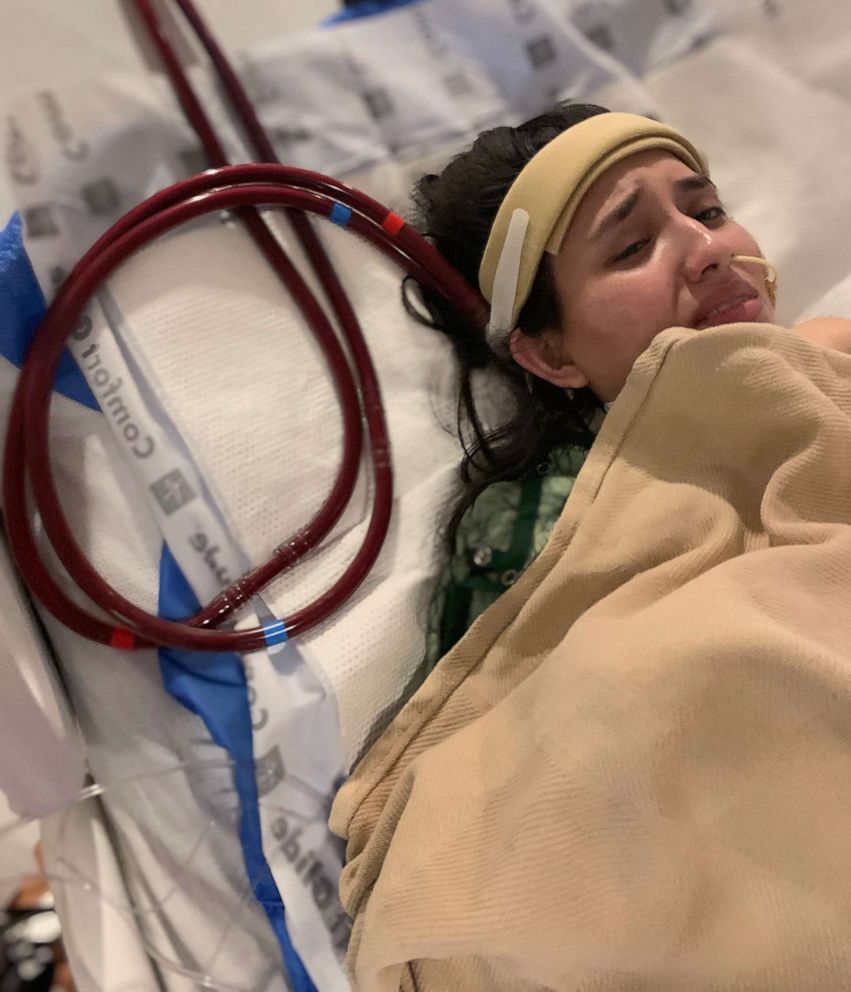 Courtesy Chris Crouch
Diana Crouch was treated at three different hospitals during her COVID-19 battle, including at Texas Children's Hospital in Houston.

Diana stayed on ECMO for eight weeks and during that time, she experienced multiple complications, including blood clotting. It was an extremely emotional trial for Chris and the rest of their family. He told “GMA” and that he and his father-in-law witnessed her having a heart attack, multiple seizures and a stroke on one particularly severe day in September.

“After her stroke, she was kind of laying there. She didn't move or anything for like three days. And I told Dr. Cameron if she starts to wake up, I know we're gonna walk out of this hospital. And she woke up the next day,” Chris said.

With medication and different therapies, Diana gradually improved but by 31 weeks, Dezfulian noted her condition “plateaued” so doctors decided it was time for a C-section. 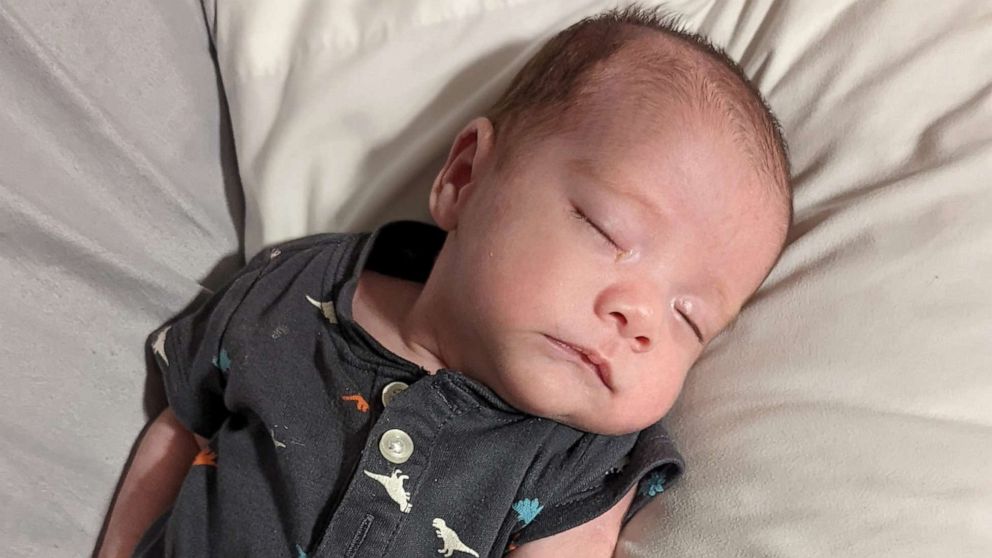 Courtesy Chris Crouch
Cameron Crouch was born Texas Children’s Hospital in Houston, on Nov. 10, 2021, and named after a doctor that treated his mother during a battle with COVID-19.

“Both for me and for her parents, and we were both Christians, and we really felt like this was miraculous,” Dezfulian reflected while looking back on Diana and baby Cameron’s journey. “We prayed a lot and we felt like God was kind of helping us because there's no textbook on these things. We had to make some really tough choices that could have easily gone poorly. And yet they didn’t.”

The doctor was also quick to point out that he wasn’t the only physician who helped save Diana and Cameron’s lives. “There were at least 35 different services that helped take care of her while she was here and it's really remarkable," Dezfulian said. "You can't do this kind of complex care without a real team and we had an incredible team that was there.” 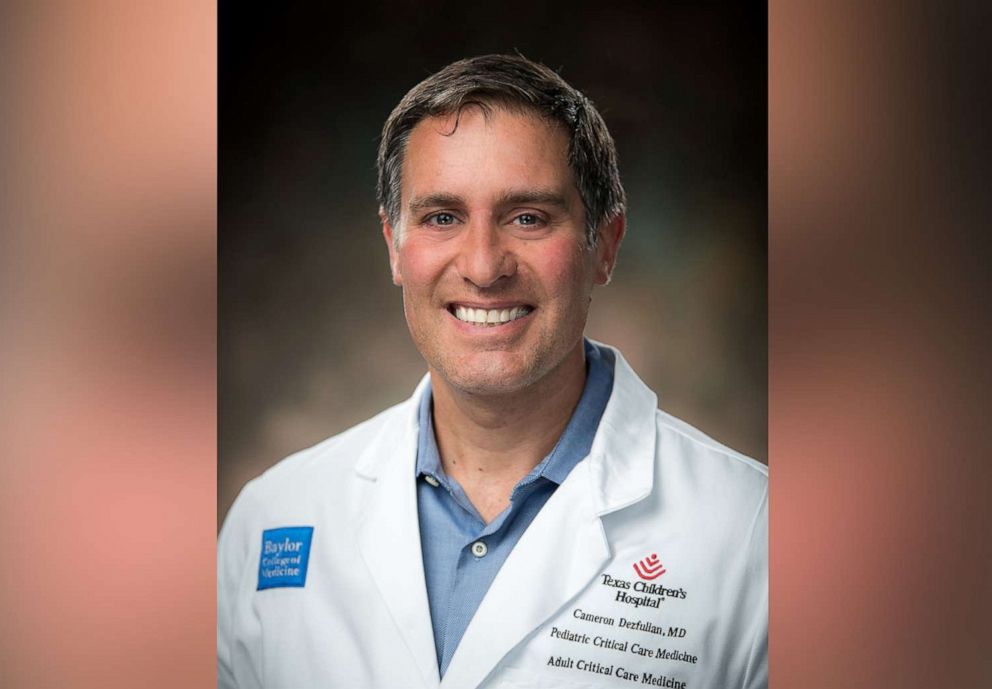 Texas Children's Hospital
Dr. Cameron Dezfulian's patient, Diana Crouch, named her baby after the doctor who was part of the team that treated her when she was hospitalized with COVID-19 while pregnant.

Diana spent approximately 4 1/2 months in the hospital but doesn’t remember much of it. In her last month, she was transferred to Houston Methodist Hospital and was finally discharged on Dec. 23. Seven weeks later, she’s adjusting well despite a hectic life back home with her blended family. She and Chris, who said he never contracted COVID-19, are parents and stepparents to a total of five children. Cameron is their second child together.

“It’s been crazy. I mean, I can’t complain. I just cherish every moment,” Diana said. “Like crying, screaming, all of it. It doesn’t bother me. Nothing bothers me now.”