By Annabelle Gurwitch
Share —
Sign up for our newsletters to get GMA delivered to your inbox every morning!

Annabelle Gurwitch is a New York Times-bestselling author and comedian. Her essay, "Becoming a Passenger Seat Parent," is adapted from her book, "You're Leaving When?"

My 22-year-old moved out of my home this week after graduating college in the COVID Class of 2020. This wasn’t at all the scenario I imagined when I’d pictured the day that my kid -- pronouns: they, them, theirs -- would move into their first post-college apartment.

MORE: Mom says she's a 'solo mom, not a single mom' and here's why

I was tearing through the house looking for totems to send them off with that might serve as subtle reminders to call their mother, when I found an old KFC wet nap. We’d had a ritual of stopping into the KFC nearby on the first day of class each new year, or maybe it was the first Friday of the month, or maybe it was every Friday? That lone surviving wet wipe reminded me of all of our rituals that have come and gone and how improbable the ones we're observing now. 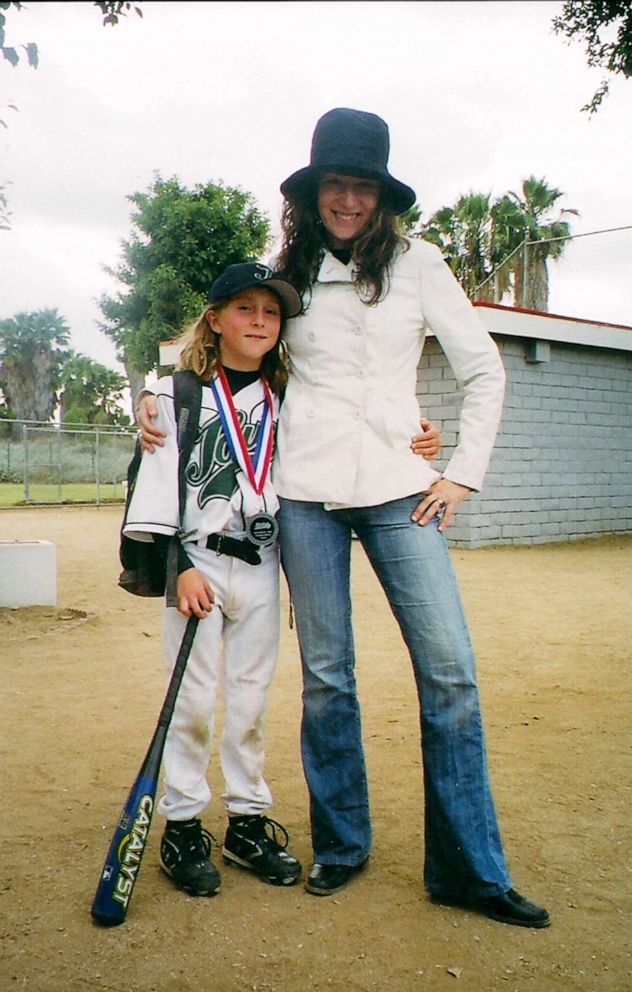 Annabelle Gurwitch
Annabelle and Ezra on the baseball field when they were younger.

Car rides, especially when adolescence hit, provided the ideal setting for conversations ranging from classwork to crushes. With my eyes glued to the road, they in the back and then passenger seat, the car provided close physical proximity but minus the need to make eye contact. It was a reliable opportunity for intel as my child began asserting their own agency.

During the really tough stretch before Ezra got sober (now four years), I’d devote at least one day of the week ferreting out hiding places for paraphernalia. Finding the bongs -- repurposed reusable water bottles especially stung -- I’d assumed their exhortations to resupply our stockpile were due to my successfully instilling an environmentally friendly ethos.

When they’d return home during college breaks, each re-entry period seemed similar to what I’d read about astronauts returning from long stretches in zero gravity, how they lose so much muscle mass that they have to learn to walk again. Ezra would nap, watch cartoons, leave dirty laundry strewn about the house and sneak cereal into the bedroom. 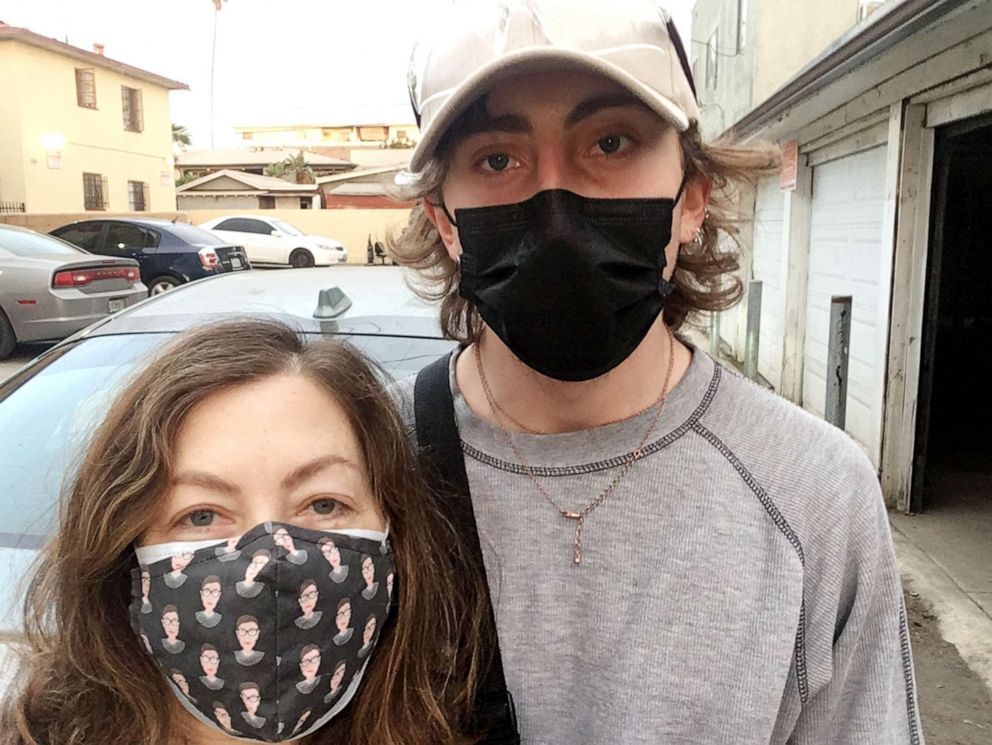 I got a taste of “passenger seat parenting” on their 21st birthday, joining to fete them with a pack of friends near campus. It was the first time I attended a birthday celebration in their honor that I hadn’t planned. Then, as COVID swept through the nation, we took a step back toward launching into adulthood. Like over 50% of American families, Ezra was sheltering back at home, a paid internship evaporated and my kid, who had worked in a restaurant throughout college, was now financially dependent on me. Their planned “boomeranging” required developing new skills to survive our being glued together 24/7.

I had to learn to perfect “the mom poker face.” Being the only available live body, I become Ezra’s test audience. Ezra was an electronic experimental music major in college. What does it sound like? Darth Vader played at half speed, Alvin and the Chipmunks played at warp speed, whale callings and the cries of one million babies whose diapers need changing.

“Do you think it’s good?” they’d asked after playing a sample track.

“The world will let you know,” I said, affecting a neutral facial expression. 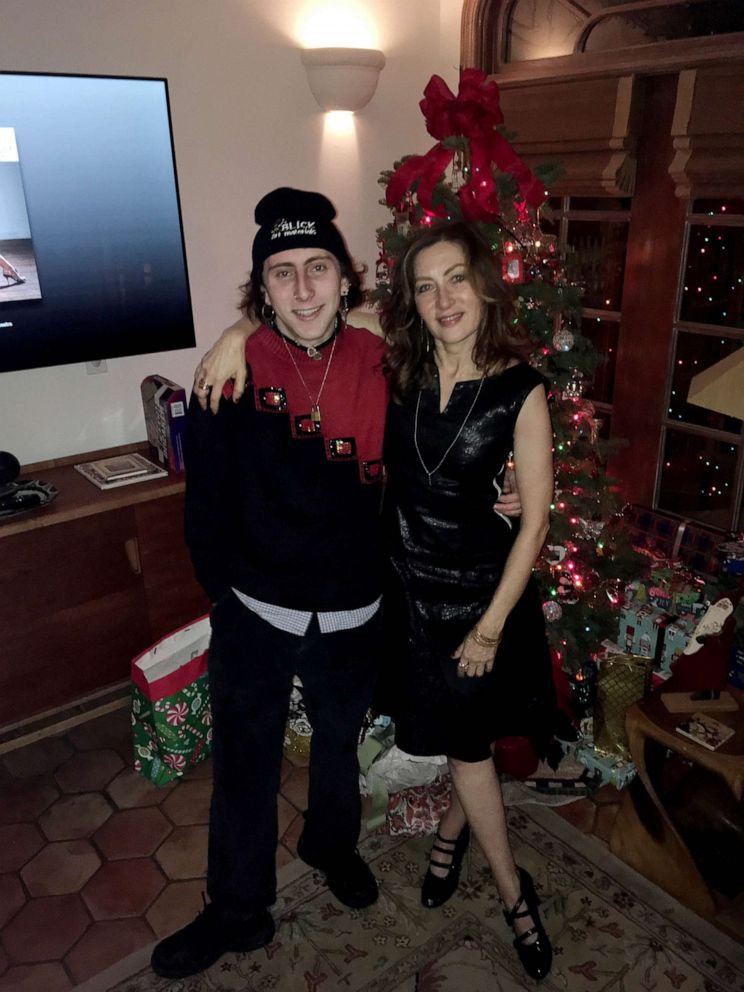 Annabelle Gurwitch
Annabelle and Ezra in 2019.

This is really the best of all possible answers because the only sure sign that something won’t become the next big thing is if your mother likes it. I was less successful, to be sure, in disguising my disdain for their new penchant for correcting me on perceived failures of my housekeeping habits.

We were both completely blindsided when I received a stage 4 lung cancer diagnosis in fall 2020. Now we were carefully tiptoeing around each other in the house. I didn’t want to add to their post-graduation stress by depending too heavily on them, but on more than one occasion, our roles were reversed. “Mom, are you OK?” Ezra asked each day and consoled me when I collapsed, seized with fear and grief, sobbing on the kitchen floor, late one night.

MORE: Mom writes of agony on raising Black son amid racial violence: 'A loss of innocence'

We’d just hit the nine-month mark when they announced that they needed to move out of the house. Given my compromised health, they wanted to find employment and they needed more (safe) social interaction. I knew it was for the best. My health had stabilized, though I secretly hoped that gearing up would require months of planning. “We need to go over budgeting and strategize how to find an apartment!” But I was already a passenger, along for the ride, because not only had they found an apartment with two friends, the kicker was learning that I wasn’t going to need to co-sign the lease. One of the roommates had a better credit score than me. A moving date was set. 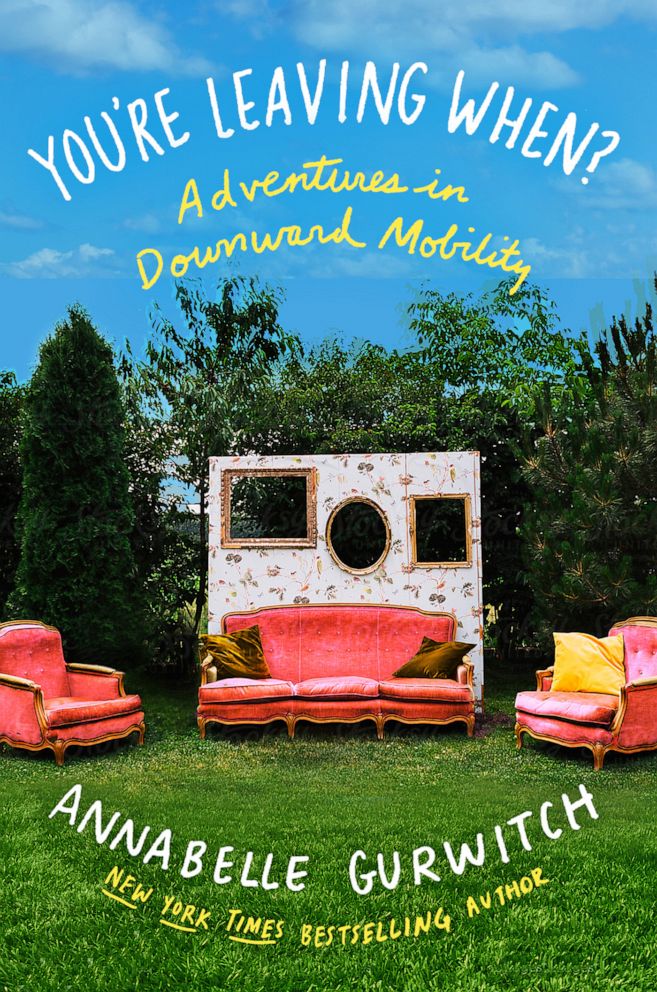 Counterpoint Press
"You're Leaving When? Adventures in Downward Mobility" by Annabelle Gurwitch.

With our city still in lockdown, we hurriedly unloaded laundry baskets stacked with clothes and linens, bags stuffed with toiletries, and even a mattress, directly onto the sidewalk. When I moved into my home, my mother helped me organize my pantry and scrubbed my refrigerator with a toothbrush until it sparkled. Me? I held my breath and double masked for a brisk tour of the apartment, while the roommates helped each other piece together the makings of their new home. I could see Ezra waving in the rear view mirror as I pulled away. Facing forward, behind the wheel of my car, they couldn’t see the tears soaking the fabric of my mask.

The irony is that even though it’s still unsafe to be in a car together, Ezra’s squarely in the driver’s seat. They’re gainfully employed and masked, socially distant meetups with friends are just a bit less fraught and more frequent without the immediate worry for my well-being. And one day, in a future that can’t come soon enough, I’ll drop by their place for a proper tour or they’ll stop in to do a load of laundry. How exhilarating it will be to observe those perfectly ordinary, uneventful rites of passage.