An image of two brothers and their sister praying in a circle before their first day of school is spreading hope to others in the wake of recent tragedies.

Jamisha Harris of Baton Rouge, Louisiana, shared the photo of her kids, Eugene Jacobs, 10, Jorden Jacobs, 8, and Emily Jacobs, 7, praying hand-in-hand. The mom of four posted it on Facebook, and soon after, local news sites featured the picture on their pages.

"It [feels] horrible to send my kids back to school and I'm not there with them," Harris said. "I'm just worried about my babies. I want to send them off to the new school year not worrying about our home or the shootings." 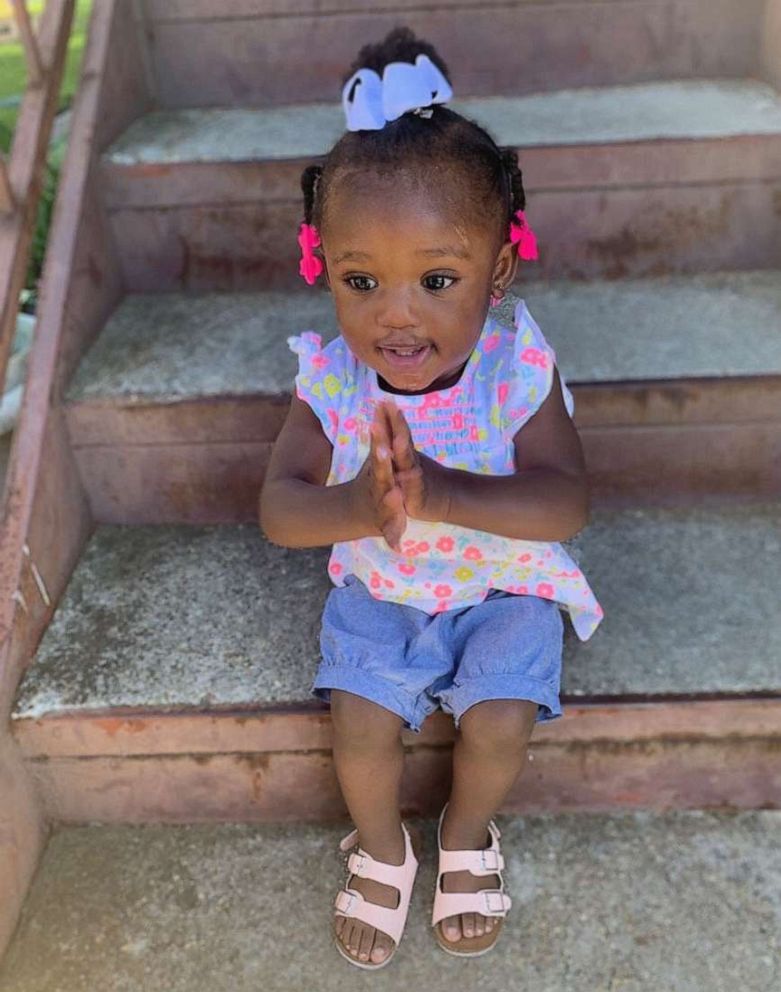 Courtesy Jamisha Harris
Hailee Shorter, 1, is seen in this undated photo praying outside her home in Baton Rouge, Louisiana.
Editor's Picks
(MORE: On this teen's first day back, his school life changed thanks to one act)

Harris said that as best as she can, she explains shootings to her children and what to do in an emergency.

Besides praying for victims and personal safety, Eugene, Jorden and Emily prayed for friends, family and a new home. 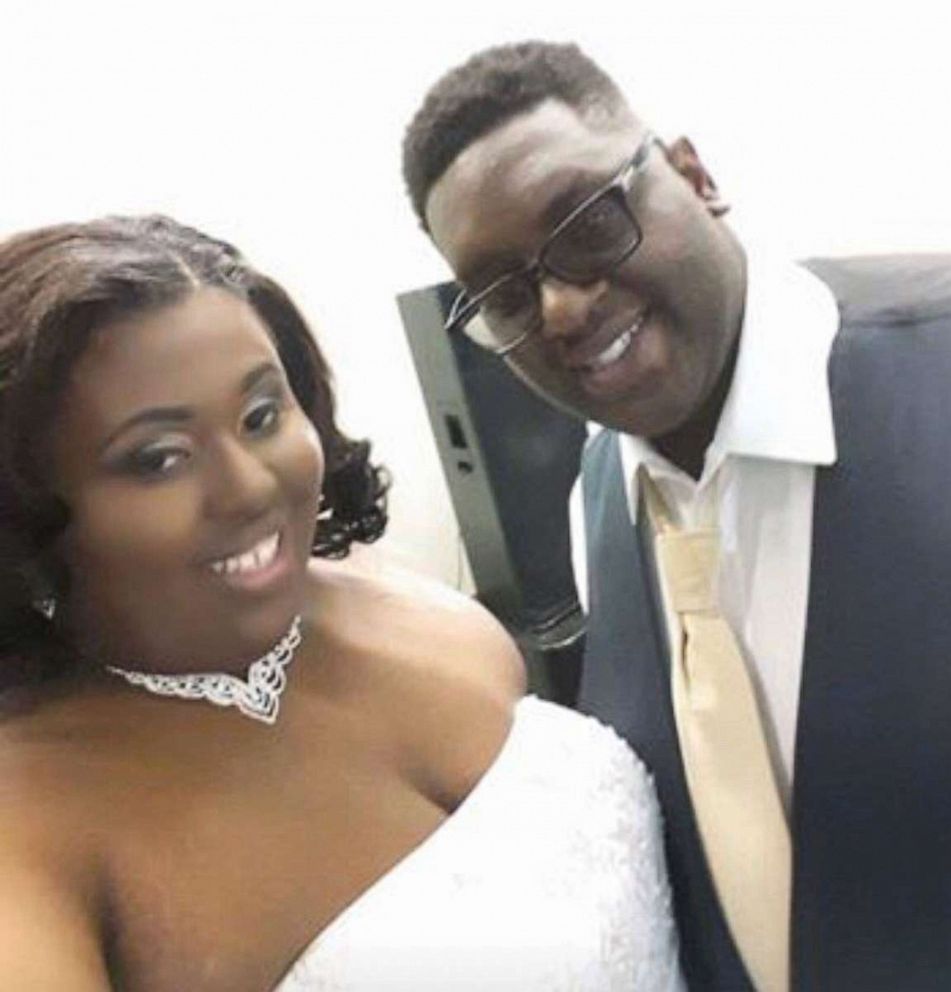 Harris said her husband recently lost his job and they were forced to move in with extended family, for now.

(MORE: 76-year-old volleyball referee bursts into tears as teams surprise him with car)

Since the photo received viral attention, Harris launched a GoFundMe page sharing the story. Nearly $34,000 was raised in four days by over 400 people. 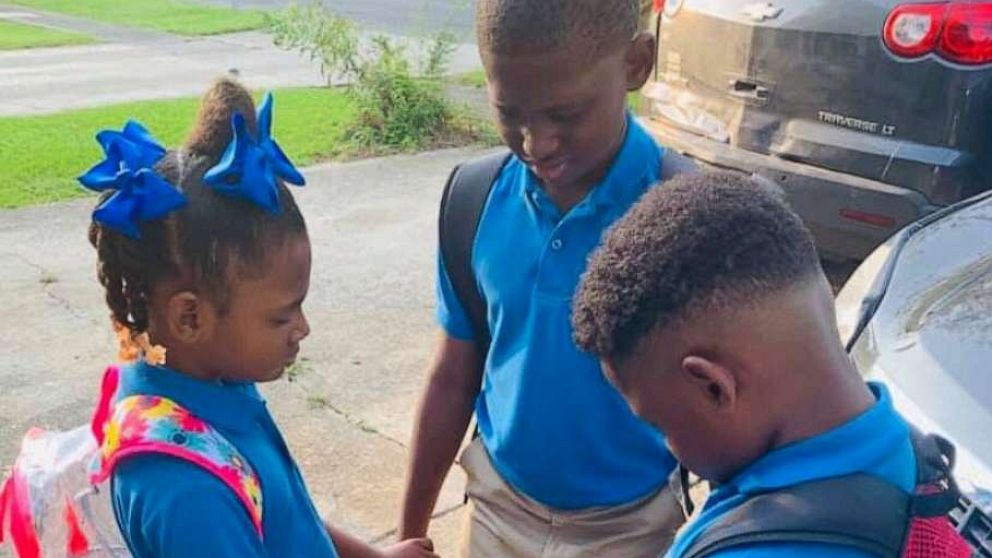 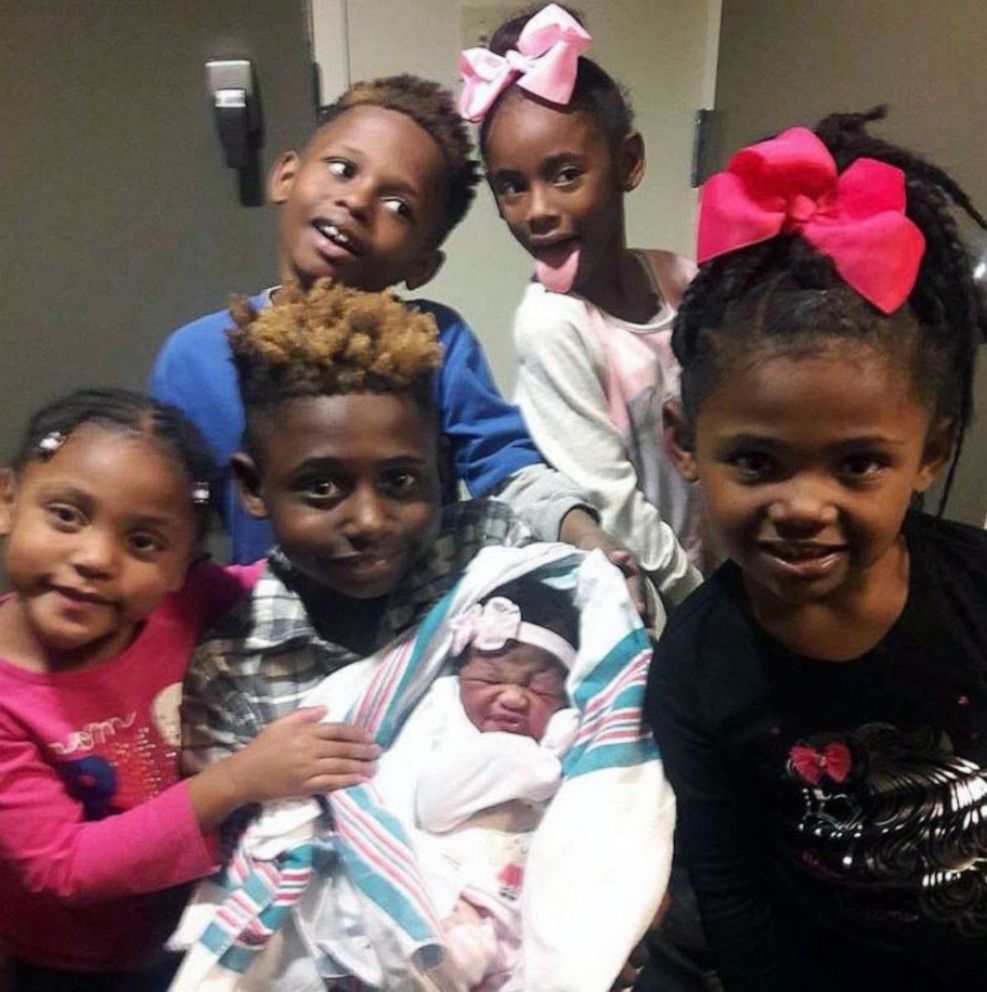 "I don't know if words can explain how thankful and grateful we are to have people who don't know us help us out," Harris said. "You think there's hatred in the world and people don't care. It really shows me that people [do] care."

Harris said she hopes to hang the prayer photo on the wall of their new home someday.