It may seem obvious that once schools are closed, play dates should end too. After all, kids can spread germs within any four walls.

Still, parents not sure what to do with their children now that they're home all day every day might be tempted to get together with "just a few friends." But the American Academy of Pediatrics warns against it.

Dr. Sean O'Learly, a member of the American Academy of Pediatrics committee on infectious diseases, told "Good Morning America" in-person get togethers are discouraged. Playgrounds, he said, are also not a good idea.

So what are kids missing their friends to do? For older kids who have smartphones and already live much of their lives on social media, the lack of in-person contact may not have the same effect as on a kid who is plenty old enough for true friendships, but not old enough for a phone.

Think of Facebook's Messenger Kids app as "social media training wheels." Designed for kids ages 6-12, which can be downloaded using a parent's Facebook account, it's a good option for the pre-smart phone crowd. 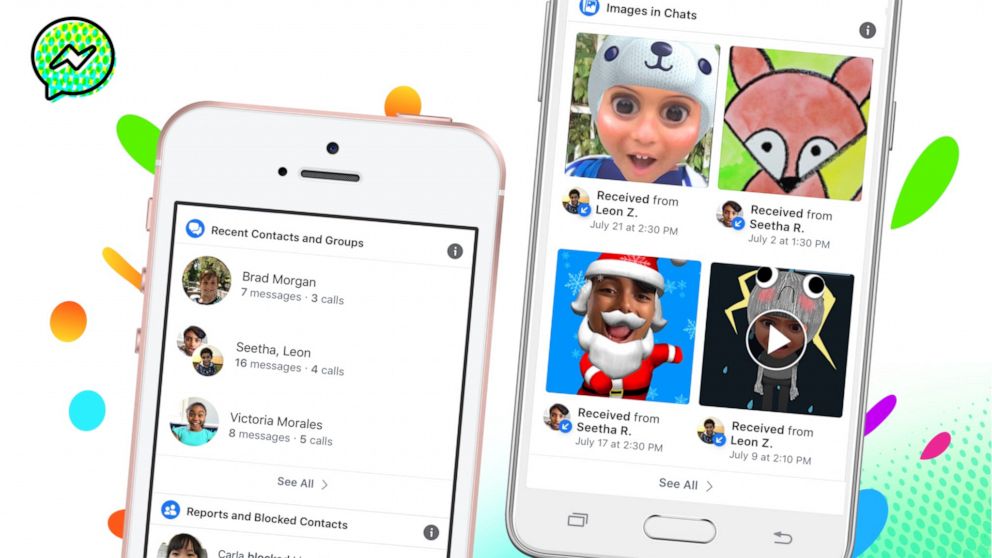 Carly Yoost, CEO and founder of Child Rescue Coalition, told "GMA" in the last month that she thinks "Messenger Kids "does appear to be safer from predators than other apps like Instagram, Snapchat and Tik Tok. Parents have to approve all contacts, there are stronger filters for inappropriate content, and the child accounts are not visible on the parent's Facebook account."

MORE: These are the hashtags putting your child at risk on social media, experts say

My own daughter, 8 and in 3rd grade, was allowed to download the app to her Amazon Fire on Thursday. First impressions from an anti-social-media parent: She's having the time of her life connecting with the friends she's missing so much. Because the account is controlled by me, I get an alert every time her friends send a message - mostly stickers, emojis and adorable updates on what they're doing each day. Four of her friends also downloaded the app and the five girls are in a chat together. I had to turn off the notifications because their excitement and the resulting chatter was so frequent.

It's normally used in business for video conferences, but Zoom can come in handy for kids too.

Meghan Ely in Richmond, Virginia, already used the program for her job as a wedding industry publicist.

So when her first grade son's school closed, Ely wanted to keep a favorite classroom tradition alive: Mystery Reader. Every morning at 10 am, about 50 parents who have singed up will take turns reading to the kids.

"When the reader comes on, I select 'spotlight video' and they are the main person," Ely told "GMA." "Goes on for about 15 minutes and then I record and share in the private group for kids who missed it."

The whole family can join the fun, and so far it's been "an absolute blast."

"My husband did the first one and he went bananas. Best part was the end when we all un-muted and the kids all started saying hi to one another- a few even remembered it was other kid's birthdays on the call and were sure to say it."

For the youngest kids missing their playgroup friends, video exchanges are a simple, safe and supercute way to keep in touch.

First, set up a group text with the parents of the kids. Next have each child take a turn making a video for their friends in the group. This can also be done on a one-to-one basis if your child has a special friend they're really missing.

If each child makes a video, the kids will still see lots of familiar faces, even if they have to distance themselves physically.