One Ohio preschool teacher was able to make an annual tradition a very special moment for her students and their families amid social distancing.

Fairborn Primary School teacher Sarah Key said she wanted to mark a special occasion for her students. Every year, she is typically in charge of organizing a district-wide preschool graduation that celebrates the children, according to Key. 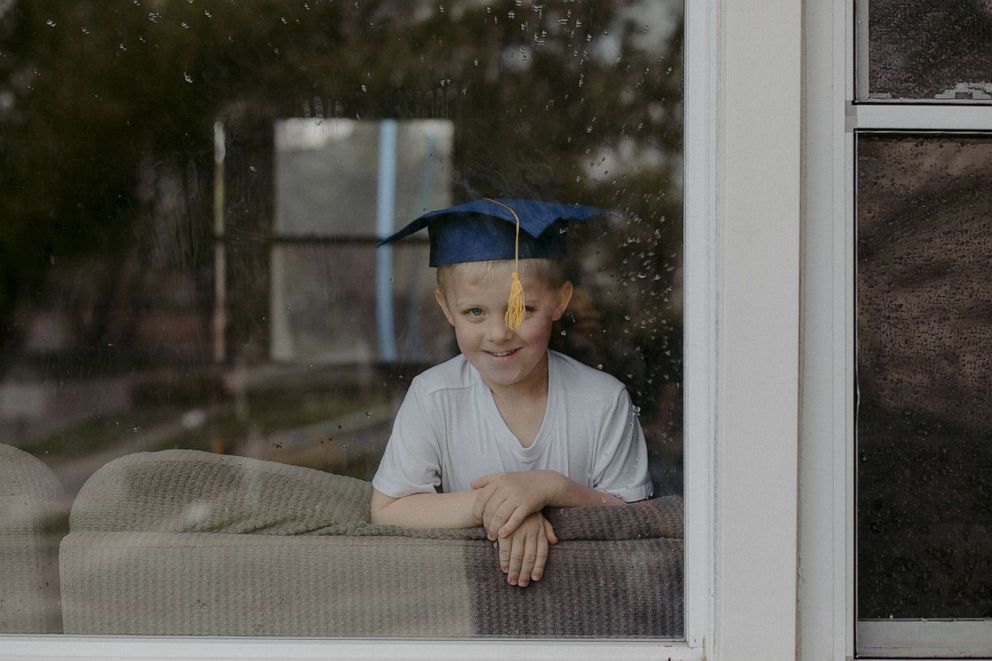 “As a preschool kid, I’m sure it’s really hard to understand why you can’t go to school, why you can't see your friends. I just wanted to give them some sort of normalcy,” said Key, who decided to figure out a way to safely have a socially distanced ceremony for each of her 13 students.

Key said she reached out to her friend Melissa Bautista, who is a part-time photographer, to see if she could take graduation photos.

“[Melissa] said, ‘You’re not going to believe this,’ but her friend [is] a huge photographer in New York and is staying with [her] because of the social distancing,” said Key.

Eryc Perez de Tagle, lifelong friends with Bautista, is a well-known wedding and lifestyle photographer in New York City. While between apartments, he’s staying with Bautista and her family in his Ohio hometown. 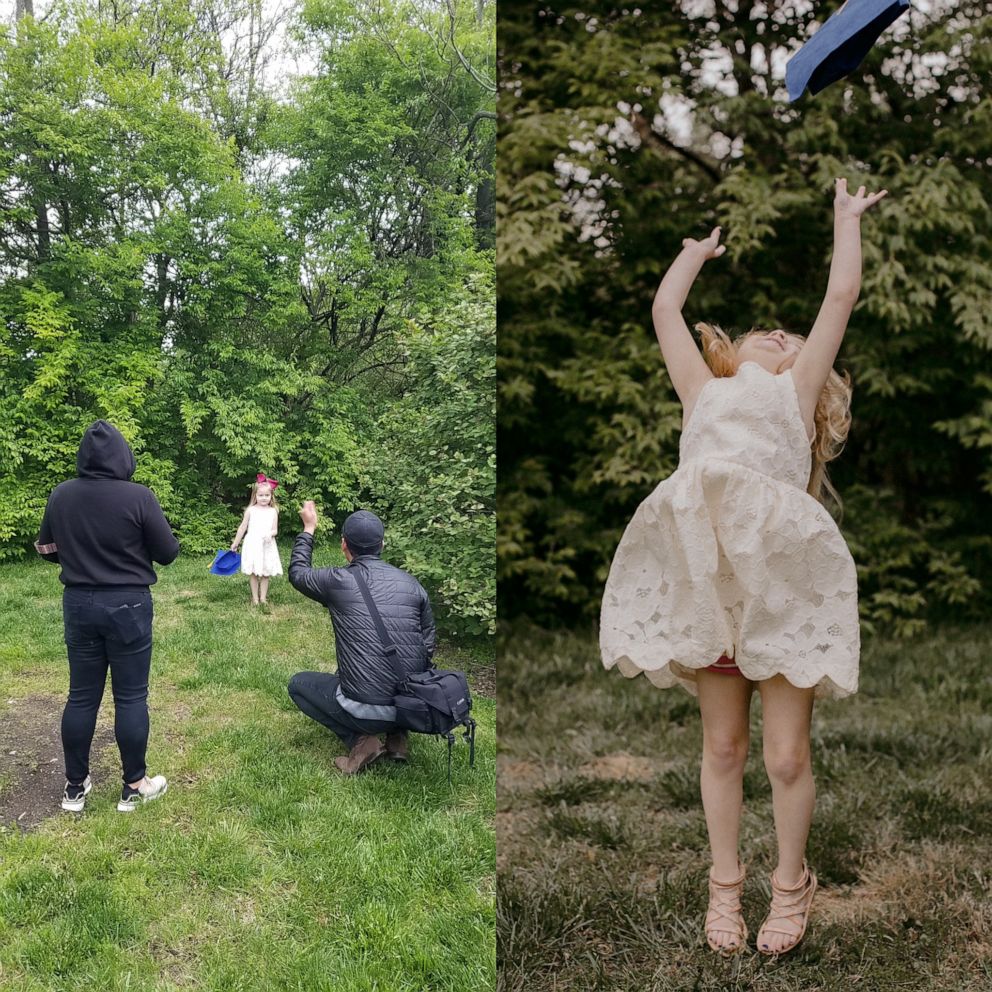 Courtesy of Eryc Perez de Tagle and Sarah Key
Behind-the-scenes of a graduation cap throw for one preschool student in Fairborn, Ohio.

“When I heard about [the graduation], I was like, ‘Oh, this is going to be amazing and I think we can be able to tell a really cool story about the kids and sheltering in place,’” said Perez de Tagle. “[We wanted to make] this really cool, beautiful imagery around graduation and the children embracing quarantine.”

On May 11 and May 12, with the help of Bautista, Perez de Tagle and her teaching assistants, Key organized 13 individual 30-minute graduation photo shoot sessions for the students and their families. 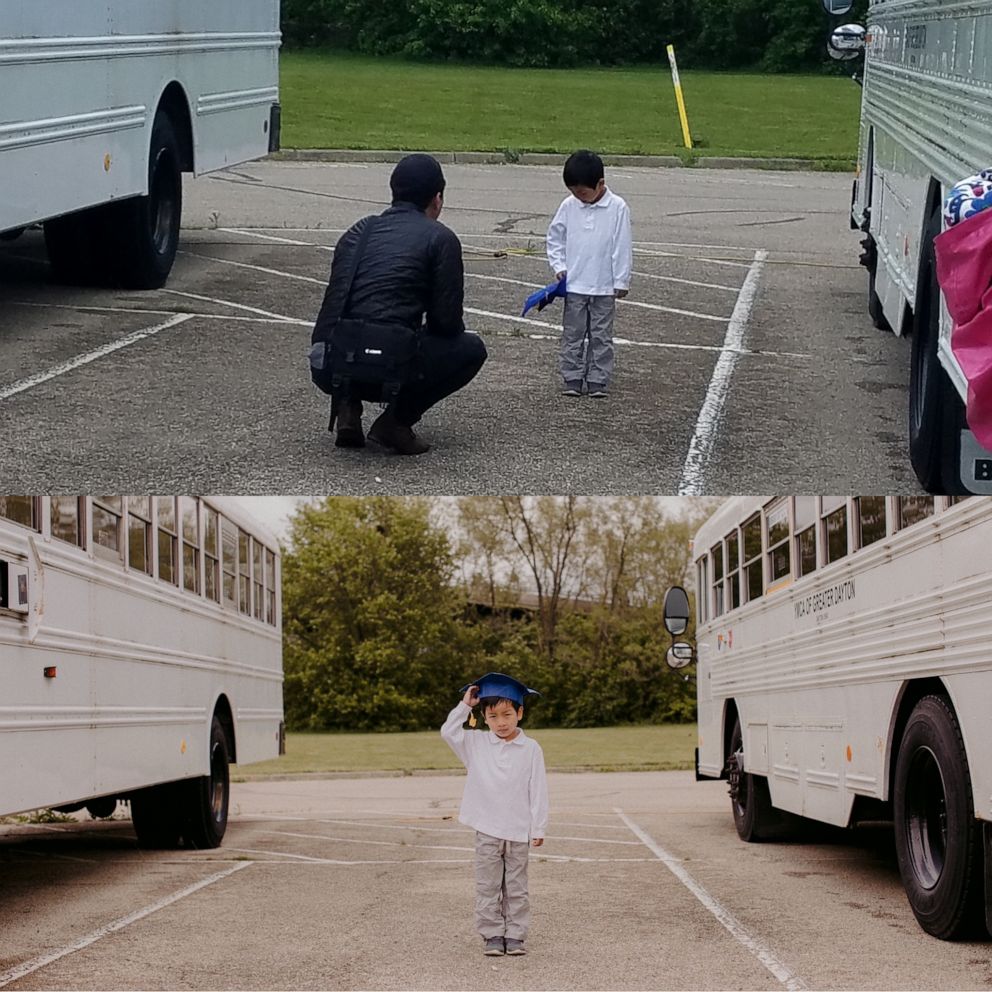 “We would go [to the shoot], and Sarah brought a gift bag with a balloon and a graduation cap,” said Perez de Tagle. “All the kids were just so excited to see her.”

And what resulted from the visits were small but mighty graduation photos capturing the intimate ceremonies. 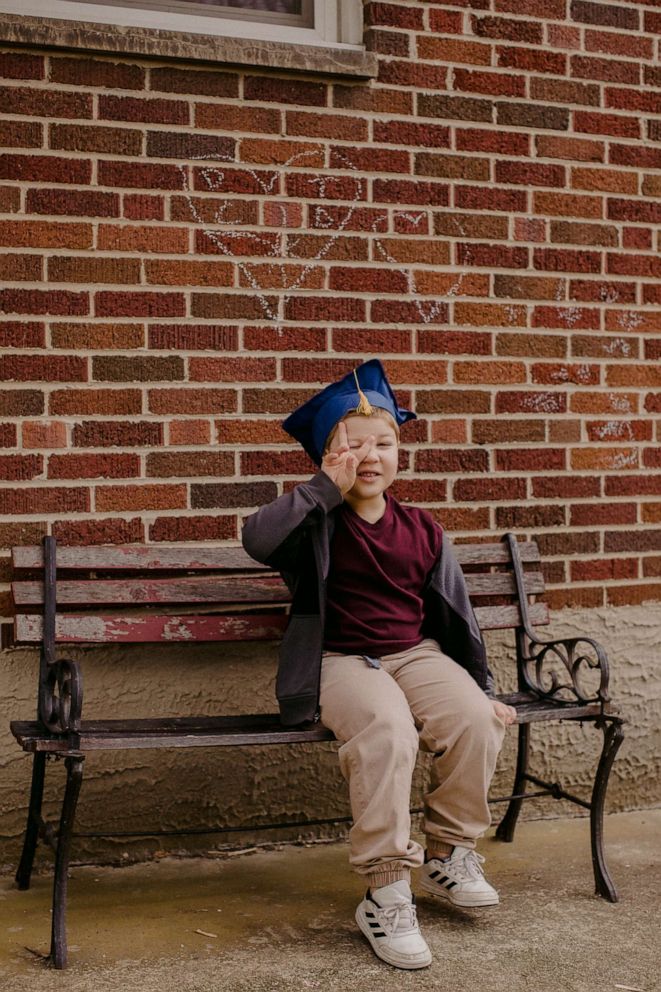 Courtesy of Eryc Perez de Tagle
A student poses on a bench in a graduation cap in Fairborn, Ohio.
MORE: Watch the moment college students learn anonymous donors have paid off their student debt

“I was thinking it was just going to be a quick little photo, but they went above and beyond,” said parent Amanda Tassy, whose son’s name is Jordan Downing. “My son is really attached to [Sarah] ... when he saw her and the other teachers, he just had the biggest smile.” 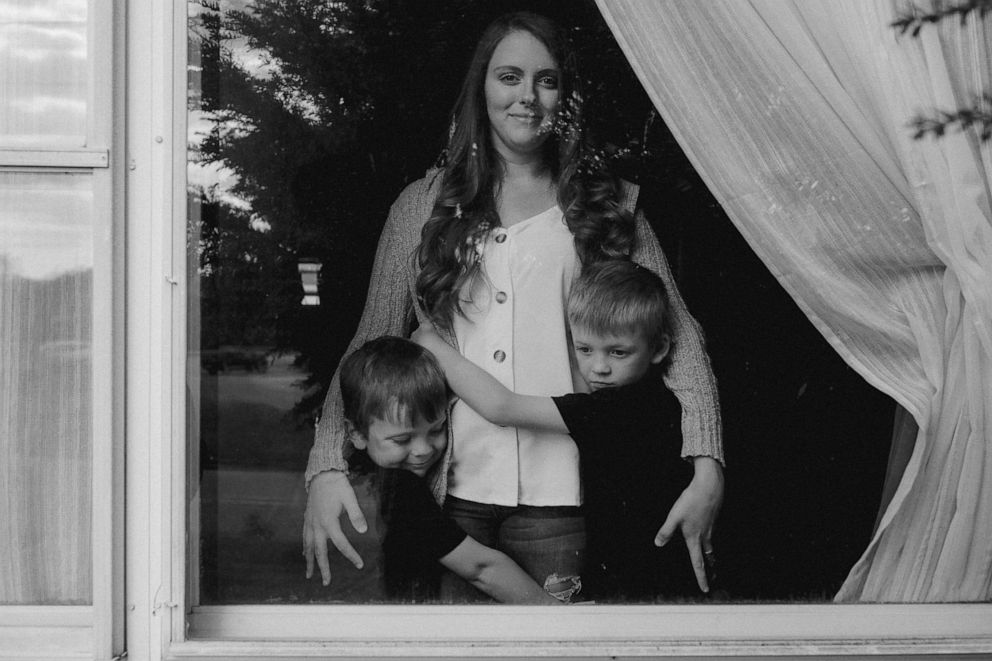 Safety was an important aspect of the shoot and photographers and teachers stayed six feet apart and wore masks, according to Bautista. The shoot was free to all families but donations were collected with a portion going to a local food bank in Dayton, Ohio, said Perez de Tagle.

“To see the smiles on their faces, it is so priceless,” Key said, while tearing up. “I just wanted to make a special moment for my kids and their parents.”