By Sha Spencer
Share —
Sign up for our newsletters to get GMA delivered to your inbox every morning!

With the new reality of virtual celebrations setting in due to the COVID-19 pandemic, the Class of 2020 and their families are finding new and creative ways to celebrate their accomplishments.

Gabrielle Pierce, 23, was set to graduate from Xavier University of Louisiana on May 9, but that all came crashing down when the university sent out an email canceling commencement.

MORE: Twins accepted to 38 colleges with $1M in scholarships hope to become nurses

“I was really upset because I felt I deserved to walk after all the hard work I went through to try and get my degree,” Pierce told “GMA”.

But Pierce’s father, Torrence Burson, had another plan up his sleeve.

“After seeing my daughter on the couch, after seeing the email she had got that graduation was canceled, it hurt my heart to see her crying and so upset,” Burson told ”GMA.” “That went on for four or five days to almost a week. I remember going to bed one night and woke up in the middle of the night with the thought that I was going to bring the graduation to the driveway.”

He set a plan in place to order the stage, podium, and other graduation regalia from a local convention center rental company and got to work on getting the driveway of their home in Memphis, Tennessee, prepared for the big day. Once in motion, the stage and other decorations took about two hours to get set up, and he didn’t stop there. 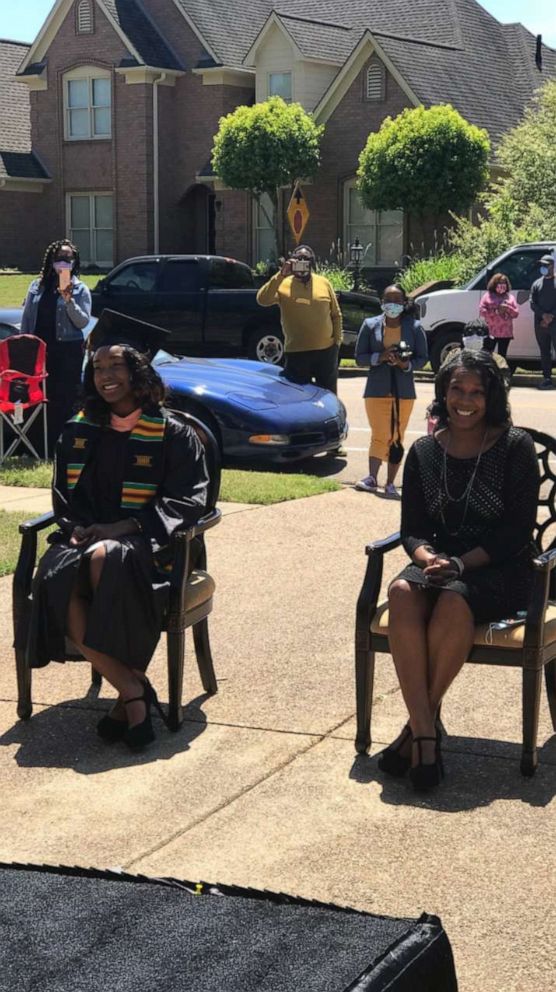 “Early that morning, on Saturday, I told Gabby we were going to have to practice because every graduation has practice,” Burson said. Pierce admitted to being skeptical about the entire graduation when her father told her he was going to build a stage and put it in the driveway.

“I just couldn’t believe that it was so large -- I didn’t think that there was going to be a podium or banisters and all of that. It was just amazing to see everyone out there and to see the stage and for everyone to celebrate me,” Pierce said. She was so surprised when she walked out to the driveway to the traditional “Pomp and Circumstance” graduation song and found her family members waiting for her.

MORE: Fitz and the Tantrums perform for graduates on ‘GMA’

“I was just like, Are you serious all of this is for me? This is huge. It was amazing to see how I went from not being so ecstatic and wondering how it was going to go, to being overwhelmed with joy at the end of the day,” she exclaimed. 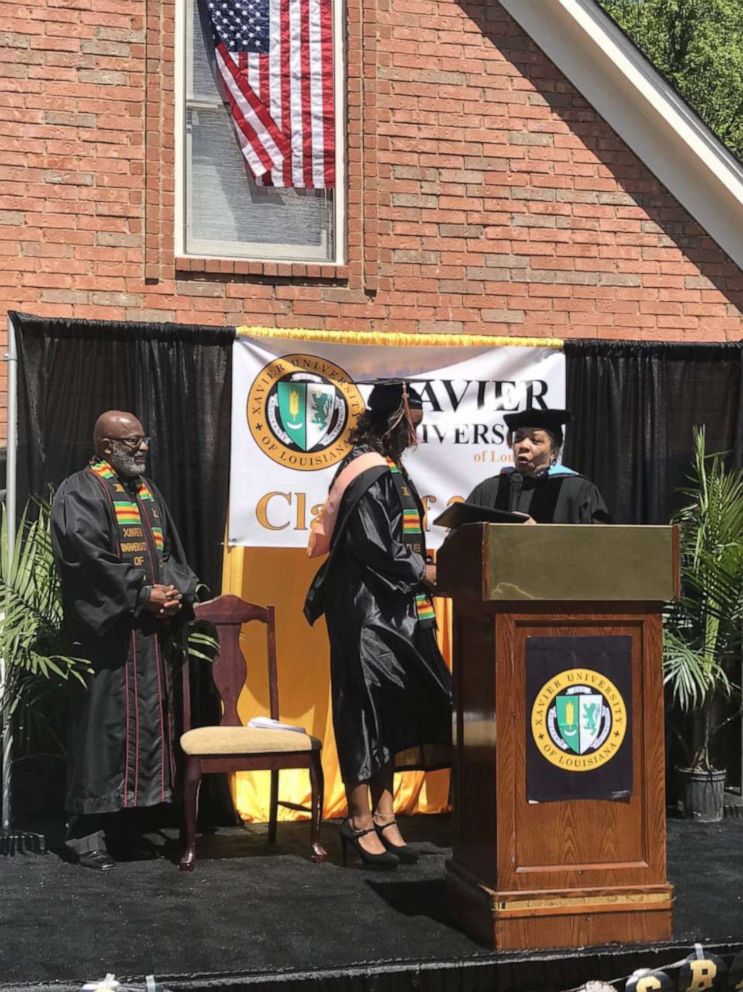 “They were pulling out chairs just to sit next to us, but keeping their distance and it was overwhelming at that point. When the national anthem started playing those that were sitting down actually stood up, and some of the Veterans saluted,” Burson recalls. Cars driving by their home even stopped to watch the ceremony and shout their congratulations. 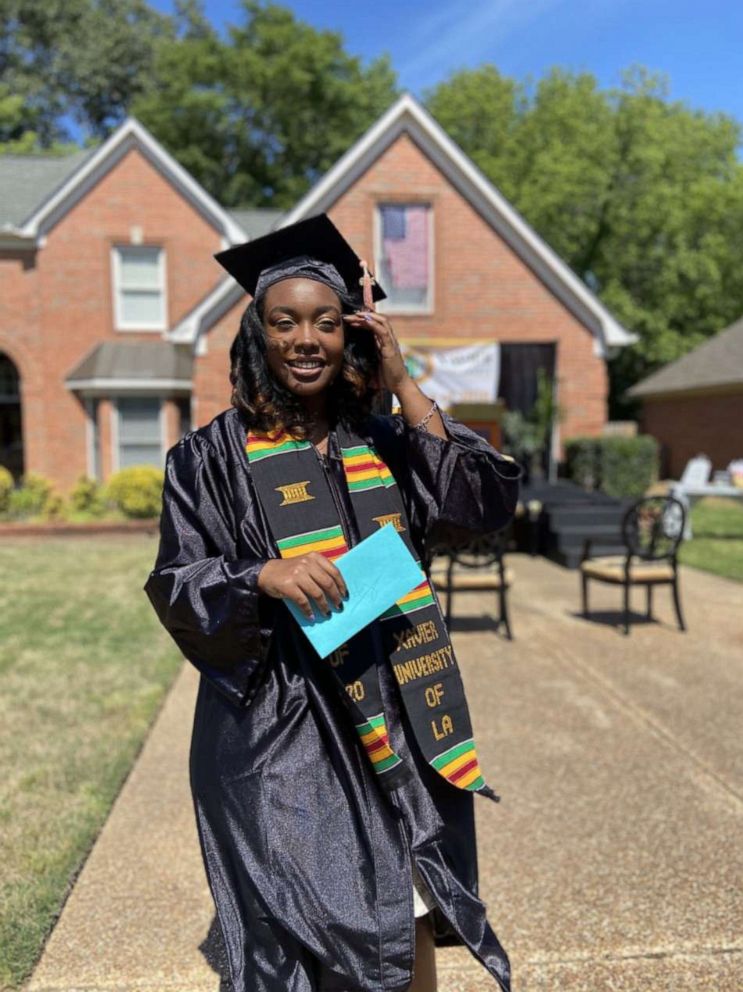 Pierce, who graduated with a bachelor's degree in public health science, plans to join the Army National Guard and then pursue a masters degree in epidemiology. Her ultimate goal is to work for the Centers for Disease Control and Prevention as an epidemiologist.

Xavier University of Louisiana will hold a virtual commencement on May 23, which Pierce will participate in.

As for the rest of the Class of 2020, Pierce says, “Stay strong, follow your heart and follow what you want to do in life because, ultimately, what makes you happy will make your life better, you better, and any person that is a part of your life better. Don’t force anything that you don’t want to do, do it because you want to.”