A set of twins who have been awarded $1,000,000 in scholarships and were accepted into 38 schools have already set their career sights on becoming nurses.

Arielle and Arianna Williams will soon graduate from Dr. Howard Fuller Collegiate Academy in Milwaukee, Wisconsin. The 18-year-olds told "Good Morning America" that their late nights studying paid off, as they'll graduate the top of their class.

"My school played a big part -- they nurtured us to college," said Arielle Williams, who is older by two minutes. "Even though we shut down, its never stopped. Mentors reached out calling, texting, whatever it takes."

Arianna Williams holds a 3.77 grade point average with Arielle right behind her at 3.76. 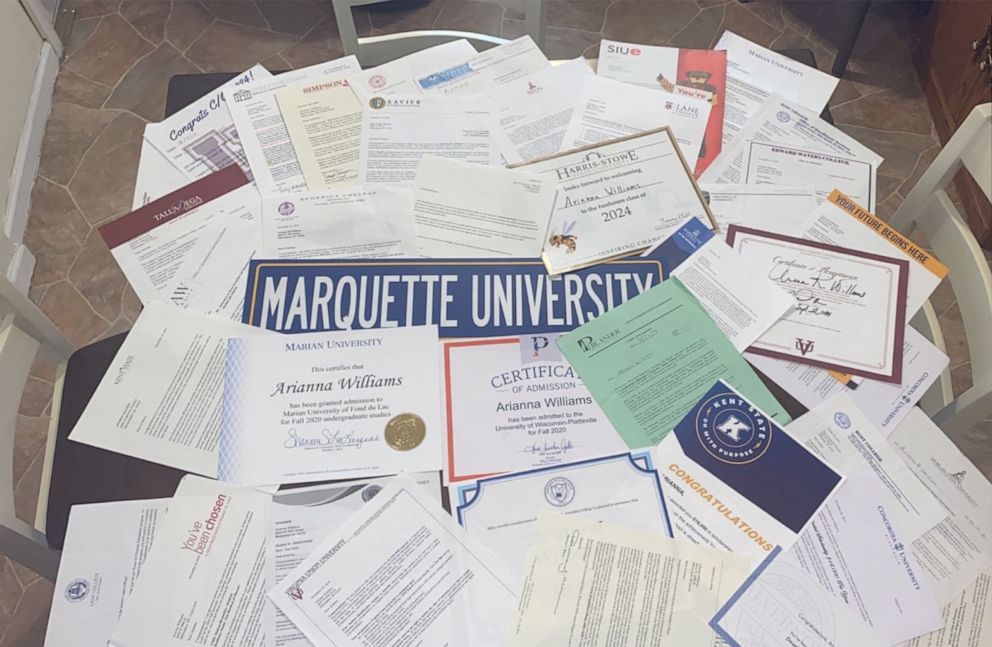 "We are very proud of Arielle and Arianna and the Williams family," said principal Judith Parker. "We are excited to support our scholars to and through college, and we instill in them that every child has the potential to learn, achieve and to be great."

Arielle and Arianna are also involved in several extra-curricular activities including the Black Student Association and community cleanups.

In between school activities the girls hold part-time jobs in retail.

For fun, Arianna added, they take trips to the mall, the movies and swimming.

"Me and my sister participate in everything together.," Arianna said. "We always make sure we sign up for the same thing." 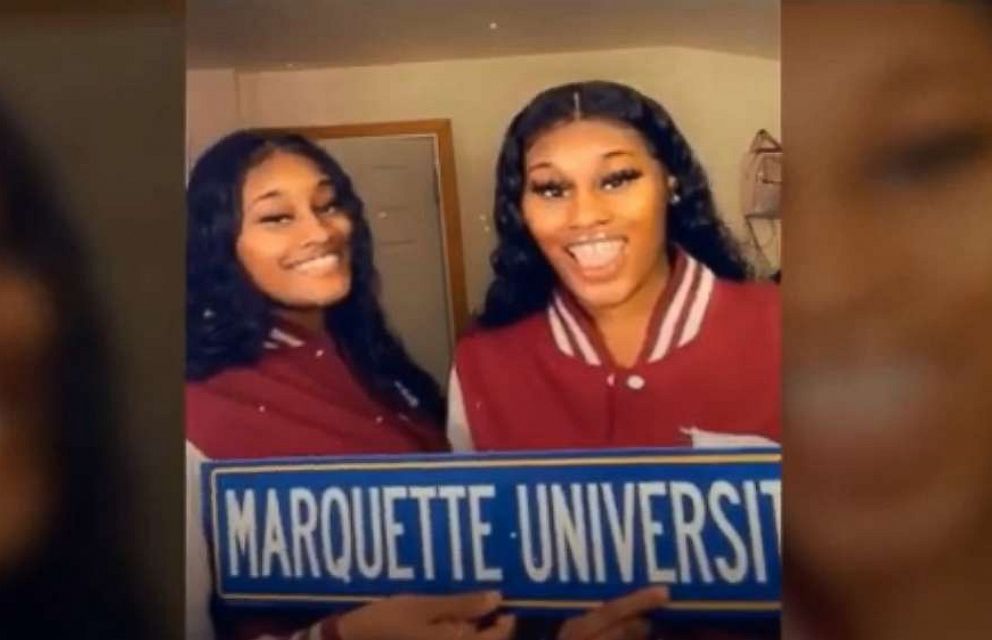 Dr. Howard Fuller Collegiate Academy
Arielle and Arianna Williams, 18, are involved in several extra curriculars including the Black Student Association and community cleanups. The twins were accepted to 38 colleges and awarded $1 million in scholarships.

Arielle said she and her sister have both decided to study nursing since caring for their father who was ill with pneumonia and experienced a stroke.

"With this pandemic going on, I know that nurses are really needed," Arianna said. "They're on the front lines saving lives. I want to be apart of that."

Arielle said, "I feel like I have the heart for it."

When it came time to apply for colleges, Arielle and Arianna sent applications to 38 schools. They were both accepted to all 38, including Marquette University, Xavier University and Kent State University. 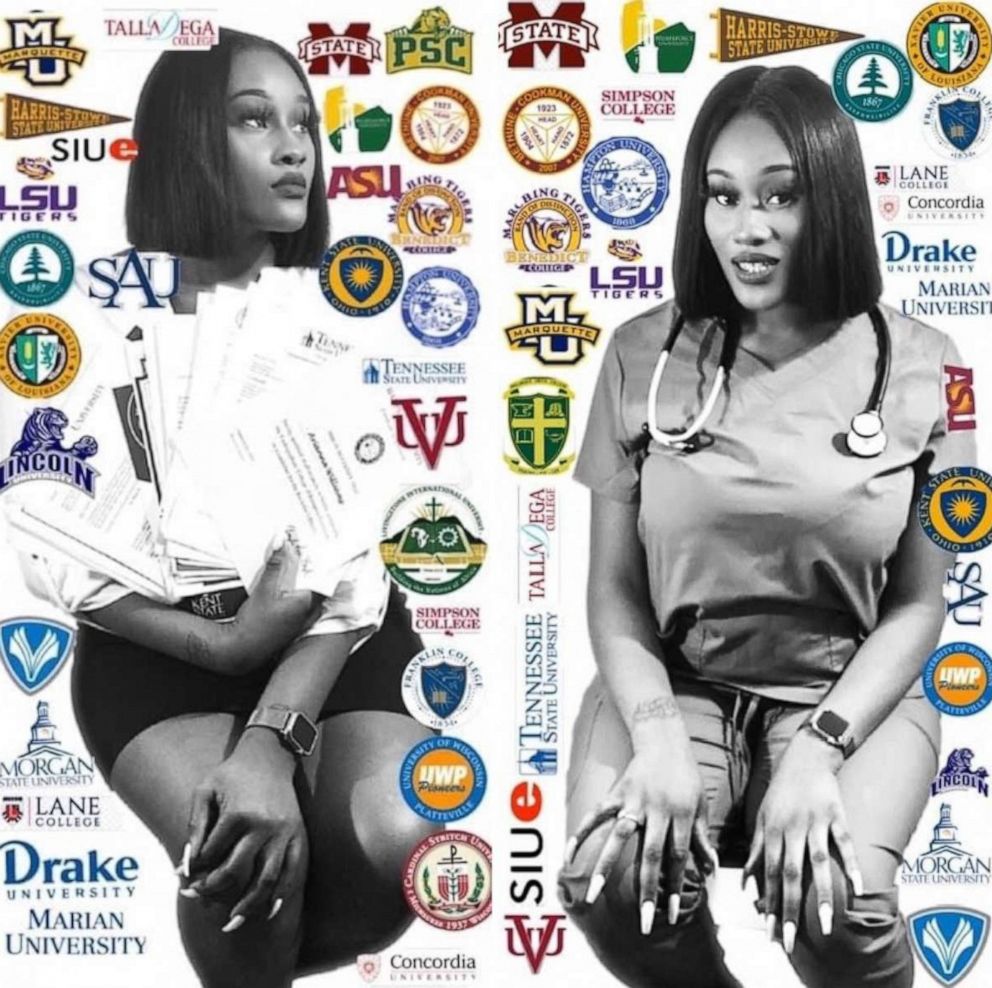 "I don't come from a wealthy family so I always wanted to do something to become successful and make my family proud," Arianna said "I don't have any other talents. I felt like if I did really well in school, this could be what makes me special. I could show how awesome I am through my education."

"Then if i know if i did my best, I would have a free education," she added.

With monetary awards, Arielle and Arianna hope to graduate debt-free. 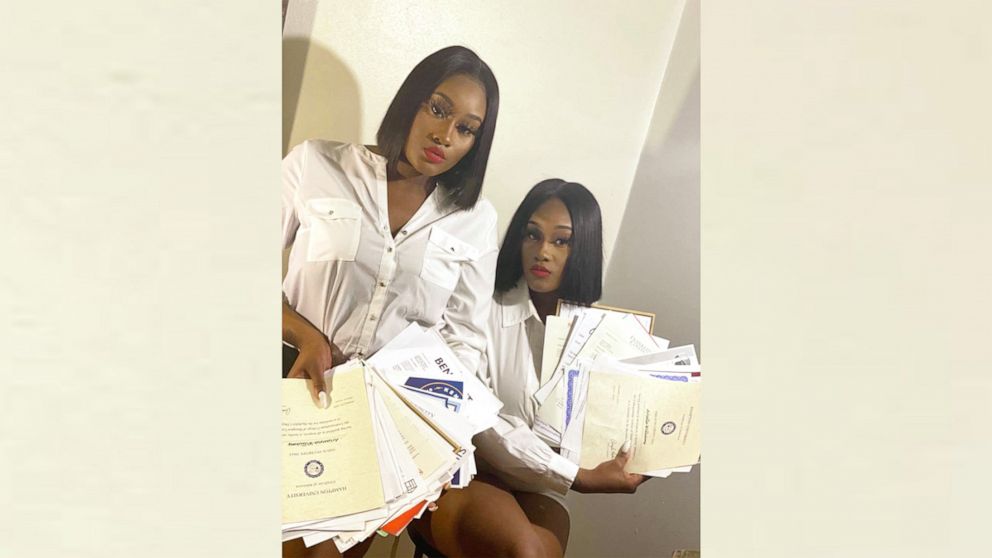 Their advice to young people is to work hard in your education, and you'll surely get noticed.

"Don't think it could never be you. It can be you," Arianna said. "You never know who's watching."