A pair of identical twins shared the honor of being named valedictorian as they received diplomas from their Chicago high school.

On Saturday, Tia and Tyra Smith accepted the highest academic title at Lindblom Math and Science Academy in West Englewood, Illinois. The 18-year-old sisters graduated with 4.0 GPAs -- each of them acing 12 Advanced Placement courses.

"I was glad it was both of us," Tyra Smith told "Good Morning America." "We really worked together in order to be where we were. It was the last thing we could do together in school before we have to leave each other."

It's no secret that Tia and Tyra Smith worked hard for their achievements. The teens credit their successes to frequently attending office hours and communicating obstacles with their teachers. 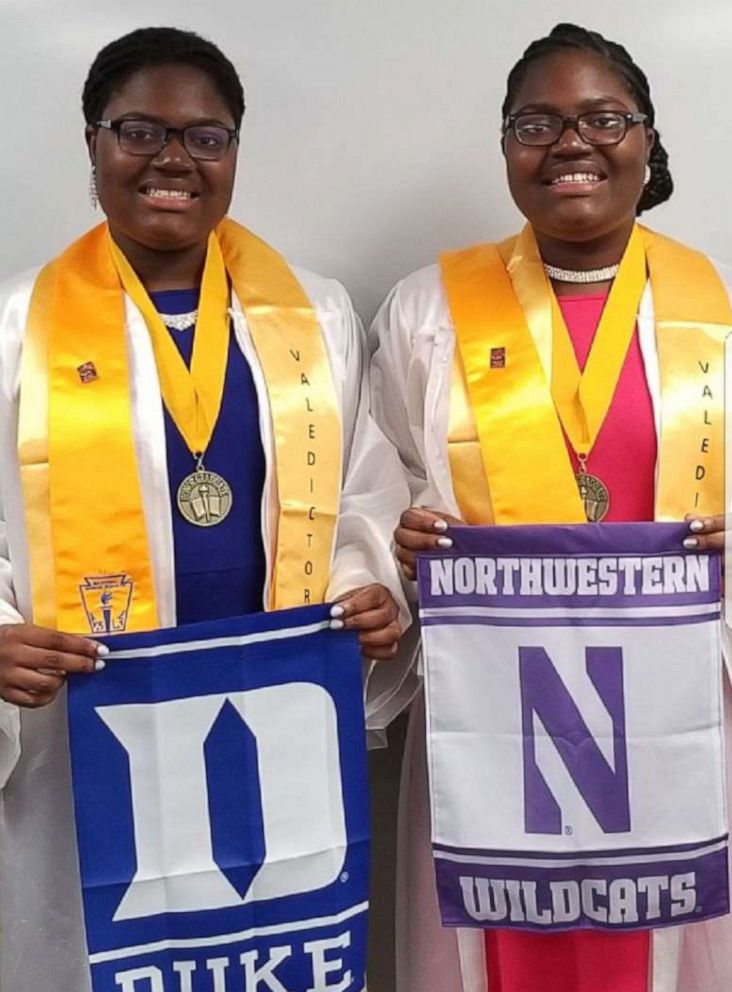 (MORE: After being in foster care, graduating senior shares advice on perseverance: 'Someone out there thinks you're strong, beautiful, wonderful and successful')

Both were involved in the gallery club, where they collected art from fellow students to display at events.

Besides a high grade point average, the girls share a love for crocheting and theater. Tia and Tyra Smith will both major in theater in college, they said.

"Theater 1 has been the most rewarding and the most influential in shaping the person I am today," Tia Smith said. 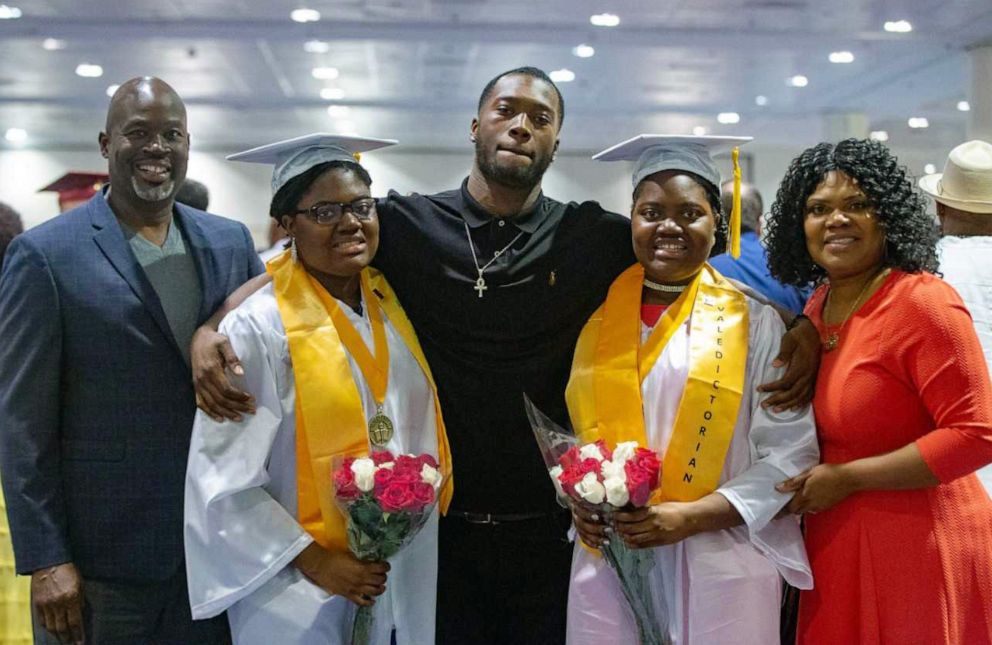 In exercising their passion for screenwriting, the sisters were proud to have collaborated with health care company Baxter International this year to create a community awareness campaign for kidney disease. This involved writing a spec episode of the show "Black-ish" and presenting their project at Illinois' STEM Challenge Showcase.

In the fall, Tyra Smith is off to Northwestern University to study theater and economics while Tia Smith will attend Duke University studying theater and statistics.

At graduation, Tia and Tyra Smith delivered a combined speech to staff and their class of 295 students. 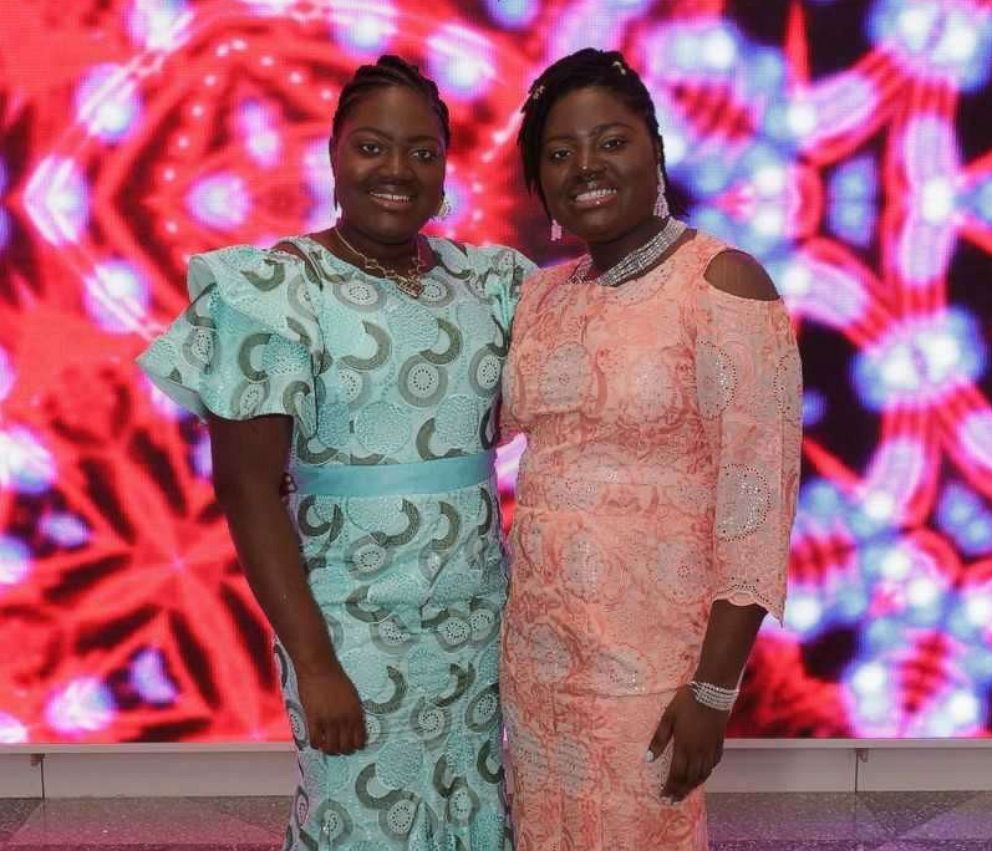 Courtesy Lemi-Ola Erinkitola
Identical twins Tia and Tyra Smith both shared the honor of being named valedictorian as they received diplomas from their Chicago-area high school.

"Their achievement did not come as a surprise because we've been working with them at a very early age," said Erinkitola, an educator and owner of a tutoring and consulting practice called "The Critical Thinking Child." "We made sure we built foundational skills in both reading and math."

"Typically what we've seen is one valedictorian," she added. "I was glad because they're going to separate colleges and it put a nice, finishing touch on their years together academically. It was very, very emotional and goes beyond just the title. It was the fact they can share that platform together and a memory they can carry throughout their journeys in life." 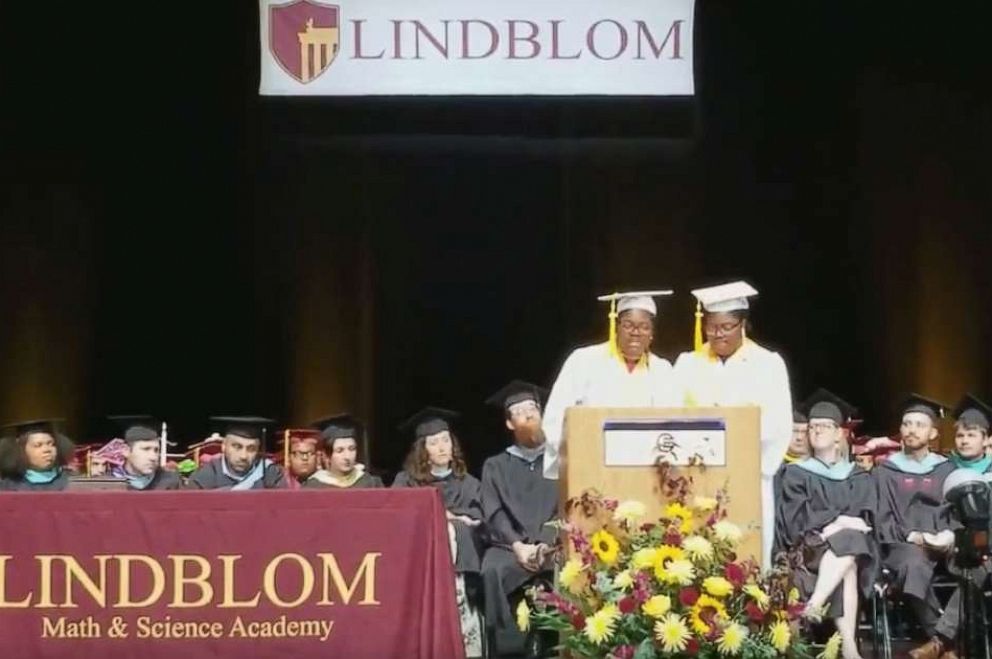 "They have been dedicated since they entered the doors to our academic program," Carpenter told "GMA." "We only have all honors and AP classes, so for them to go this [far] is extraordinary."

Neither sister knows what career path they'll take just yet, but they do know what they want out of life. 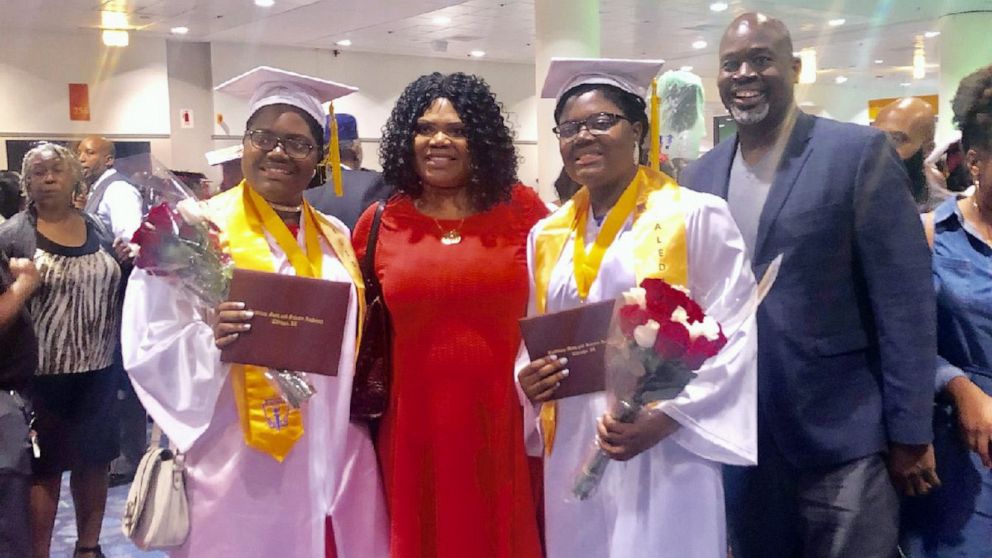 "I know that I want to be happy," Tyra Smith said.

Tia Smith has a bullet journal where she lists her future goals.

"The first thing [is] write, draw and edit a comic book series," she said. "Second is direct at least one August Wilson play. [Then], own a theater, and make theater more accessible."