Tonight, one 18-year-old will deliver his valedictorian speech as the first-ever African American male ever to do so at his Georgia high school.

Rawlin Tate Jr., a student at Woodland High School in Stockbridge, is graduating with a 4.7 GPA. The impressive senior is the first black male to hold the highest academic title at his school since it opened in 2007.

"The title, I don't think about it that much," Rawlin Tate Jr. told "Good Morning America." "I know it's significant, but I've just been doing what I've been doing [throughout] my schooling."

"I see it as a benchmark for other males and not only at Woodland, but at other locations," dad Rawlin Tate Sr. told "GMA." "Rawlin succeeded in extra curricular and academics. This is the opportunity for other men to [say], 'Hey, being smart is OK.'" 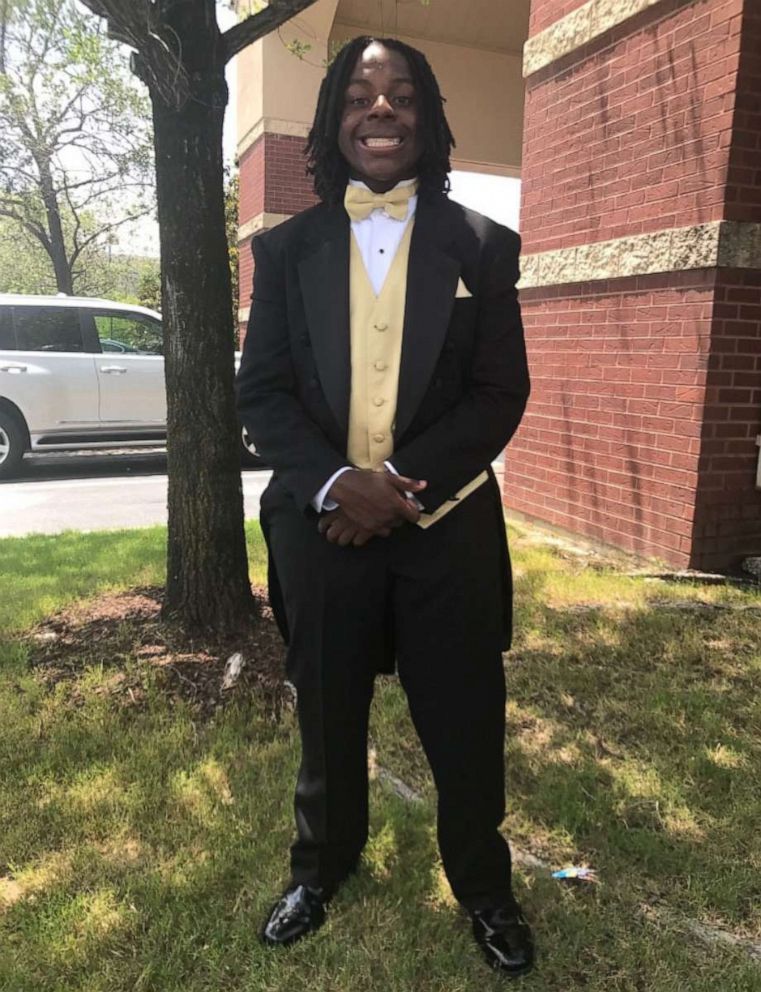 "He is brilliant, talented, a musical genius and is one of the most well-rounded students that I've ever had the opportunity to work with," Ellis said.

He received more than $1 million in scholarship offers and was accepted to all 14 schools he had applied for including Louisiana State University, Morehouse College, Ohio State University, Georgia Institute of Technology -- to name a few. 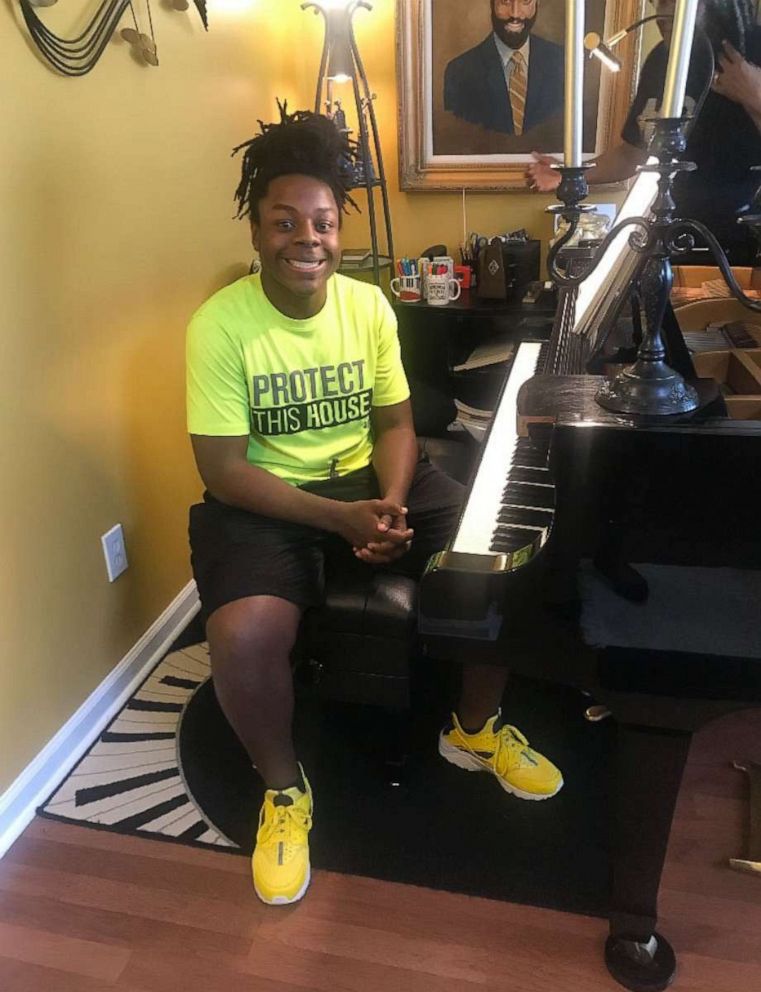 "I'm glad that he is able to be an example to others," mom Marion Tate told "GMA." "We're just proud of him and glad that he is in this position. He has worked very hard and is very deserving of it."

Rawlin Tate Jr. offered the following advice to high school students on how to reach success... 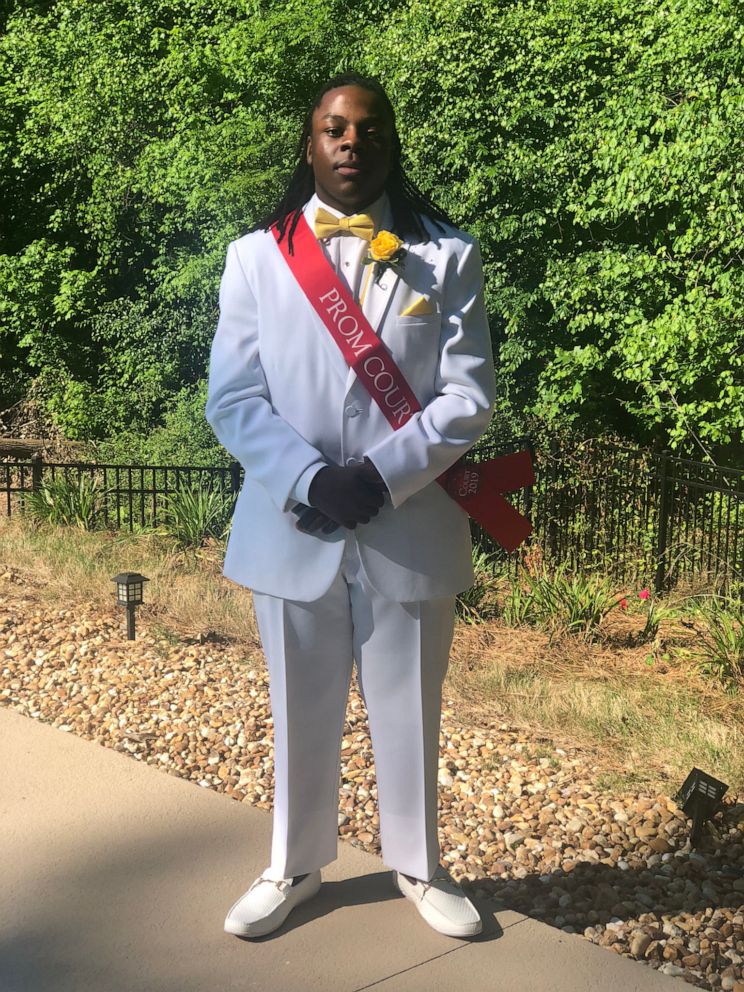 Do your work on time
Even if you particiate in extracurricular activities, get your homework done immediately so you are not tempted to procrastinate, he said.

Don't be afraid to ask for help
Talk with your teachers and sign up for tutoring. 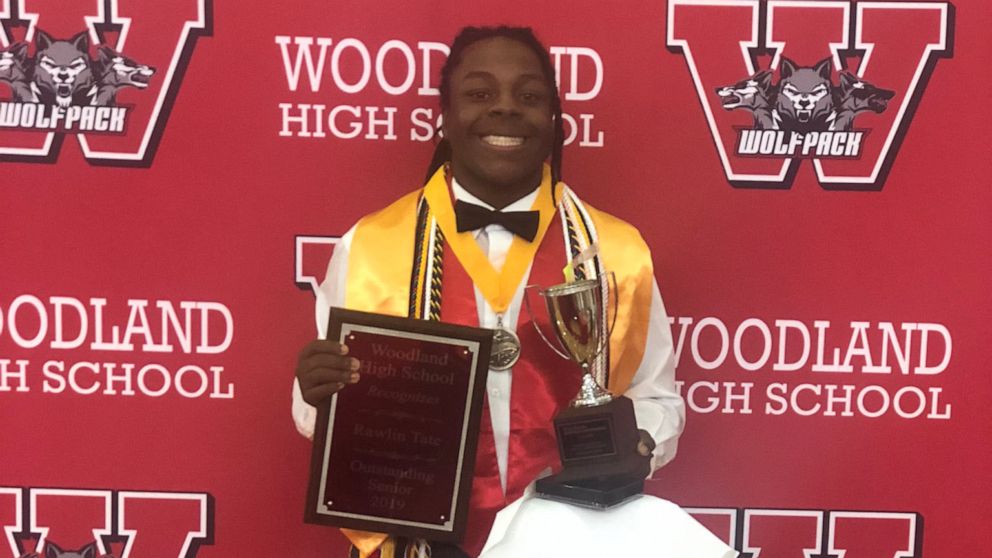 Courtesy Tate Family
Rawlin Tate Jr., 18, has been named the 2018-2019 valedictorian of Woodland High School in Stockbridge, Georgia. Rawlin is the first African American male to hold the title at his school.