A beloved custodial worker received a special surprise last week, when staff and students made him "King for a Day" at his farewell retirement party.

John Lockett, aka Mr. John, cried tears of joy when he was greeted by 685 kids at Sand Hill Elementary School in Carrollton, Georgia. The 83-year-old has been a janitor for more than a decade after previously having a career in construction.

"He was so surprised that he just cried with the kids," principal Carla Meigs told "Good Morning America." "It was so sweet. He is a very humble, hardworking, just dedicated to the job. He is as good as they come." 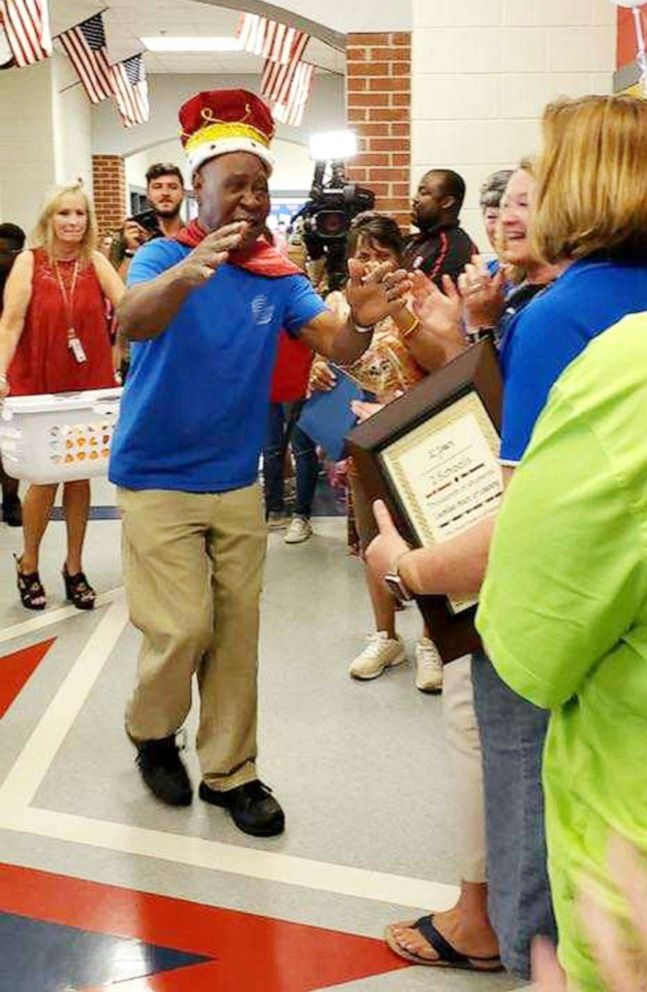 Mr. John will officially retire on May 24, but the school threw him a retirement party one week early. Mr.John's wife of 25 years, Annie Lockett, was in on the surprise.

Meigs said the children gave him a crown, a cape and informed him it was "Mr. John Day."

"It was the perfect day to celebrate him and make it about him," Meigs added. 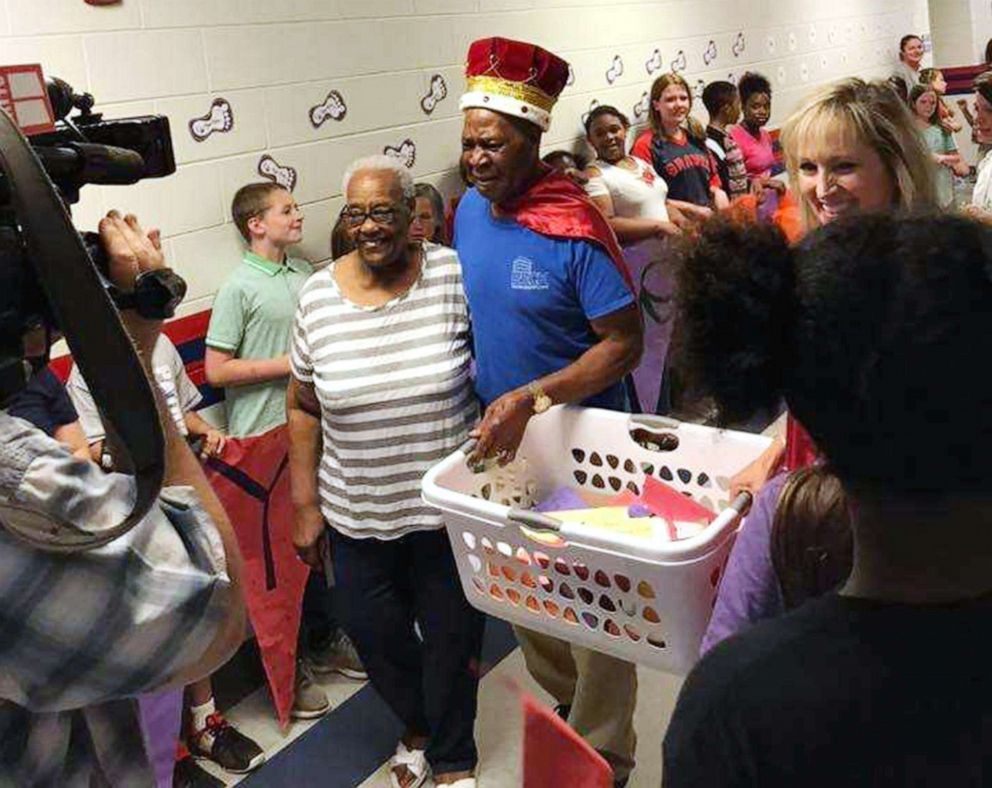 Sand Hill Elementary School
John Lockett, 83, has been a janiotr for over 10 years after a long career in construction. 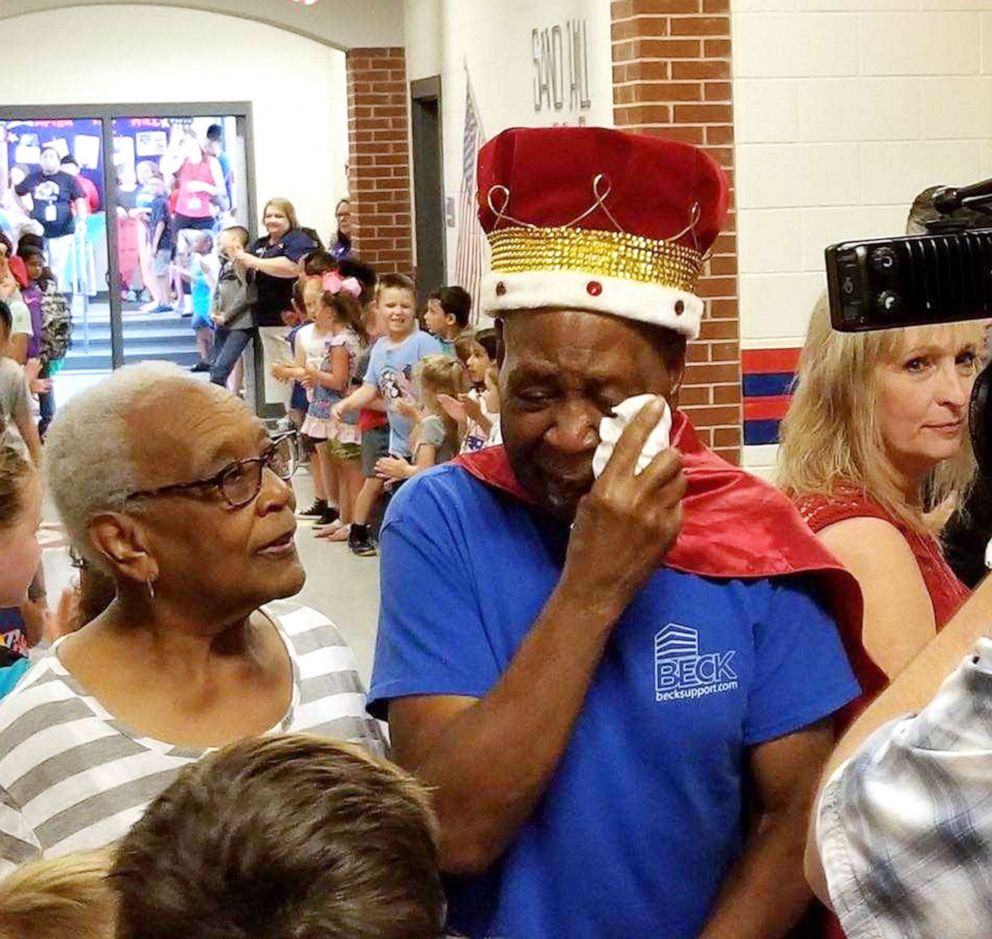 Mr. John told "GMA" that he just "loves the kids."

"This school means so much to me," he wrote in an email. "I really love my job, it is for the kids." 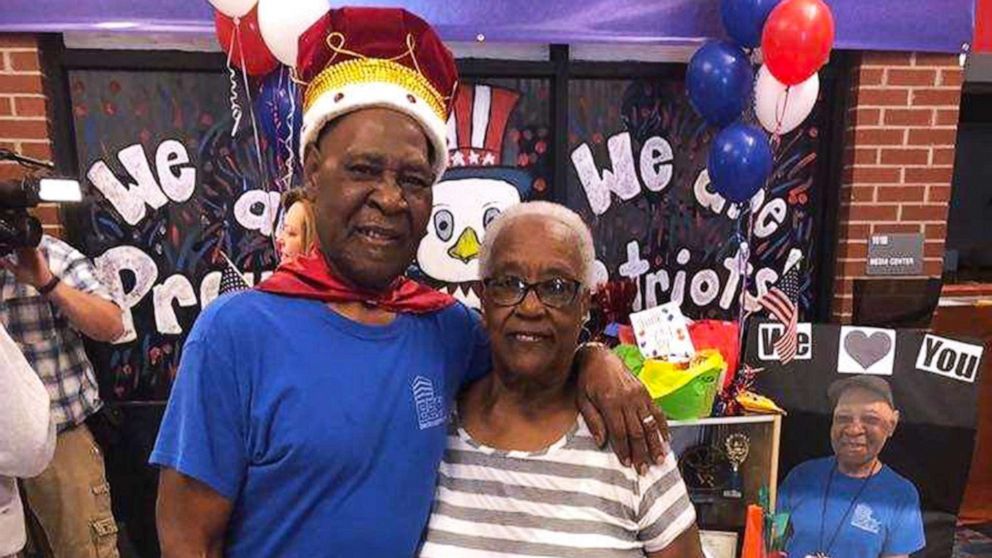