By Brian O'Keefe, Catherine Thorbecke
Share —
Sign up for our newsletters to get GMA delivered to your inbox every morning!

A U.S. Marine who was left quadriplegic after sustaining sniper wounds in Iraq welcomed a miracle baby girl against all odds, with the help of a New York City doctor whose own father was paralyzed from military service.

"I always knew I'd become a father," Visnu Gonzalez, a U.S. Marine who served in Iraq, told "Good Morning America."

Gonzalez said he enlisted after the Sept. 11 attacks, saying he "was signing the papers the same day that the towers went down."

He became a quadriplegic after suffering spinal cord injuries from sniper fire during his time in Iraq in 2004.

(MORE: 4-year-old girl with spina bifida walks for first time as her friends cheer her on)

After returning from combat, Gonzalez met his wife, Sahily Machado, while on vacation in the Dominican Republic in 2010 and they married three years later. As both of them faced fertility issues, the couple said they felt like parenthood seemed impossible.

Gonzalez, who is paralyzed from the neck down but has some limited arm strength, said he was told the only way to have a baby would be through in vitro fertilization or artificial insemination.

Eventually, Gonzalez found Dr. Tomer Singer, the vice chair, OB/GYN at Lenox Hill Hospital, Northwell Health in New York City, with whom he had an unexpected coincidence: Singer himself was conceived through artificial insemination after his own father was shot in the Israeli military in the 1960s. 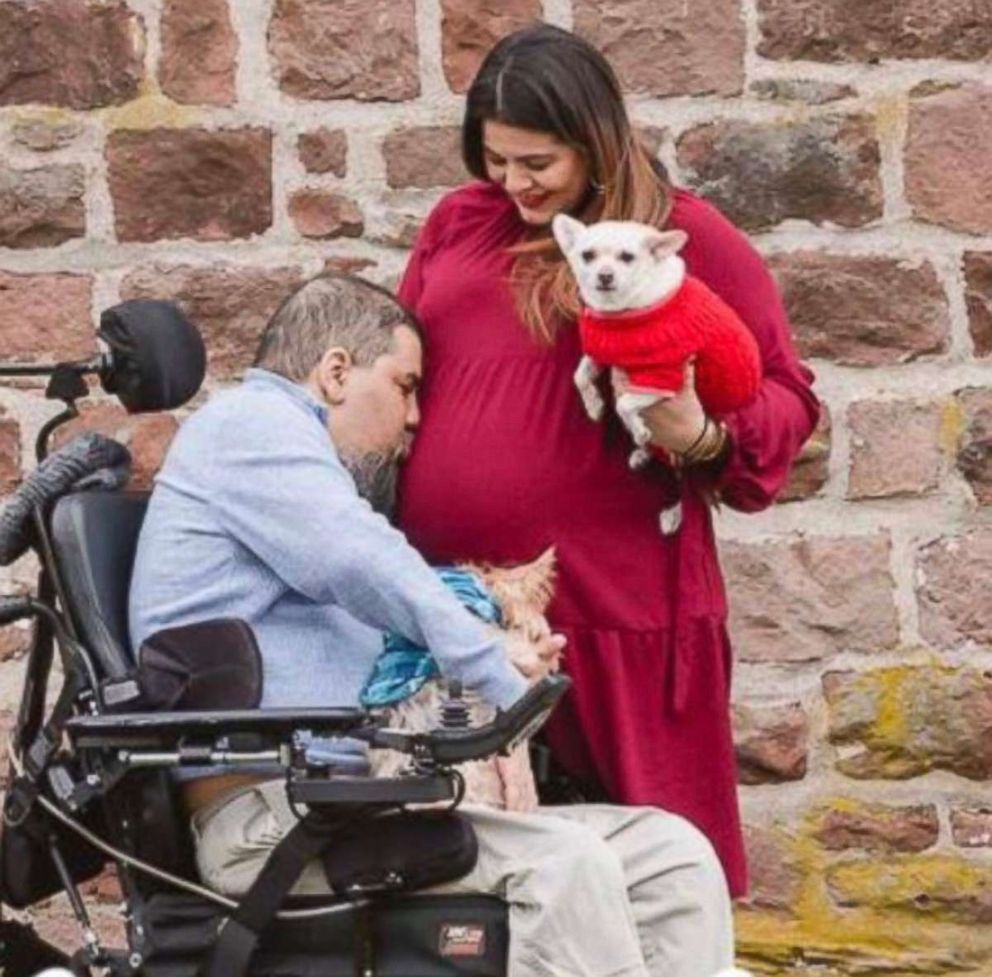 "I knew when he said his Dad was in a wheelchair that he was the doctor,” Gonzalez said.

"I remember the day we met and they came to my office," Singer said. "It was a very emotional day for the couple and myself."

(MORE: Man's tribute to his big brother on his death touches people around the world)

Despite his paralysis, Gonzalez has had years of nerve pain, which he says is almost indescribable. Through that pain, however, the couple maintained their hope of having a baby, both saying they felt they were destined to be parents.

After almost three years of treatments, Singer said he remembers delivering the good news to the couple, saying even he grew emotional. 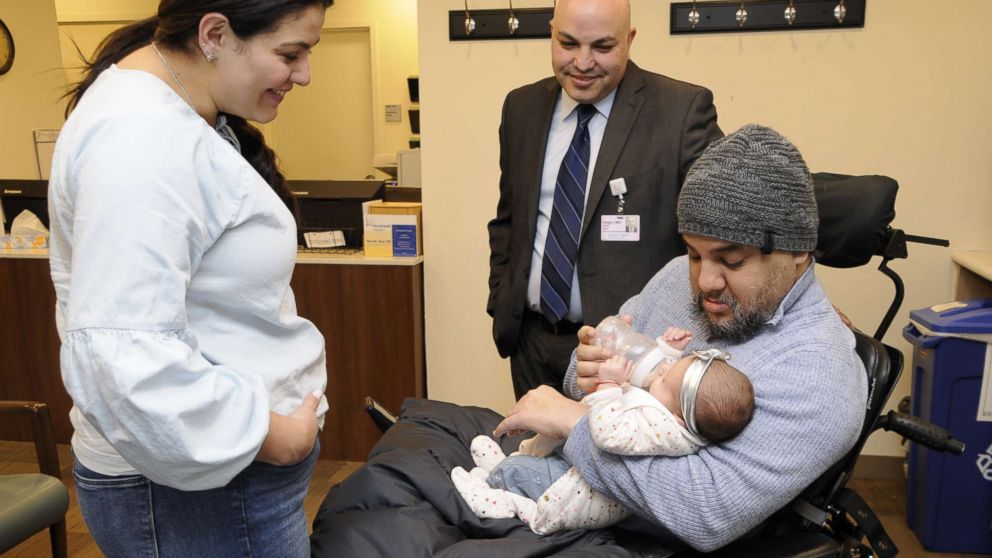 "I remember her dropping the phone and crying," he said. "And that day I'll always remember."

Finally, against all odds, the couple welcomed their miracle baby girl, Lia Valentina, on Dec. 28, 2018.

Gonzalez described the moment his wife gave birth saying, "when you see that baby coming out ... it's wonderful, especially when you're ... when you've been trying for so long." 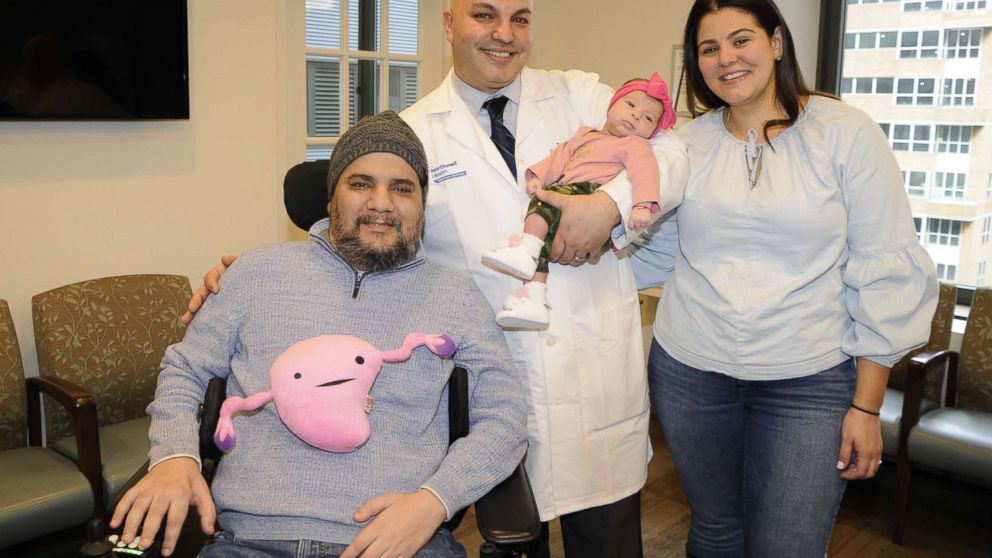 "'I'm gonna protect you. You're gonna have whatever you need,' and this and that," he said. "It's a life-changing event."

Machado added that she wouldn't "change anything, anything for her."