A set of seven brothers and sisters have found a forever home after spending 1,035 days in foster care.

"It's never boring," dad Michael Hawthorn told "Good Morning America." "There's a lot of laughs, a lot of playing and at times there's chaos but it's a good chaos."

They kept saying they loved us and were calling us mom and dad.

Hawthorn said that he and his wife adopted siblings, Korgan, 3 and Haizlee, 1, in April. These children are not related to the seven siblings who were adopted this month. 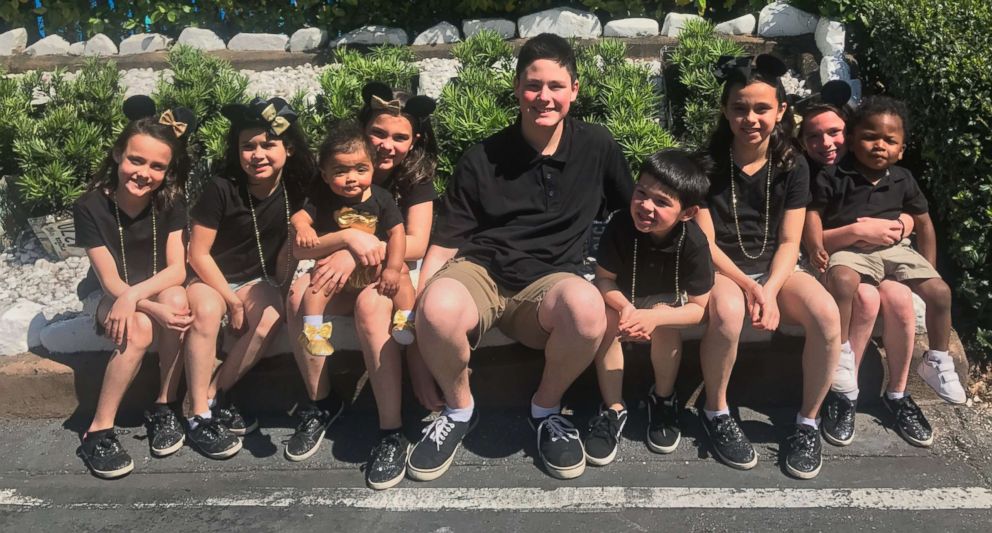 The Hawthorns met the seven siblings after fostering their twin sisters Lacey and Layna on and off for three years. The children had come from a background of abuse and neglect, Hawthorne said.

"I told my wife after a couple of days of them being here that I was in trouble--they kept saying they loved us and were calling us mom and dad," Hawthorn said of the girls, adding that he and his wife immediately knew they wanted to adopted them. 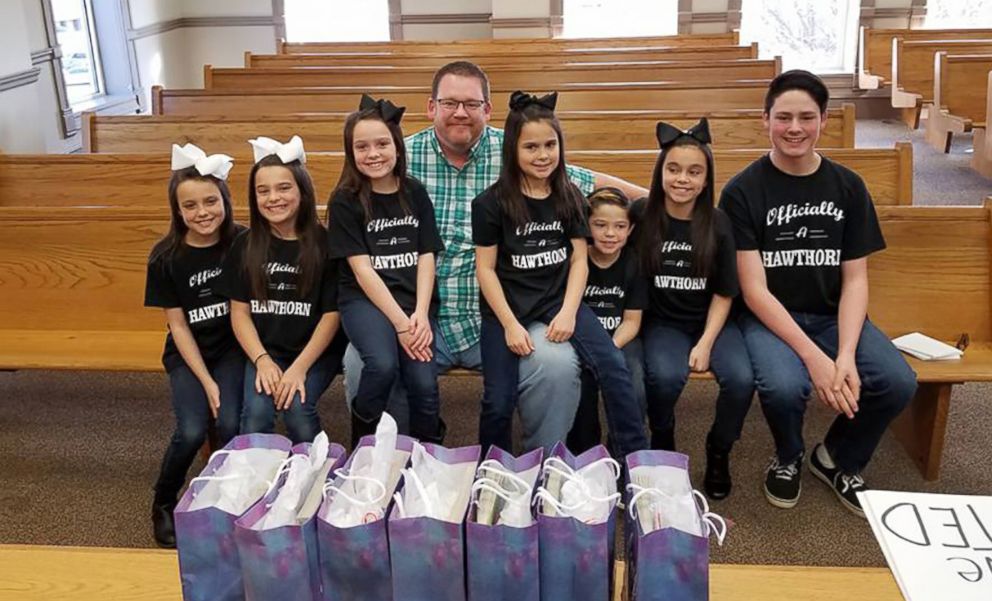 In 2017, Lacey and Layna left the Hawthorn house and moved into another foster home. Later, the Division of Children and Family Services (DCS) placed them in a children's home with their biological siblings.

But the Hawthornes wanted to adopt the girls and all of their siblings, so they asked Arkansas State Sen. Alan Clark for help. 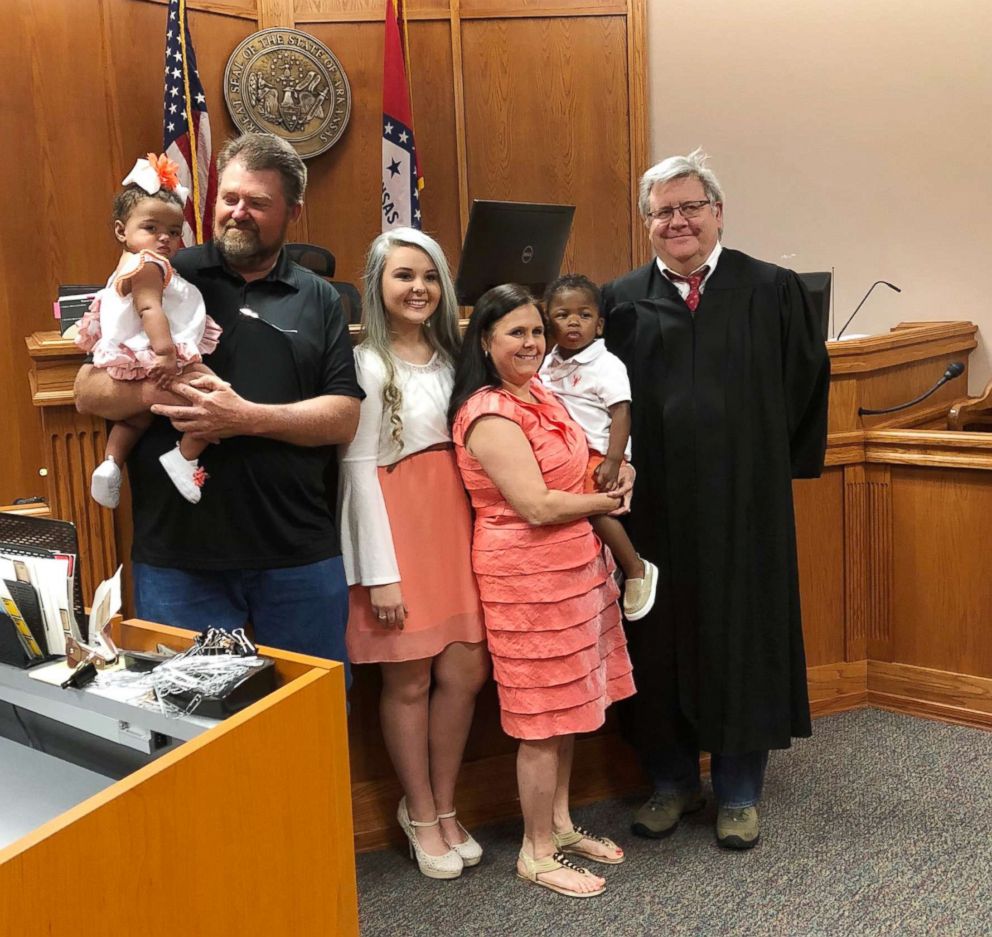 Clark told "GMA" that he spoke with the director of DCS, who agreed to place all seven children in the Hawthorns' care on a trial basis.

"You see them together, I would've fallen in love with the kids too," Clark said. "Michael and Terri are just wonderful people and even their grown daughter has come home to help and it's a real blessing for all who are concerned." 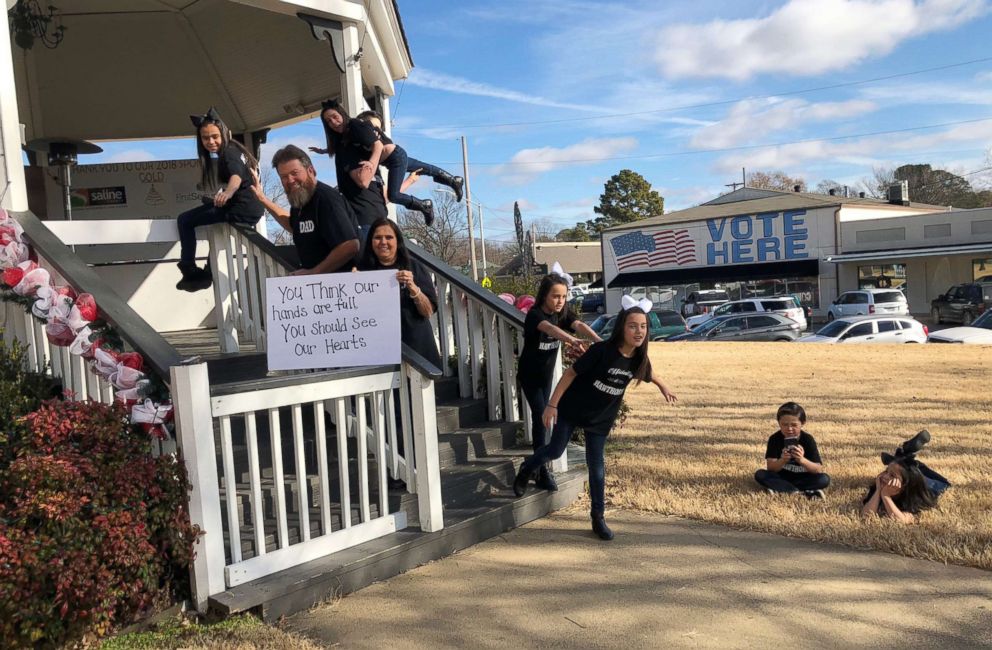 Michael and Terri Hawthorn's biological daughter Micah Hawthorn, told "GMA" that she gave up her dream to pursue acting in California [for now], to help care for her new, younger siblings.

"For me, it was the obvious choice," Micah Hawthorn said. "We were putting up the Christmas tree and they are so excited about every little thing; things I took for granted growing up. They've never had wrapped Christmas presents. It really opened my eyes." 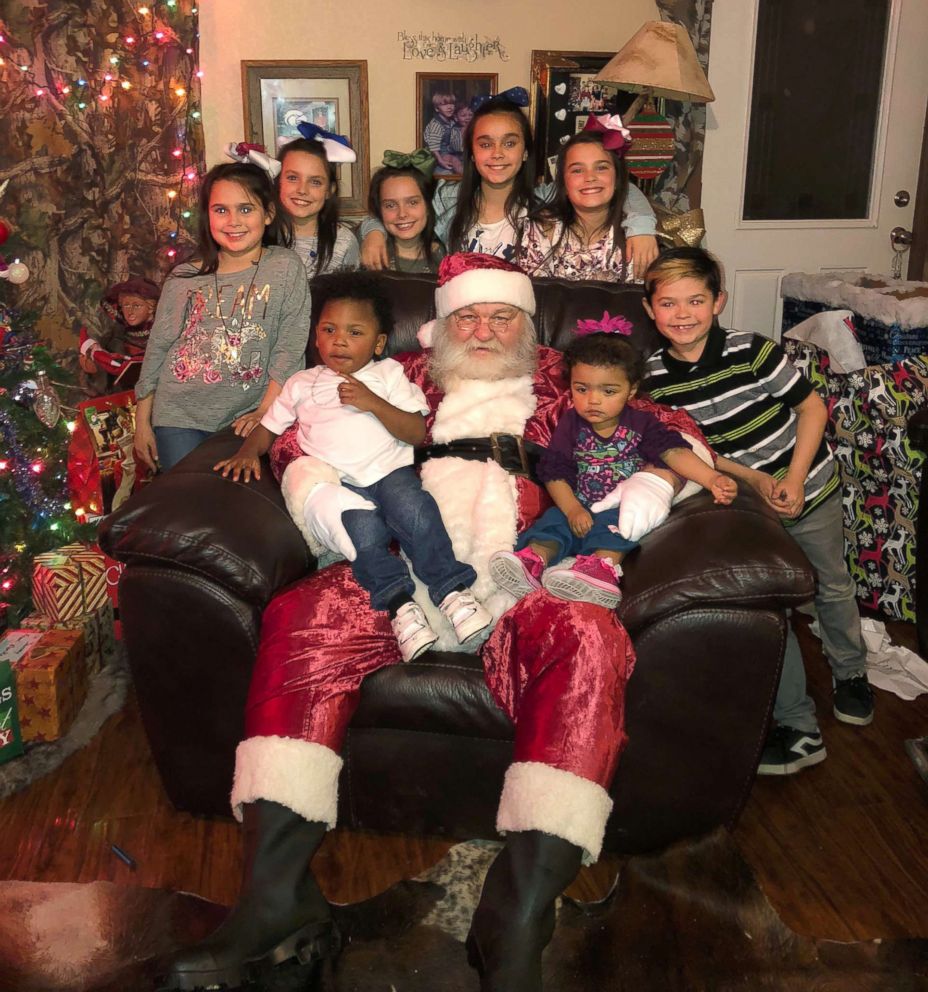 Courtesy the Hawthorn family
Eight of the 13 Hawthorn siblings pose in an undated photo with Santa Claus.

They were ours already. All this did was make it official.

She added, "I love them all very much."

The newest Hawthorn kids created a video of themselves for their YouTube channel, "Happily Ever Hawthorn." 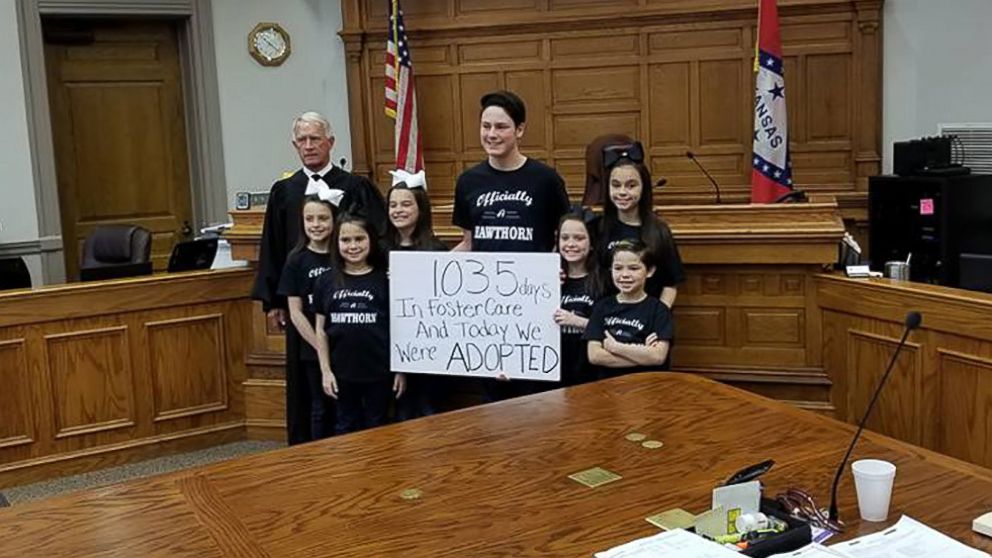 "We would hope after seeing our video and hearing our story, there will be people willing to open their hearts and homes to children in the foster care system," Michael Hawthorn said.

"They were ours already," he added. "All this did was make it official."