A set of twins from Tennessee have welcomed daughters on the same day, which also happened to be their birthday.

Amber Tramontana and Autum Shaw were in neighboring rooms at Fort Sanders Regional Medical Center in Knoxville when they gave birth 90 minutes apart.

"Autum delivered and we were able to hear a faint cry," Tramontana, of West Knoxville, told "Good Morning America." "My husband knocked on the wall as a way of saying congratulations. Ninety minutes later, we deliver and they returned the same knock." 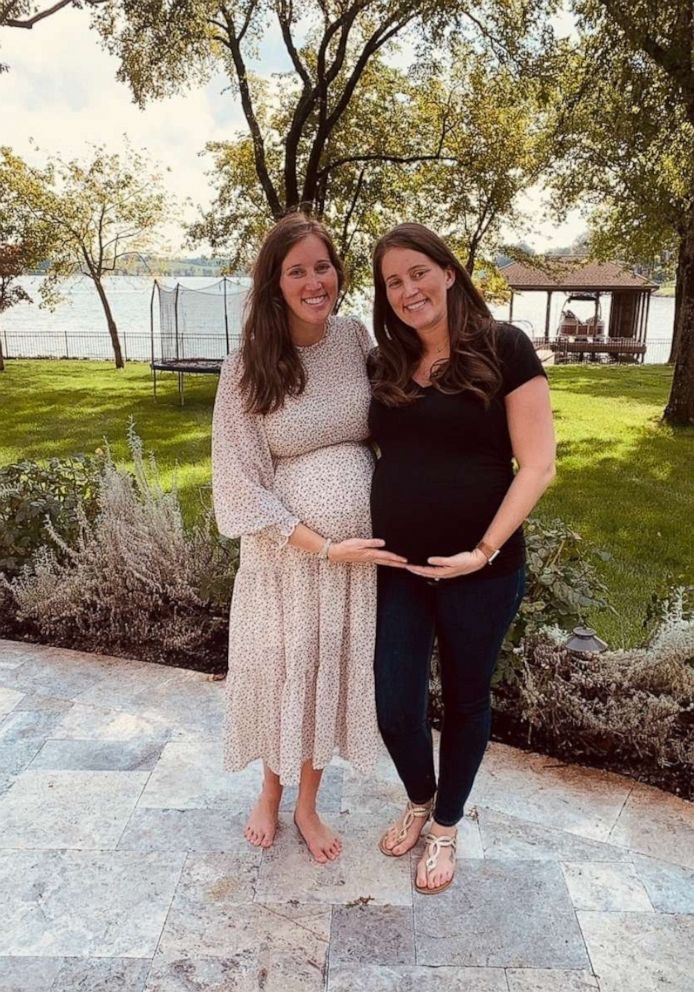 Both women were induced and their official due date was Oct. 29, the day they turned 33. Tramontana is older than Shaw by two minutes.

Tramontana and Shaw also have toddler boys who are the same age. 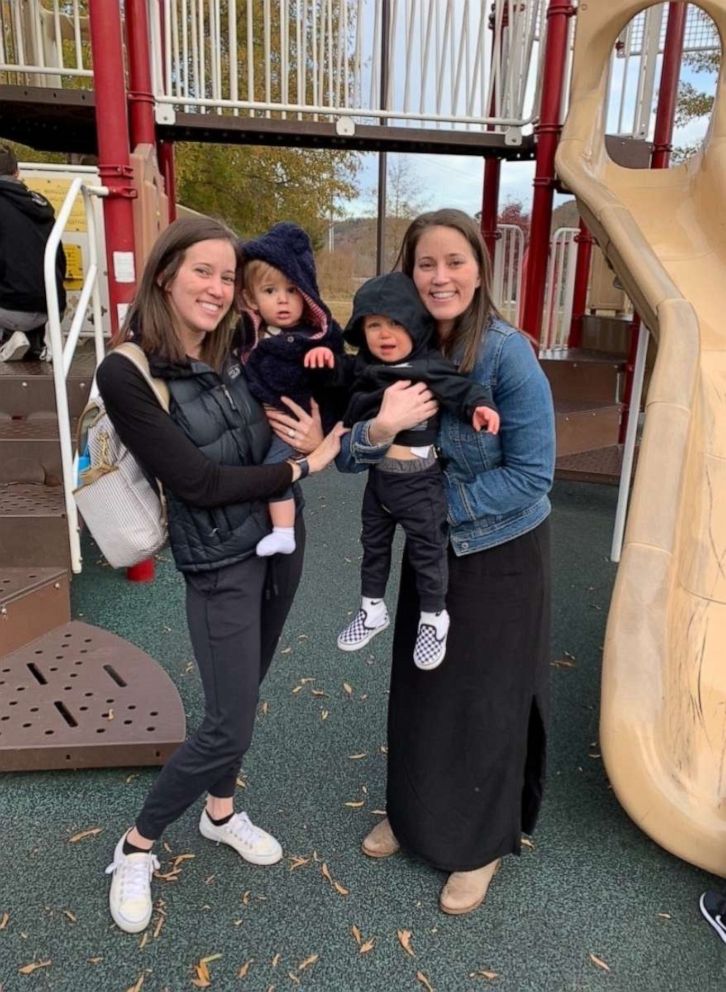 "We've done everything together our entire lives," Shaw told "GMA." We went to nursing school together, we were pregnant with our boys together at the same time and for the delivery of our girls."

More: Doctor delivers mom, dad and then their newborn

Shaw said she and Tramontana did not plan on being pregnant at the same time. Shaw struggled with infertility after having her son, and learned she and her sister were both expecting a few months after she miscarried on Christmas Day 2019.

"There was all this waiting and heartbreak ... now I look at this bigger picture and God had a bigger plan," Shaw added. 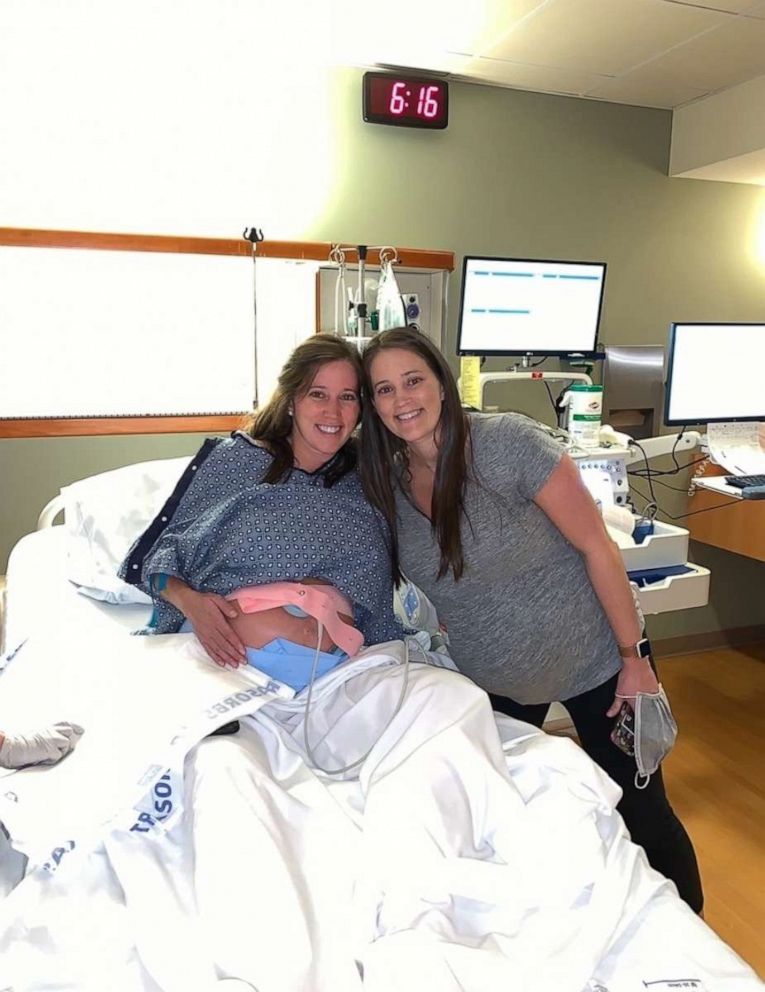 Dr. George Vick delivered the twins' baby girls as well as Shaw's 2-year-old son. Maverick. Vick said that in his 40-plus years as a practicing obstetrician he has delivered for wins before, just never on their birthdate.

"Amber had a little taste of labor. I saw her the day before and then her sister was ready to roll so we had babies," Vick told "GMA." "It was a miracle." 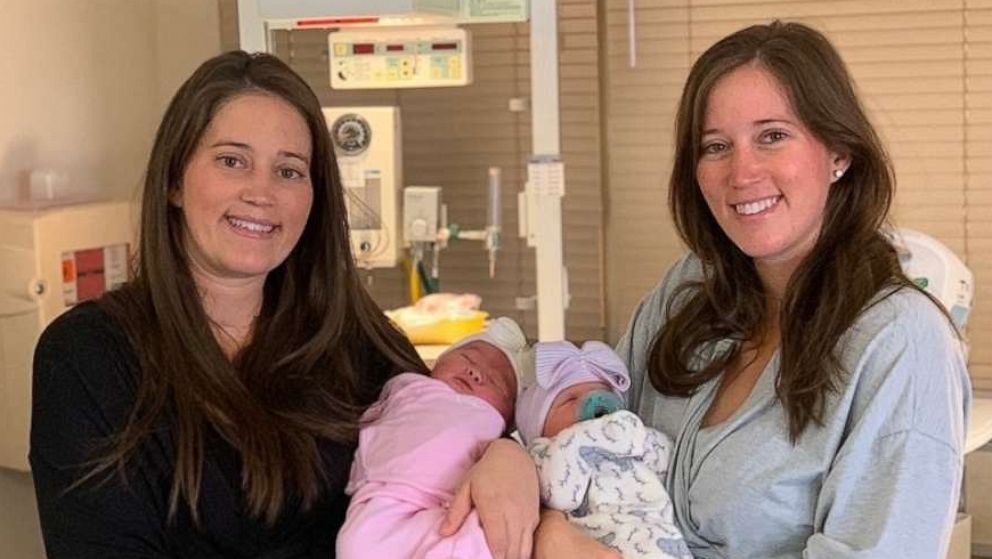 Tramontana and Shaw said they're looking forward to making birthdays "a big deal" as their girls grow up together.